I have finally completed painting my Autumnal Wood Elf army, just as Winter is upon us and Autumn is fading away!

The army did take longer to paint than I hoped, about two months in all. It was enjoyable to paint, although I did find the last batch of Scouts difficult to finish with other distractions. I am very pleased with the overall look, colour scheme and choice of the autumn look. It does really look unusual and I will at some point get some Autumn scenery and trees to do a more suitable set of photographs than below, giving better impression of the army in it's correct season.

All said and done, Jes Goodwin sculpted some nice Elves, and they are good to paint  :)

The army was desgined for 3rd Edtion Warhammer, the army is as follows:

5 scouts, inc Level 5 Elf with longbow and one Hail of Doom arrow = 110 points

5 scouts, inc Level 5 Elf with longbow and one Hail of Doom arrow = 110 points

As with a lot of Wood Elven armies it is archers heavy, consisting of 91 archers including the General. I deliberately chose the Archer and Lord's Bowmen units in 15's as that is the maximum size an infantry unit is be able to skirmish in, and the list allows for two of each of these units to skirmish. Also, if necessary, they can rank up in 4x3 and fight in melee with the hero and standard bearer adding their support.

The plan is deploy the whole army in skirmish formation in order to maximise the number of bow shots. The Scouts, which are always able to skirmish, will deploy on the flanks to harrass the enemy. The two smaller Scout units with the one hail of Doom Arrow, are designed to pick off especially threatening enemies. The Treemen are to be used as a counter charge or block to threats. The Eagle to swoop around slowing up enemy advances. The General, Wizard, and Zoat will their assitance to where it is needed. 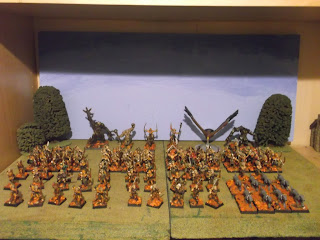 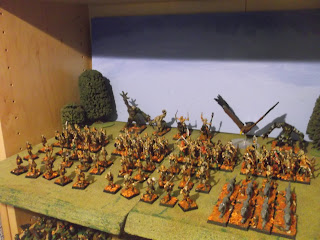 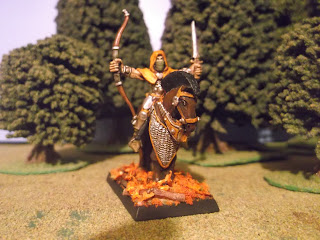 The Army General:
Level 20 Elf Hero mounted on a Warhorse.
I do like this miniature, and I am glad I managed to add him to the army. I need to think up a name for him at some point. 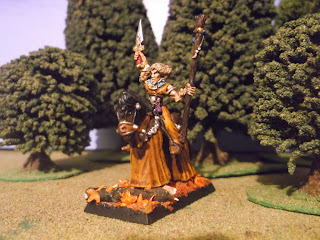 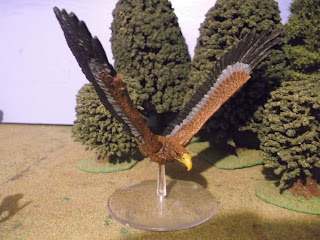 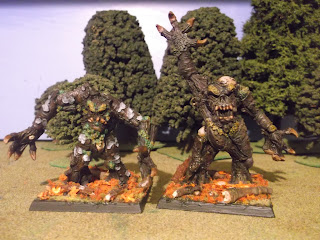 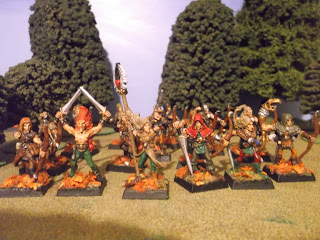 15 Lords Bowmen, +1 Missile Elite.
Like all the Lord's Bowmen and Archers units they are made up from the Skarlocs Wood Elf Archers boxset (Regiment of Renown RDD4), although for other units I have varied the command miniatures. 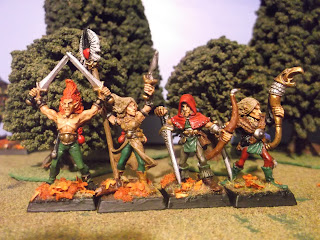 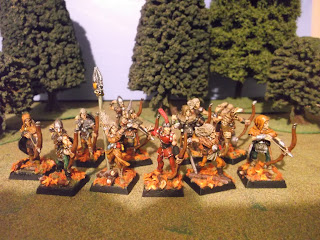 The second unit of 15 Lord's Bowmen. 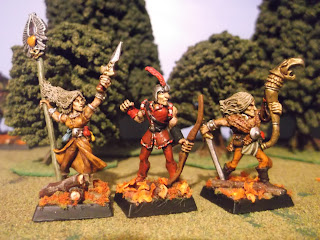 Command figures.
I used the Kaia and Araflane miniatures in both Lord's Bowmen units to tie them both together.  The unit leader is Rakir the Red from the Citadel Eternal Champion range, EC05 Melnibonean Personalities range. 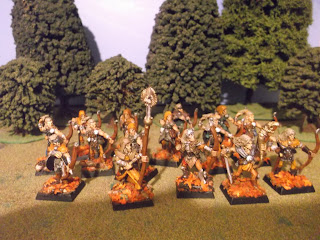 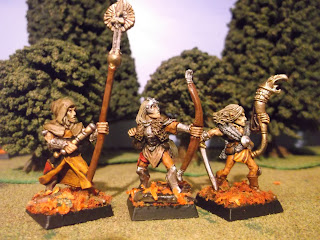 Command group, with a standard Bearer from the Elven Command Group Range, leader from the Eternal Champion range Melnibonean Infantry, and the Musician Araflane again. 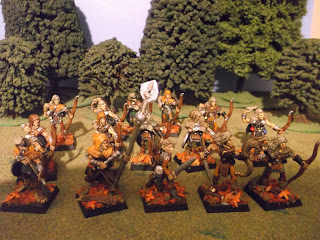 The final unit of 15 Archers. 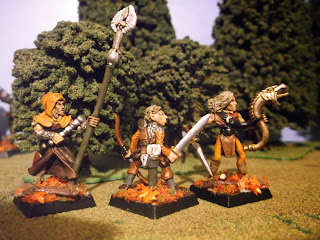 Command group.
The standard is the same as the other Archer unit, the Musicain from the Command range as I ran out of 'Araflanes'.
The leader is a C08 High Elf named 'Orc Slayer'. Might swap him into the Lord's bowmen as he is the miniature illustrated in the army entry box art. 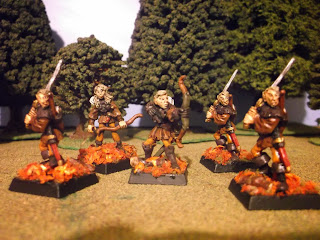 5 Scouts from the Citadel 1980s' Lord of the Rings Range, ME31 Silvan Elves of Mirkwood, and another C08 High Elf. 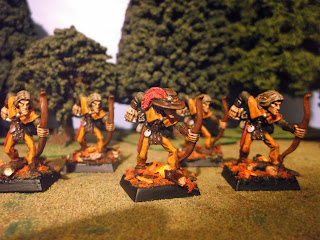 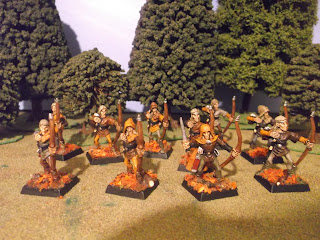 10 Scouts.
The Scout troopers are from the alternative Lord of the Rings ME31Silvan Elves range. 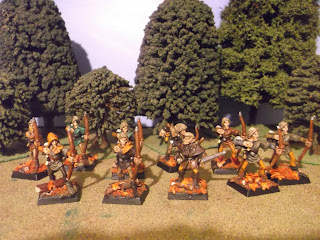 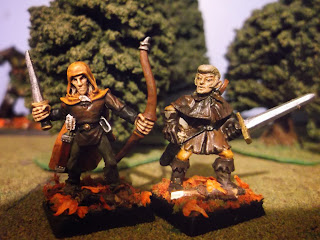 Unit leader of the larger Scout units.
On the left is Legolas from the Citadel Lord of the Rings Range ME2 Fellowship Heroes pack (a pack that I thought may have been designed to represent the pursuit of Merry and Pippin in the Two Towers). On the right the Elf that looked like Elvis! 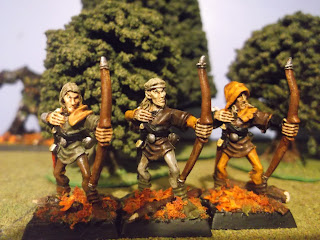 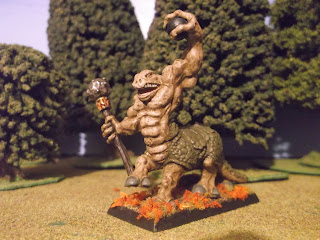 Level 15 Zoat Wizard.
I only included the Zoat because this was the only army I could use him, and I wanted to use him. That and he is useful in colse combat.

What next?
Well I still have the Empire, Skaven, and High Elf Armies to paint to complete the all of the armies in the Warhammer Armies book (and the Norse army from the White Dwarf list). However, I might take a break from Warhammer Fantasy and paint Squats, or even something else.