Vulture Warriors from Dimension X meet plenty of Cheerful Orks with Plasma Cannon was Paranoia/Warhammer 40k cross over scenario published in White Dwarf #112. The idea was that it could be run either as a 40k game, or as the basis of a Second Edition Paranoia adventure.

For those of you unaware, Paranoia was a roleplay game from the 1980's, published by West End Games and also published in the UK by GW. It is set in a dystopian future where humans lived in vast underground city complexes (the game was set in 'Alpha Complex') and goverened by a Computer. It was more of a tongue in cheek game (beer and prestels to use the Americanism) and less serious minded than some of the other RPG's. I played/GM-ed the Second Edition in the late 1980's and very early 1990's, and it was fun.
Players usually took the role of a 'Troubleshooters'- low ranking citizens sent on some mission which ususally was fatal/nothing to do with the orginal briefing/bizzare/and or almost impossible (but not always) to complete.  Did I mention it being fatal? :)

Added to this, players had thier own secret missions, which usually involved robbing/killing/framing other players, or even just retriving something for someone further up the command structure.

The thing which was also fun was that citizen social status was colour co-ordinated, almost like some sort of 1950's American Sociological Thoery, and people wore clothes of the appropriate colour. Infra red (black clothing was the lowest). Troubleshooters started off as Red Level Citizen, and then could work thier way up society (well not if the GM was doing thier job properly they would'nt!), next yellow, orange, etc, until the top level, Ultraviolet who wore white. 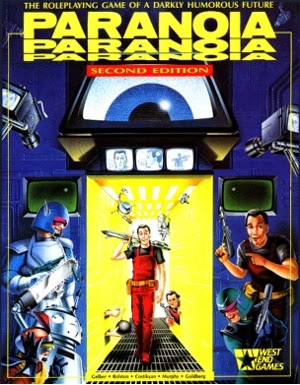 The Cover of the Second Edition.

Now the idea of the scenario was to have a light hearted game of 40k based on the premise that a bunch of Troubleshooters are transported to the 40k Universe/time via and R&D device known as the Transdimensional Collapsitron Device. Here they meet a bunch of bored Orks in a confined space, and much hilarity (and explosions) ensue.

Now Citadel produced a small range of miniatures for Paranoia, a list of which can be found here:

I collected a few of the miniatures at the time, and picked up the odd one or two over the years. It was only a couple of weeks ago I decided that I would assemble and paint up the Troubleshooter force for this scenario, for no reason other than fun. It turned out I only really needed one more miniature as I had several of the old Paranoia models, including Robot. All of the models in the force are from the Paranoia range, and although in the range the minautres are listed under their released names, I have  re-named them appropriately for this scenario.
I have more than enough Rogue Trader Orks to act as the unlucky Orks receiving an unexpected housecall.

Enjoy :) (afterall, as the Computer says 'Happiness is Mandatory'). 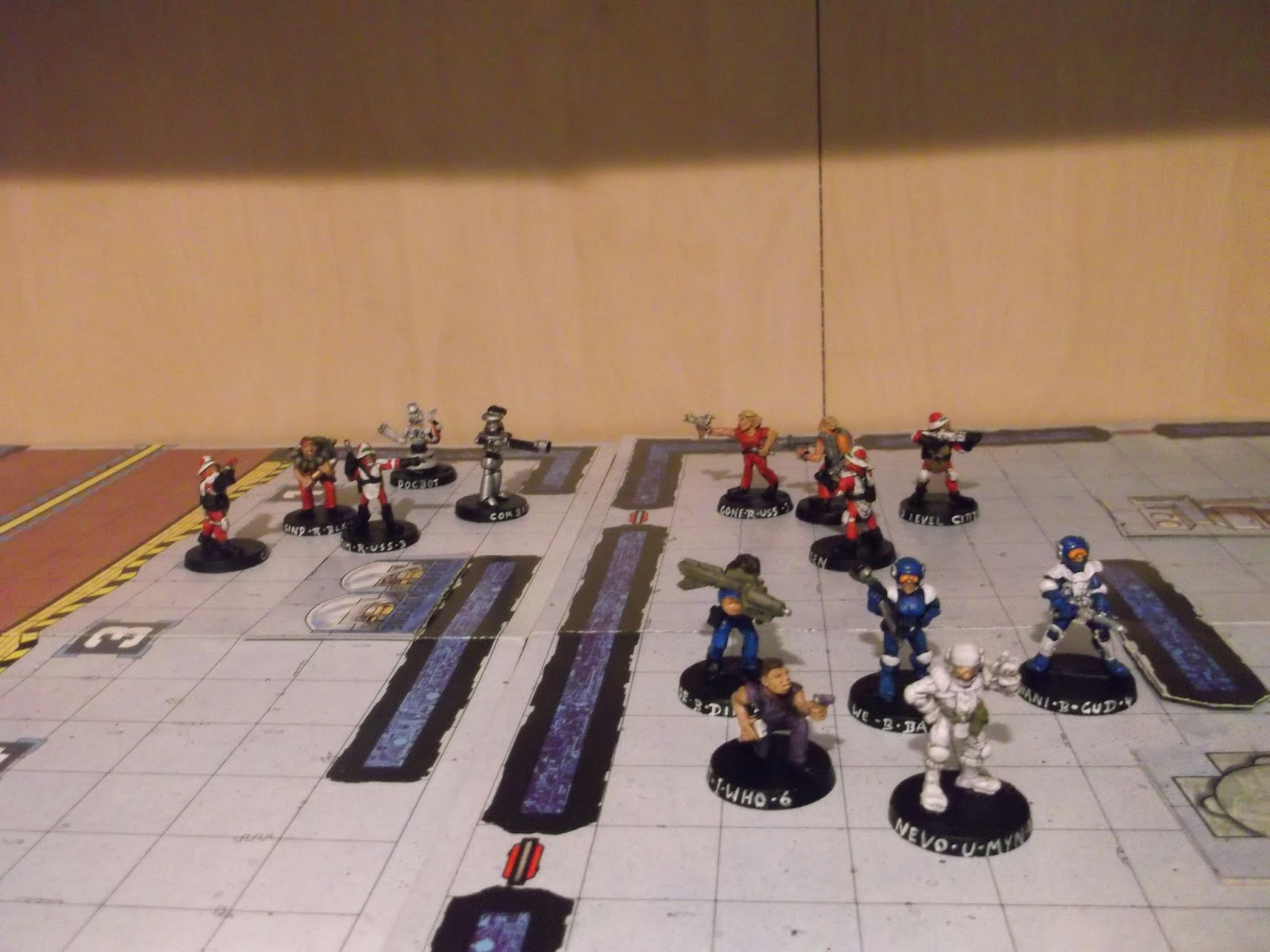 The three squads on a couple of Citi-Block floor plans. 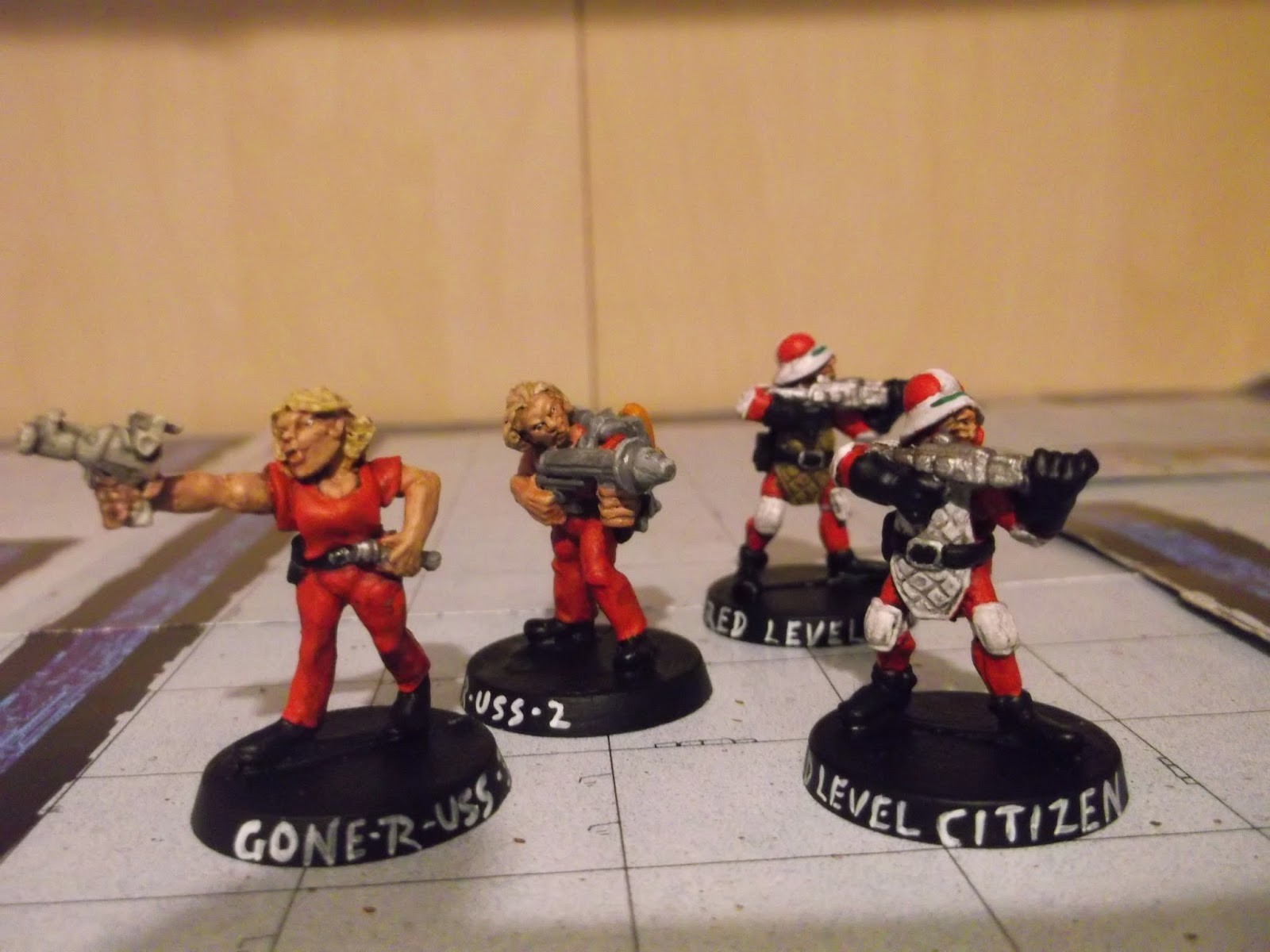 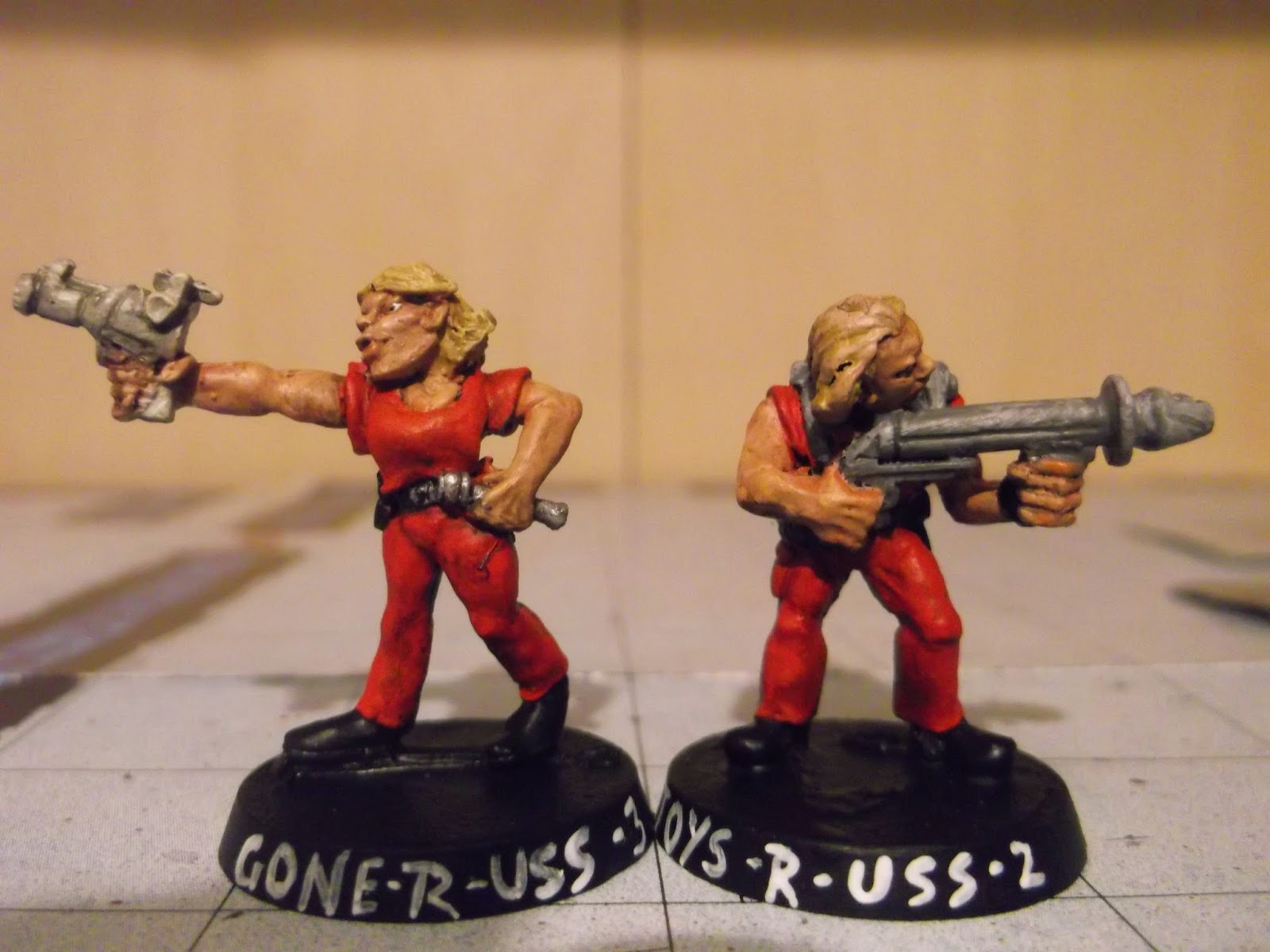 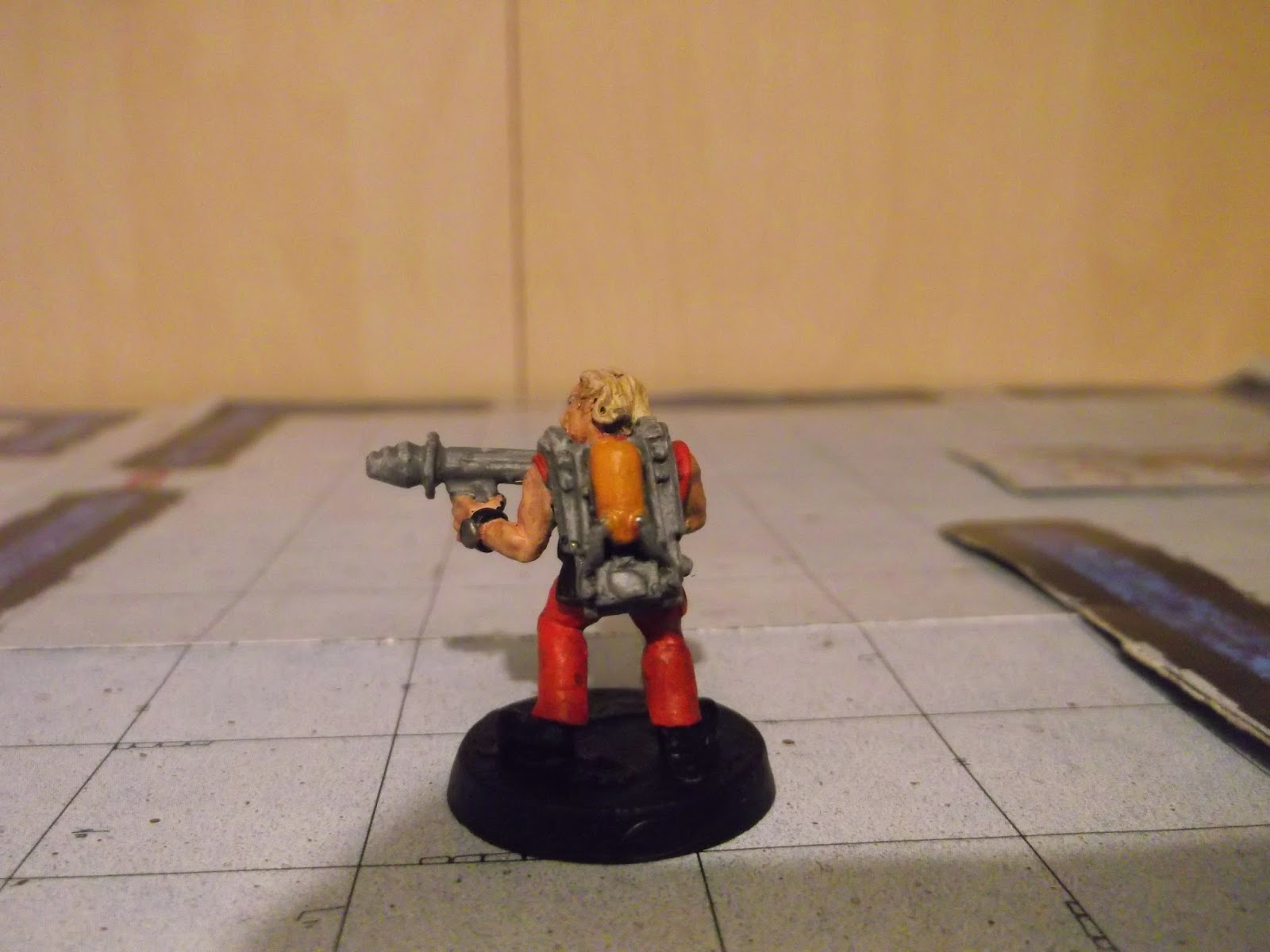 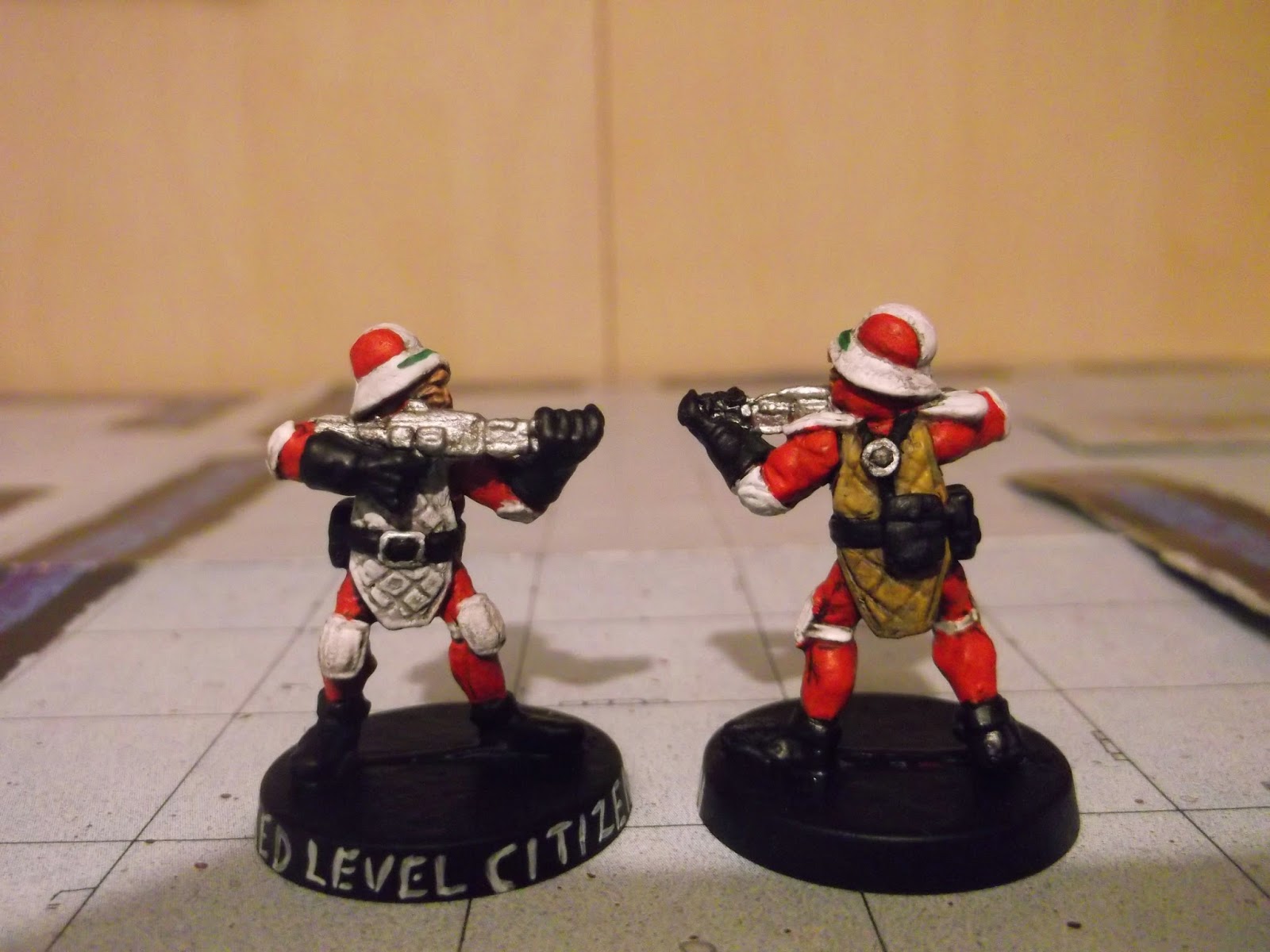 Two Red Level Citizens.
I have painted the one on the right with a slightly different coloured armour like the artwork on the 1st Editon of the Paranoia rulebook.
The end of the Las-Guns were delicate, and snapped off over time. 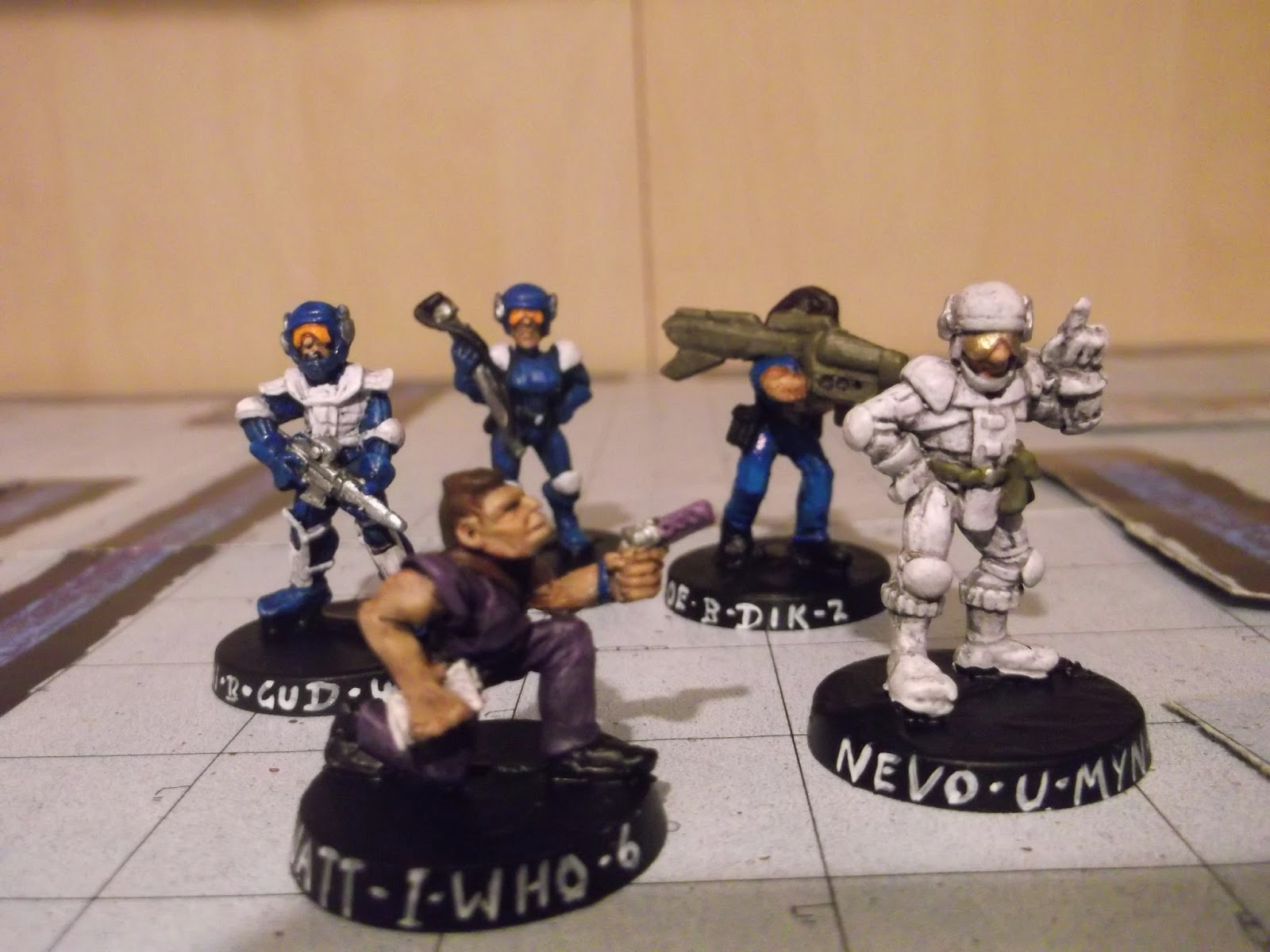 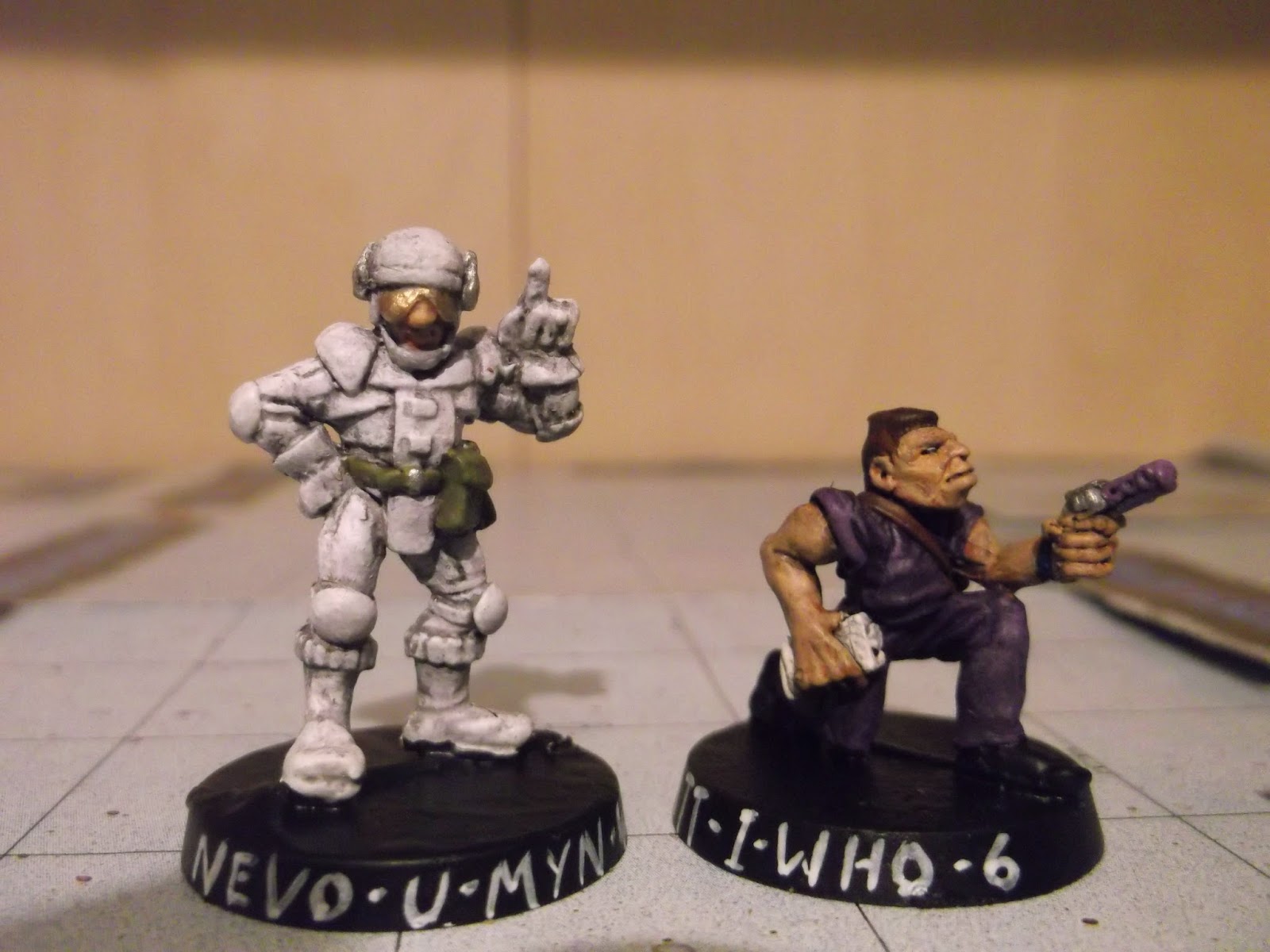 Nevo-U-MYN-4, the leader of the force,  and Watt-I-WHO-6, with the Transdimensional Collapsitron Device. I have painted most of the gun barrels with the appropriate clearance colours. 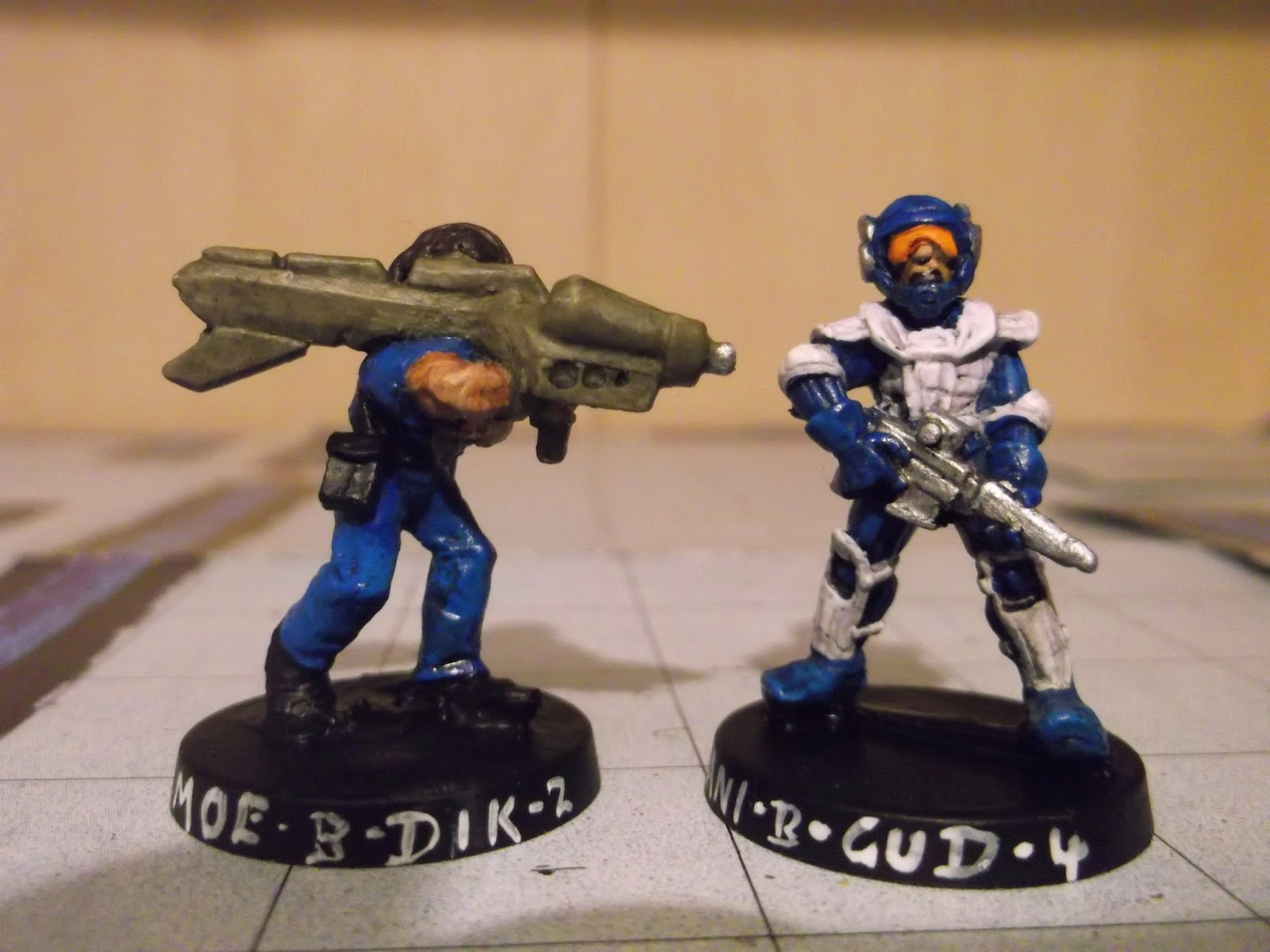 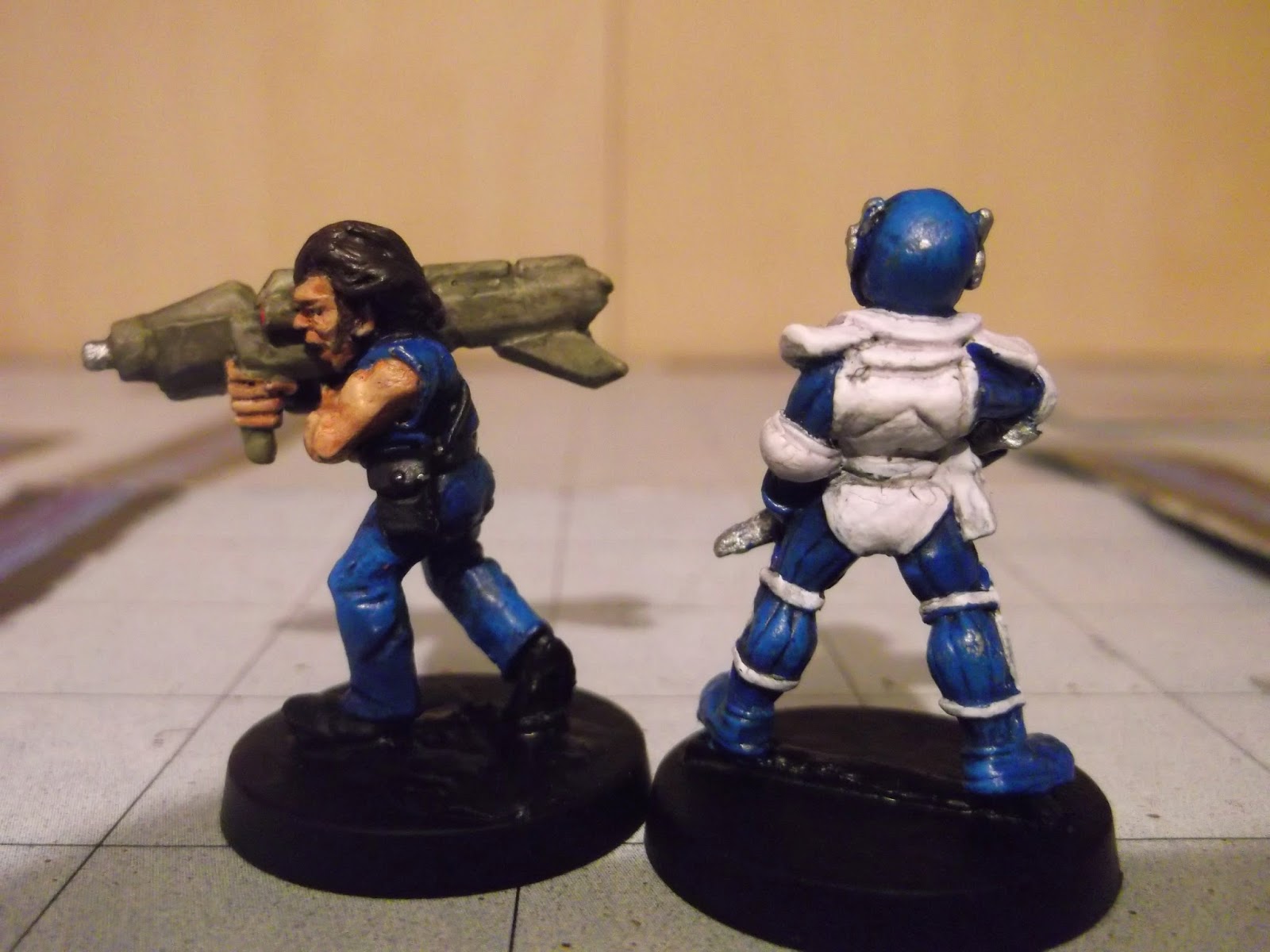 Rear view of above. 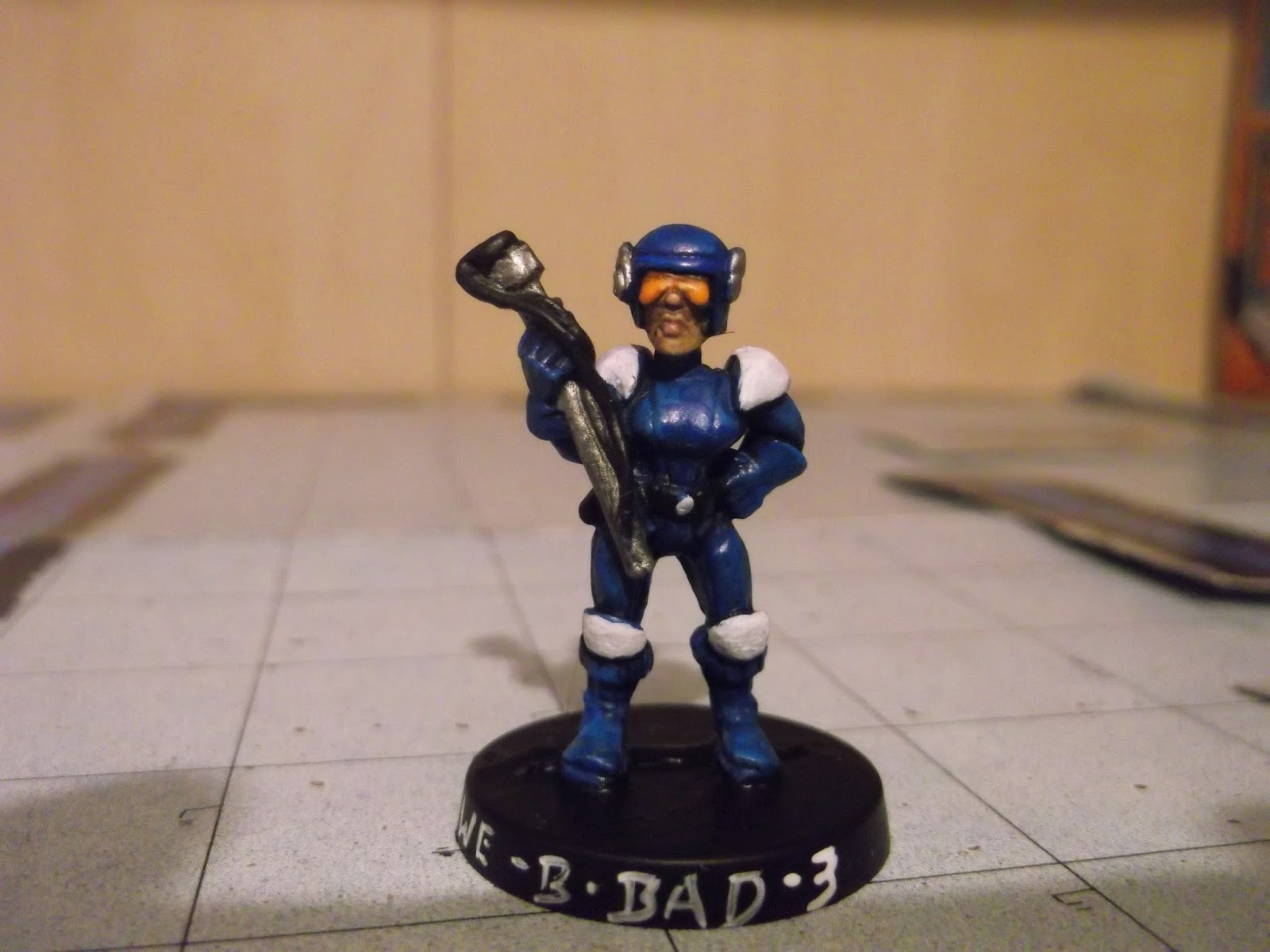 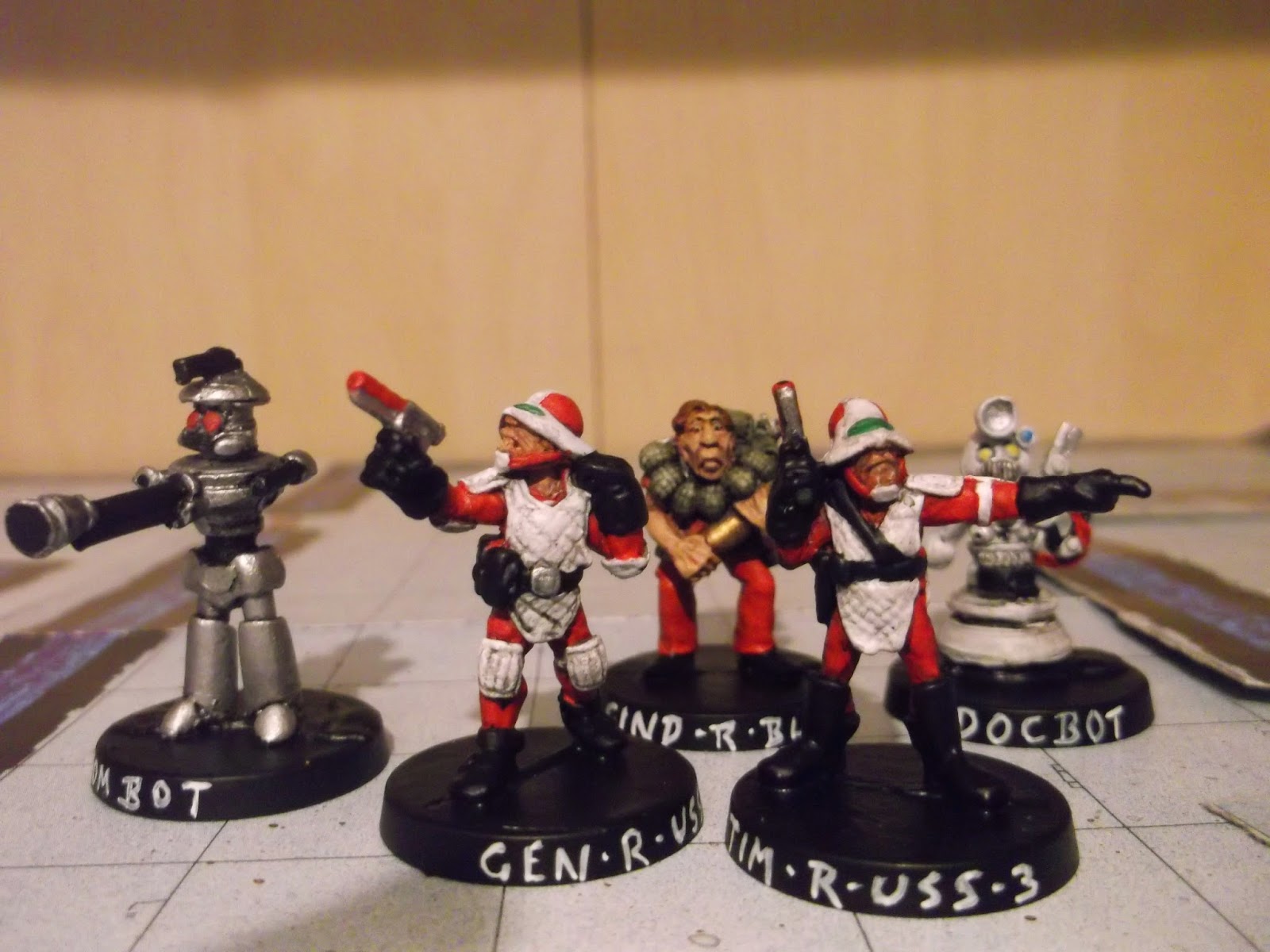 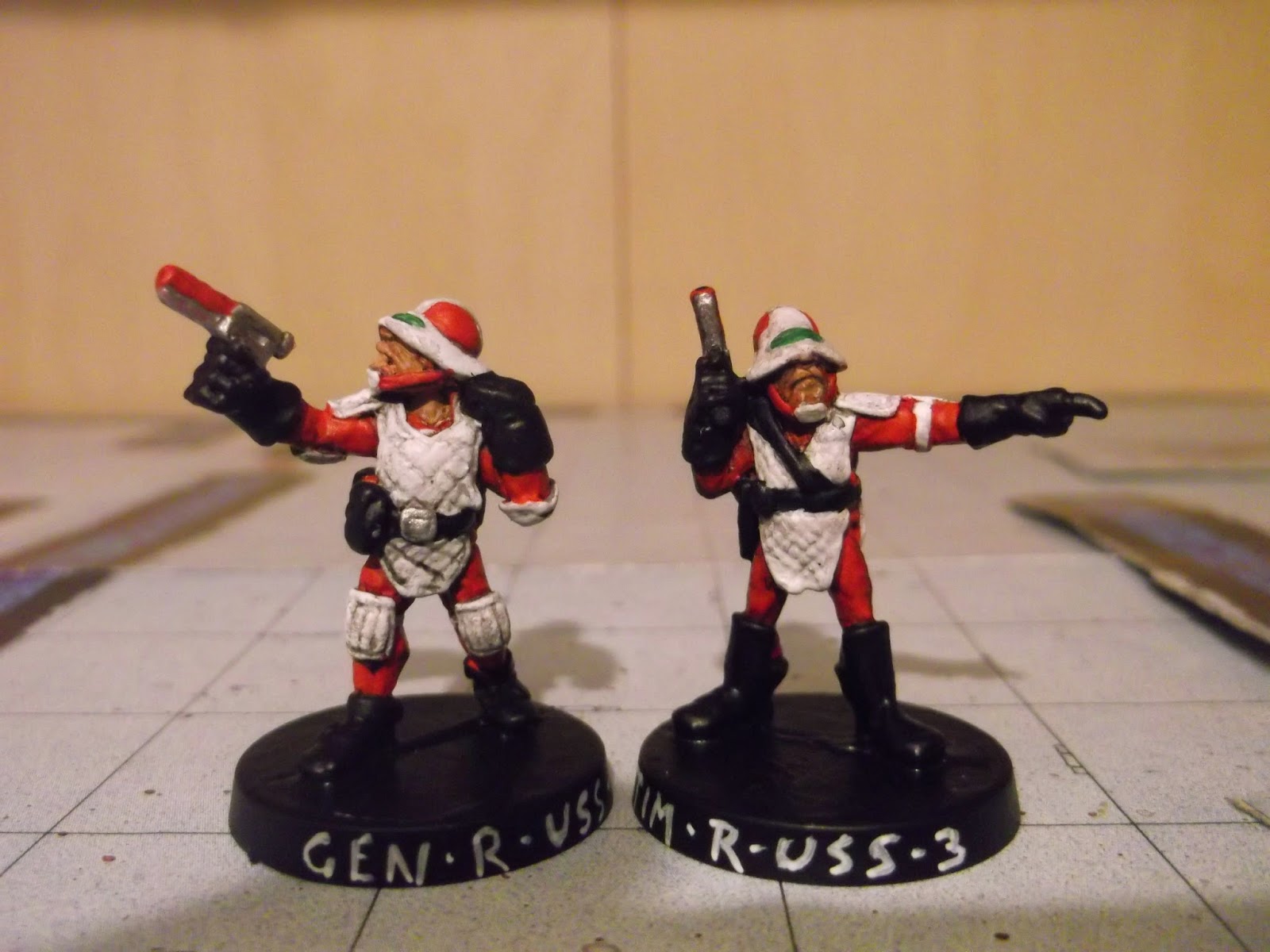 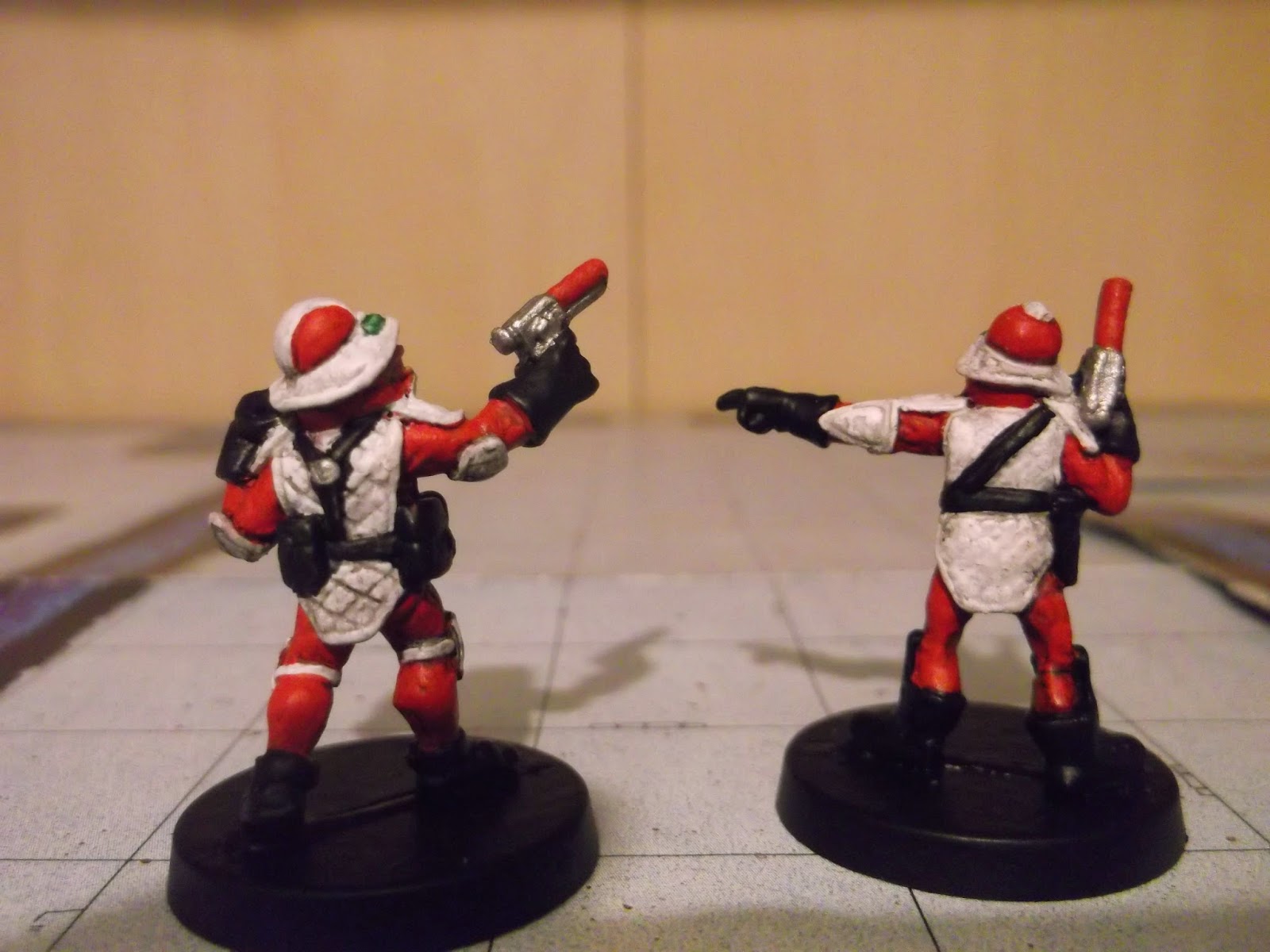 Rear views of the above. 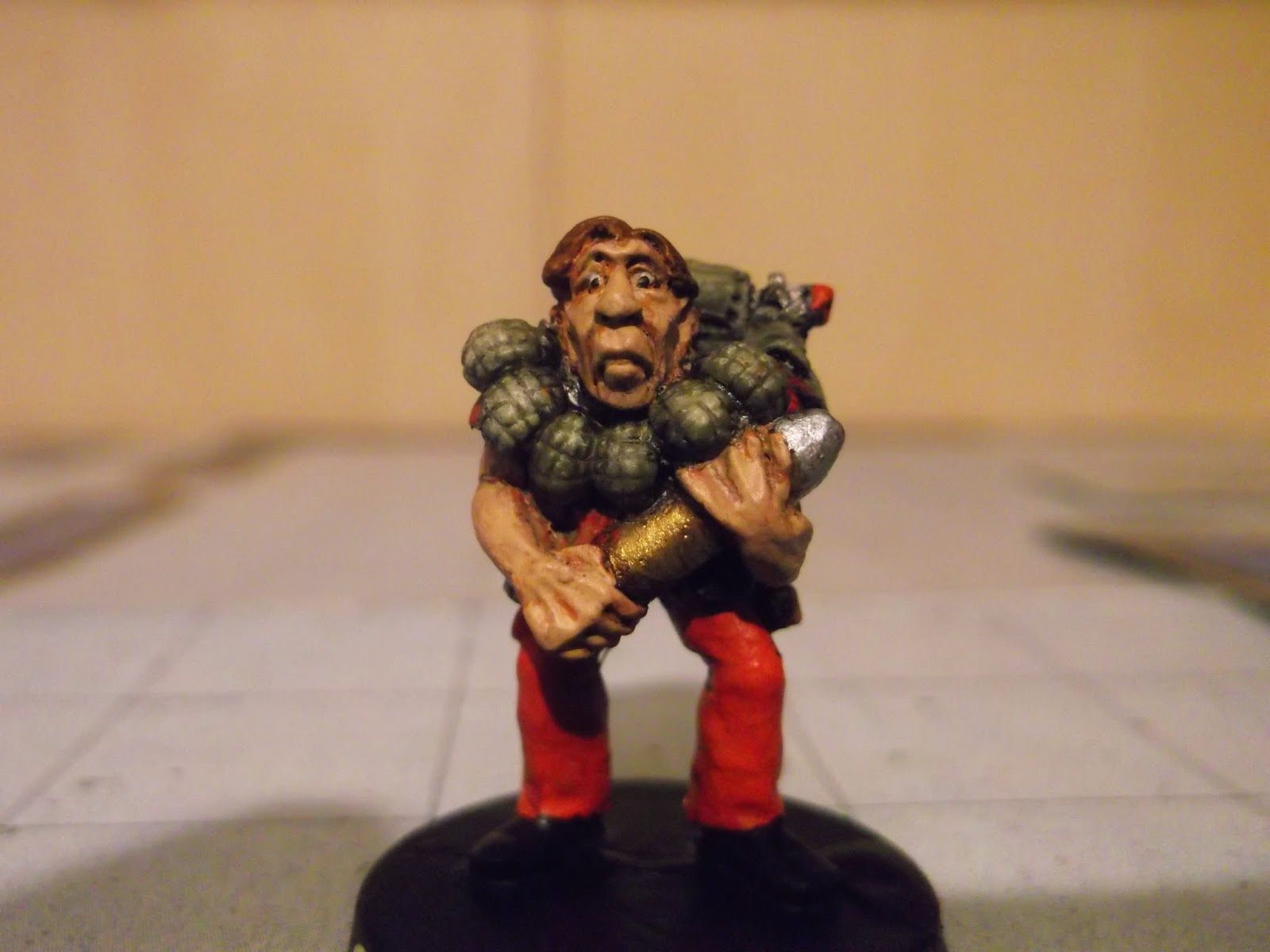 Cind-R-BLK-1.
I think the miniature looks a little like the comedian/actor Frankie Howerd! 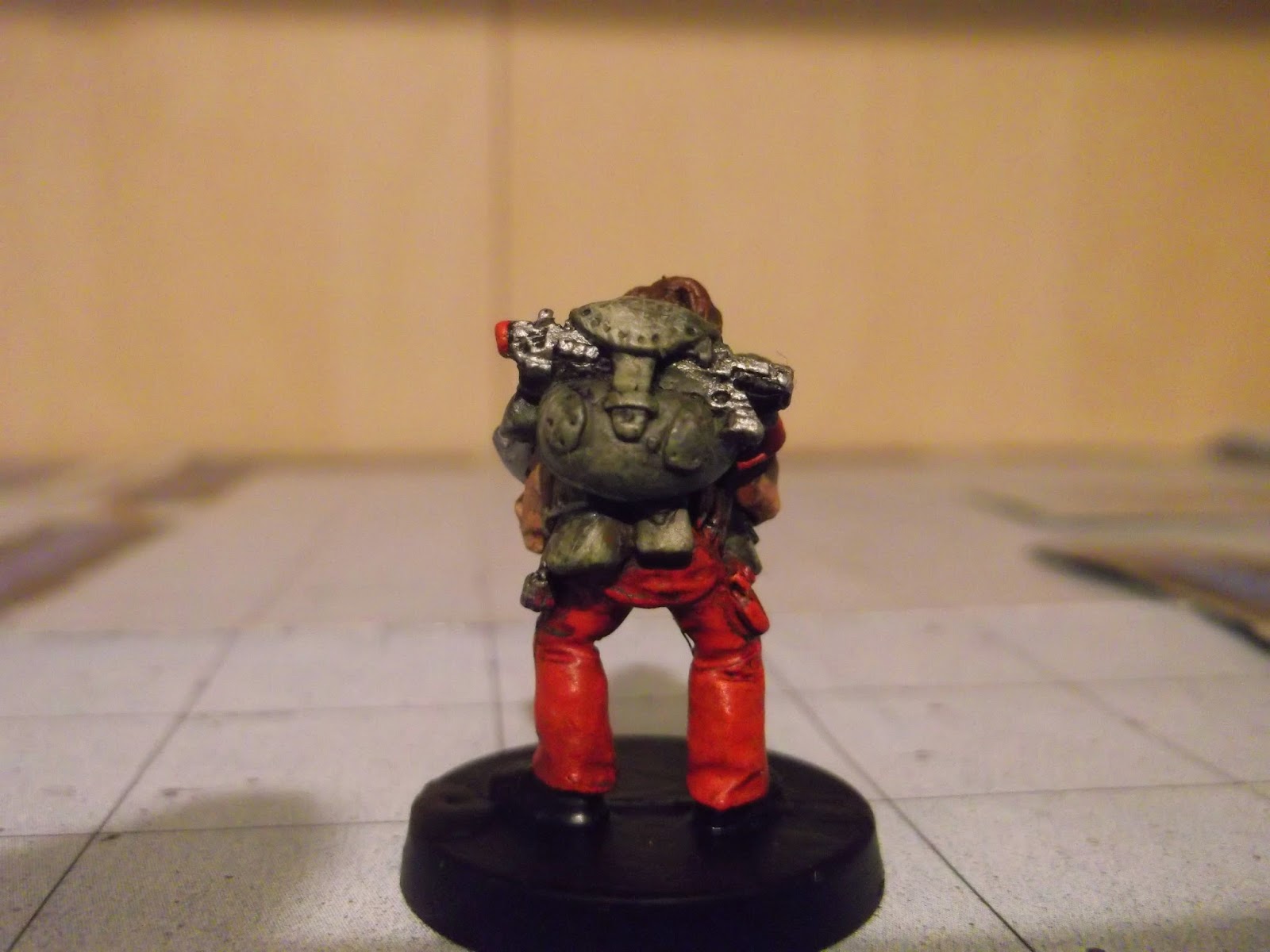 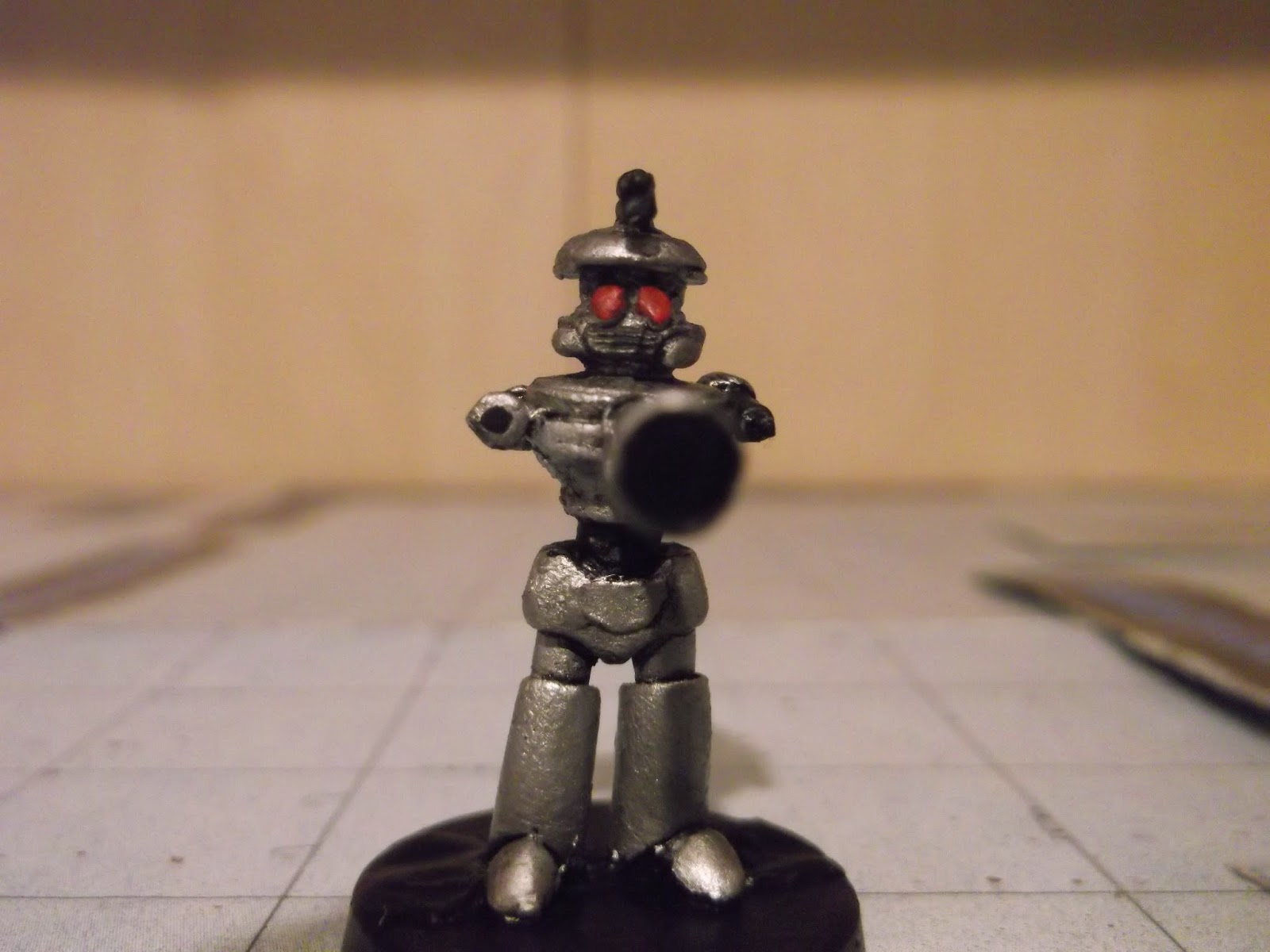 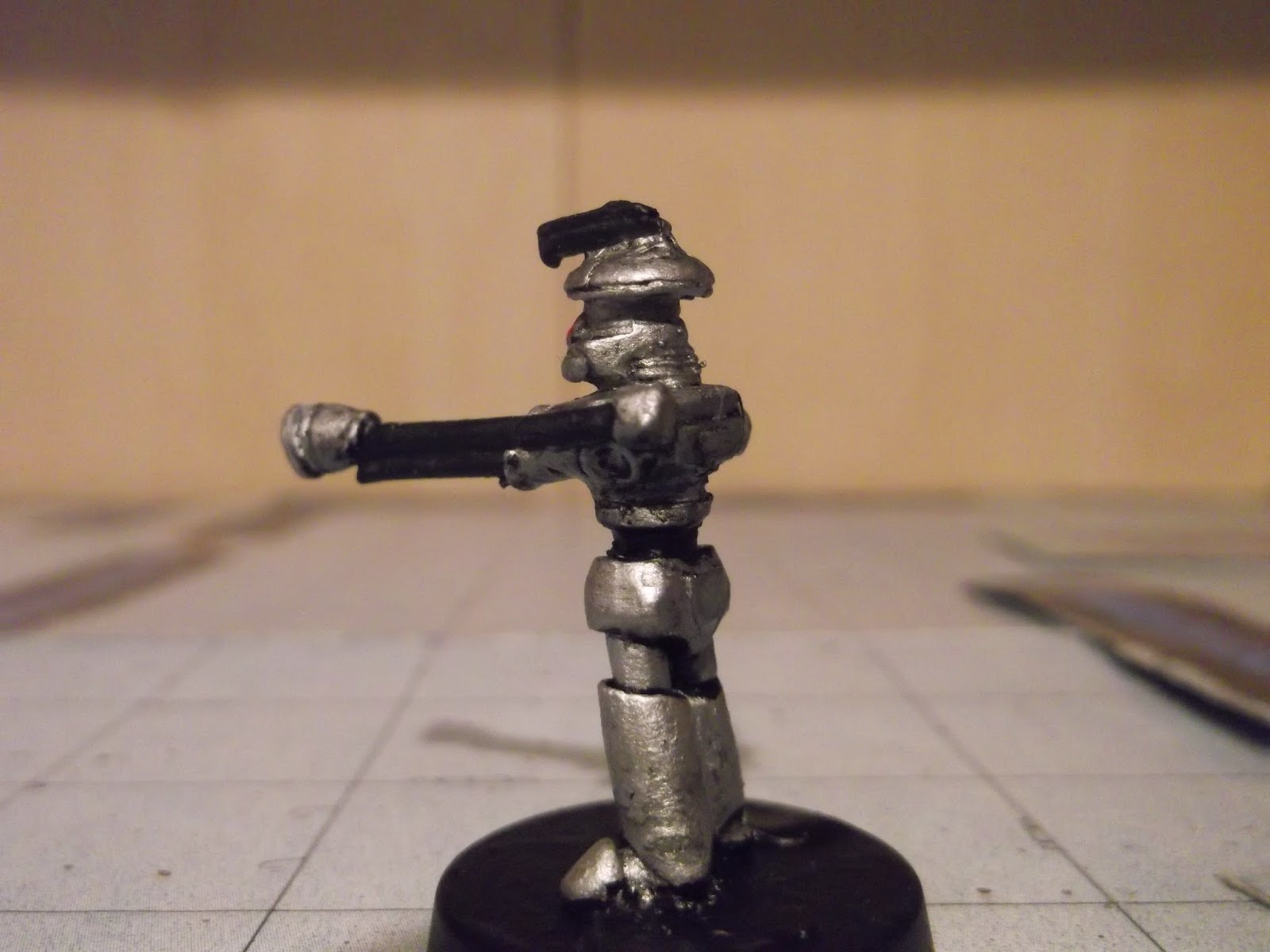 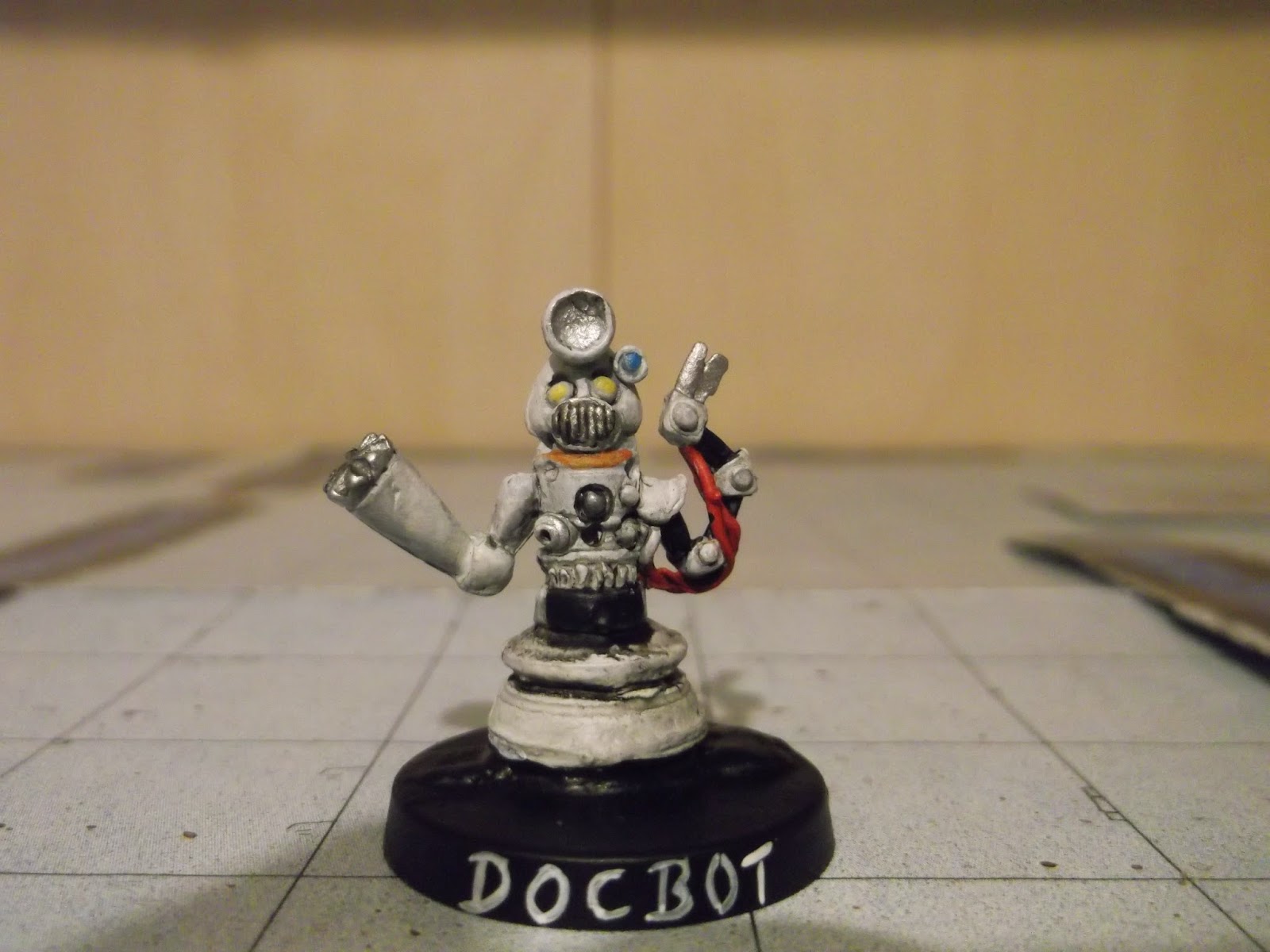 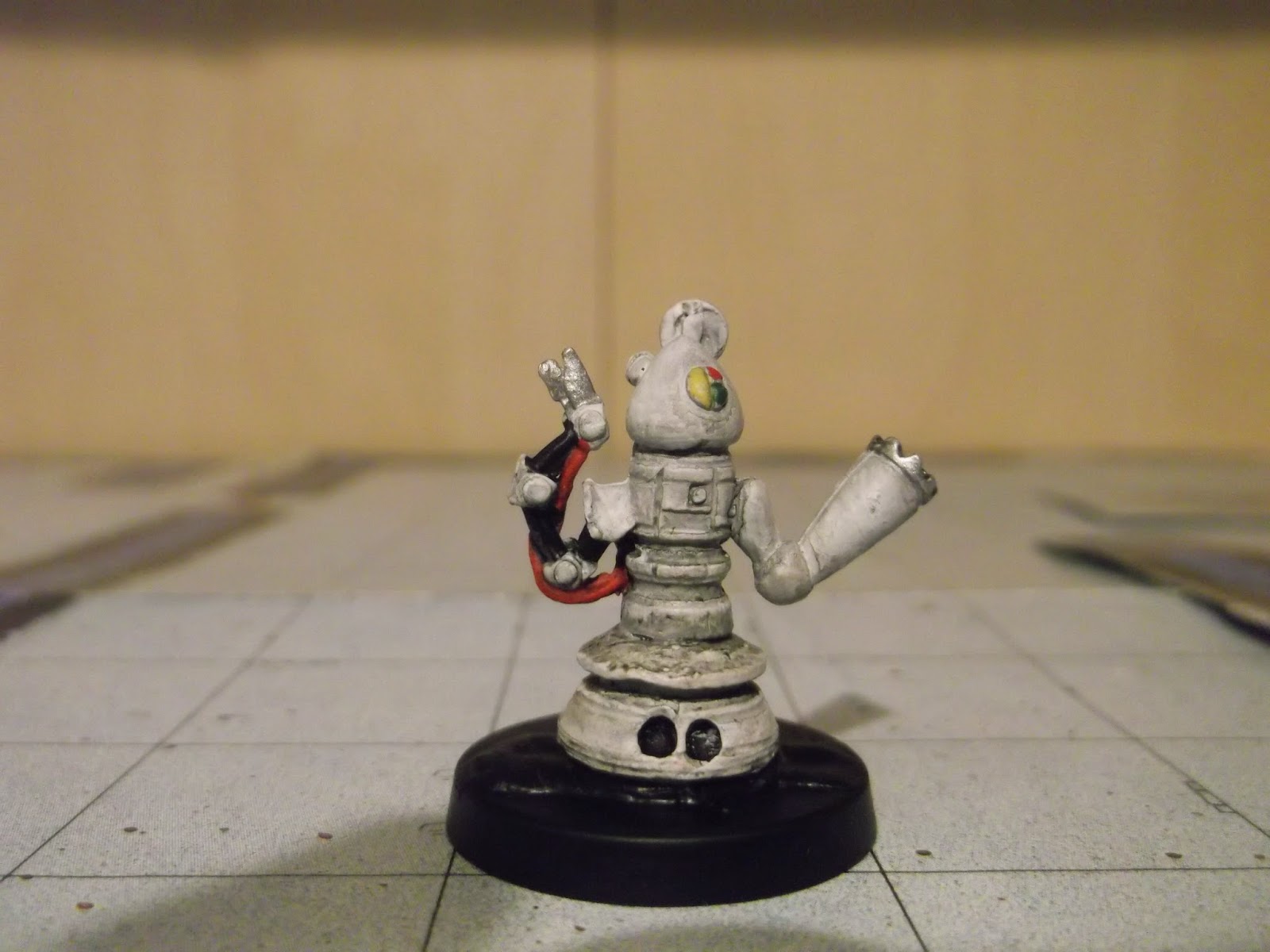 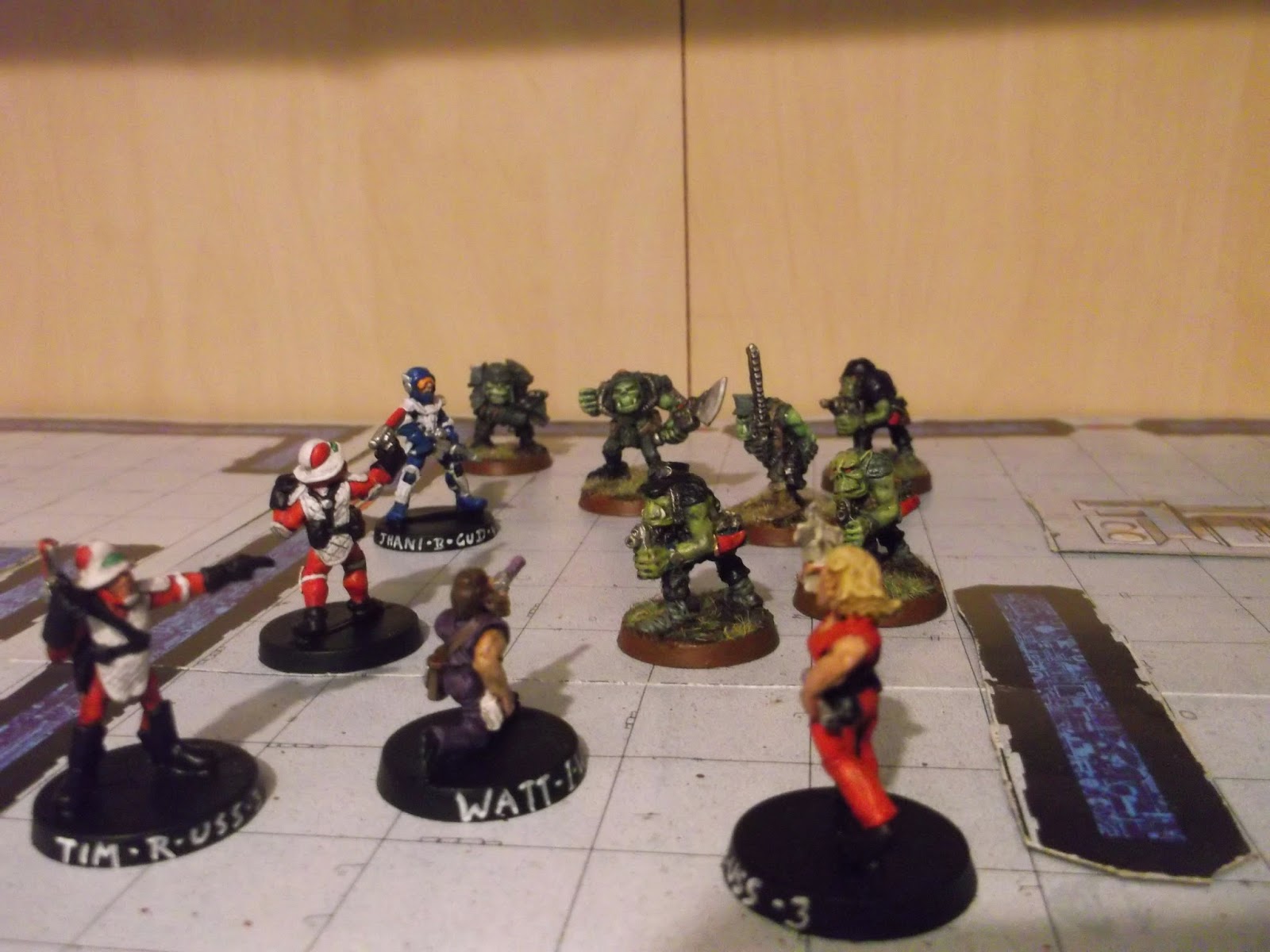 The Troubleshooter take on Space Orks!

I have added the pages of the sceanrio for people to read from White Dwarf#112.
Again, concerning copyright, this is all owned my GW (or Ken Rolston), and not to me. I have added it to the blog for educational purposes. 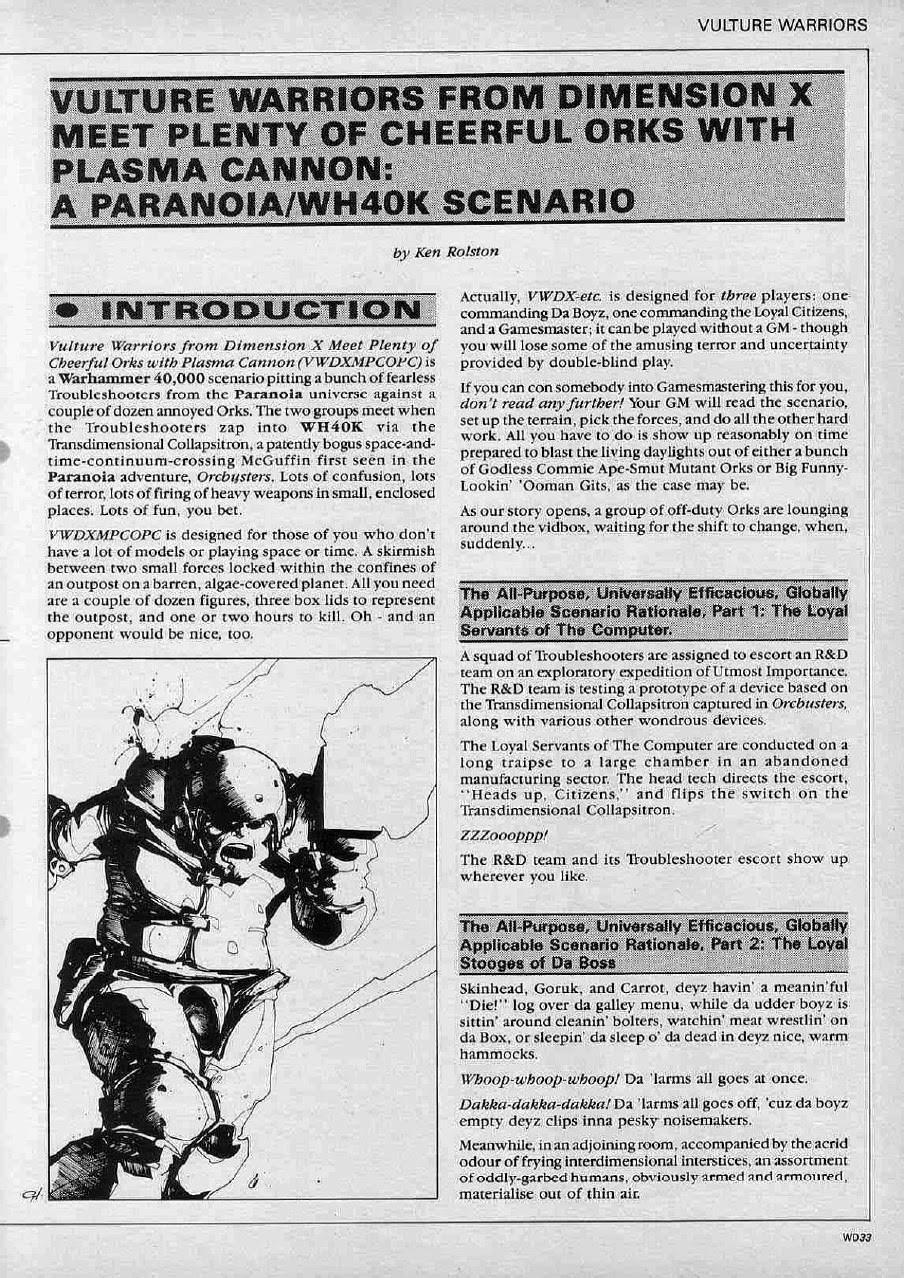 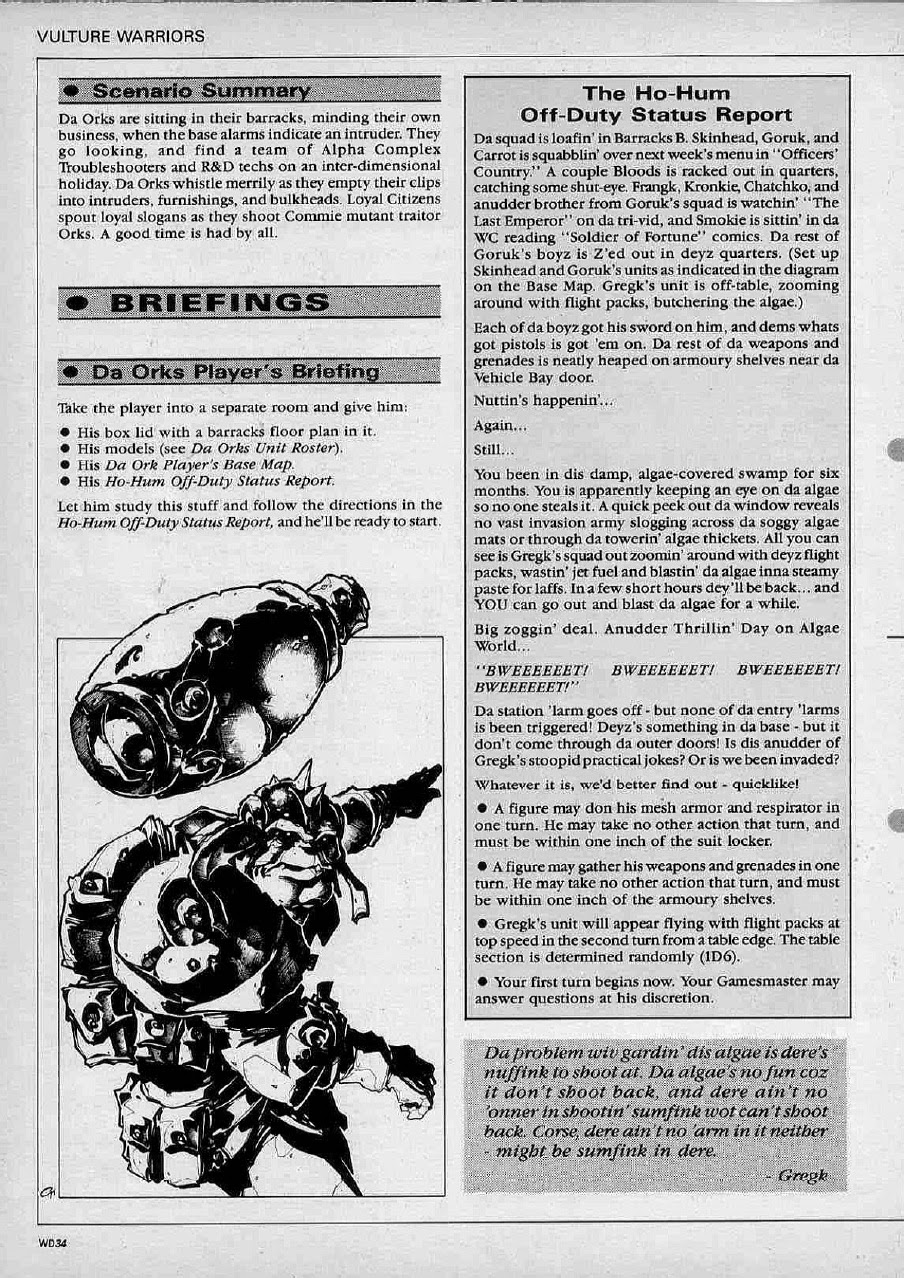 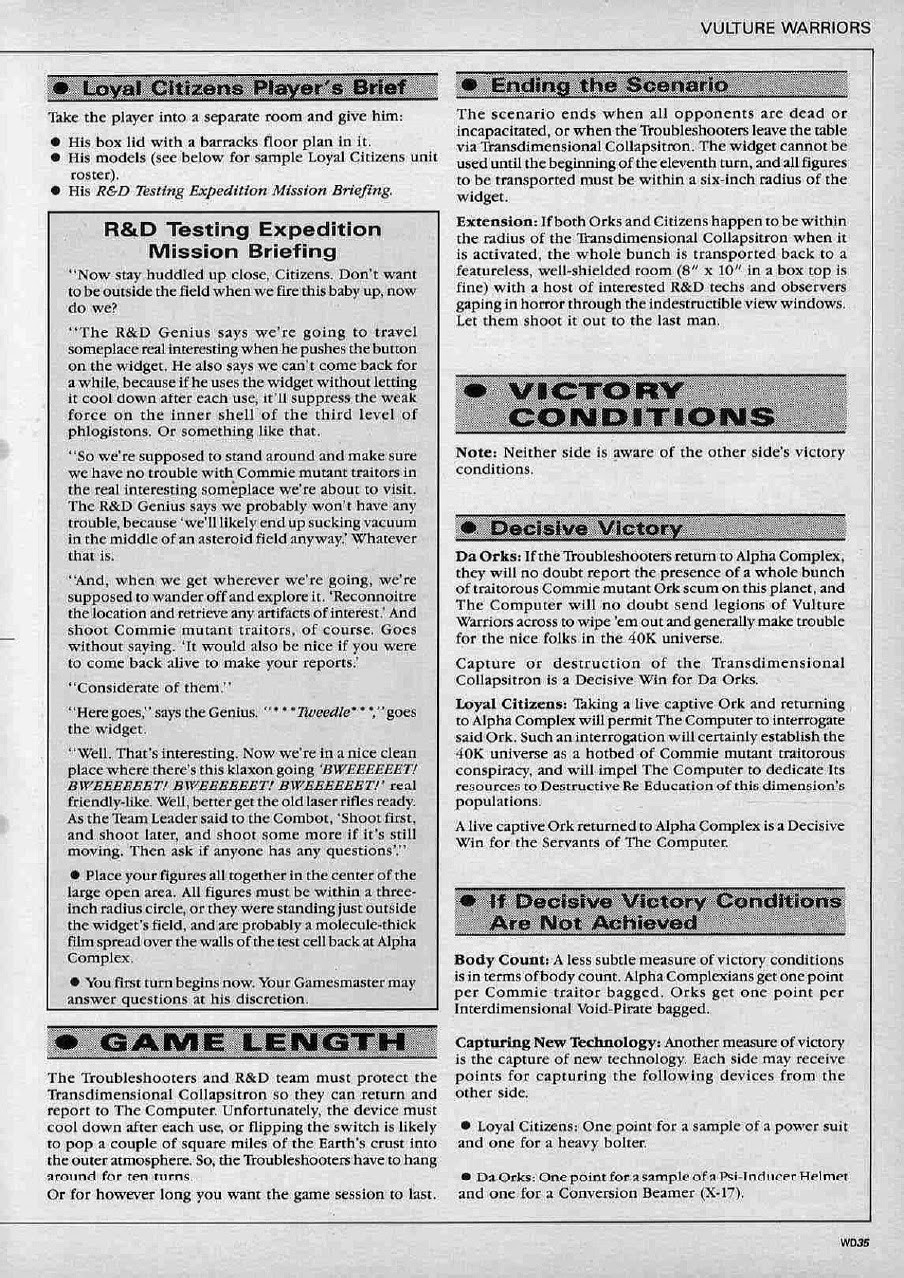 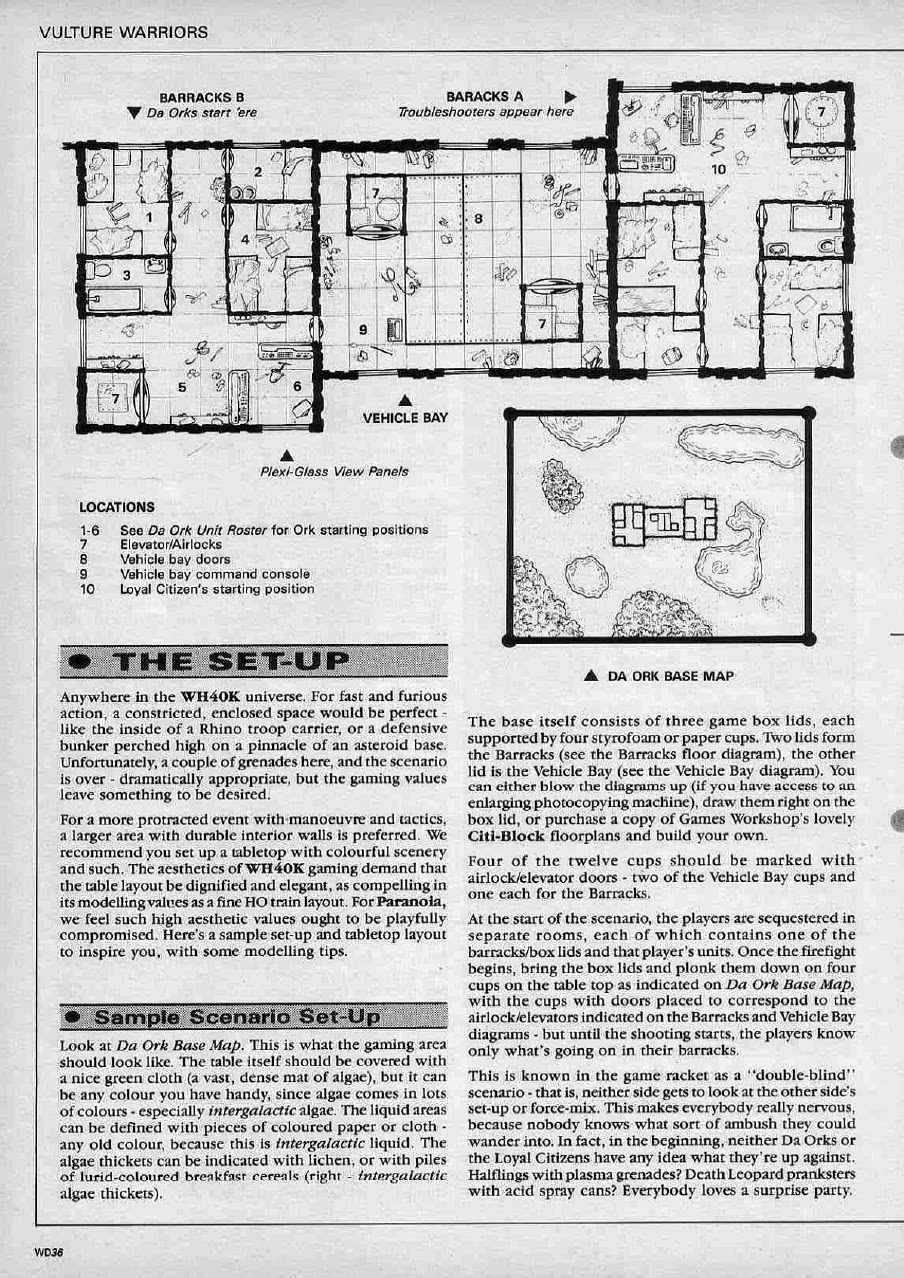 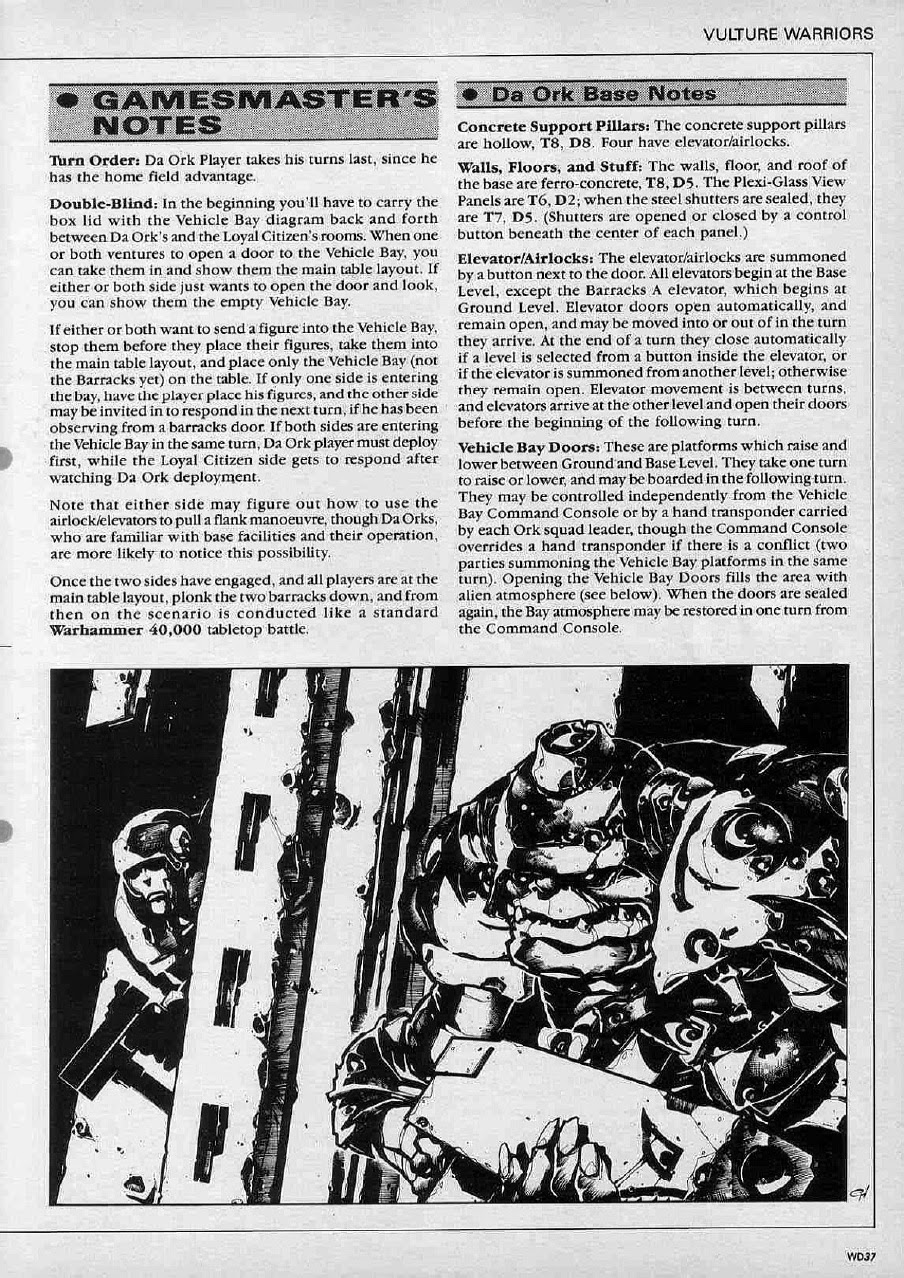 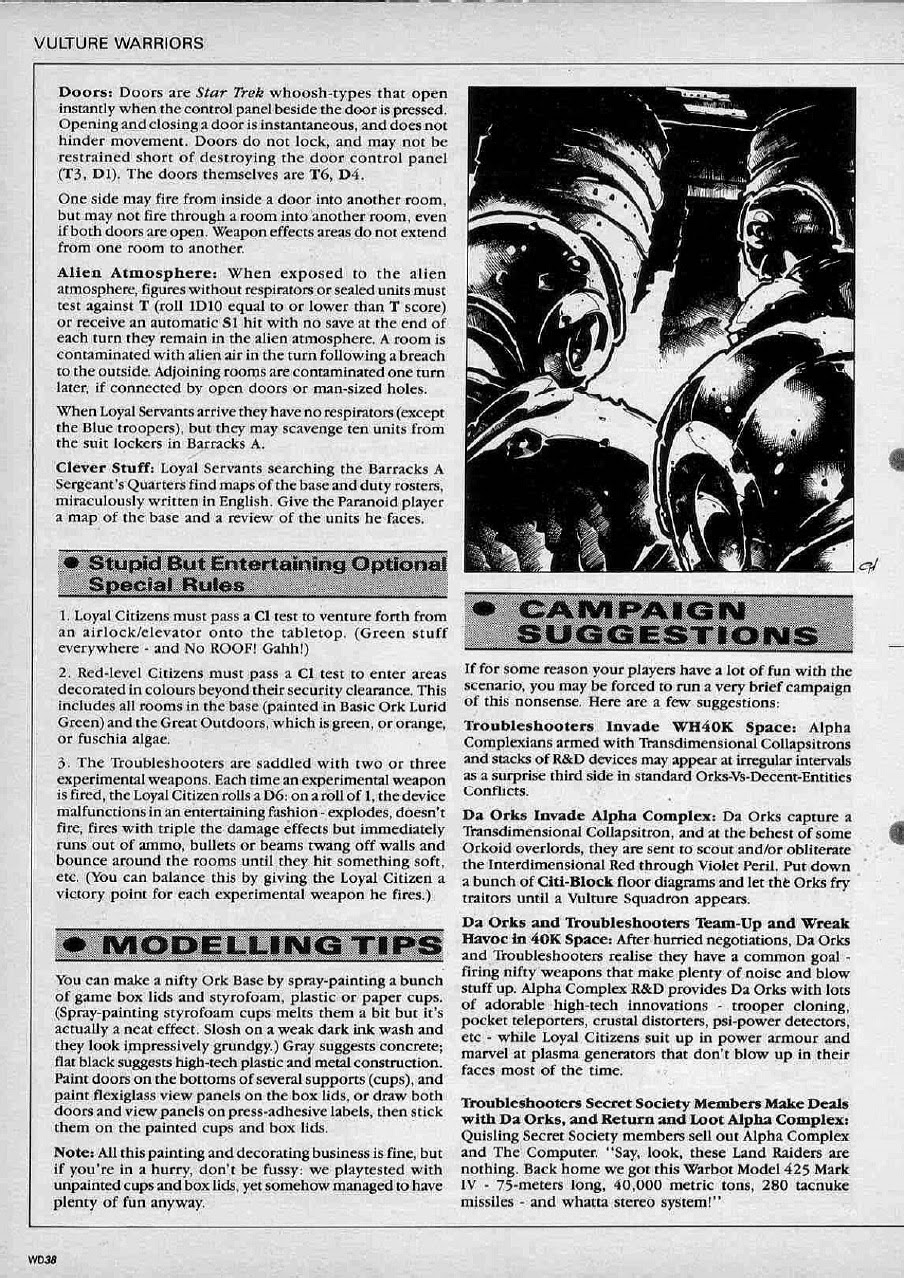 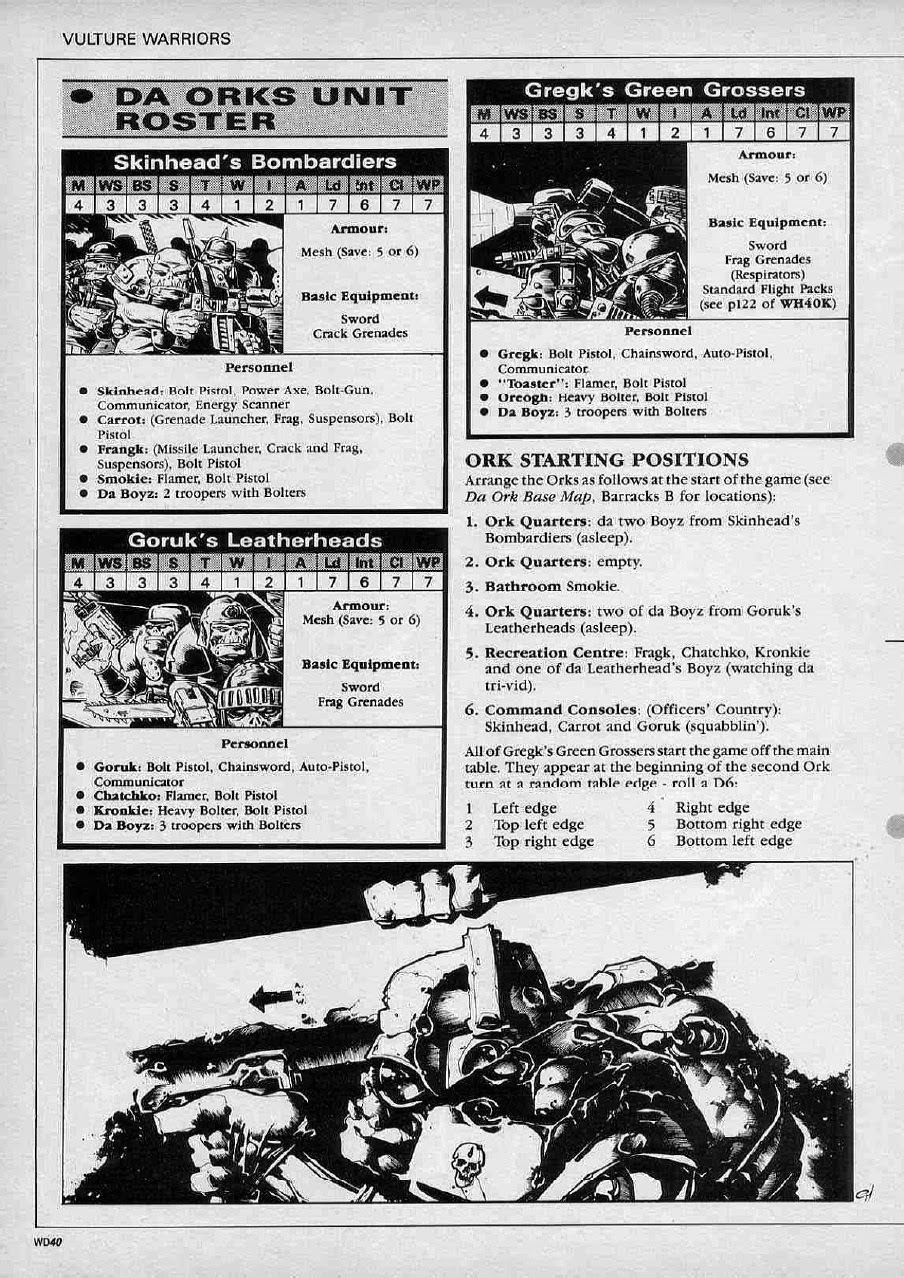 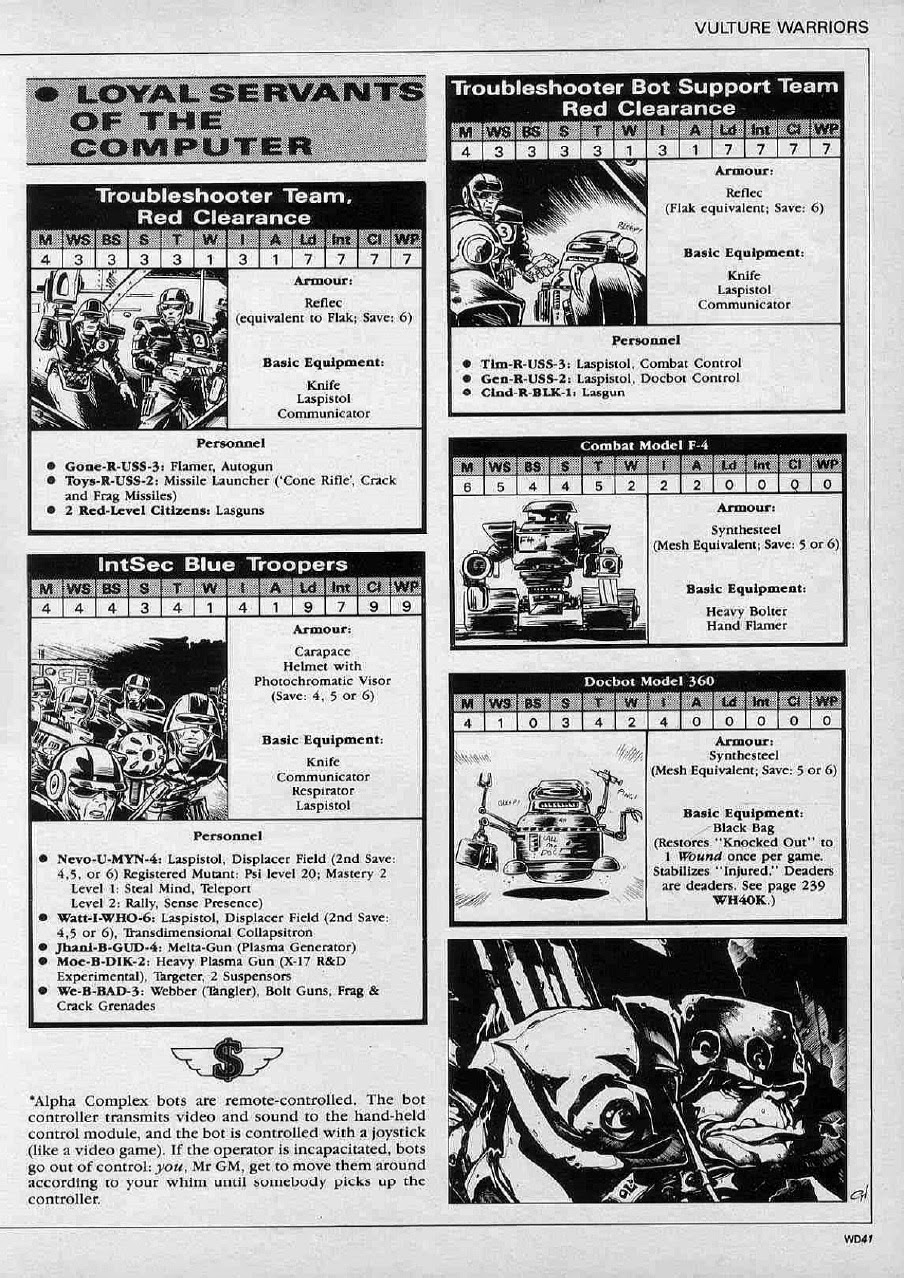 I am unsure if I will be able to update my blog next week as I am very busy at work until Xmas. If I can I will. :)
Posted by Goblin Lee at 19:49