This evening I started painting two squads of Marines, and then the two Predators, all of which I completed.

After basecoating all the army last night I picked two squads and focused on finishing them. With my plan to keep the detailing to a minimum, I only painted a limited amount of detail, and sparingly.

For the bolt pistols, chainaxe/sword teeth, and any chains on them I gave a light coat of silverpaint. The idea is to just do the highlight with the black underneath bringing the depth and dark feel through. For the gold I painted a more block of colour as it would only be used on Khornate symbols and bolter shell. I touched up any areas in black I felt needed darkening as well as painting the inner mouth part of the World Eater shoulder pad to give the impression of a gapping world eating maw.

I did paint the eye peices of the helmets white, the milky white eyes of the orginal Khornate followers of Slaves to Darkness, however the idea was also to allow the white to act as a base for the red glaze which I added at the end.

The glaze was something of a leap into the unknown. I applied the glaze all over and it really brought the red and black together and provided a warmth to the dark red. It also gave the helmet eyes a red sheen, and enriched the gold colour.

I gave the same treatment to the Predators, only painting the tracks brown and then highlighting silver to suggest rustyness. I have not painted any markings or iconogragphy on the tanks, I might go back and do that later, or leave them blank.

The whole design concept for the army is to produce a very basic, dark and brooding look, and not an intricate precise paint scheme. The Chaos Warlord and the Chosen squad, being old metal miniatures, have more details on them. So to differentiate them from the other Marines I shall be painting up more of thier details and using a few other colours. I shall probably tackle those friday once I have got the bulk of the easier Marines painted.
I will be redoing the bases once the army is painted.  I will also give the army a once over check on details before varnishing and basing. 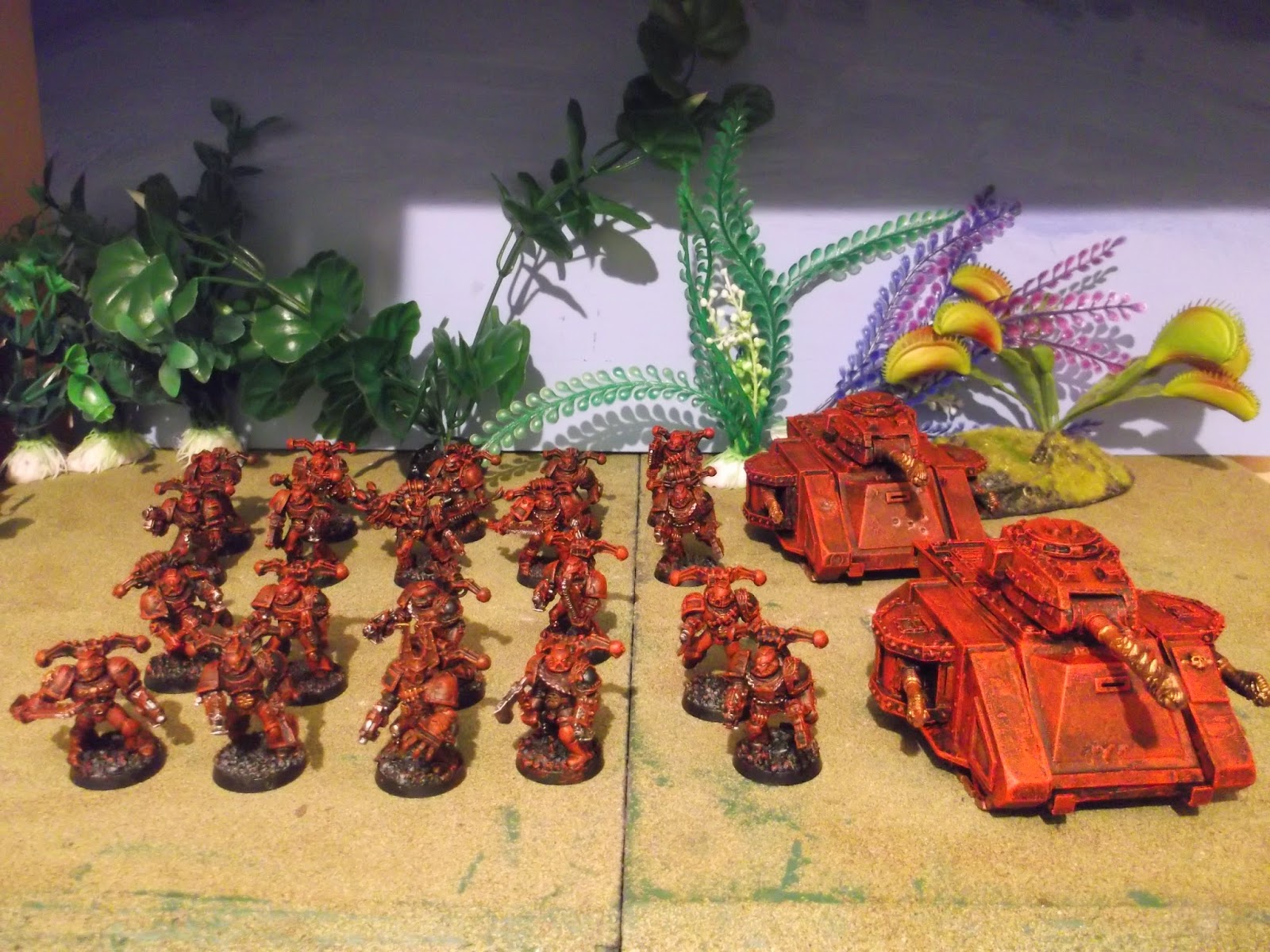 This evenings output.
This took about two hours. 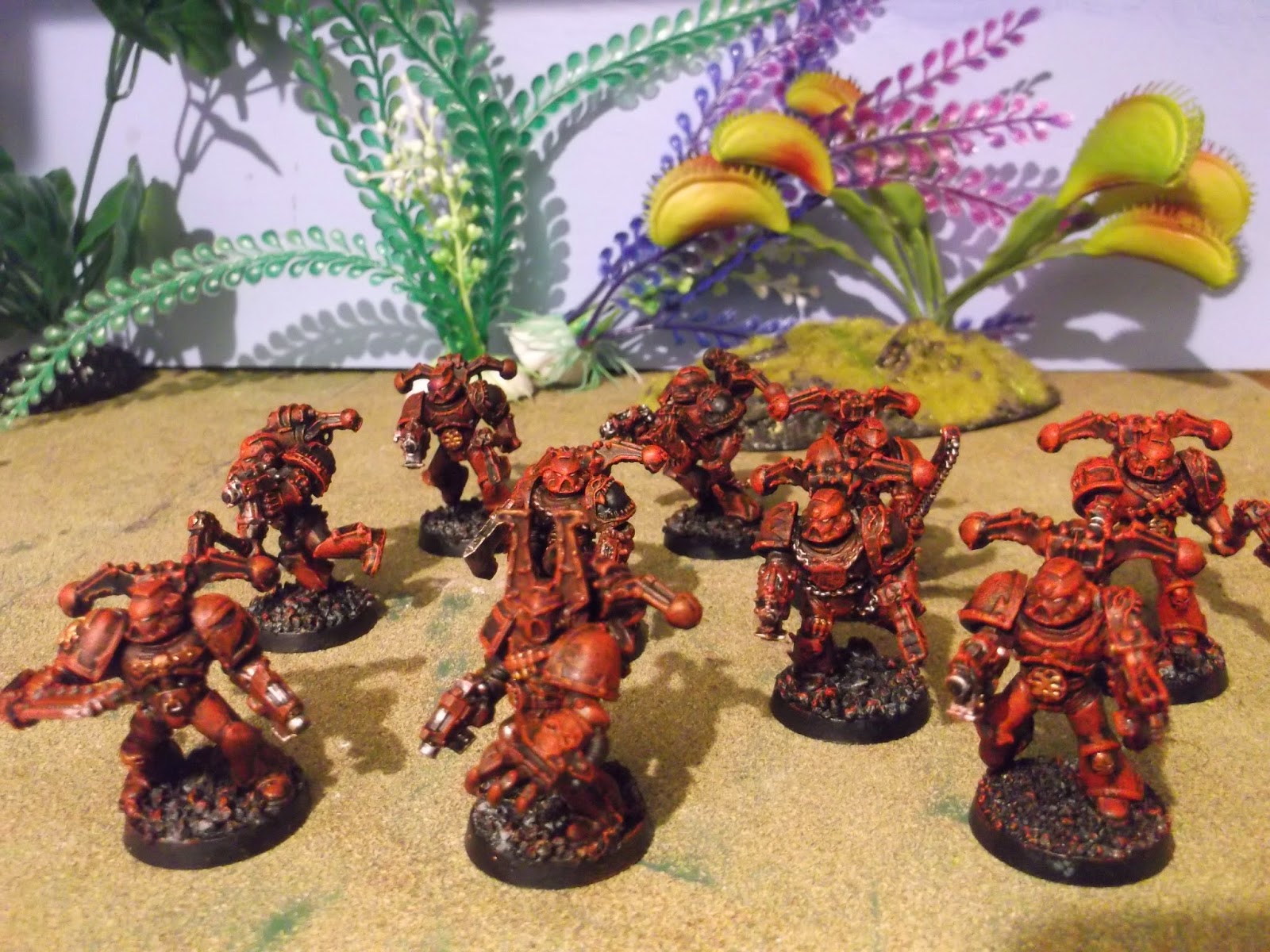 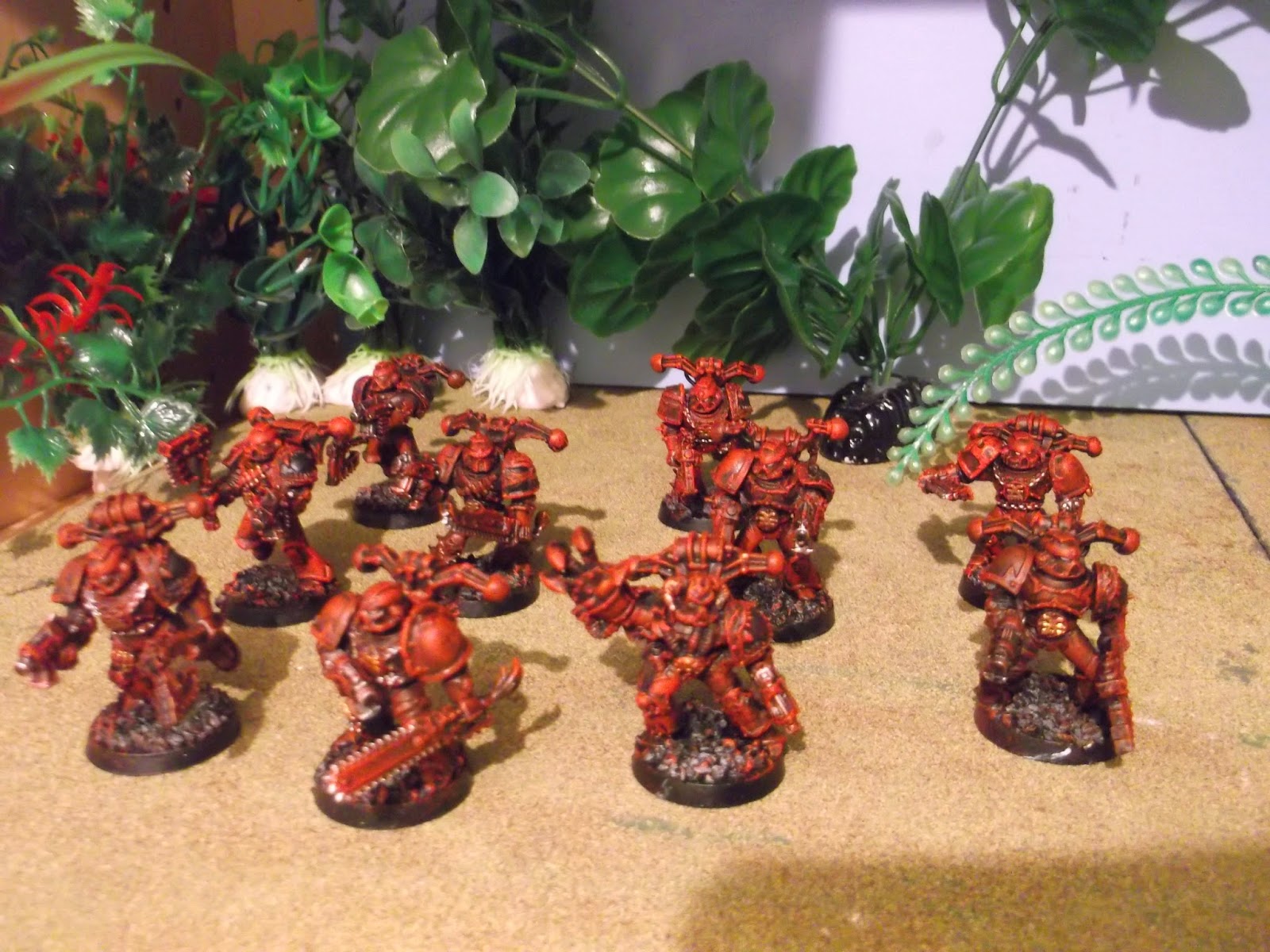 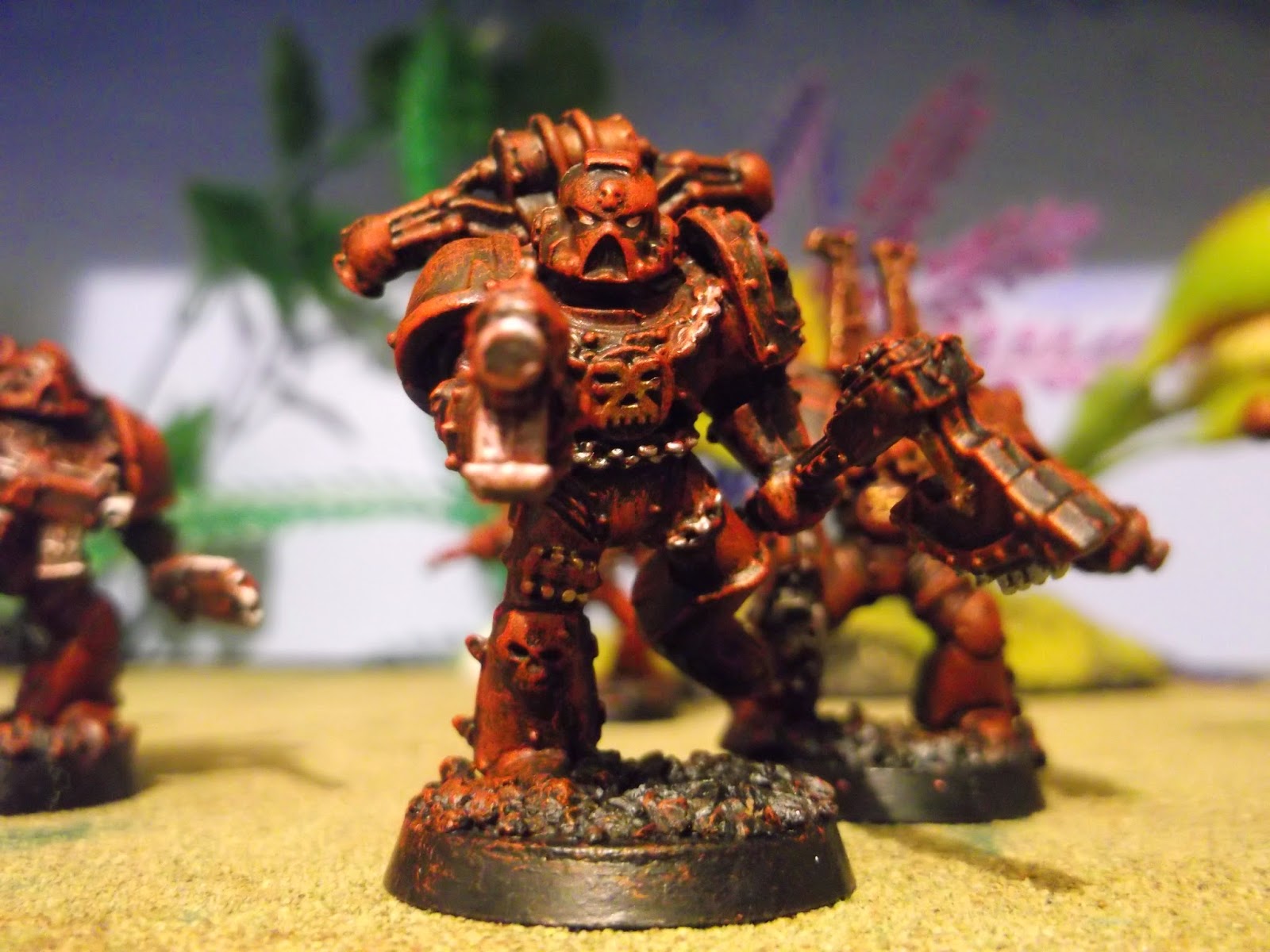 Close up of the armour showing the red highlighting over the black, the white eye pieces with the glaze, and the effect of the glaze on the red and black. 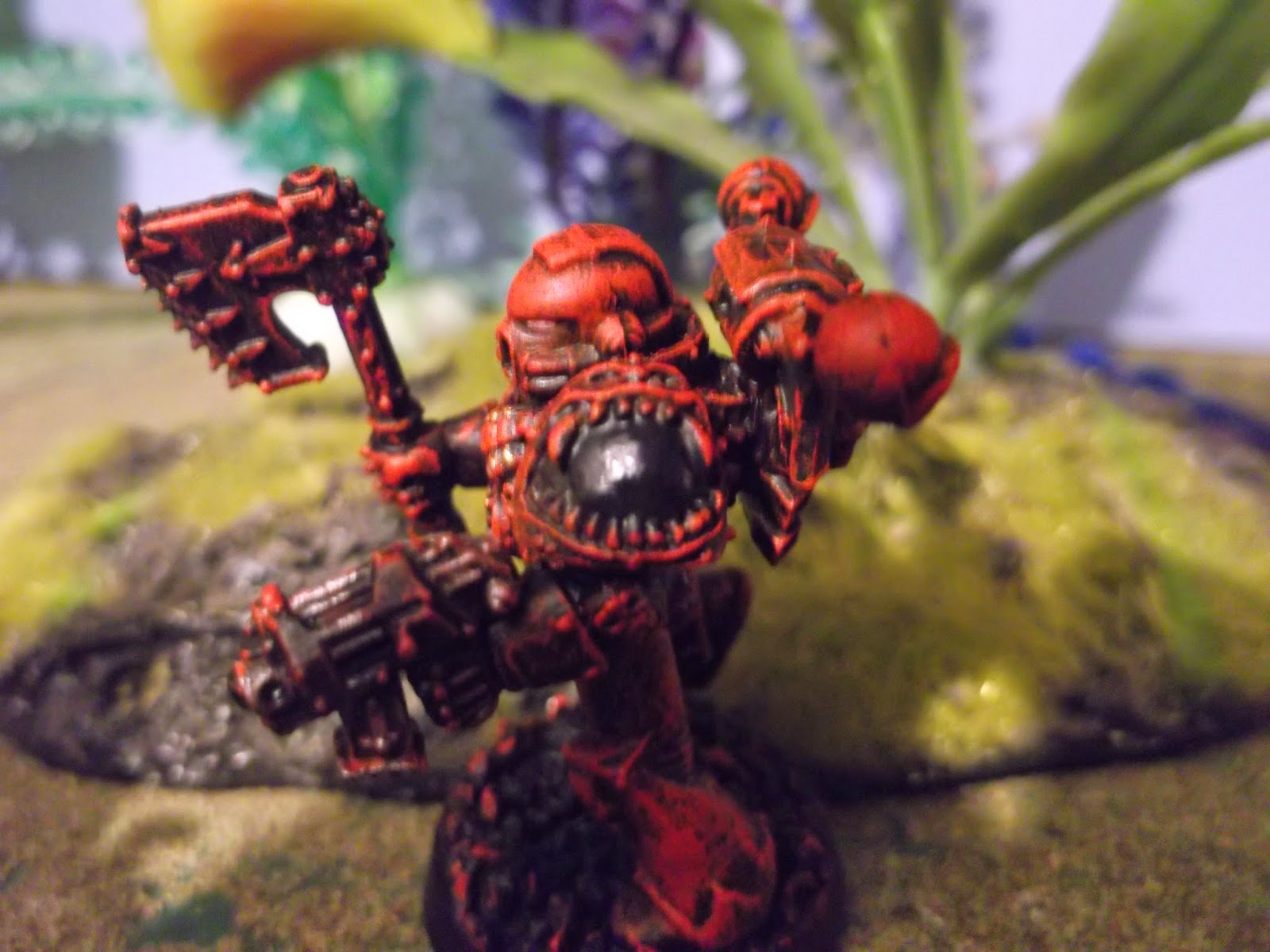 Side shot of the metal World Eater shoulder pad, and the sliver painting on the bolt pistol. 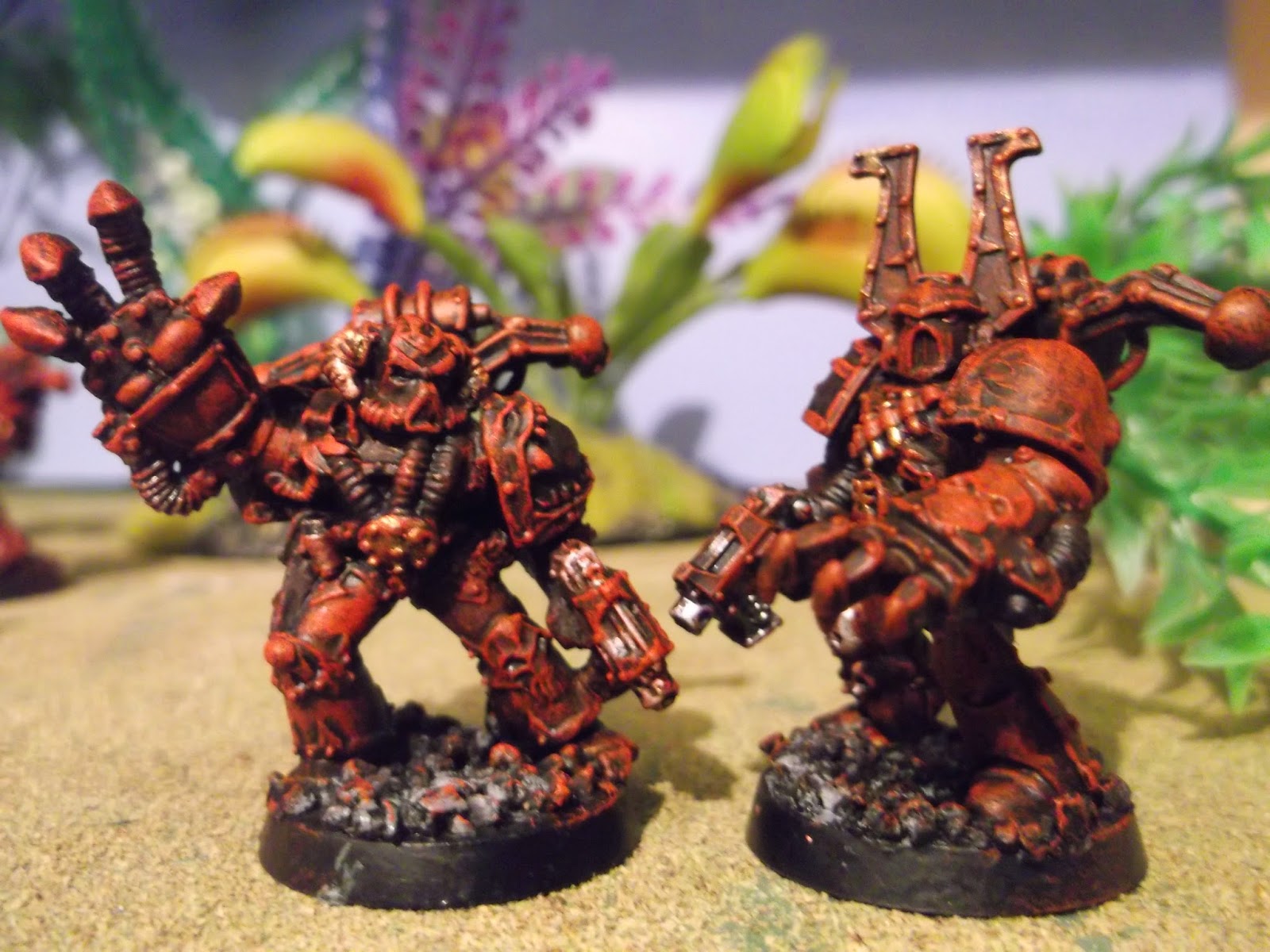 The two Aspiring Champions.
On the left and old metal Chaos Marine from the 1990's, on the right a converted plastic model.
Both have thier horns slighly dry brushed with gold.
I changed the gold I am using from Citadels Gehenna's Gold to Vallejo's Old Gold colour as it looked lighter. 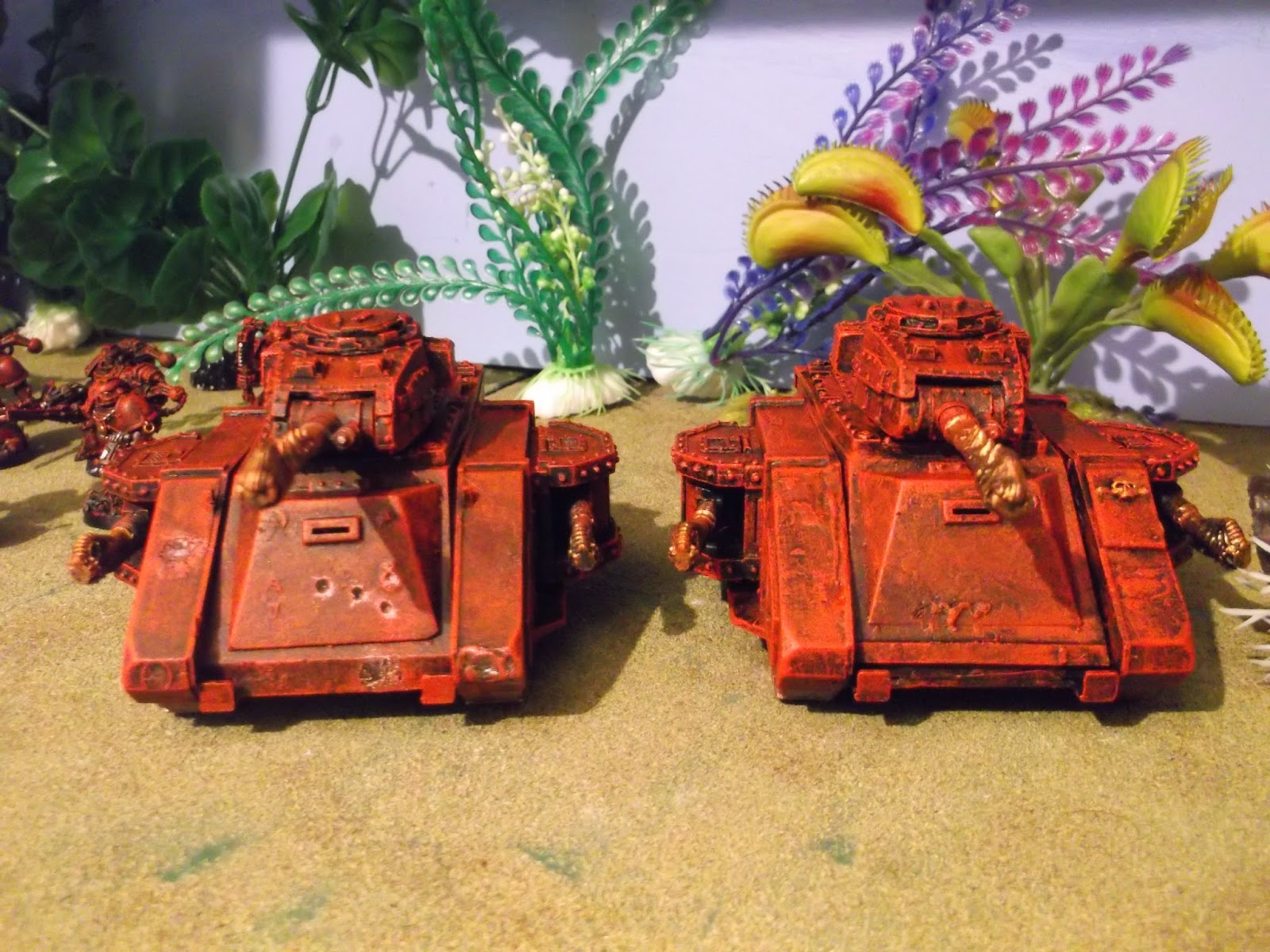 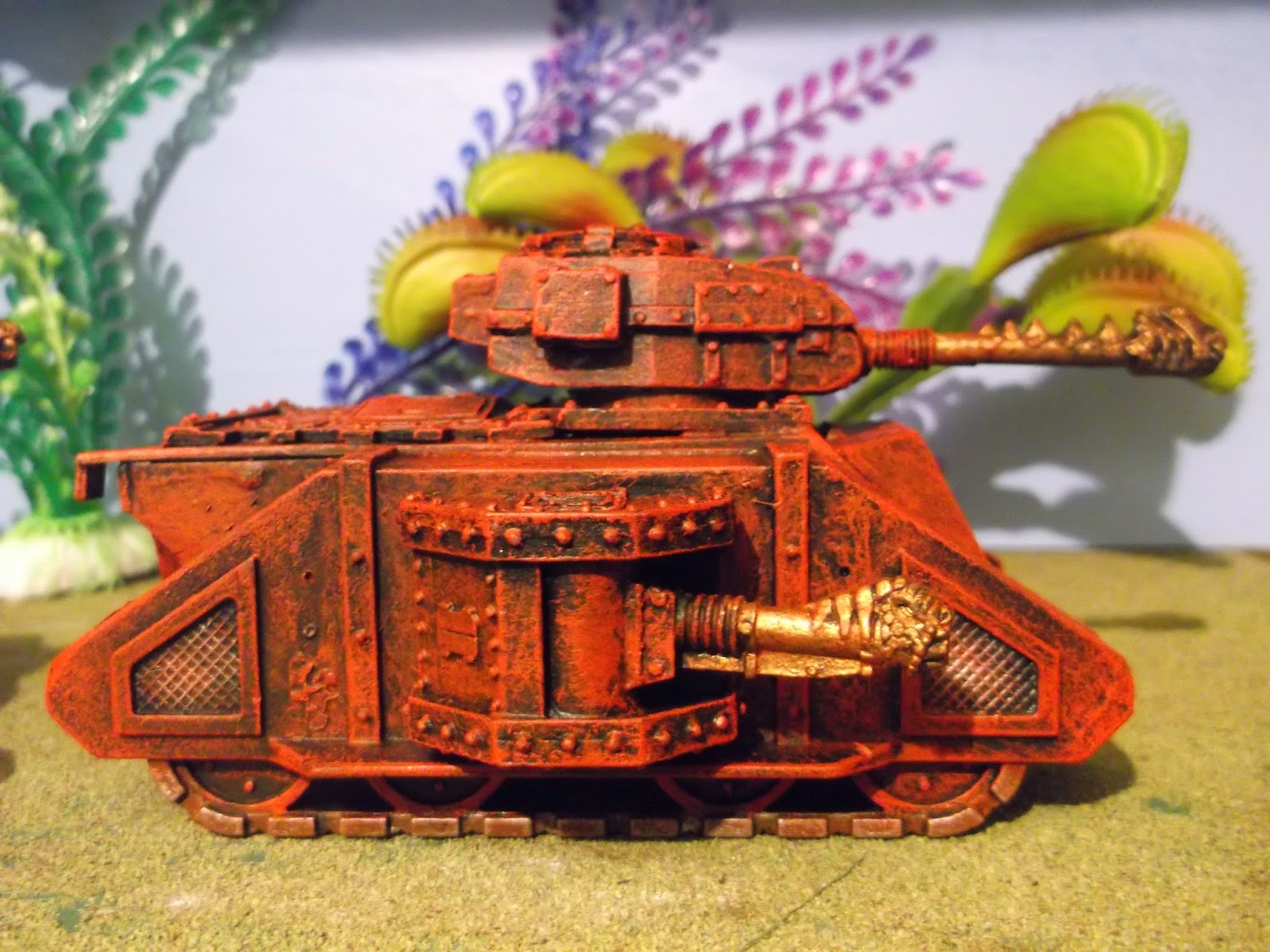 Side view showing the same effect as on the Marines. 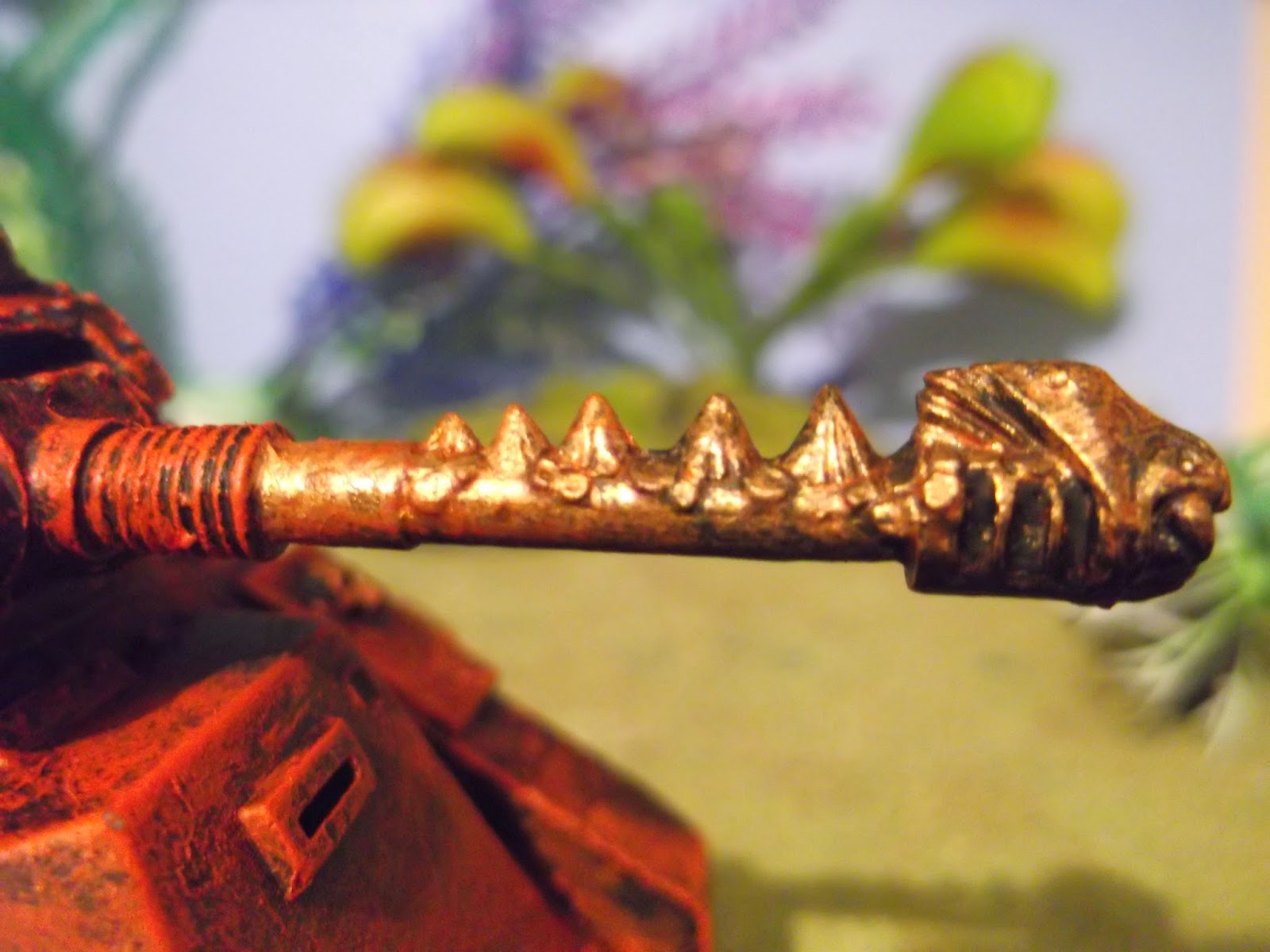 The Auto cannon barrel.
It is not too clear in the photograph but the red glaze brought a nice ruddy feel to the gold.

Tomorrow I will be painting more ordinary Chaos Marine Beserkers, I might see if I can get 30 done. :)
Posted by Goblin Lee at 22:24