More early Rogue Trader era Squats, but alas I still have'nt purchased a new camera, so the photographs are a little so-so.

I've been busy. Over the last couple of weeks I have painted 21 Squats and a Thudd Gunn. Well, I've actually painted more than this, but the others are awaiting basing. I am really enjoying painting these miniatures. They are very quick and easy to paint. I've found with the Squat ranges that it is very simple to make the same miniature look different by varying the painting on each of them, whilst still keeping within the overall approach, in this case the early paint schemes used io the inital Rogue Trader Squat miniatures. It does'nt take long to paint two or three of the Squats of an evening after work, so I am making good progress, and having fun whilst doing it. As I am working within the Hylgar's Hell-Raisers army list, I have started targeting which Squats to paint so I could start completing some squads. 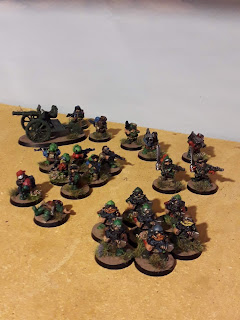 Some of the couple of weeks painting. 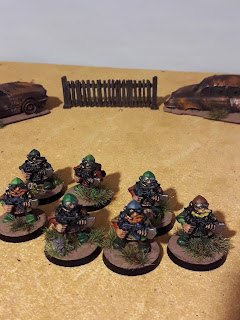 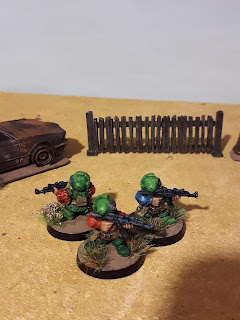 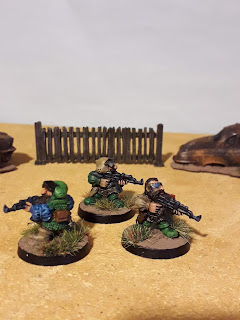 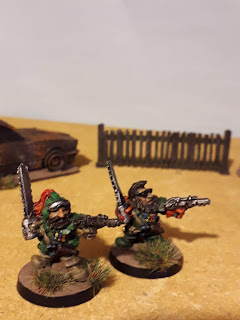 From the RT302 Squat Command range, 'Uzi Marakov' (left), and 'Brew Ithica' (right).
These will be used as sergeants. 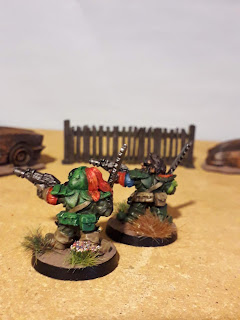 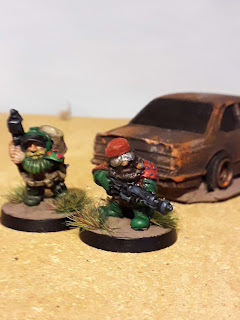 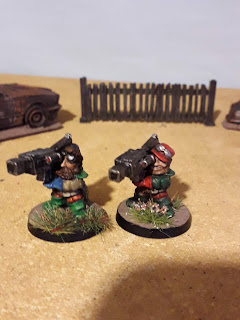 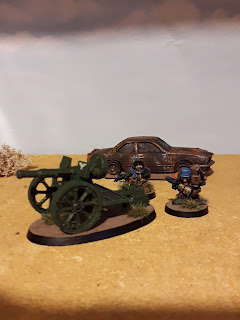 'Thudd Gun'.
Well, not strictly speaking, it's actually a Rogue Trader era cannon made in France by AGMAT, who produced miniatures under license. It was also released under the name of 'Imperial Autocannon', and it seems to have been available for a time. I can't recall where I bought mine, but I think it was the late 90's or early 2000's. 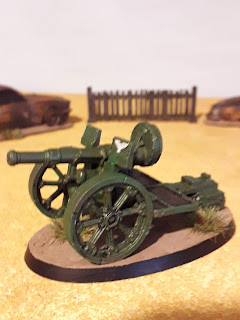 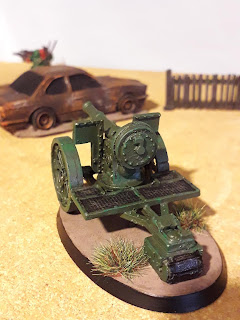 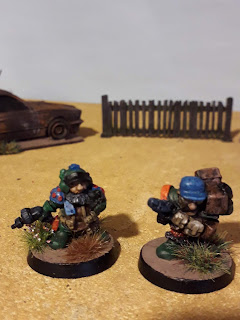 The gun crew.
It did'nt have a crew with it although it was sometimes supplied with an Imperial Guard crew. I have chosen to used ' "Blish" Browning' , and 'Loader Grigg' (from the RT303 Heavy Weapons range). Grigg is carrying a large encased ammo magazine over his shoulder, so I thought he fitted the role nicely. 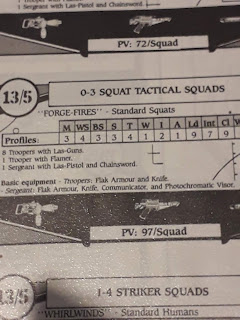 The entry for Squat Tactical squads in the Book of the Astronimican (1988), page 73. These are the most lightly armoured of the Squat squads. 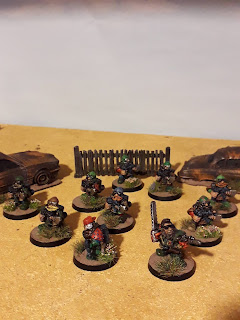 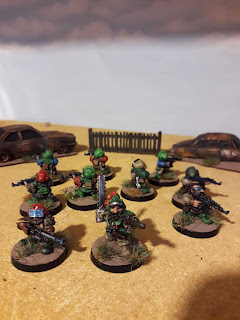 Tactical squad using a mix of 'Gal Von Benko', 'Enfield Chambers', and 'Luger Gerlich', all the Sqauts armed with the AK-47 looking las-gun.

Next update will be more Squats!!! I have Mole Mortars and more infantry as WIP.
Posted by Goblin Lee at 19:23