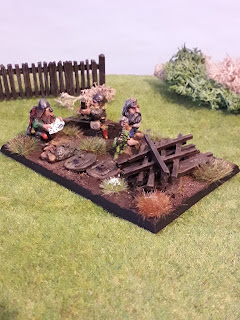 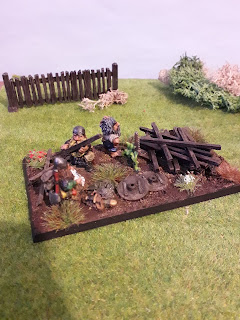 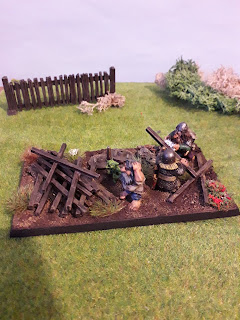 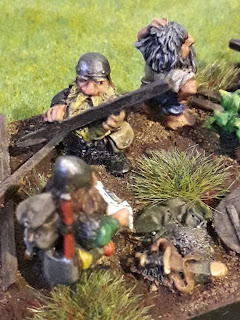 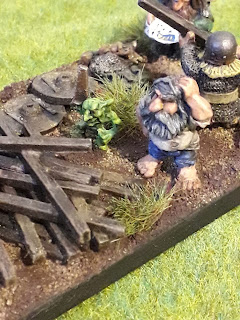 
No idea again what the next update will be on.  I have a mind to paint some Goblins, and also some Squats.
Posted by Goblin Lee at 21:49 13 comments:

A bit of a random update on some random painting...

I was gardening the other day, not my natural forte I might add, when I saw a lovely and odd looking spidery thing on a white lily bush. Now my first thought was 'that looks like a tiny Tyranid!', how cute.
As it turns out, it was a something named a Crab Spider, common in Southern England, with the Latin name Misumena vatia. I did take a photograph on it, but I seem to have accidently deleted it when I whilst I was having computer trouble. However, there is a picture of the Spider at the bottom of this blog update, not of course at the top, just in case people are adverse to Spiders. I'm not a great fan of them, I was bitten by a False Widow a couple of years ago, and was very ill. The False Widows pop up in the garden now and again, so I kill them on sight!

All this spidery nonsense got me thinking about Rogue Trder era Tyranids. I had painted mine a long, long time ago in the classic blue/purple Genestealer colours (with green Zoats), but had paint stripped them ready for a repaint which never came. So as an aside I tried out a paint scheme based on the spider on a few test models.

The painting was simple. Black undercoat, based coat of Vallejo Stone Grey, highlight of white, a very very very thin wash of Vallejo Lemon Yellow, and then a final white light highlight. The Genestealer Magus received a very very very thin wash of Citadel Xereus Purple twice. The Zoat and Hunter-Slayer guns/equipment are a thined Vallejo German Field Grey. I gloss varnished the Screamer-Killers/Carnifexes to give a shiny carapace look, matt varnish to the other to avoid that same look.

They were fun to paint, and I am happy with how they look. They are test models, and I don't intend painting the army anytime soon. I have another project I wish to do. 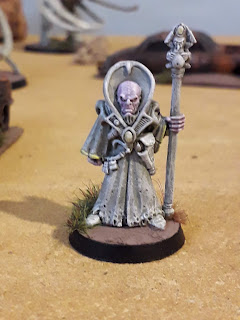 Genestealer Hyrid Magus.
I love this miniature, great detail, and full of menace. 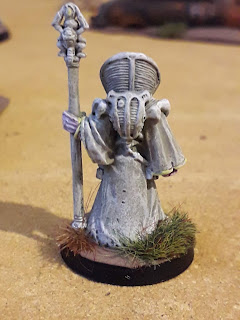 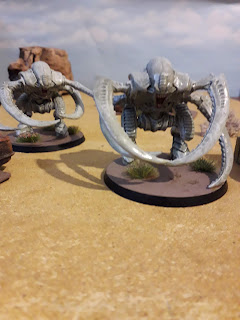 Screamer-Killers/Carnifexes!
I mounted these on 50mm round bases to look a lot better. I find it's always odd to consider that many of the larger old Rogue Trader miniatures were confined to 40mm square bases at the time.
It was these miniatures which sprang to mind when I was looking at the spider. 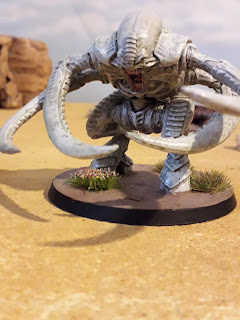 I was never a great fan of these miniatures, nor the paint scheme they were released in. However with a little re-posing of the body and arms, and a different paint scheme I think they look a lot more terrifying. 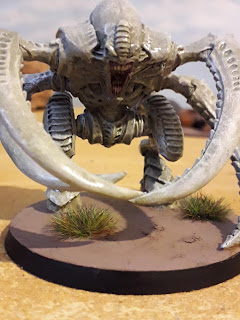 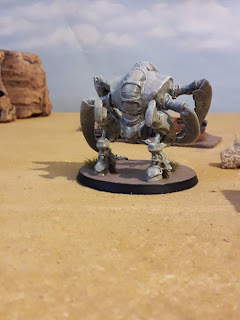 Rear view.
Probably the best view from which to shoot at it! 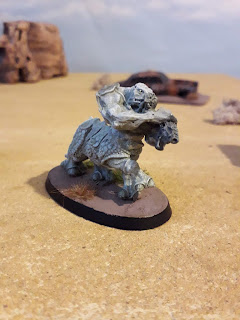 Zoat.
I like the old Zoats, and I have about a dozen 40k ones. I think they look a lot better on the Citadel Oval 60x35mm bases. 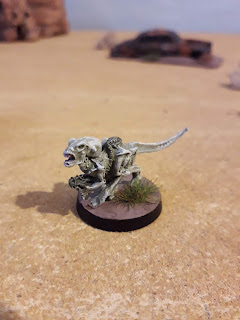 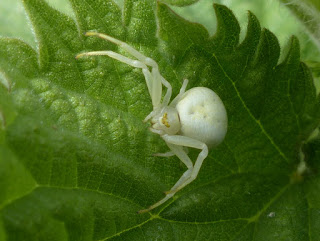 Misumena vatia, the Crab Spider.
The next update will be on the little Dwarf diarama which I am finishing this evening. The after that I am going to tackle a 40k Squat project.
Posted by Goblin Lee at 18:15 10 comments: