I am still in the process of sorting out my Rogue Trader era Chaos Space Marines into their respective armies. I am looking to revisit my Rogue Trader Traitor Legion project which I started way back in 2015/2016 (well, in 1988 if we want to go way back!).

The idea is to have a 10,000 point army list for each of the nine Traitor Legions taken from the Slaves to Darkness and Lost and the Damned books, including the Chaos Terminator list from White Dwarf number 116, as well as additional tank rule entries (Vindicator, Sabre, etc). This might seem overly ambitious, but by the time one adds 3,000 points of Daemons, at least a 1,000 points of Terminators, and a few tanks (750 points for a Land Raider!), then you're quite way there already!

Anyway, as I am tinkering with things, but alas not painting, I thought I would share some of the conversions I am doing as I go. There aren't major conversions, but they are done to add some of the more usual weapons from the army lists to miniatures, or to just add a variety to the army's look. I am also adding milliput to all of the bases to give them a little texture and a less flat feel. 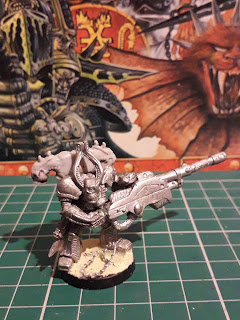 Chaos Renegade Character with Displacer Cannon!
In the Heavy Weapon Charts for characters it's is possible to equip characters with all sorts of Heavy Weapons. One of the weapons you rarely see outside Eldar forces is the D-Cannon, so I thought it might be nice to see one. I used the gun section from the RT404 Eldar  D-Cannon set, and drilled and pinned to his hands. 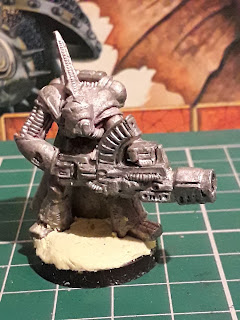 Chaos Renegade Character with a Grenade Launcher.
Again, not a standard issue weapon but this weapon was part of the Chaos Renegade Heavy Weapons releases, so I thought it would be nice to include one. 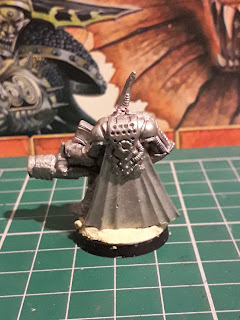 Rear view.
I added a spare loyalist Space Marine pack pack with cloak to give that extra bit of style. I think it goes well with his visor shades! 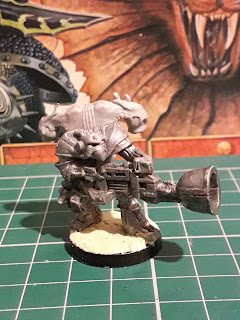 Chaos Renegade Character with a Heavy Webber.
Citadel never made a Heavy Webber model, so at the time I converted this one from the old metal Las-Cannon, and two plastic should pads from the 'Strike Force' box set. It was originally wielded by a Loyalist Space Marine character, which I have now paint stripped, and so, with a little modification, I decided to recycle it into a Traitor Legion. 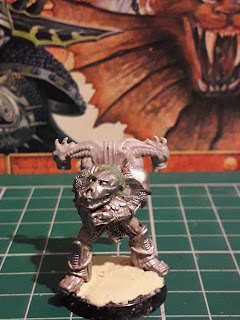 This a simple head swap conversion, swapping the skull helmet head for a Flesh Hound head. 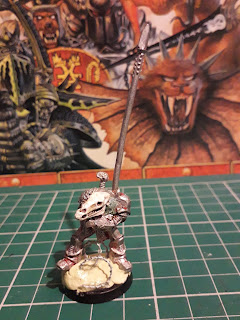 Another head swap, again swapping the skull helmet, but this time replacing it with a plastic undead horse head. I have also added a Juggernaut equipment lance in place of a backpack for use as a standard bearer. 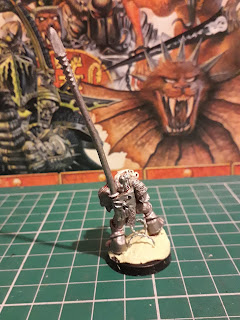 Rear view (although the standard looks a little bend, something I didn't notice whilst photographing). 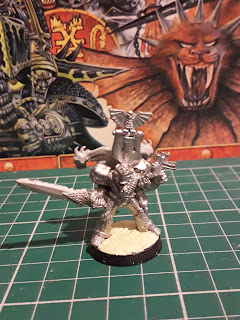 Chaplain with Daemon or Chaos weapon.
This is a Loyalist Chaplain miniature, but unfortunately the thin sword he had snapped off. So I replaced it by drilling and pinning a Chaos Terminator Captain's  Daemon Sword in it's place. I also added the Chaos backpack to give him that extra Chaotic look.
I plan to use him as a Major Hero Chaplain in the Word Bearer Legion, although arming him with a Daemon Sword would push his points value up to 996 points! 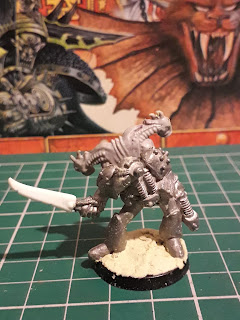 A Medic conversion with Chaos Weapon.
Again a broken old model, this time a Chainsword missing, which I replaced with a plastic Skaven blade from the Warhammer Regiments box set. 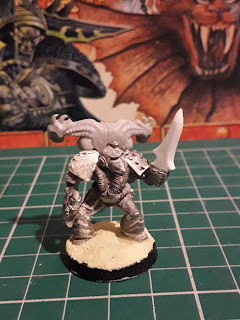 A second broken Medic, again missing a Chainsword and again with a Fantasy Regiments Skaven blade. 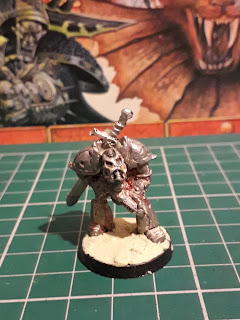 A head swap Character, using one of the skull helmet/heads from one of the head swaps above. I have added a Juggernaut equipment Chaos Sword in replacement of a backpack. 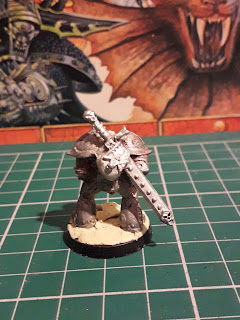 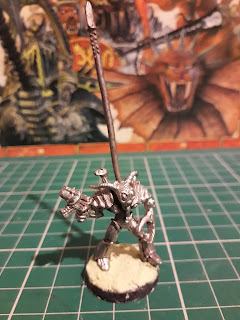 Not much of a conversion really, I have just moved the renegades legs a little to give the impression of movement, and added another Juggernaut equipment lance. 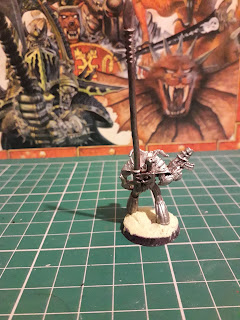 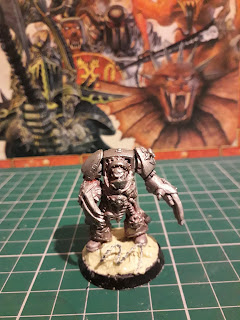 A simple arm swap for a Chaos Terminator Captain.
I just swapped his bolter and Daemon Sword for Lightning Claws. As with all my intention for all my Terminators, I have placed him on a Citadel 32mm base, which I think gives them a little bit more room. I have never thought the 25mm bases suited them, but also considered the 40mm bases a little too large for Rogue Trader era Terminators. 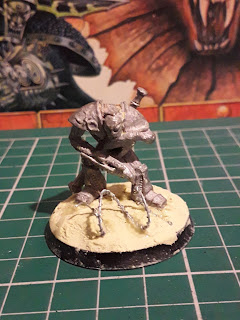 Emperor's Children Possessee.
Not really much of a conversion, but I wanted to show what I plan for Traitor Legion Possessees. This is just a normal Slaaneshi Renegade, with a  Juggernaut equipment sword on his back. I have mounted him on a 40mm round base, and built up the milliput a little, to give him that extra battlefield presence. I have used the Slaaneshi miniature which is closest to the one in the illustration in the Emperor's Children army list entry in Slaves to Darkness. 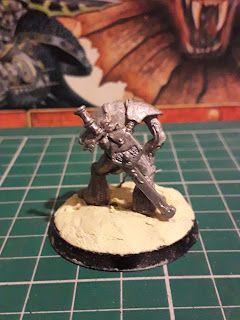 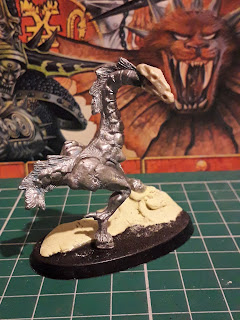 Head swapped and reposed Slaaneshi riding beast. I have several of these without heads, and so plan to add undead plastic horse skulls from the Skeleton Army box set, and then use the mounts for officers. 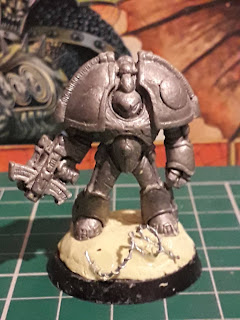 Not a conversion at all! I just waned to show what he looks like on a slightly built up 32mm base. With a little milliput and on the bigger bases they do have a greater battlefield presence and really brings out the relative size in relation to power armour. 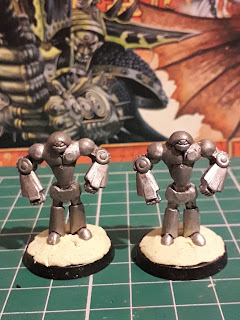 Bombots.
These are just a pair of Paranoia range bots which I have had for years, and thought that they would work nicely.

Next update will be more Traitor Legion preparation work.
Posted by Goblin Lee at 19:59 8 comments: