A quick (UK) Bank Holiday update on a pair of test models for my Undead Samurai army. The first is a C18 Undead Samurai , by the name of Ne. The second is a converted C05 Oriental Hero miniature (one of the later Wargames Foundry castings), converted to be mounted on a spare 1980's Citadel Lord of the Rings ME64 Ringwraith (alternative) horse which I had. An obscure mix I admit!

Ne I have painted in the same way I plan for the rest of the Undead Samurai army. I have based the scheme on the historical Samurai of the 'Red Devils Brigade' of Ii Naomasa. I need to paint the sashimono detail, which I will decide on later. Instead of painting the skull and bones bone colour, I have opted for a slightly more ghostly/ethereal look to them. The reason I did this is because Japanese Undead Folklore seems to lean more to the spirits and less to animated undead and skeletons. I also intend adding some of the Wargames Foundry/Ex-Citadel Samurai to the dozen or so C18 Undead Samurai I have, so painting more fleshy looking miniatures a more 'spooky colour' I think will work better.

The converted mounted C05 Samurai I have painted as a mounted spectre. I like Spectres as part of armies, and I consider no Undead army is complete without some sort of Ethereal component. Painting wise he was simple. White undercoat, and then a couple of washes with Citadel Nihilakh Oxide. Once dry, I highlighed a few of the edges with white. 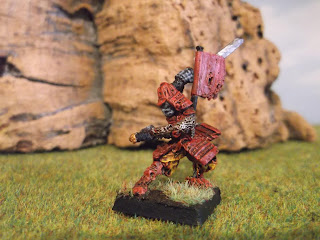 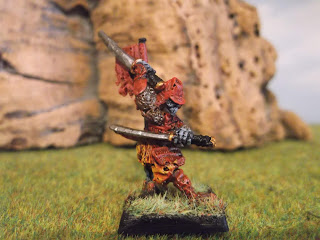 Ne from the right side. 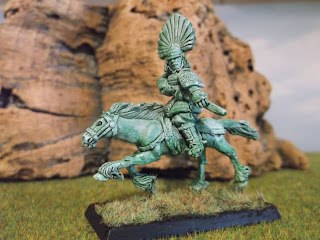 Samurai Spectre.
I just removed the solid metal base and filed the inside legs a litte to fit him on the horse. 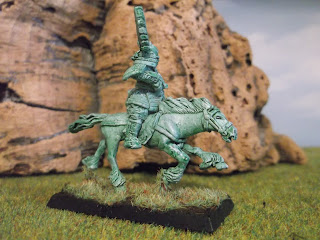 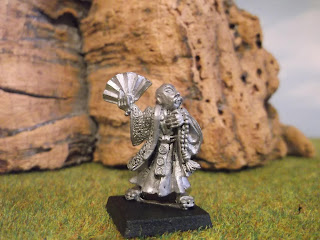 Citadel OH5 Oriental Champion Wu-Jen.
I plan to use this miniature as the Level 25 Necromancer, but paint his skin pallid.

Note sure what the next update will be on. I do really need to get down to some serious painting. :)
Posted by Goblin Lee at 21:45 2 comments:

The Great Dragon Cannon of Cathay.

This week I have converted and painted another Oriental artillery piece, this time from the mainland: Imperial Cathay.

In older editions of Warhammer Fantasy Battle Imperial Cathay was a large empire to the far east of the Old World, analogous with China in our history and world. What Warhammer background there was had a many elements of Chinese culture to them, especially concrening Oriental Dragons. Below is a picture of a 'Dragon Cannon' from 19th Century China, as often during the Ming and Qing periods of Chinese history larger cannons had barrels cast in the shapes of Dragons or sometimes Tigers.

With this in mind I decided to convert a Dragon cannon for my occasional Oldhammer Cathay army project which I am collecting. I had a spare Oriental Dragon head from Tom Meier's Citadel/Ral Partha DG1 Oriental Dragon (also know, and re-released by Ral Partha USA as the Celestial Dragon). Looking around for a suitably impressive cannon I settled on the MM13 Marauder Dwarf Seige Gun, with it's ornated carriage and wheels, it seemed the best option.

Converting it was simple, I just stuck the head on the barrel! To go with the cannon I added two crew (I still require a third): a pre-slotta C05 Oriental Hero 'Wizard', and a slotta based OH5 Oriental Champion 'Lang' (aka 'Sohei'). The pre-slotta miniature looks very Chinese, and fits nicely. The slotta miniature seems to be a mix of Japanese and Chinese elements, with armour which is similar to both Japanese Haramaki armour and Chinese style of Lamellar armour. 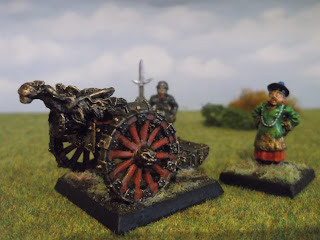 Dragon Cannon of Cathay.
I went for a more darker, older looking colour for the bronze to suggest an ancient cannon, rather than a bright looking gold colour. 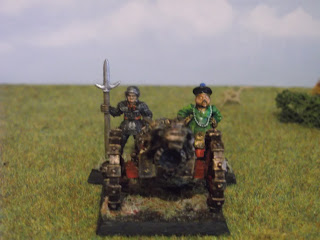 Front view (sorry about the blurring!). 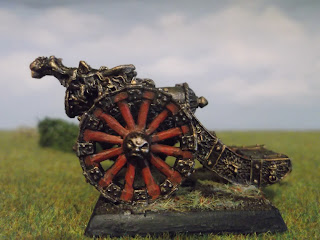 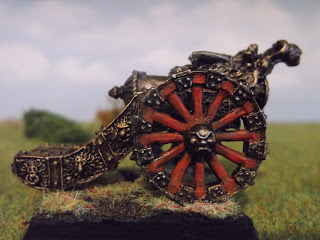 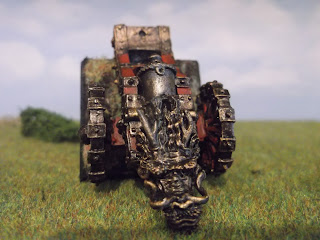 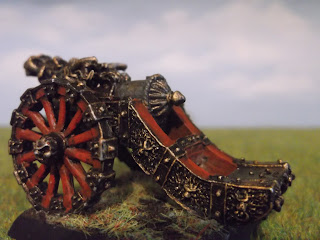 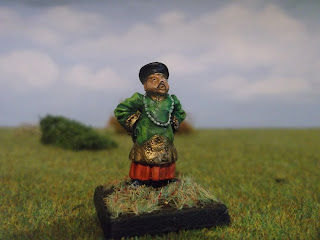 Pre-slotta  C05 Oriental Hero.
To me he looks very much like a Chinese Mandarin/Offical. 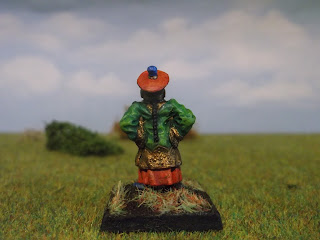 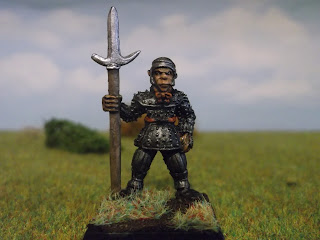 OH5 Oriental Champion.
I have painted his armour as Lamellar armour in a style similar to some Medieval Chinese solders. 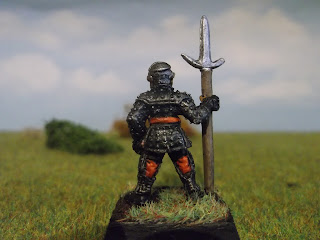 I am not sure what my next update will be on. I really do need to update on the army project which I have been working on for a while. The Cathay army is part of a group of 3,000 point armies I am working on for the nations and races of the Oldhammer era Warhammer World setting. It's a huge project. The 'Eastern armies' section alone has seven armies; Nippon, Cathay; Ind; Araby; Kislev/Dolgan; Empire of the Hobgobla Khan; and Undead Nipponese.
Posted by Goblin Lee at 11:28 4 comments: