At the very start of Rogue Trader, the first edition of Warhammer 40,000, there were all sorts of aliens and weird and wonderful troops. Some had their own rules and were covered in the rulebook, whilst others were prototypes, or random miniatures, often closely linked to the miniatures in Citadels 'Judge Dredd' range.

In this weeks blog update I have two miniatures from that early era: Dominators.

It is generally thought that they were a proto-type Tyranid control monster, similar to the (much) later Hive Tyrant. According to the 'Stuff of Legends' research website, they were released in March 1988, and were only avaliable, as far as I recall, via mail order. However I am sure that I recall seeing them before that, and one of them is pictured in the 1986 'Heroes for Wargames' book. Perhaps March 1988 was when they were finally released to the public? There were never any rules, and they seemed to have gone out of production quite soon after release. If I was to use them in gaming, I would probably use Zoat hero stats for them as they are also six-limbed, and about the same size, being slightly larger.

There were only two miniatures released, 'Hulendar' and 'Gorgravel'. I am not sure who sculpted them, but they have a Kev Adams look to them to me, but if anyone knows feel free to let me know. Both of them are three part miniatures, with both of them having the same upper torso, but different lower bodies which consist of a left and right half.

They were a challenge to put together. The two lower halves are relatively straight forward to glue together (with help from a little Green Stuff). However attaching the upper torso to the lower halves was trickier as it required holding in place, and filling, with a lot more Green Stuff. Considering this, I can understand why they did'nt make it into wider production as they are not too easy to assemble.

Painting wise I could only find two examples. One was from the 'Heroes for Wargames' book, and the other, featuring both of 'Gorgravel' and 'Hulendar', at the Stuff of Legends website, here:

I wanted to go for the classic red look for them, so I painted them a mid-shade between the two. They were fun and very quick and easy to paint. Whilst they have a lot of detail on them, the detailing is all of the same sort, mainly the Tyranid grown bone harness and guns. I am happy with the way they look, and glad to finally own them both and paint them. 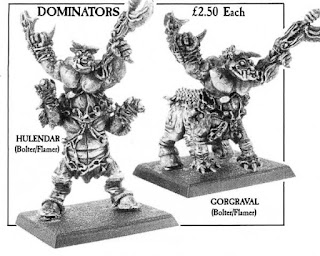 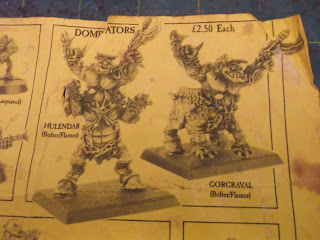 The remains of my old March 1988 flyer, which suffered the indignity of having tea split on it about 25 years ago! 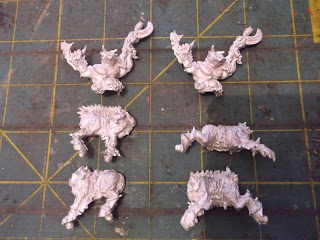 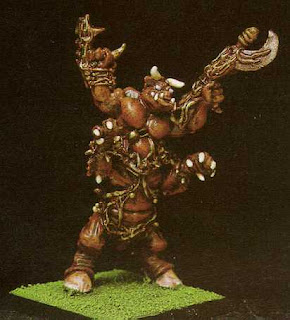 'Hulendar' from the 'Heroes for Wargames' book. 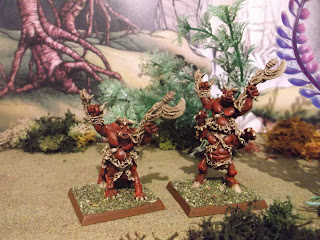 'Gorgravel' and 'Hulendar'.
They are mounted on 40mm square bases (as they were in the flyer). 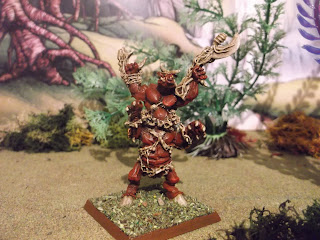 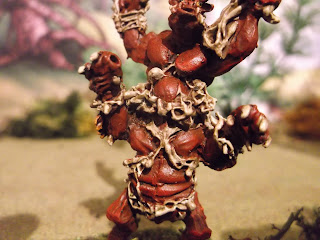 Front of the harness.
I have gone for a bone look for the harness, as the Tyranids use bio-technology. 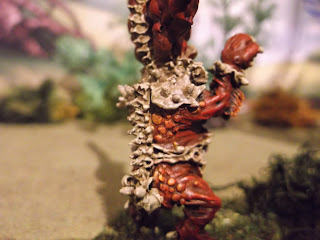 Right side.
I painted the raised scales orange to add a little difference of colour. 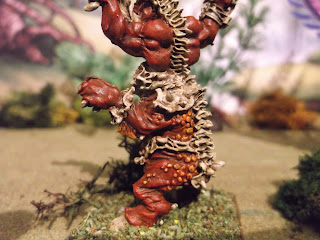 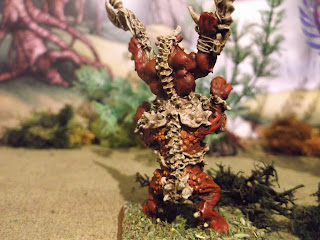 Rear view.
The bone harness looks very much like an extrnal pelvis and pair of shoulder blades, linked via something looking akin to spine vertebrae, as befitting Tyranid bio-tech. 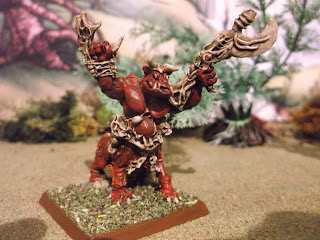 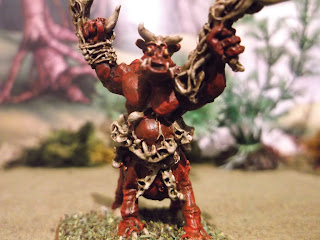 Close up of the front of 'Gorgravel'. 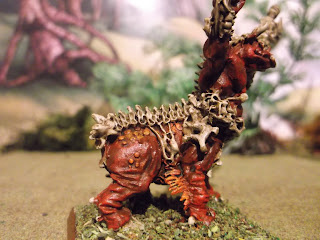 Right side.
On 'Gorgravel' you can see the fringe of fur(?) on the middle arms, which I painted orange to match the scales. 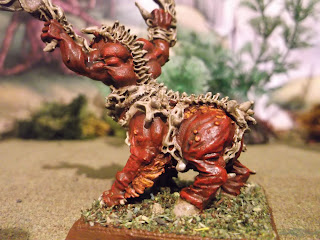 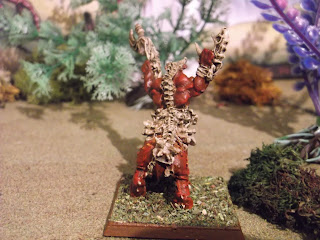 Rear view.
Again, is it the same harness design as 'Hulendar'. 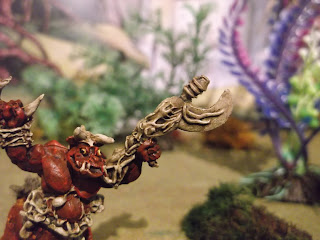 Peek-a-boo!!!
Close up of the gun. I am not sure which one is meant to be the bolter, and which the flamer. I think that this is the bolter, as it has a combat blade on it. 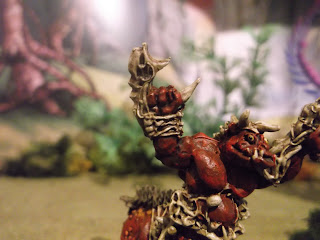 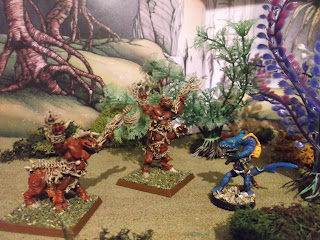 
I have no idea what the next blog update will be on. Apart from the Dominators, I have'nt really been painting recently, but I have a lot of projects I could be starting.
Posted by Goblin Lee at 21:29