On Friday last (7th October 2016) I lucky enough to attend a viewing of the current art exhibition of the work of the artist Ian Miller, held at the Corridor Gallery in Brighton (East Sussex, UK), at which Ian Miller himself attended.

For those of you unaware, Ian Miller is an artist who contributed a body of work to many of the GW publications during the 1980's, very notablity Slaves to Darkness. In addition, he provided work for the Tolkien Bestiary (in the late 1970's), and a wealth of art since.

It was a great evening. The gallery was very busy, and had quite a lot of Ian Miller's artwork on show, with signed prints to buy, of with I bought two, as well as most of the artwork itself for sale as well. I chatted to Ian Miller about his current art, and the art which he did for GW in the 1980's. I did take a photograph of the general crowds in the gallery, which included Ian Miller, but I did'nt publish it on my blog out of respect for his privacy.

He mentioned that he no longer owned a lot of the art he did for GW, and that during the 1980's he was given 'boxes' of miniatures from at the time, which he recently sold! I had taken my old copy of Slaves to Darkness with me, and as I was showing other people at the show Ian Miller offered (and did) sign and dedicate it. All in all he is a very pleasant and interesting man to chat to, and after liking his art for the last 30 years, it was great to finally meet him and see his new work.

Here are the links for Ian Millers and the Corridor Gallery websites. Both are well worth a visit, and the exhibition is on until 31st October 2016 (closed Mondays), and worth a trip to Brighton if you are able: 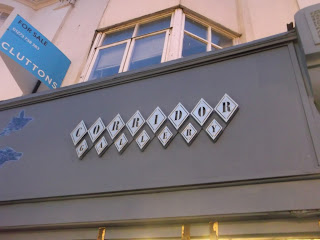 The front of the Corridor Gallery (it's not for sale by the way! LOL) 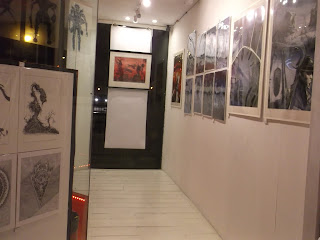 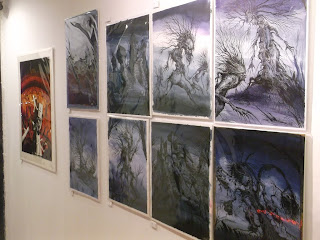 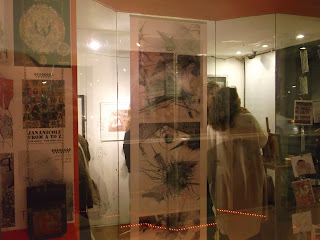 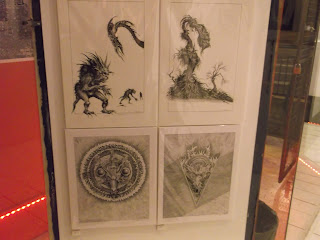 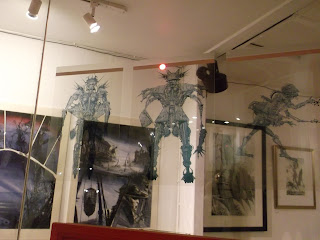 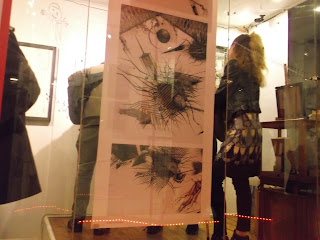 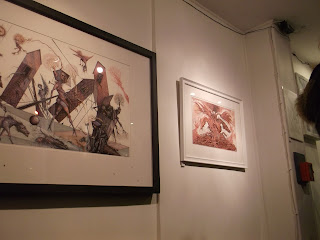 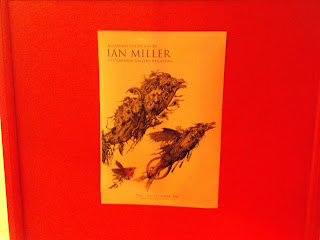 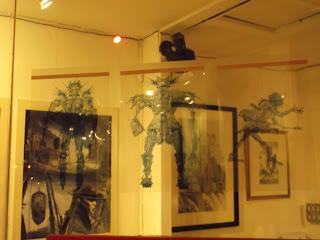 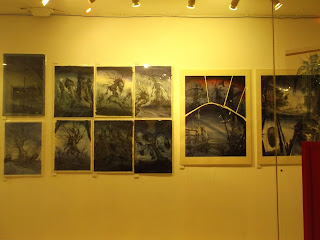 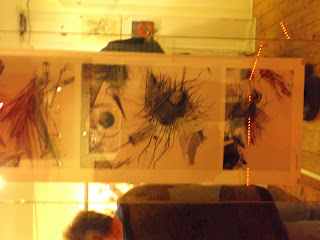 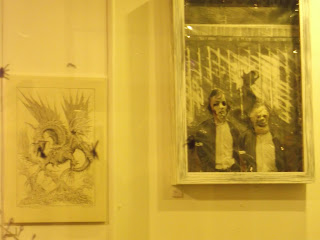 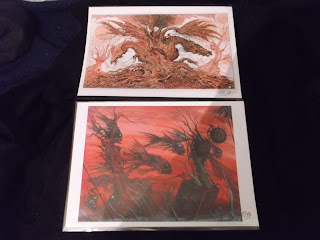 The two prints which I bought. They are signed and numbered, about A3 sized, and were £20 each.
Both of the originals are on show, and for sale. 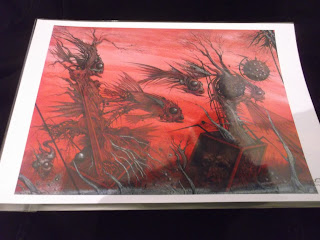 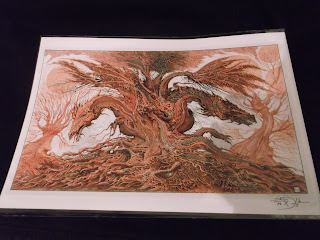 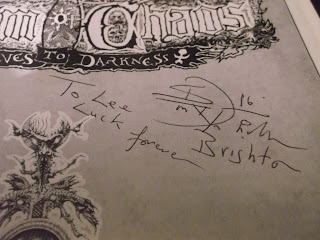 Ian Millers signing and deidcation in my copy of Slaves to Darkness.

Next update will be probably either Snakemen, or Tomb Kings, or maybe both. :)