The Slaves to Darkness Daemon Legions.

In a way, it's been another chaotic month with one thing and another, but also it's been a Chaotic month as well! Due to various family and work commitments, and some (non Covid!) health problems, I have had little time to left to get any painting achieved.

So I have been sorting out my Slaves to Darkness Daemon Legions, with a view to having a particular painting project on which to focus. Of course saying that, with the 'Oldhammer' challenge of 'Orctober', when people are encouraged to paint Orcs (or even Orks) in October, I have been instantly distracted by something else! Anyway, sorry for the half-arsed update of unpainted lead, but they are worth a look, and when I get things sorted out a little more, will be a fine sight to behold.

In case you are unfamiliar with the the idea behind Daemon Legions in the Slaves to Darkness book (3rd Edition Warhammer era) , the idea is to field armies (Legions) of Daemons, plus allies and  auxiliaries. These battles are assumed to take place in the Chaos Wastes and are only fought between other Daemon Legions. Slaves to Darkness only covers Khorne and Slaanesh Legions, Tzeencth and Nurgle of course being covered in The Lost and the Damned.

As Slaves to Darkness was released first, and was the only Chaos volume for a while, I always consider the Khorne vs Slaaneshi confrontation to the archetypal pairing. So with that in mind I also always consider the two opposing forces to be a paired set, both being the flip side of one another and the greatest of adversaries.

In assembling the Legions I followed the guidance in the book. It suggests 5,000 points is a good starting point for a Legion, as Daemon armies are more expensive in points and unsuited for general Warhammer games. In addition, it also suggests that once you have assembled one Legion, why not organise your forces to fight with two, three or more Legions per side? As someone who never does things by halves (well, maybe this blog update, please see above!) I would consider it rude not to take up the challenge!

Given this I have organised the Daemons into three separate Legions per Chaos Power, giving six Daemon Legions in total, with the points breakdown of each Legion being approximately 1,800 points on Daemons; up to 1,650 points on auxiliaries (such as Undead, Independent Greater Daemons, and Chaos Monsters), and the remaining points on Chaos Legionaries and magical weapons. Each Legion will be led by one Greater Daemon, with others added for free as per the rules. In addition, to give the Legions a more coherent feel, I plan to give each Legion, including the Greater Daemon acting as its commander, their own paint scheme to unify them together. 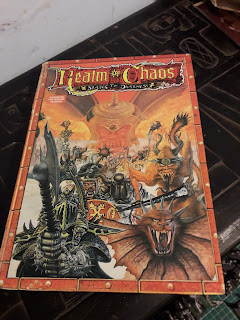 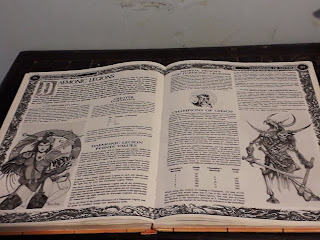 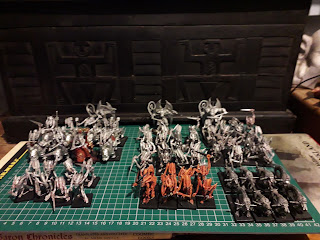 The Daemon Legions of Khorne.
For both Chaos Powers I have gone with the idea of having 1,800 or so of Daemons, working out to two or three units per Legion, with the rest of the points being spent on Chaos Legionnaires and Auxiliaries. I also wanted to have one Legion as just ordinary Daemons, whilst the other two having other Daemonic troop choice instead. 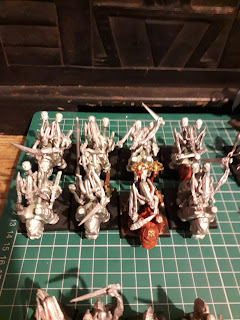 Bloodletters mounted on Juggernauts.
These Daemons cost a cool 1,200 points before any additional Daemon Weapons! The ordinary Bloodletters cost 600 points per unit. 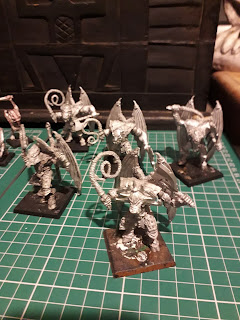 Five Bloodthirsters.
The rules for assembling Daemon Legions state that Great Daemons of that Chaos Power do not cost any points, but the number of Greater Daemons to be used (if any) are decided on before the battle, up to the sacred number of the Chaos Power. So I decided to have at least one for each Legion, and then add spares as I go. 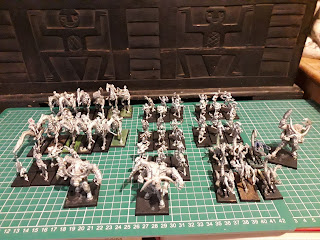 Daemon Legions of Slaanesh.
Again I applied the same principles to the Slaaneshi Legions as I did with the Khorne ones.
I'm particularly pleased to have a full unit of Fiends of Slaanesh as they are difficult buy now. 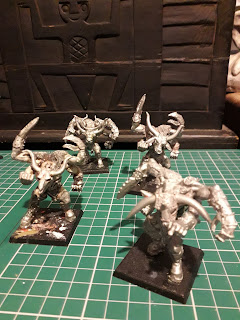 Keeper of Secrets, Great Daemons of Slaanesh.
I only have the four, but like the Khornate Daemons I shall add more as time goes on. 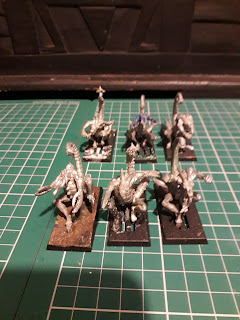 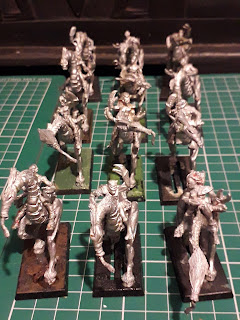 Daemonettes of Slaanesh riding Mounts of Slaanesh.
These are cheaper in points, 720 per unit, than the Bloodletters on Juggernauts, and only a little more expensive than the ordinary Daemonettes at 600 points. 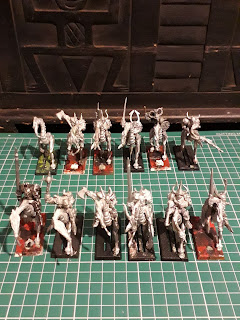 Chaos Legionnaires mounted on Mounts of Slaanesh.
These are part of the Legion proper and so do not count towards the Auxiliaries points allocation. 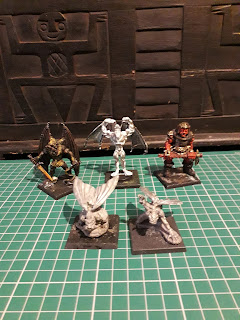 Independent Greater Daemons.
These can be purchased from the auxiliaries point allocation, and I am looking to field at least one per Legion.
The miniatures are all Citadel and right to left:
Back row: C31 Balgorg; C28 Giant Daemon (Arch Daemon) Amratha Mangorer; CM2 Fire Giant; and
front row: C34 Daemon; C34 Pit Fiend. 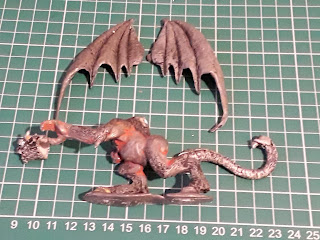 TA1 Golgoth, Lord of Balrogs.
He is to be used as another independent auxiliary Greater Daemon.
I do have several other Greater Daemons I can use, but they are requiring assembly/paint stripping too. I just wanted to include this one in the blog update because it's a lovely, and fairly large, old miniature. 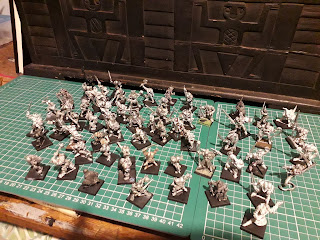 Chaos Legionnaries on foot.
These are a mix of Khornate and Slaaneshi Chaos Warriors and will be sorted out into their respective Legions once the points values have been worked out.
The Snakeman in the corner is one of many spare ones I have, and I will probably be using Snakemen miniatures to fill the ranks of Slaanesh's Legions as they fit the Slaaneshi theme quite nicely. 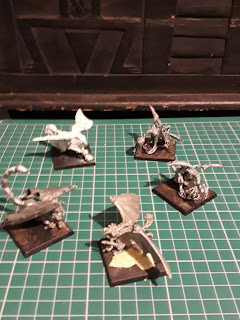 Auxiliary Monsters of Chaos.
Here are a few of the monsters I amy be adding to the Legions, points allowing. There are two Jabberwocks, a Manticore, a Hippogriff, and a Cockatrice. I also have a variety of smaller Dragons, Gorgons, and Harpies, as well as Undead, I might add as well. 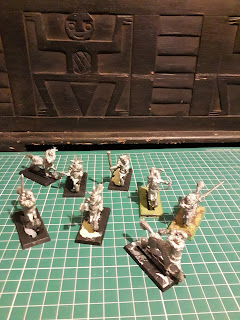 Next blog update might be on the Chaos Legions, although I am looking at painting up something Orc-ish or Gobliny for 'Orctober'.
Posted by Goblin Lee at 22:23