Another little later than planned blog update this week. This week I am focusing on something more modern compared to the older miniatures in my collection.

Due to the importation of the concept of 'Black Friday' to the UK as a general marketing tool, several companies were offering deals, one of which was Bitzbox ( http://www.bitzbox.co.uk/ ), who offered a generous discount on lots of things including their old stock of Kromlech bits.

Kromlech is a company from Poland which produce resin made alternative heads and equipment for Space Orks, Imperial Guard, Space Marines, as well as complete models and vehicles ( http://www.kromlech.eu/ ).
The resin they use is tough but not brittle, and only slightly bendy. I only had one mishap when one of the earflaps of a fur hat snapped off, but they are not as brittle as Citadels 'Finecast'.

Now I have a fair sized contempary edition 40k Space Ork army which I have never bothered to paint. My plan was orginally to have them as a Wehrmacht Ork/Blood Axe army, but I had already done that idea which my Rogue Trader army, plus it seems a little too cliched now.

So, just like the Indiana Jones franchise of films, I updated my 'generic bad guy' idea from NAZI Germany to Soviet Russia by purchasing some of the the Kromlech Russian style Space Ork heads. It also amused me using the most capitalist of days to buy something Soviet in style. LOL

Kromlech produce two types of Russian looking Ork heads, the ones in Budenovkas; and Soviet heads in fur hats. Budenovkas were a style of hat used in during the Russian Revolution and Civil was by the Red Army, and used up to the early part of World War Two. So I bought a couple of packs and then got glueing! 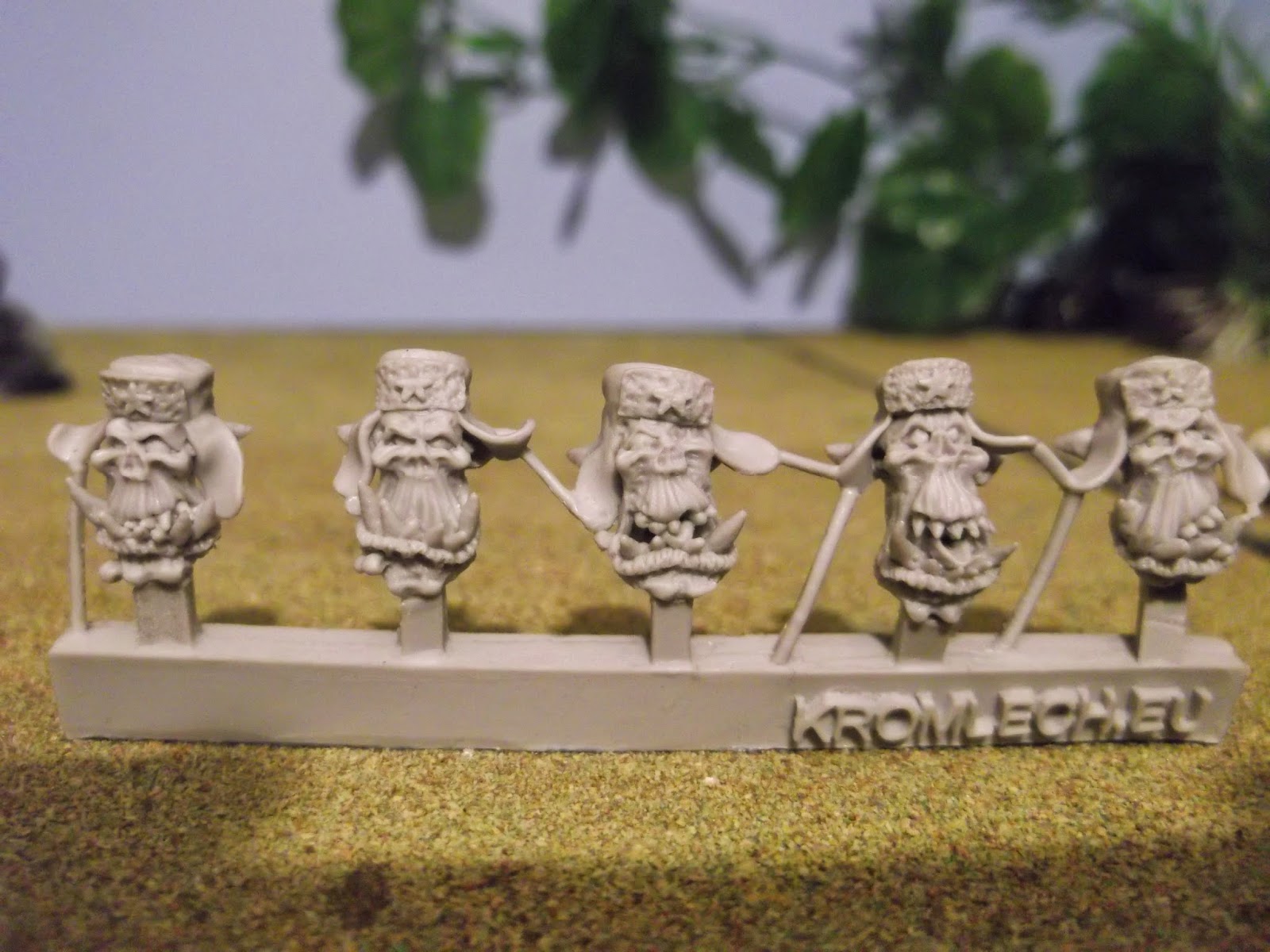 Ork heads in fur hats.
They come in packs of ten, two of the same sprue. 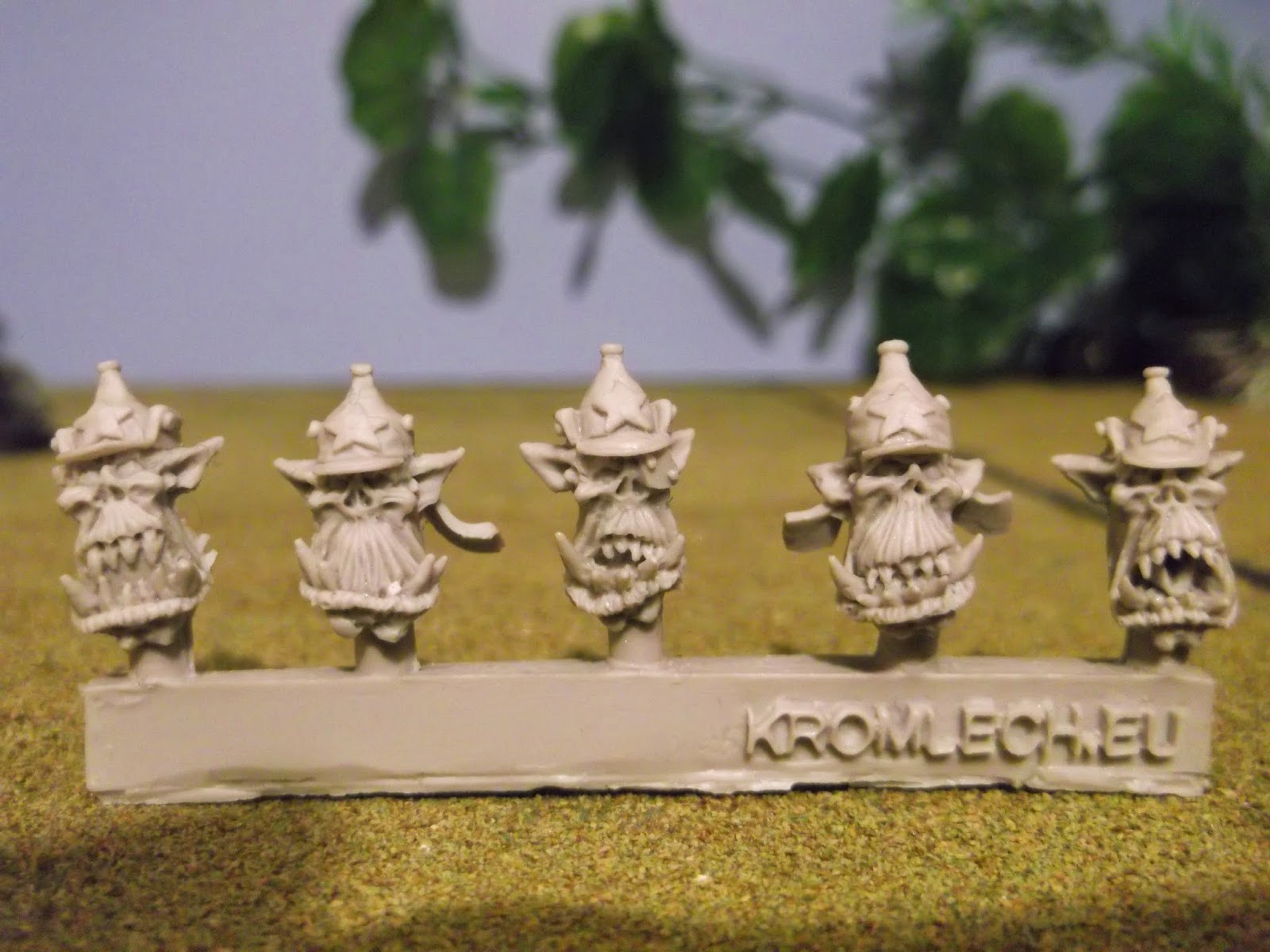 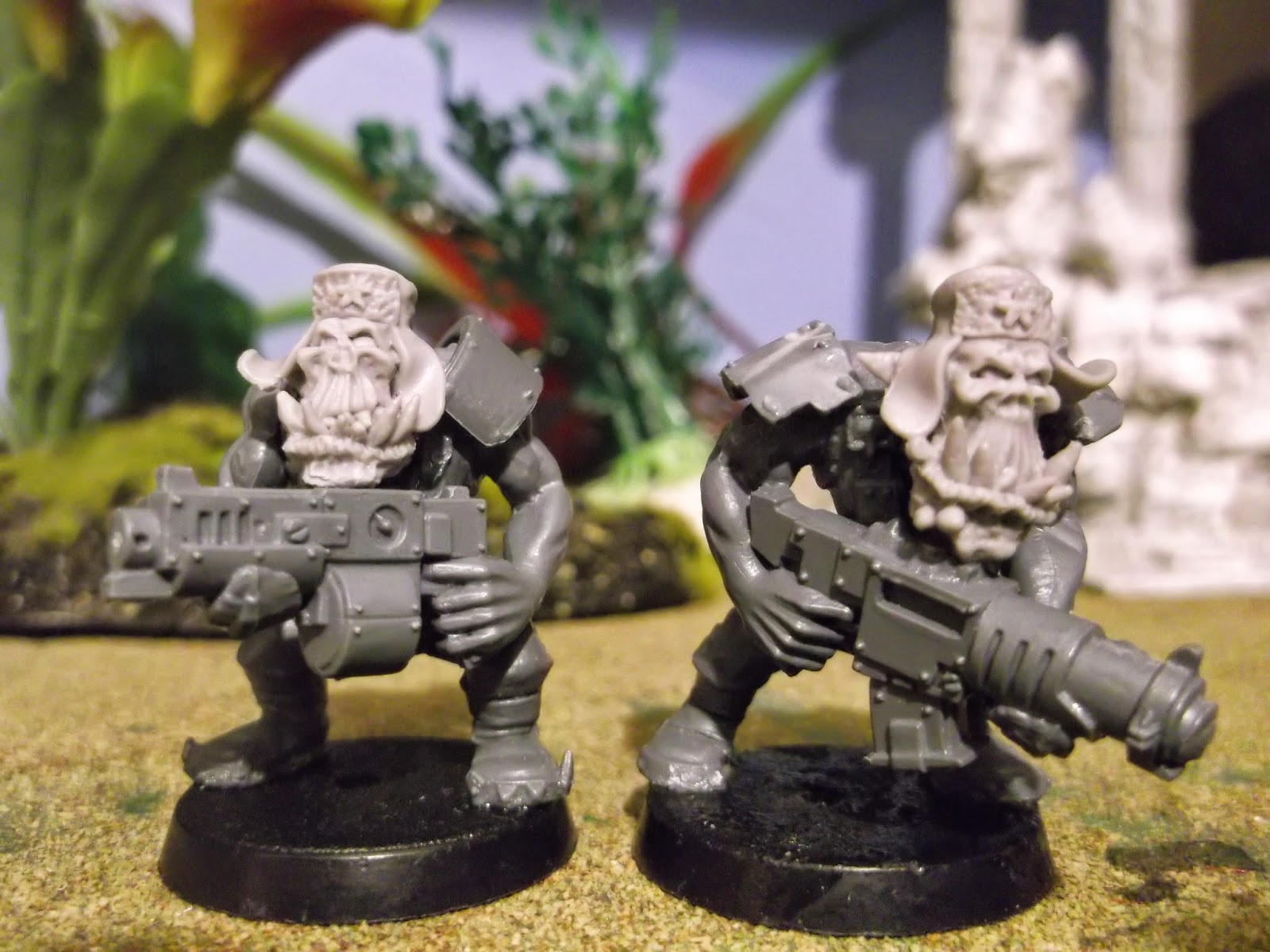 The first two of the heads.
Both sets of heads are only slightly larger than the Citadl ones, and fit on the bodies very well. They have lots of teeth too! 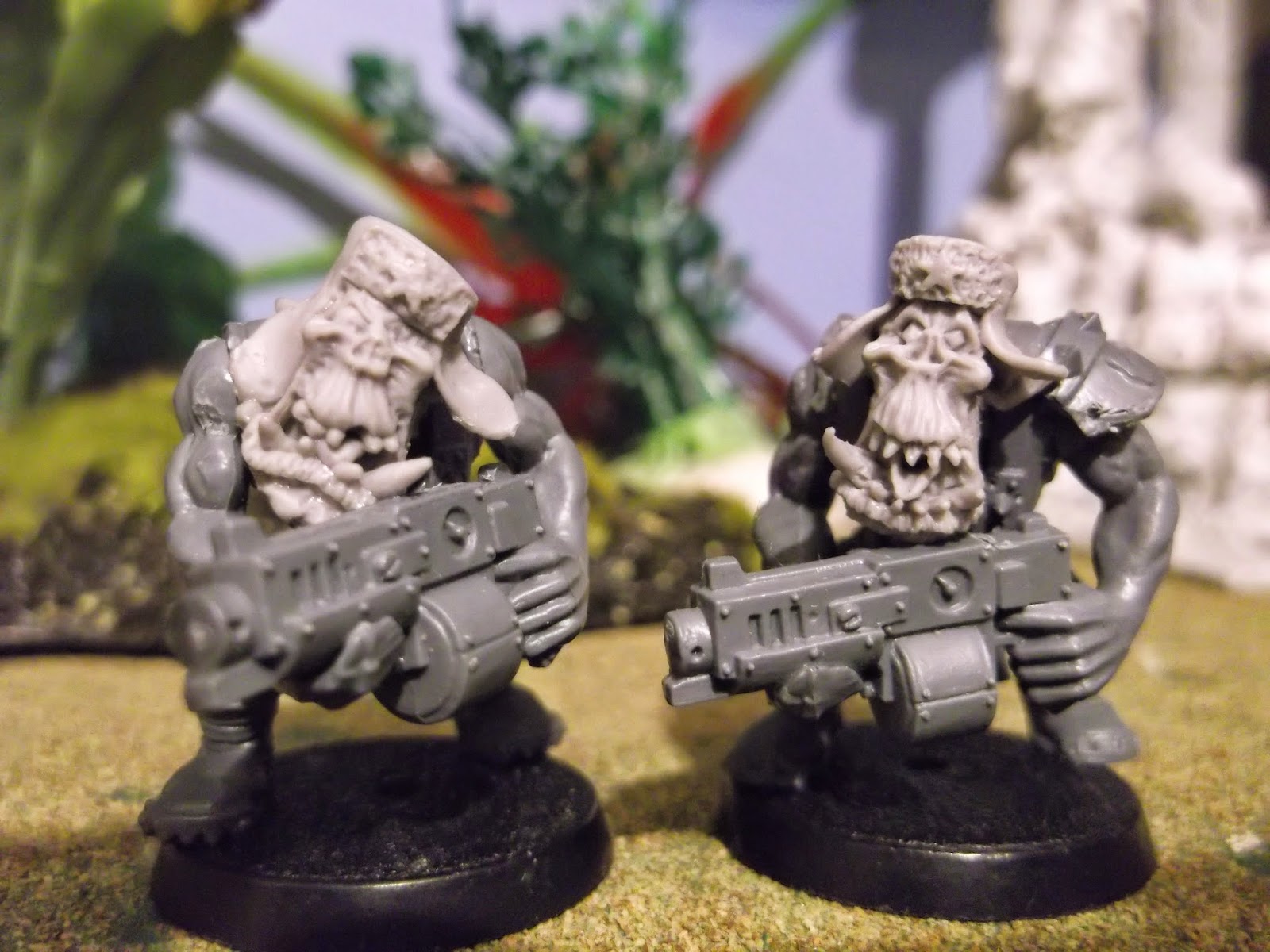 Second pair.
I like the crazy look of the one on the right. 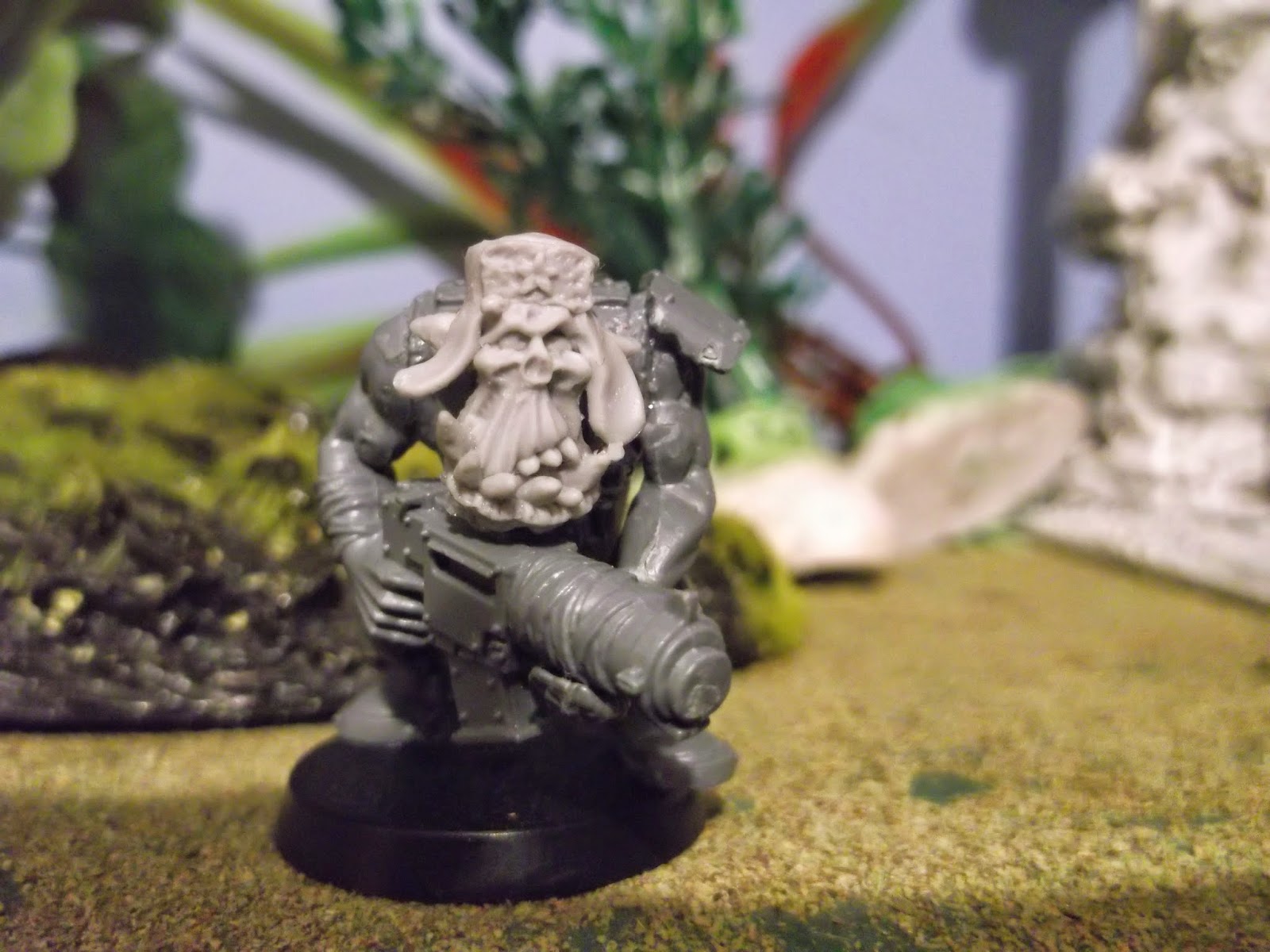 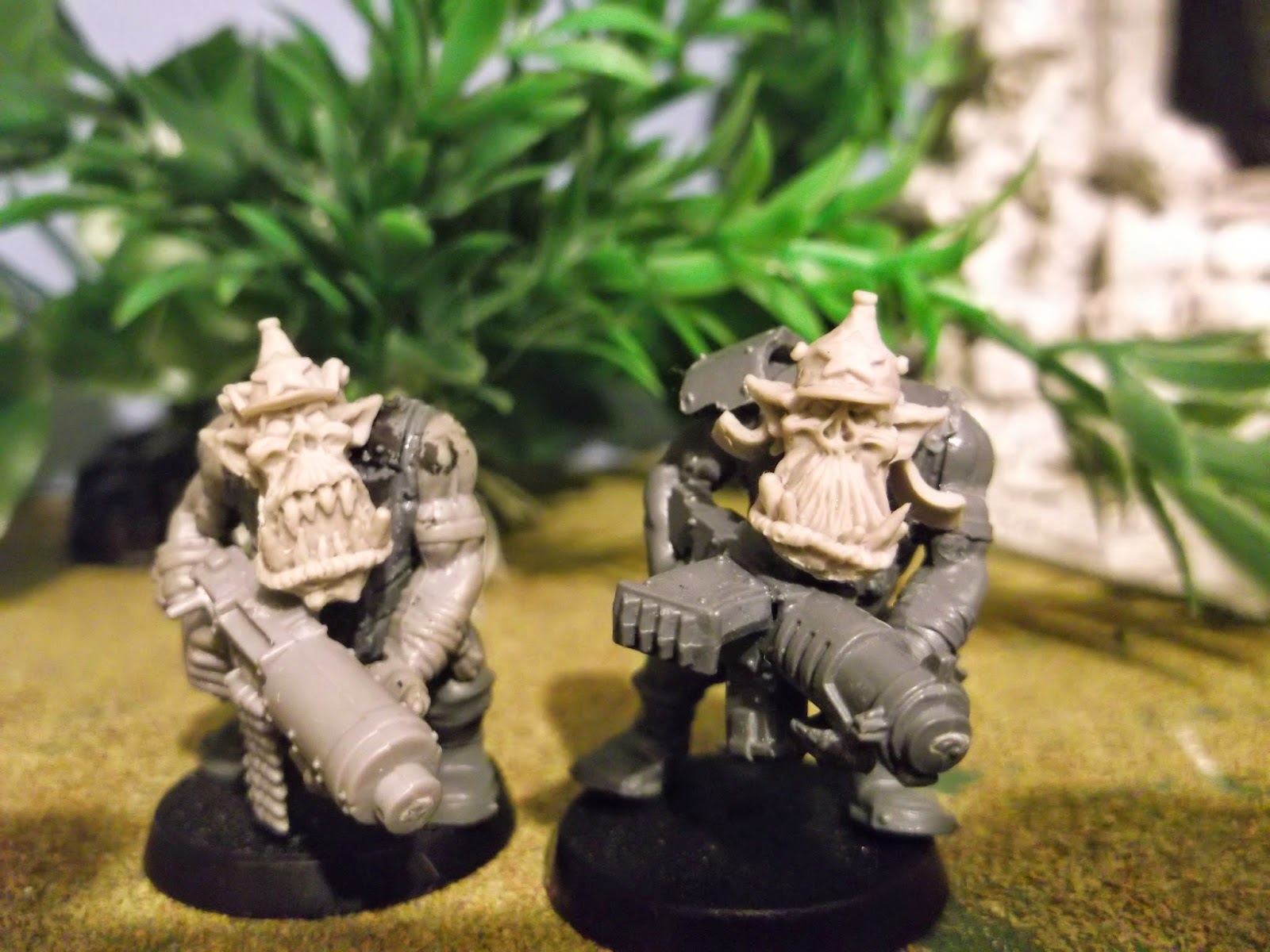 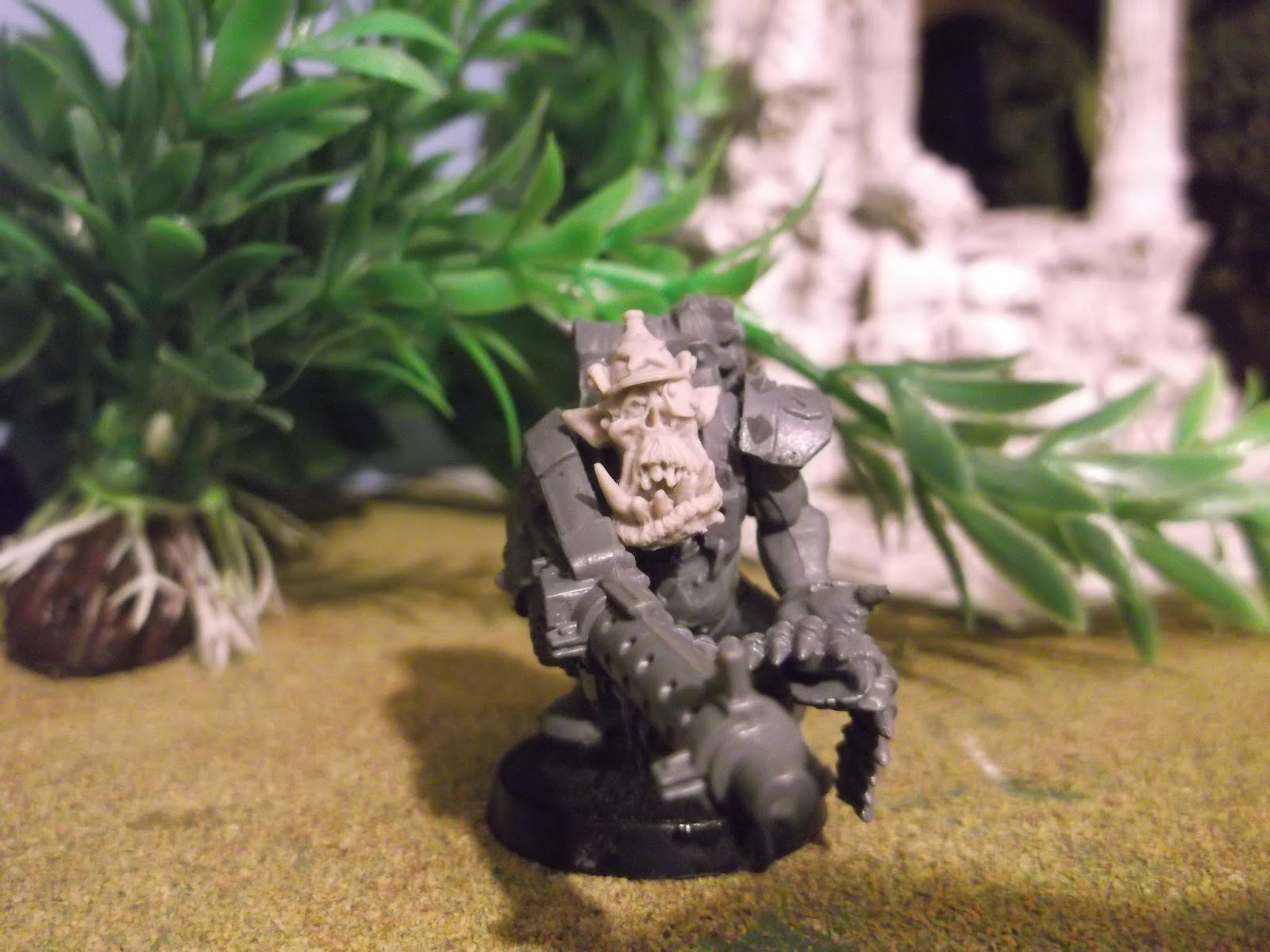 Ork with an eye patch, which I thought would suit the heavy weapons Ork.
I thought I could paint some of them up as a targeters, and I have already converted one into a pair of goggles/glasses. 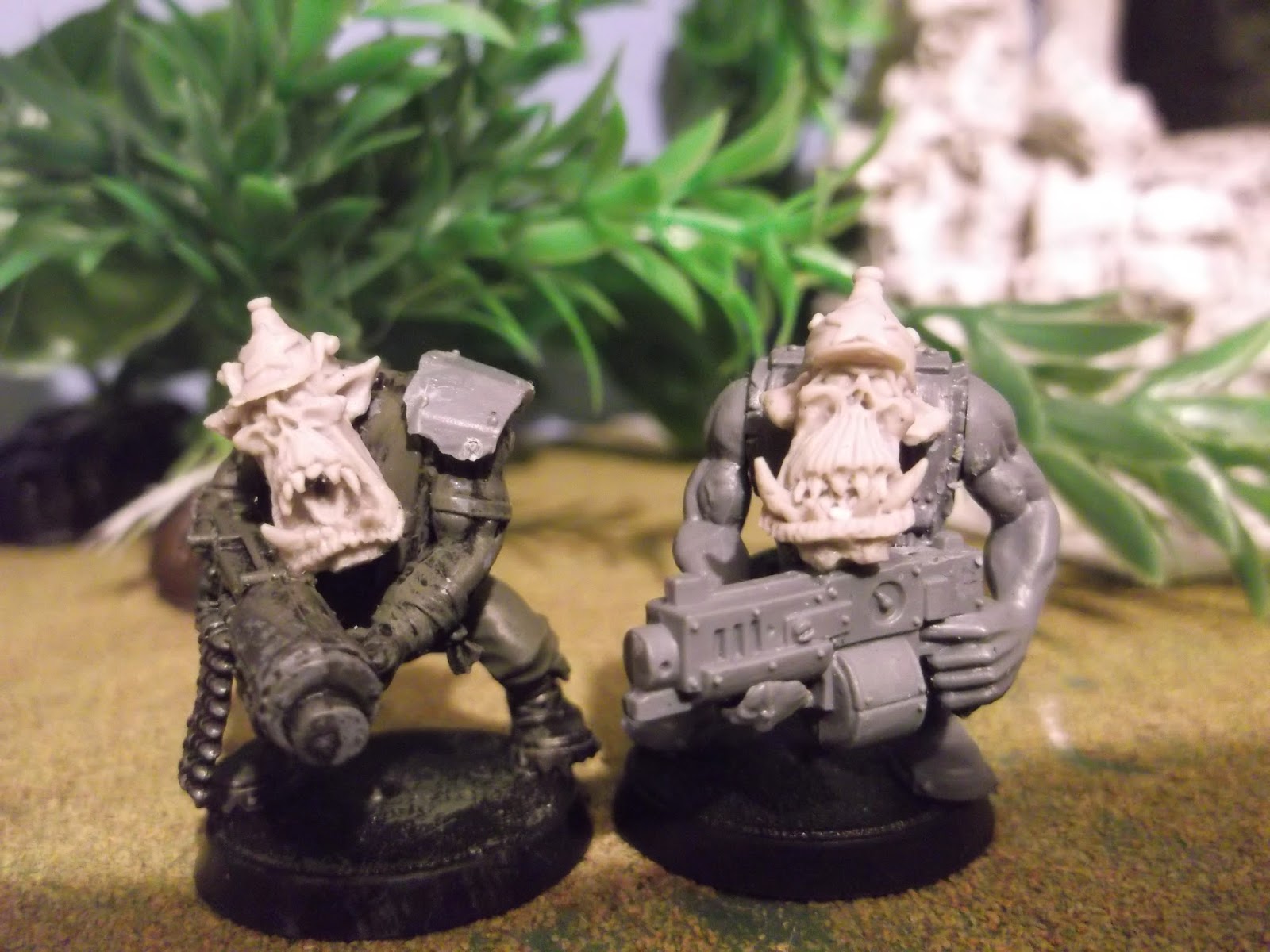 The last two Budenovka Orks. The detailing of the tongue, teeth, and expressional faces are very good. 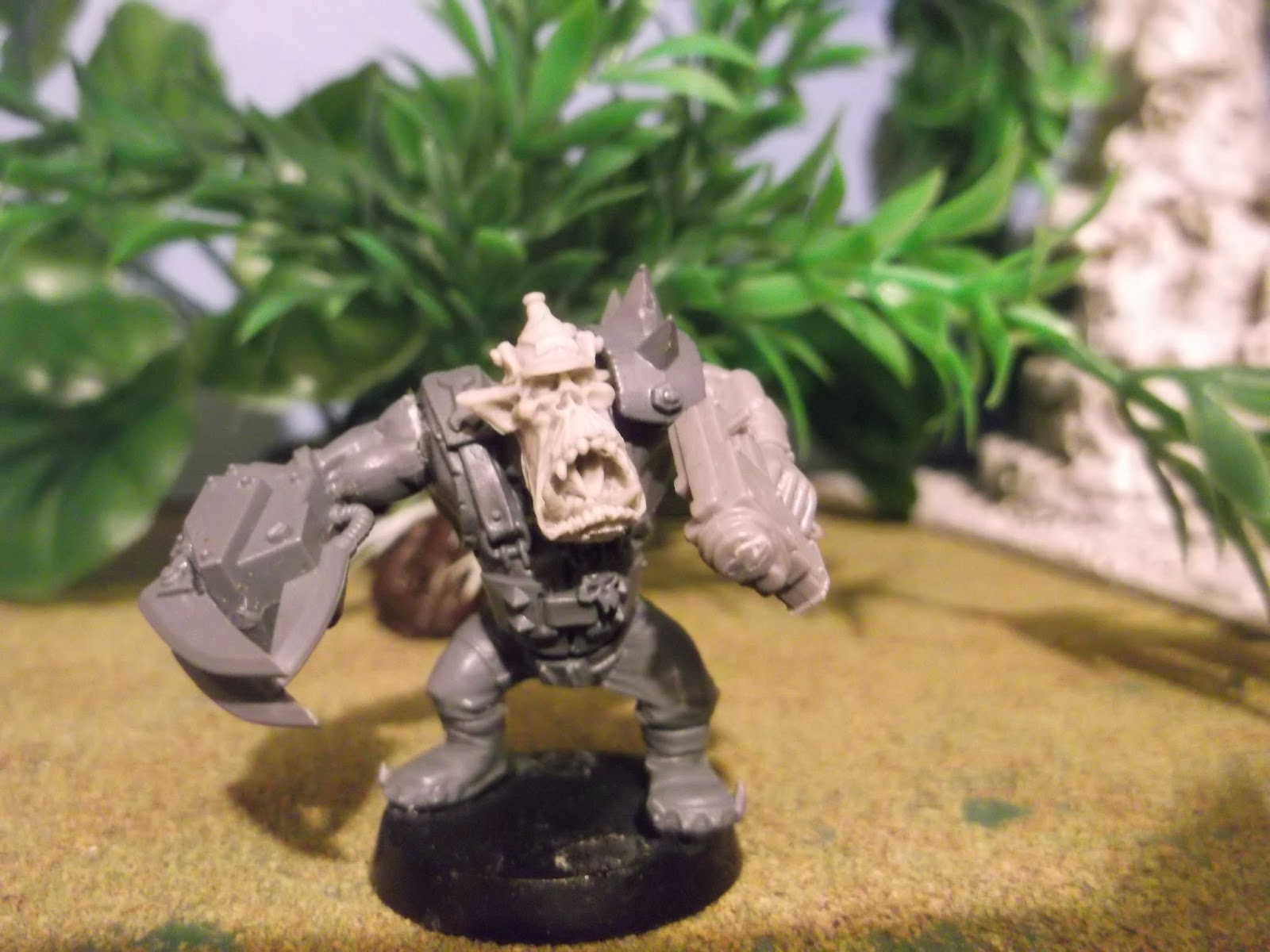 I added a Budenovkas to an Ork Nob body to give an idea of scale and that they seem to work just as well. 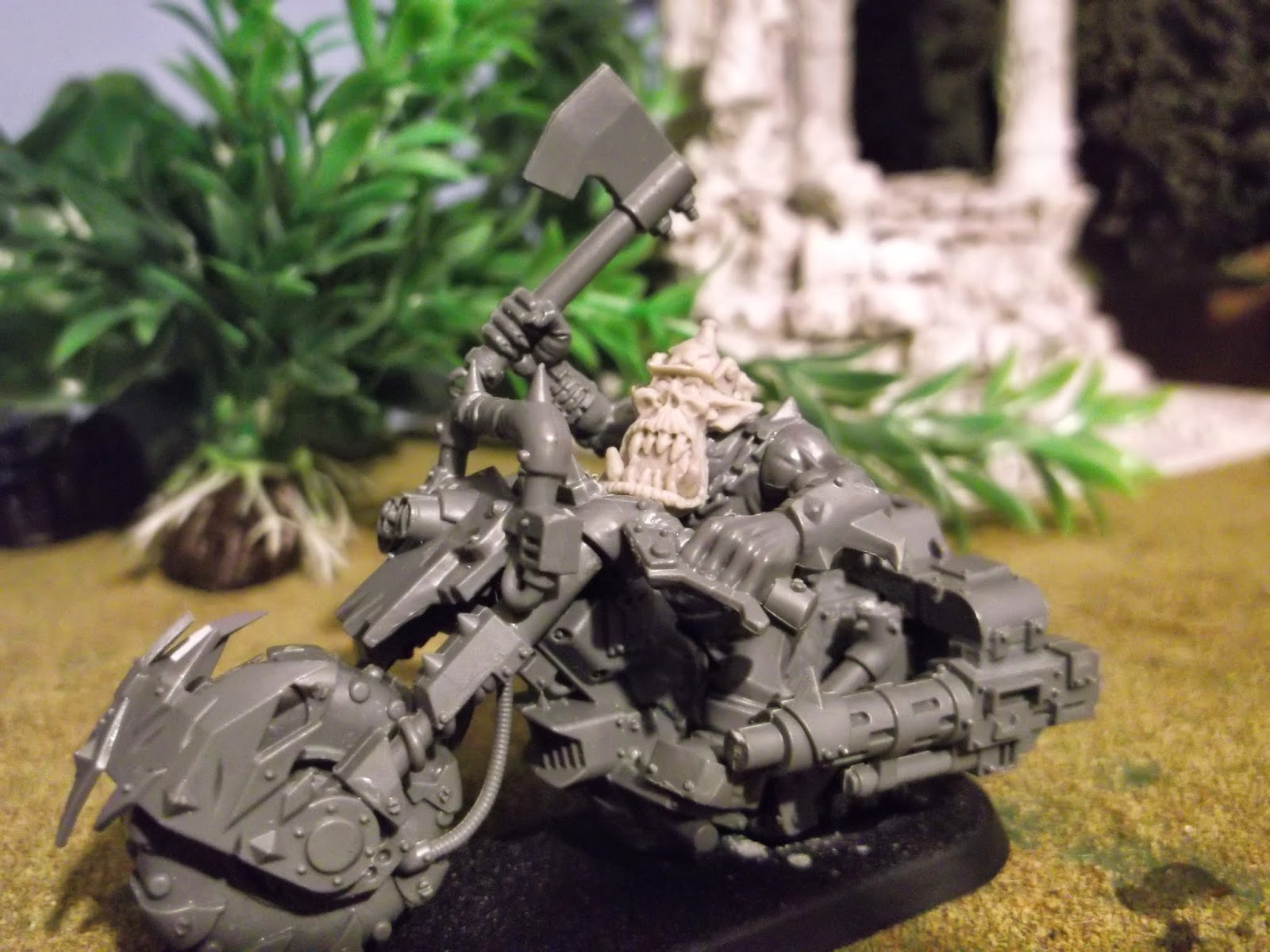 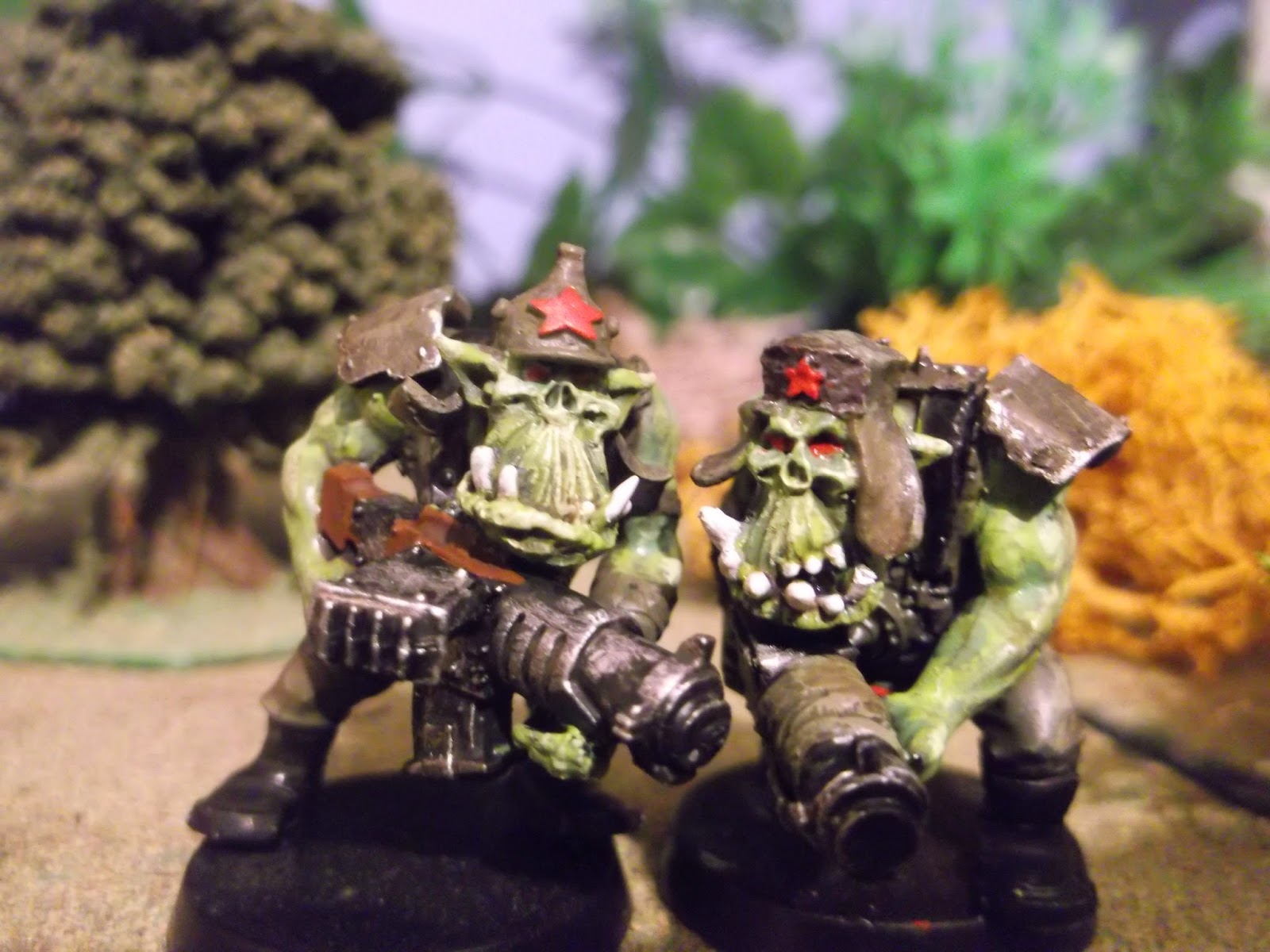 "Wotch ya reckon Comrade, shall we shoot 'em?"
I painted one of each of the Orks up quickly this morning.
I am pleased with how they look painted, and might do a mail order for some more and paint up the rest of the army. 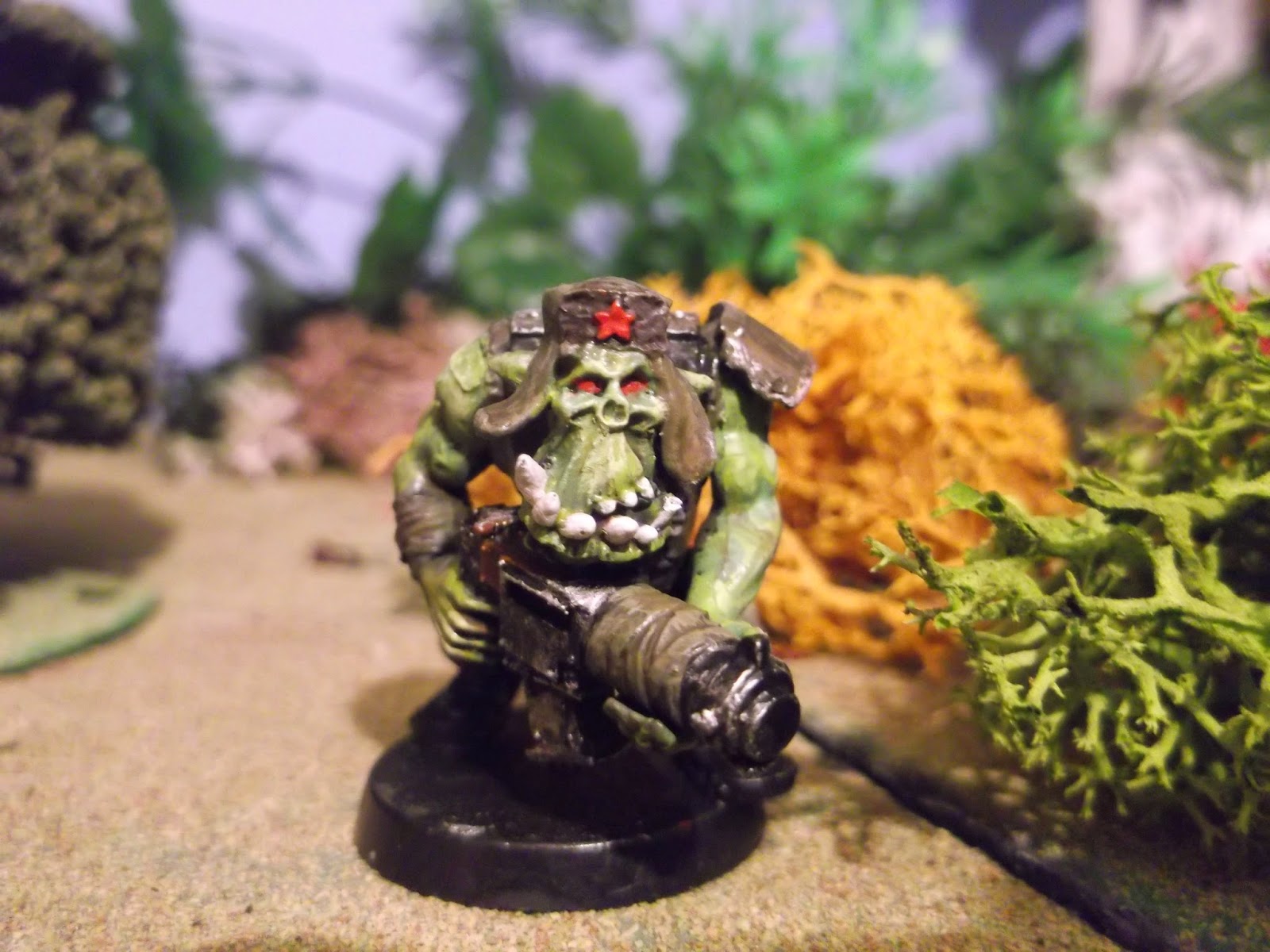 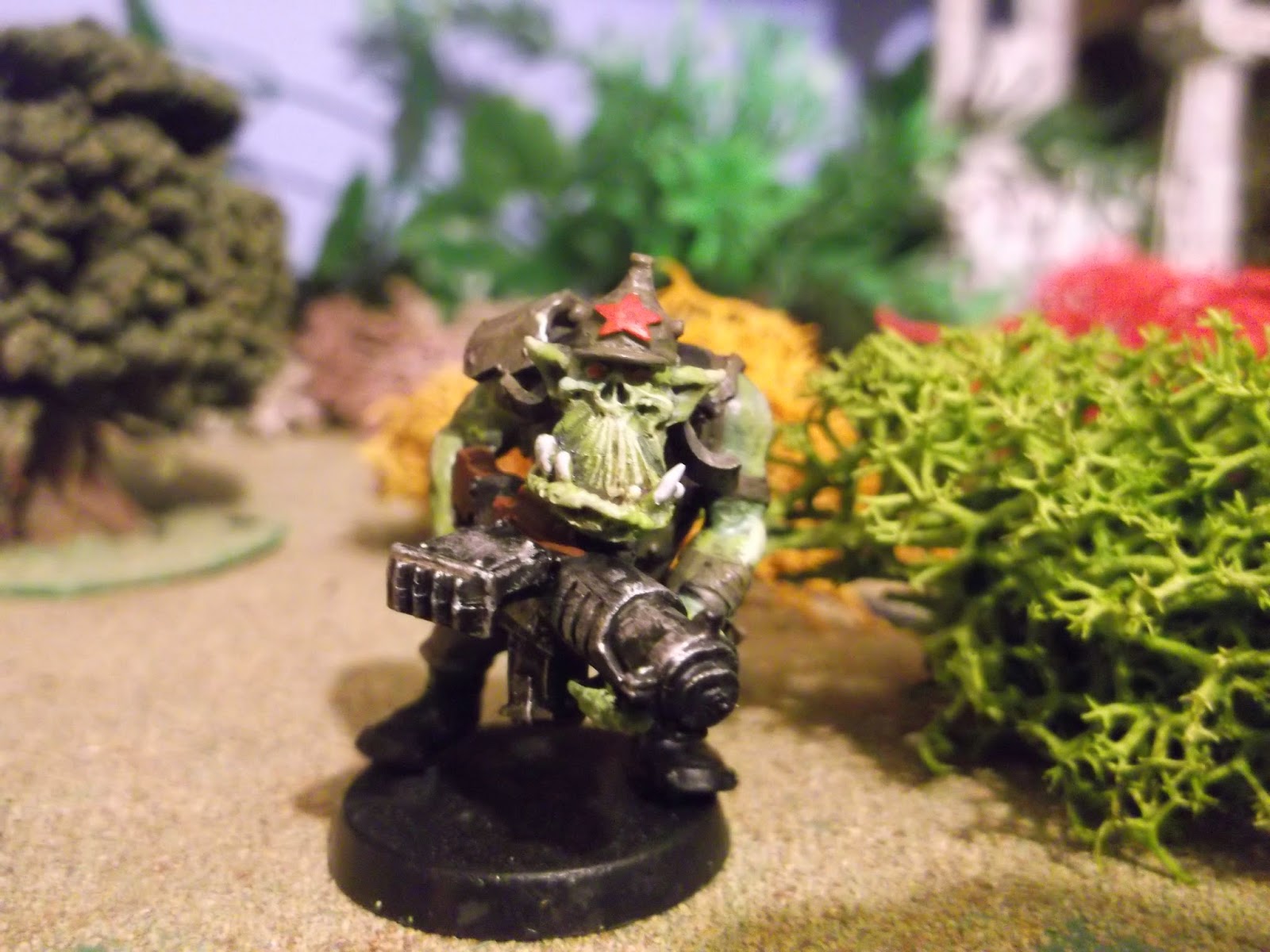 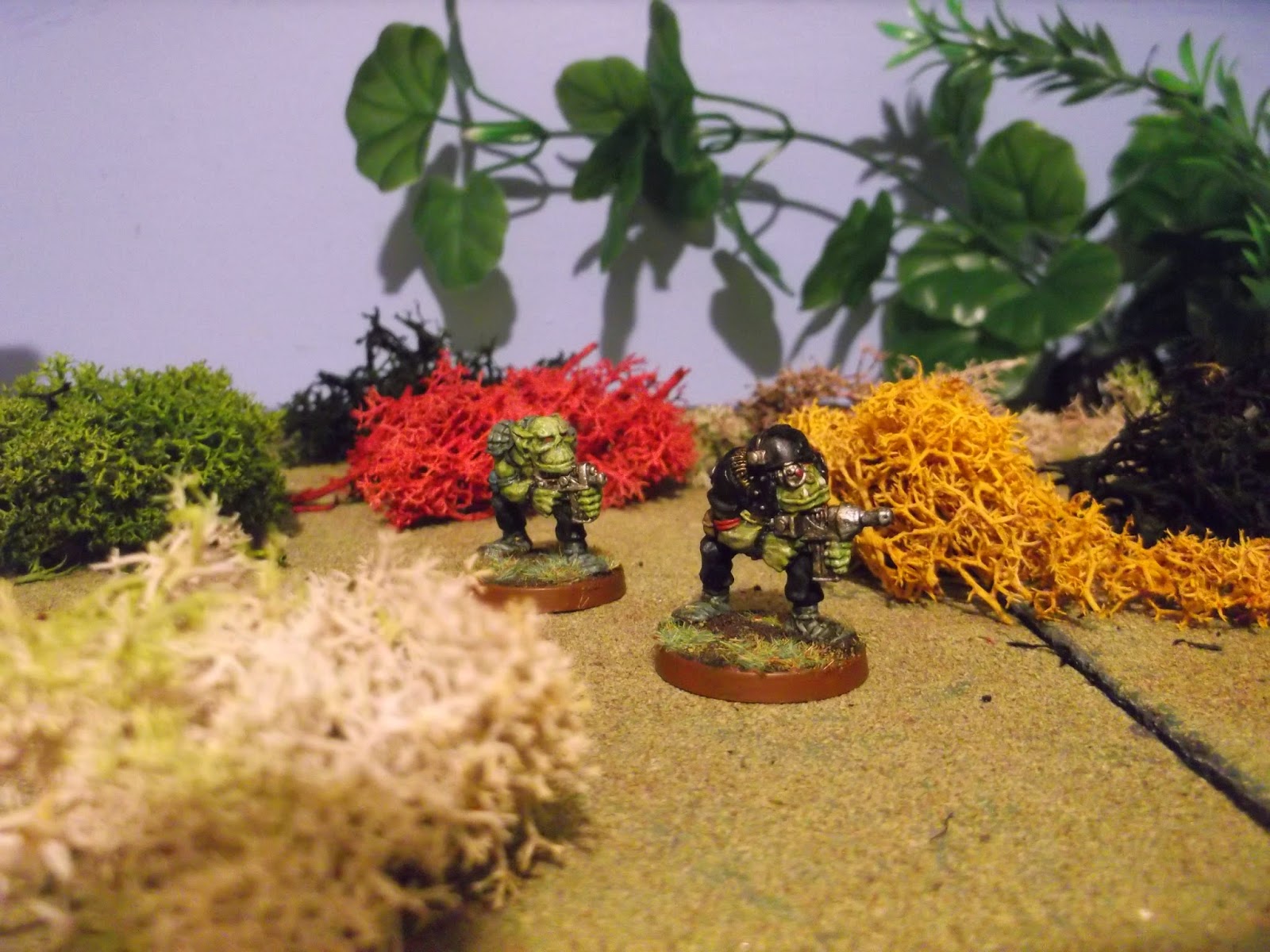 I also bought some mixed lichen from an art shop in Brighton.
I think it give that old Rogue Trader feel. 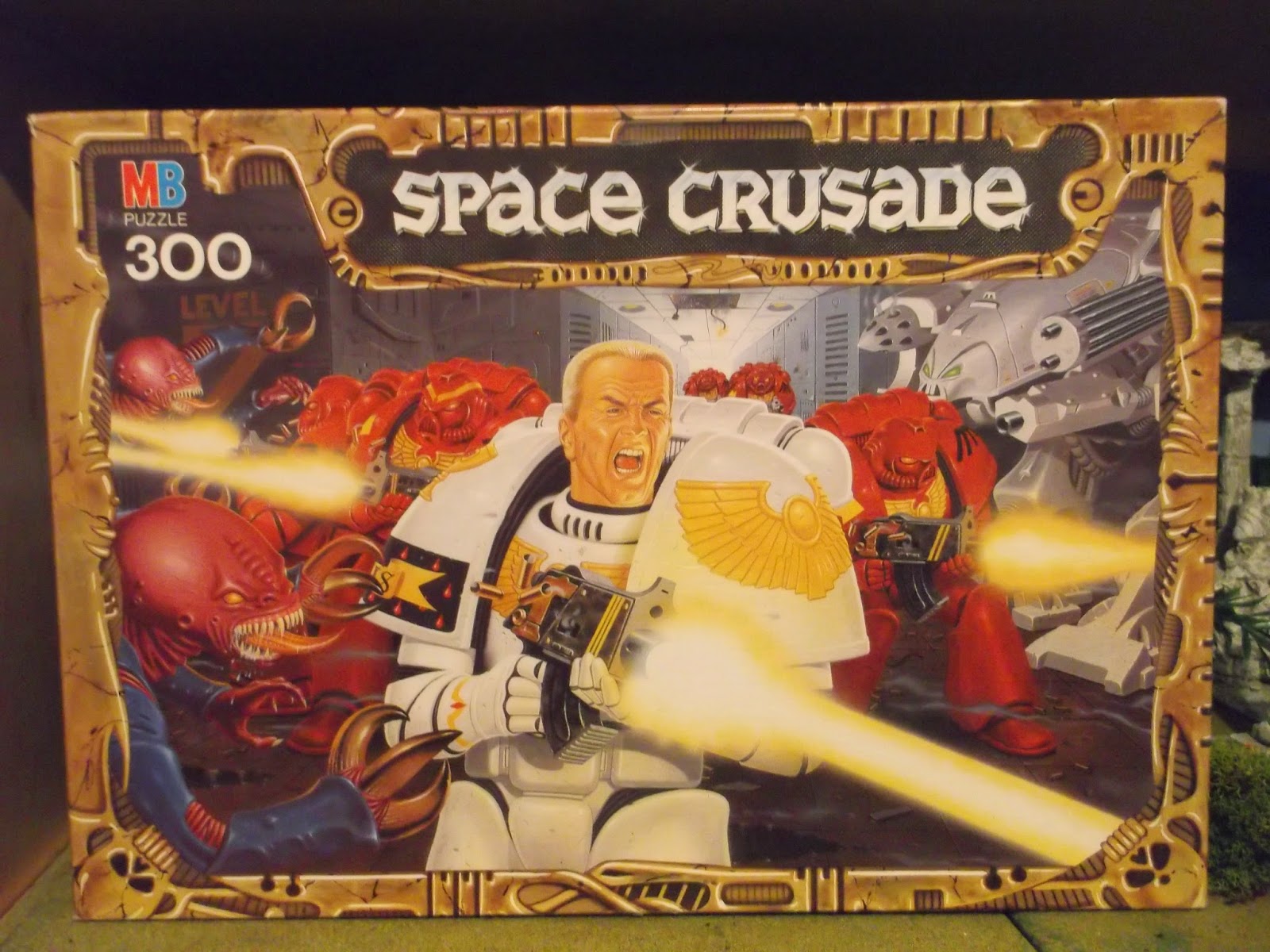 In addition to the lichen, I found an old Space Crusade Jigsaw puzzle in a charity shop for only £1.50.

Not sure what the next blog update will be on. I am still buyimg odds and ends of Squats, but really need to find a proper project to get focused on.
Posted by Goblin Lee at 18:38