It's been a little while! Now what to do.

...yes, it's been about three weeks since I last updated my blog!

At first my main distraction was having building work done at home which turned out to be a less than happy experience with the builders. However, just over a week ago I was ready to update but felt unwell, which turned in a very bad case of gastroenteritis which left me unable to paint or blog, and for a several days confined to bed. Sorry to say but my only forrays into my hobby were the occasional post/like on the Oldhammer Facebook Group, and of course a little bit of e-bay :)

But I'm back and (mostly) alive and well and looking forward starting a new project.

After the great success with the Space Slann project I have been comtemplating the following projects for the coming year (in no particular order):
I am sure there will be a few more high point 3rd Edition battles with Justin, and I am bound to end up buying stuff from somewhere that I will want to paint as well.
Also at some point I want to start sculpting. I have several ideas but need to organise things. 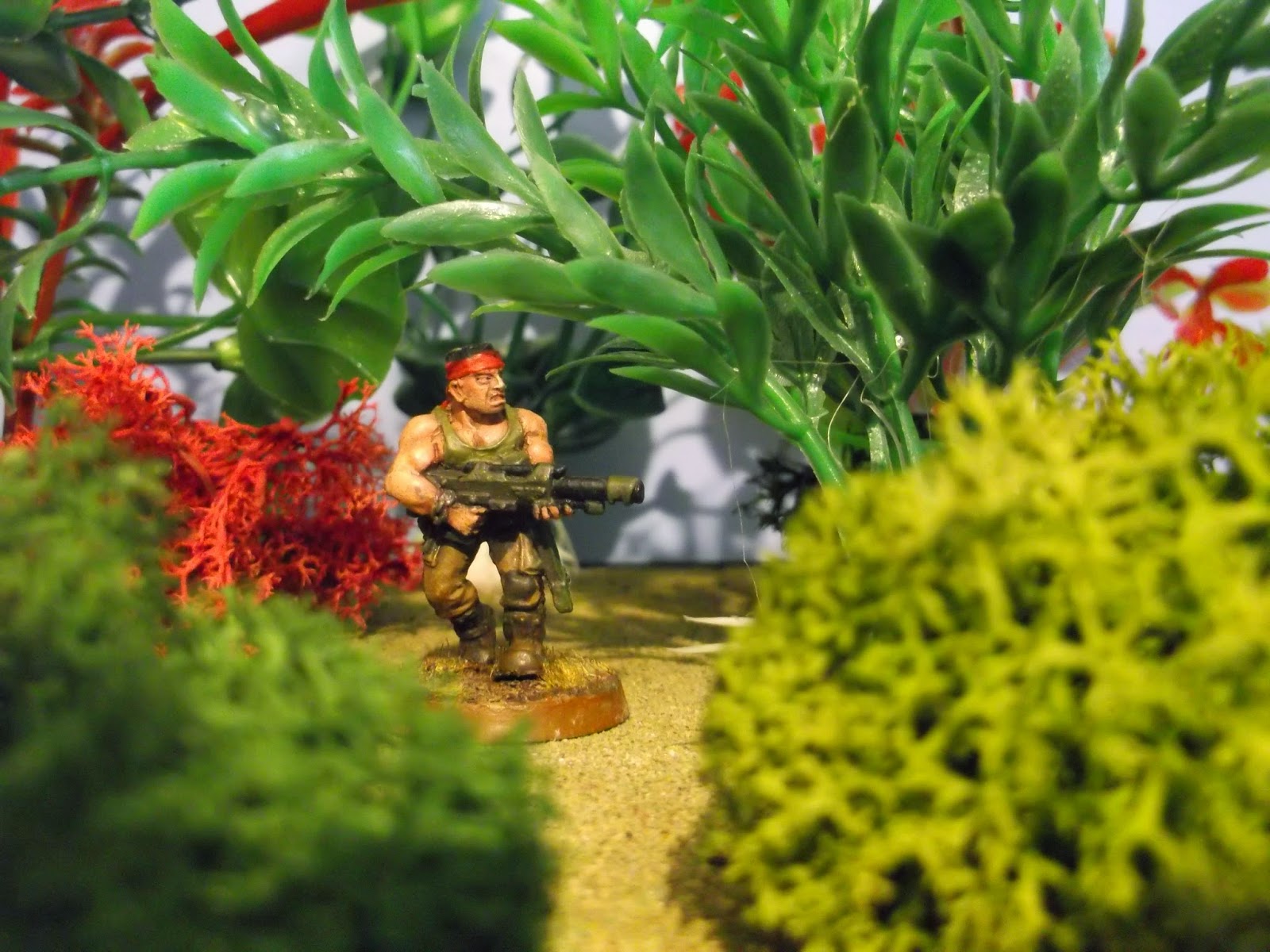 Catachan in the Jungle. Three squads of eight Squat Bikers in need of painting and re-basing. 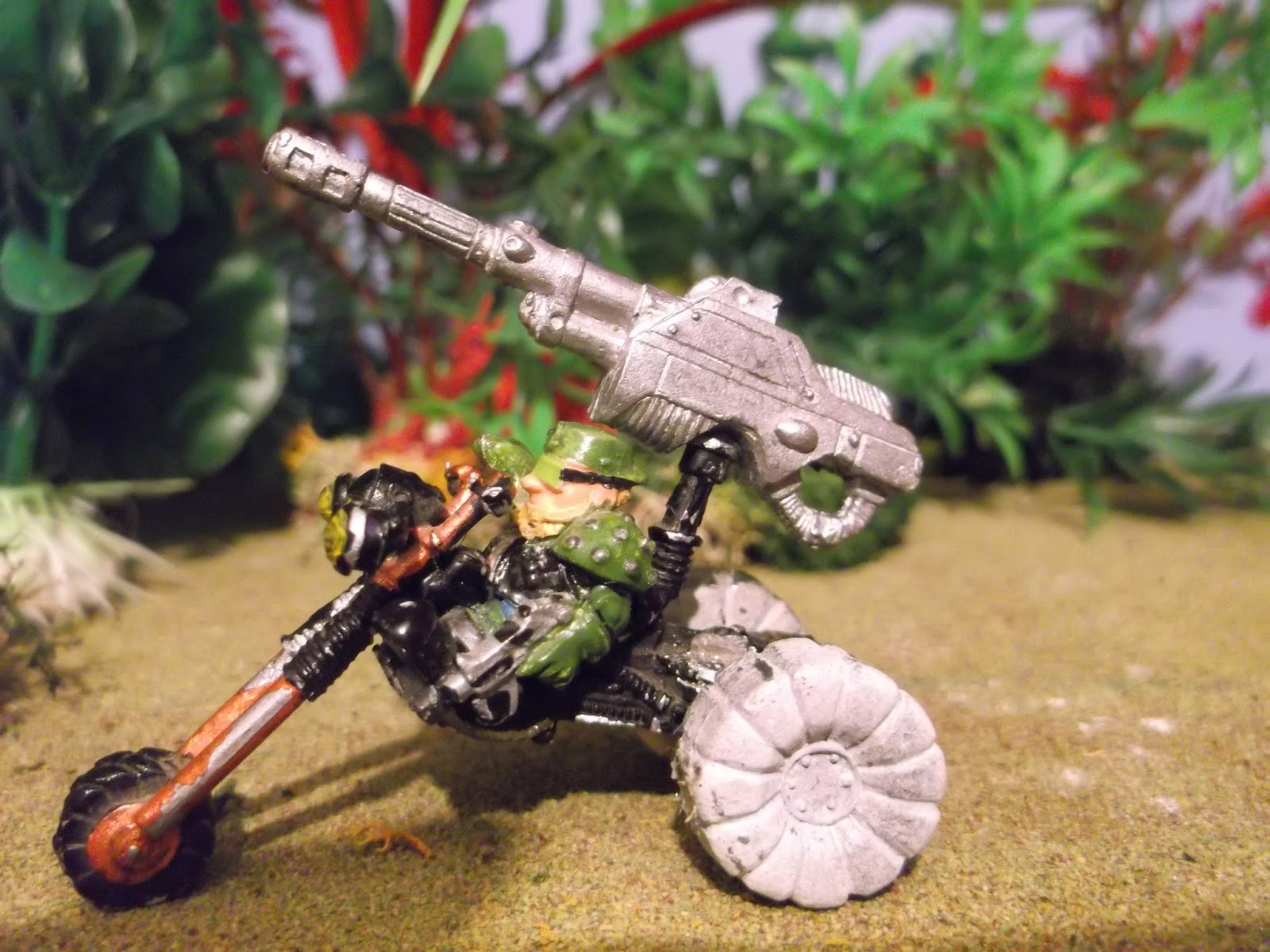 Converted Squat Heavy Weapons Trike.
There are many weapon mount options in the Squat army list, but as the model comes with e Multi Melta most people opt for that. Most of my trikes have Multi Metlas but I decided to choose a D-Cannon for this one, using a spare D-Cannon from the Rogue Trader Eldar set. I intend to add a Missile Launcher from an old model Helicopter to another, and I have already added a Las-Cannon from the Rogue Trader Ork Wartrakk onto a third. 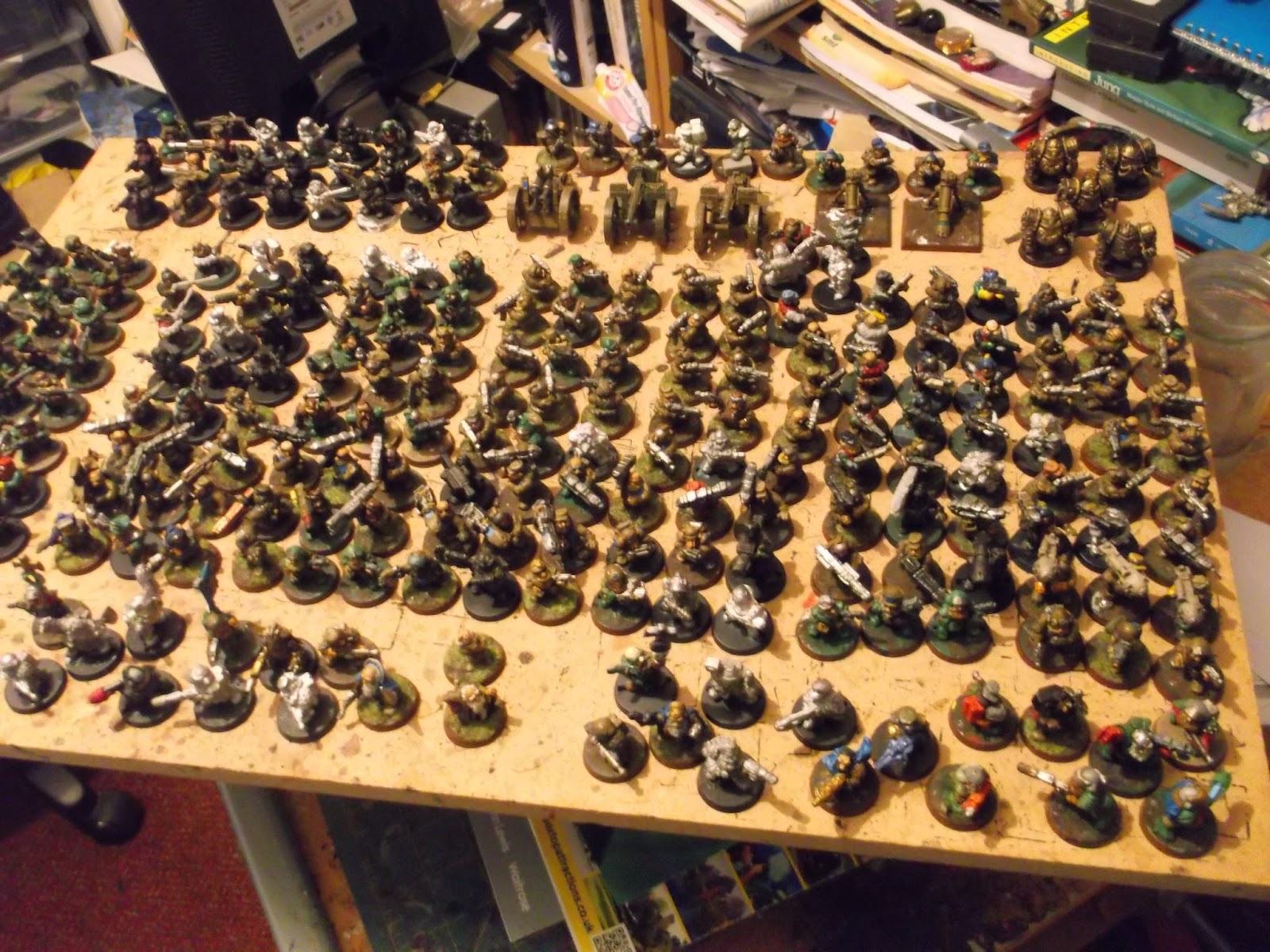 Squats!
The Brighthelmstone Squat League infantry, consisting of eight Brotherhoods of a Warlord, four Hearthguard, three Comabat Squads in each. 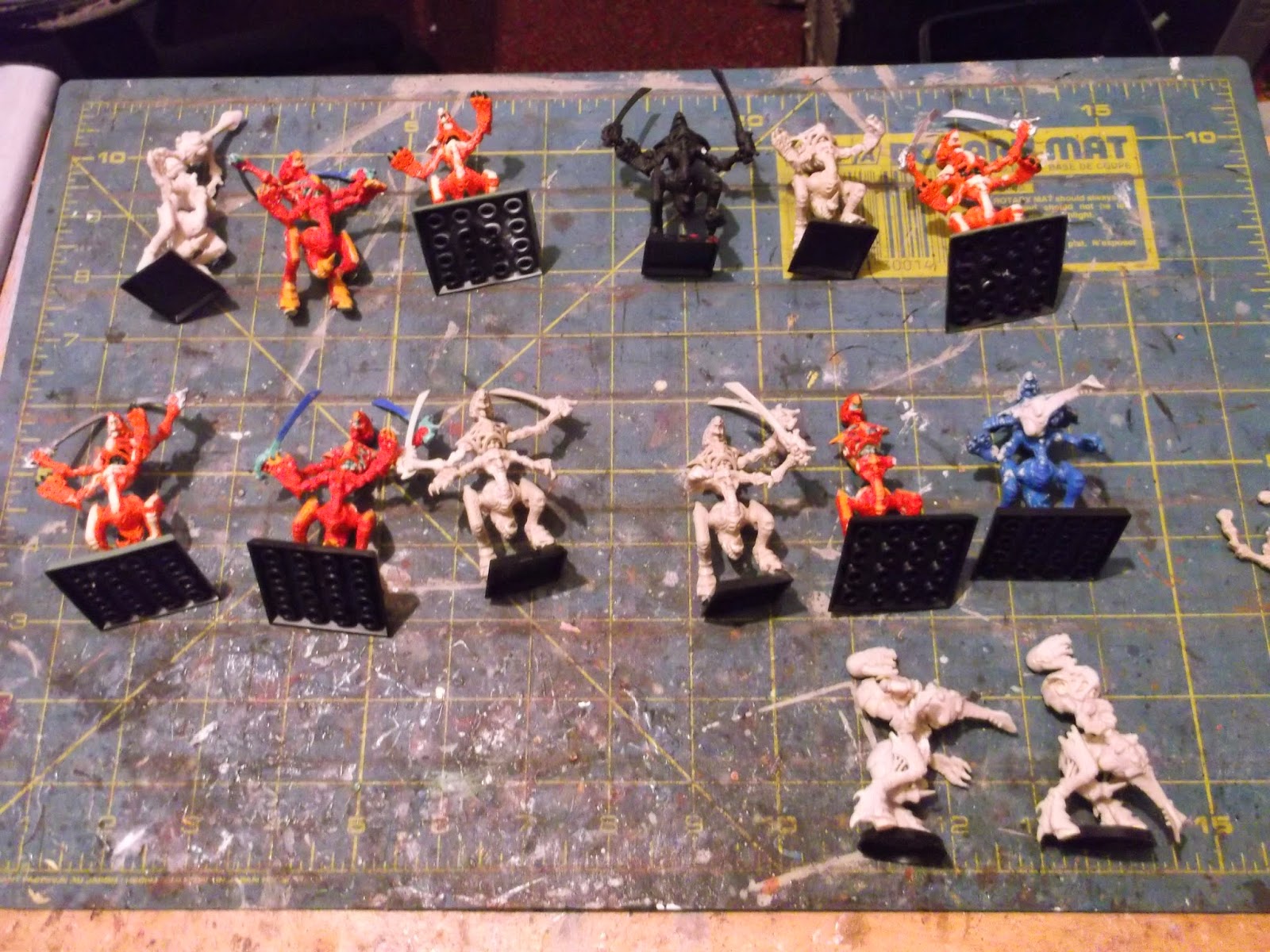 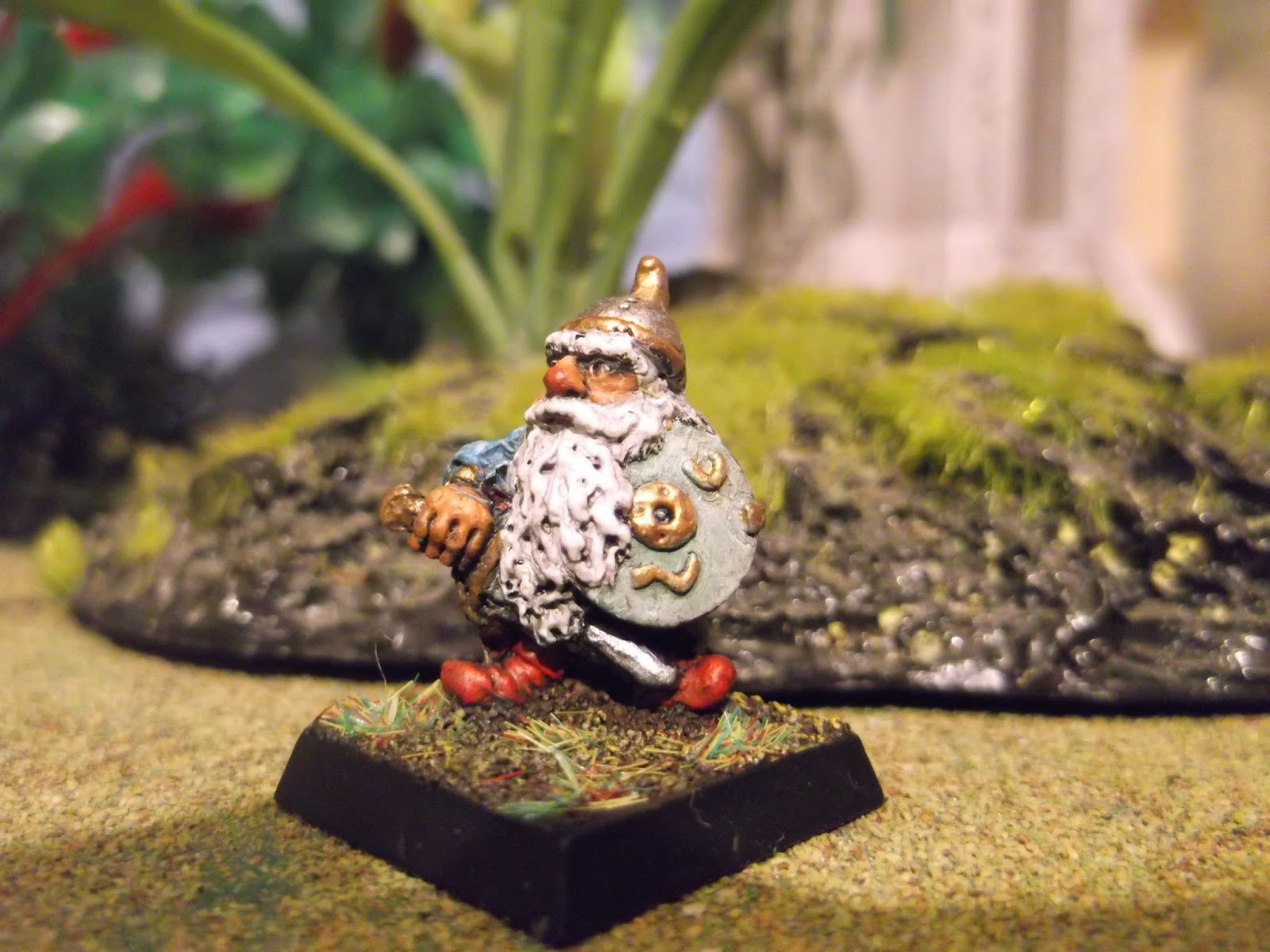 Indomitable Gnome Fighter, from Citadel's BC 1 Adventer Starter Set.
I painted him in about an hour for the 'I've never painted a ....... before -The Fantasy 100 Club, on the 'Oldhammer Forum':
http://forum.oldhammer.org.uk/viewtopic.php?f=29&t=5006
Turns out I had never painted a Gnome before! 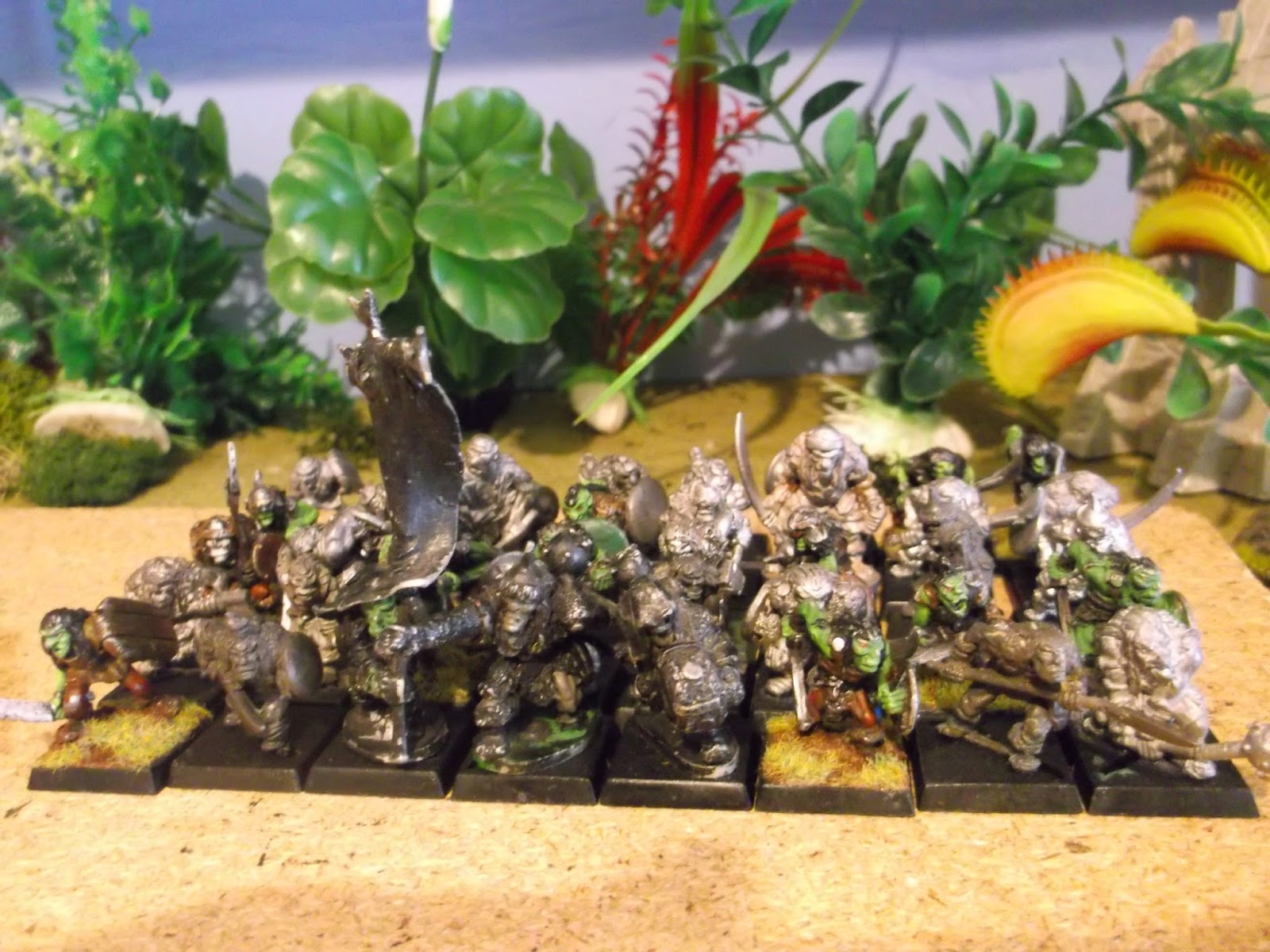 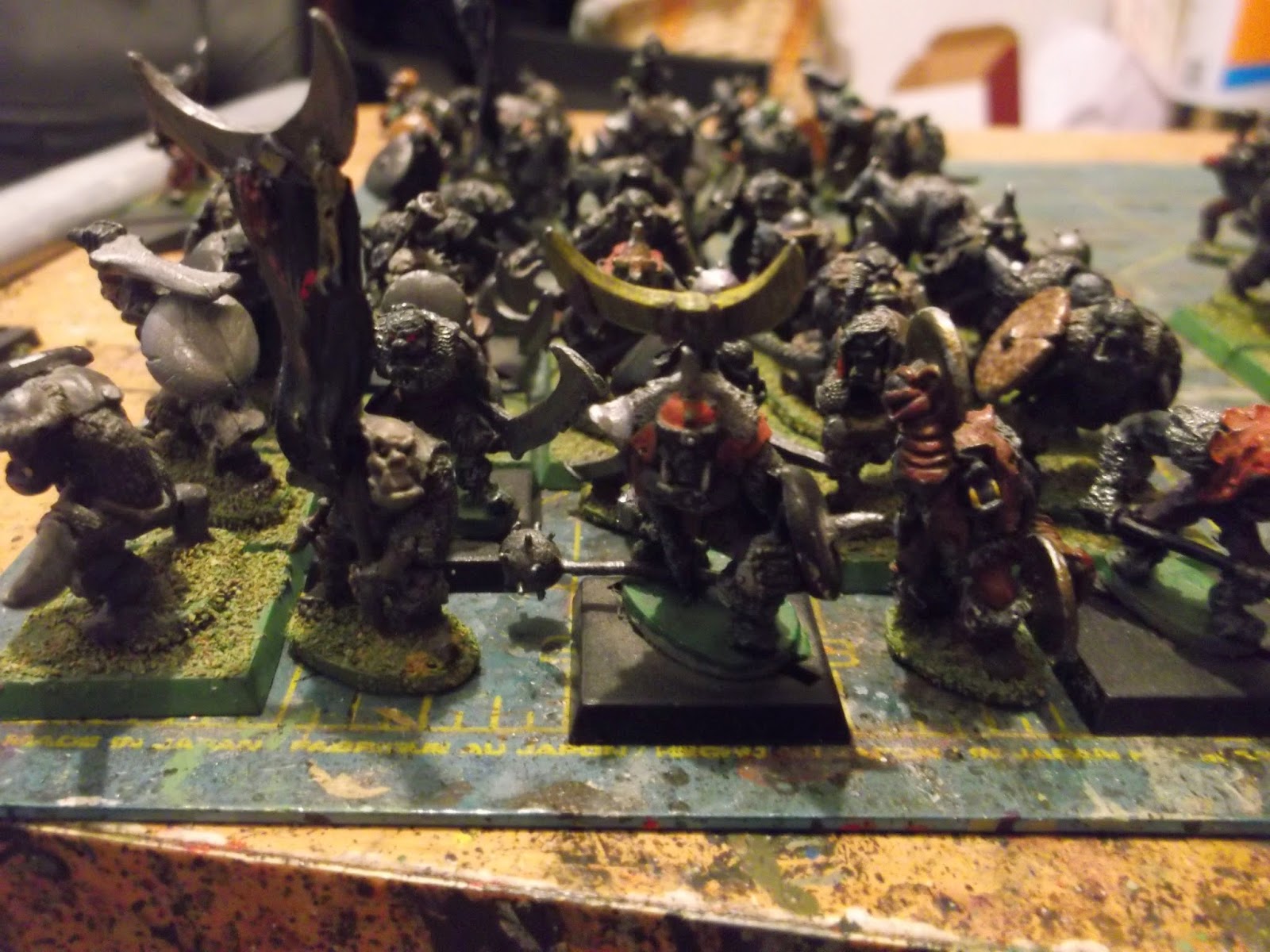 The next update will be on the project which I have decided to start first, and will be a lot sooner than three weeks! :)
Posted by Goblin Lee at 21:02