Before I start on this weeks blog update concerning the Pan Tang, I should mention that I have somehow reached 210,640 views. I am quite amazed by this!

I have been a little lackadaisical of late concerning my blog. I have not always being able to post every week, due to work commiments, and so my blogging, and painting, output has'nt been as much as I would have liked. This has resulted in a bit of a lack of focus on any one project, although I have been doing a fair bit of shopping recently.

I have largely completed my Melenibonean army, requiring only a few infantry here and there. I have made a strong start with the Pan Tang, as we'll see later. I have also been collecting odds and ends which I wanted, and have decided to upgrade a small collection of Chaos miniatures into another fully fledged army, based around the Chaos Snakemen range, but more on that next week.

Anyway, I would like to say thank you to everyone who has visited my blog. :)

The Pan Tang.Following on from my collecting and building my Melenibonean army, I decided, at the same, to build an army of Melenibone's seaborne enemy: the Pan Tang.

I have been lucky in e-bay auctions, as well as very lucky to buy someones Pan Tang Collection from them (the same stroke of luck which helped with the Meleniboneans). Now the Pan Tang army is far from completed, although I probably have enough of the actual Pan Tang Warriors which were produced by Citadel in the 1980's. I plan to use the Warhammer Armies Chaos army list as a basis, with Pan Tang warrior miniatures as Chaos Marauders and Chaos Warriors, with other miniatures in support as Chaos Thugs.

I do have one and a half sets of the Pan Tang Tigers, but will not (unless lucky) be trying to buy anymore of them. This is mainly due to their rarity and high cost. So I am looking around for good substitutes, and want to have a lot of them as they are very iconic of the Pan Tang.

The 1980's Citadel Pan Tang range can be viewed here:

Painting wise I am going to go for a slightly different look to the look Citadel went for. Given their seaborne feel, with sea creatures on their breastplate and helmets, I will go for a mix of aquatic blues and greens. As for the armour, I am sure I recall that the Pan Tang had bronze armour, which might make sense given their seafaring. I might go for a mix of painting armour and bronze/verde gris.

Of course there is an irony to this blog update. I am not planning to paint the Pan Tang for a while. I still have to buy some (well, lots maybe!) Tigers. I also would like to paint the Meleniboneans first. However before them, I have another Chaos army I want to paint first.
...I also want to get a few Goblins painted too!!! 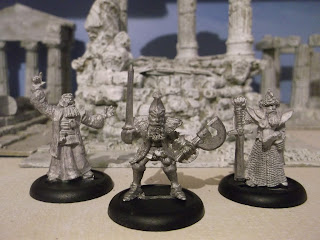 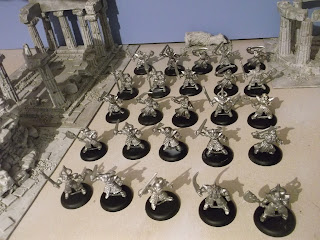 Warriors of Pan Tang.
I have managed to collect twenty five in total, fourteen of the fifteen different ones produced. In additional I have two of the unlisted/Chaos Warrior Pan Tang spearman.
If I can, I'll try to buy the last Pan Tang Warrior I don't have (Nisthta). 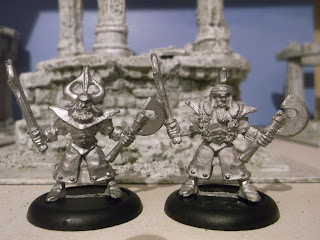 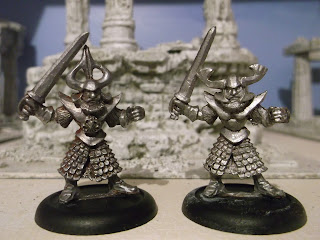 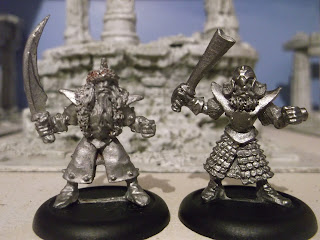 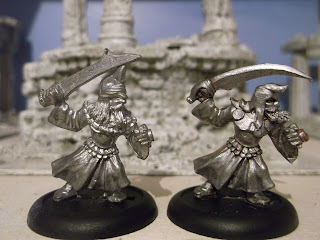 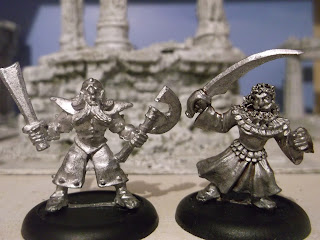 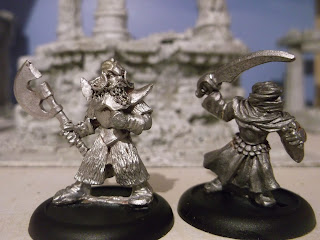 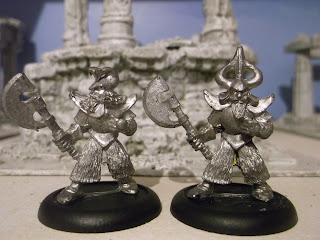 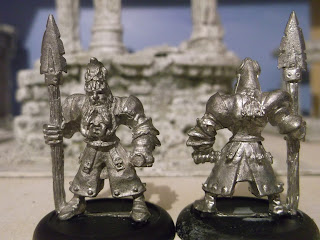 This is the 'Pan Tang' spearman (front and rear), who was not part of the range, but has Pan Tang on the slotta tab. 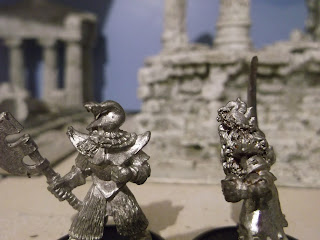 Close up of a couple of the aquatic helms. 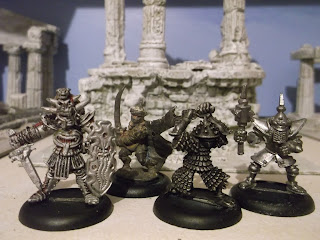 Chaos Warriors.
Axiom, on his blog 'Magpie and Old Lead, had done a small Pan Tang army, and he has included several old 1980's Citadel Chaos Warriors/Thugs in the army. I think that was a great idea, and so plan to add several of the miniatures he used, and in addition others which I think may fit.
Here is a link to Axiom's blog:
http://magpieandoldlead.blogspot.co.uk/2016/01/the-rise-of-pan-tang.html 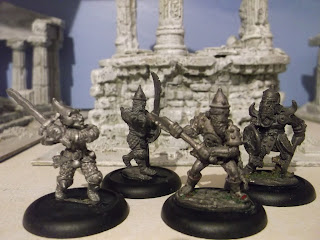 Some C35 Warriors/Champions/Knights of Chaos. 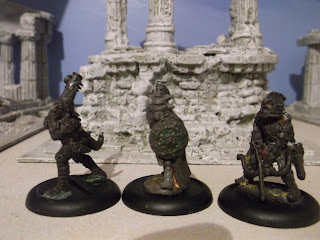 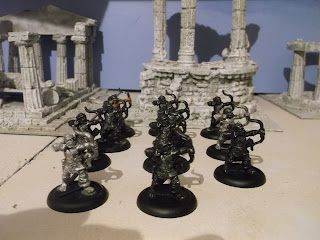 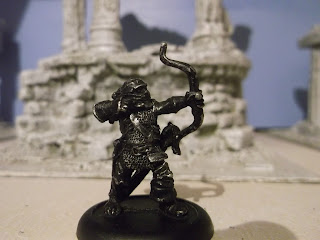 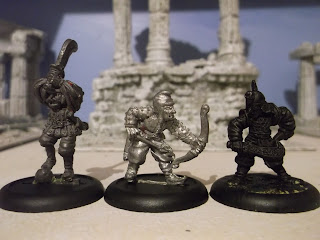 In addition to the C35 Chaos warriors, I plan to add some of the 1980's Citadel Lord of the Rings range Corsairs, as they have that sea raider feel to them. I'll use them as Chaos thugs. 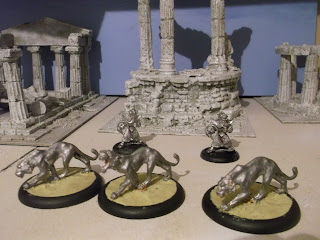 Tigers of Pan Tang.
I only have a set and half, but one each of the Tigers and Handlers. 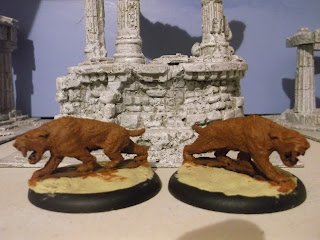 Possible alternative Tigers.
These are Smiladons from Steve Barber models, and are quite large. I might use these, although I have not 100% set on them. The ex-Grenadier Barbarian Tiger riders Tigers are also an option. 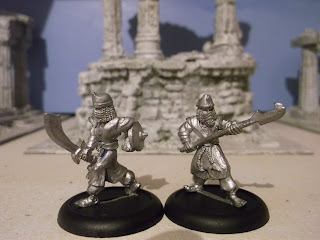 Lesser Pan Tang Warriors.
These are ex-Harlequin Miniatures, now Black Tree Designs, Saracen warriors, and I plan to bulk out the army (and provide food for the sword Stormbringer!) using about thirty of these I have. To me, they look similar to the Pan Tang.
Next week will be a totally different Chaos army. I have been sorting out my Snakemen into an army of their own, and plan to repaint them. This is a project I am really set on, and so over the next couple of weeks I will be focusing on this.
Posted by Goblin Lee at 17:52