I have finally managed to photographed my completed Pan Tang army.

As with my other armies recently, I took the army over to my local gaming shop/club, The Dice Saloon, and hired a table, borrowing some of their scenery.  As per usual, here is the blatant plug for them, so check them out if you are ever in Brighton or Sussex: https://www.dicesaloon.com/

The Pan Tang, if you are not familiar with them, were one of the chief protaganists in Michael Moorcock's Elirc books. They are orginally from another plane of existence, they are followers of Chaos, great sorcerers and demonologists (they live on 'The Isle of Sorcerer's'), a piratical sea power, and general all round bad guys.

They were part of Citadel's Eternal Champion range, produced from 1986 to 1988, being one of the two miniature races produced for the range as a whole, the others being Melniboneans. Unlike some of the Melnibonean range which survived as High Elves until the 1990's, the Pan Tang never outlived the loss of the franchise, and disappeared from production. Personally I think that this a real shame as they were a nice range of miniatures, and like the Lord of the Rings ME44 Uruk-Hai alternative range which suffered a similar fate, they are now quite sought after. Here is a link to the range as a whole: http://www.solegends.com/citec/index.htm 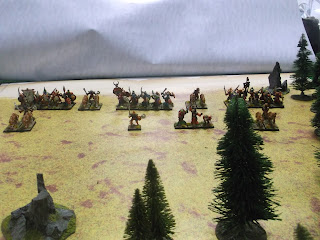 From the sea come the raiders!
Rather fittingly, there was a storm raging and it was very dark when I took the photographs, so they might not be a clear and snazzy as perhaps previous photoshoots. 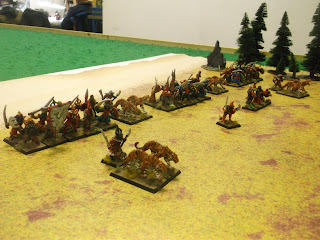 Side view.
I have designed the army so it can be fielded using the Chaos army list in the 3rd Edition Fantasy Battle supplement 'Warhammer Armies' book. The Pan Tang infantry can be used as Chaos Marauders, the tiger teams can be Chaos hounds, and the personalites can be catered for via the character model allowances. 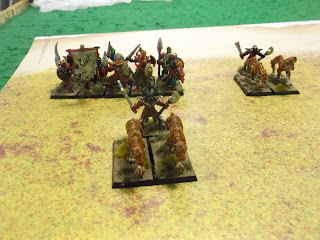 Right wing of the army. 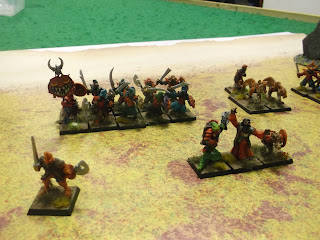 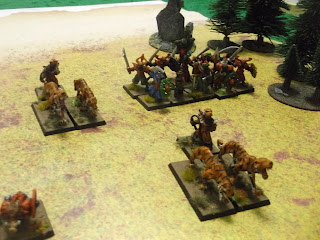 Left wing of the army. 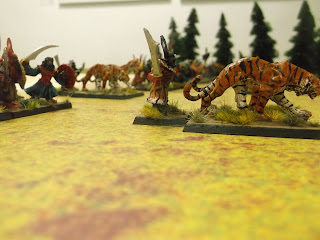 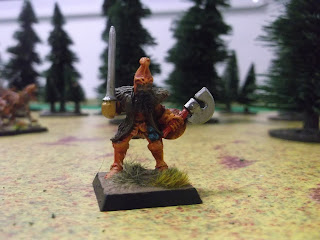 Jagreen Lern, General of the army, and Ruler of Pan Tang. 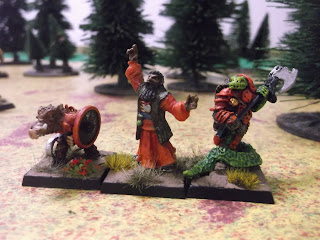 The sorcerer Theleb Kaarna and his two bodyguards.
Theleb Kaarna had two bodyguards, one obese and pig faced, and the other with a snakelike head. I chose two non Eternal Champion range minatures from the 1980's, a C27 Beastman 'Guzgog', and a C27 Snakeman S'Sirron Fangthrane'. 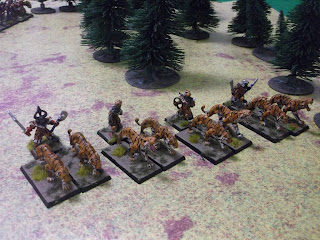 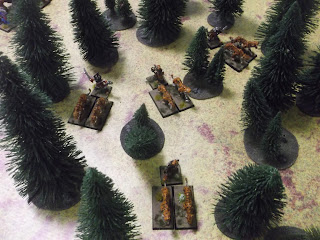 Moving inland, stalking through the forest... 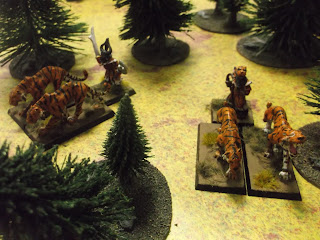 ...picking up the scent of enemies, and closing in for the kill. 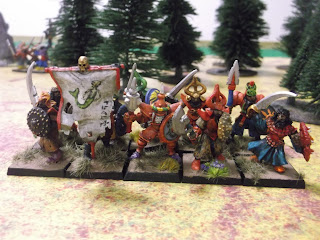 Pang Tang Infantry.
Amongst the three units of Pan Tang infantry I have used a few non Eternal Champion range miniautres from Citadel, from the 1980's. I have used them mainly as standard bearers to save chopping up the Pan Tang range miniatures, and to add a few interesting variations.
I painted them with red armour, as per a description in one of the books, and added a few aquatic colours to give that seaborne feel. 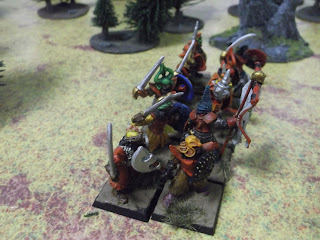 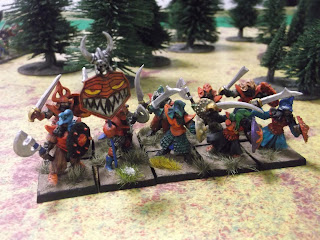 The second unit of Marauders. 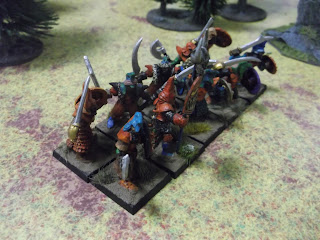 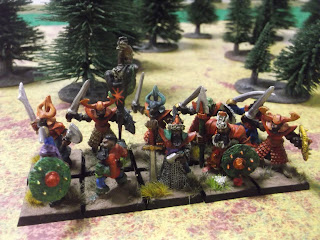 The third unit of Marauders, lead by the Pan Tang Officer Miniature from the EC05 Personalites range. 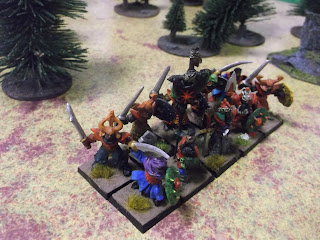 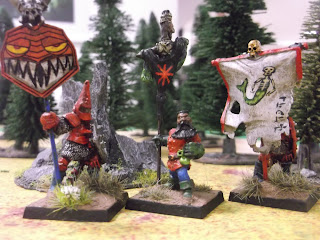 Standard bearers.
I used a few broken Chaos Warrior and Thug miniatures, and converted up the standards from odds and ends in my bits box. 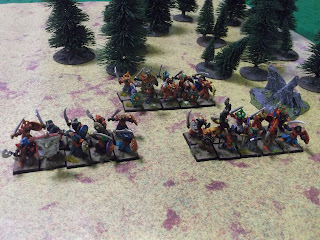 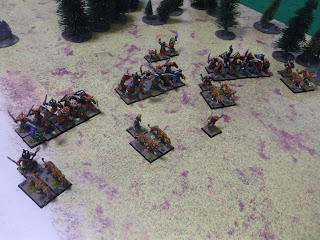 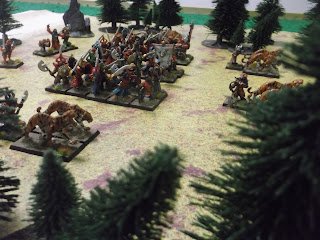 As spied through the forest. 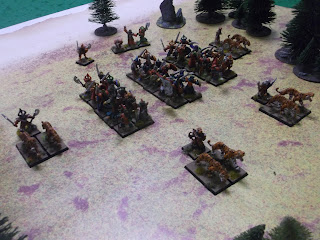 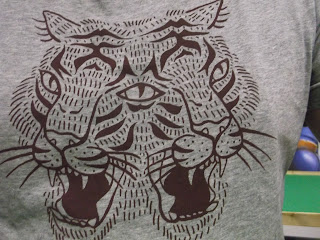 My 'Pan Tang' t-shirt.
I bought this in H&M a year or so ago, and the tiger head remind me of a sorcerous Tiger from Pan Tang.


Not quite sure what my next blog update will be on. I am hoping to paint a few test models for armies, and for fun. I am currently sorting out all of my 'Oldhammer era fantasy armies, so more on that soon.
Posted by Goblin Lee at 11:11