I have been collecting and sorting out my 3rd Edition Warhammer Fantasy armies for a little while now, and fancied a little bit of a change. Now one of my great loves is what I consider very early era of Rogue Trader, 1987 to 1988, and one of the key elements to that era were the early release of Squats (Space Dwarfs), before the Iron claw Range, and before the plastic range.

Before the 1989 Squat army list, which many consider the epitome of Rogue Trader Squats, they were more akin to an adjunct to the Imperial Army, so much so that they were an integral part of the Imperial Army list in the 1988 Book of the Astronomican. That is my approach to these. They comprise only miniatures released from the initial releases of Rogue Trader, and I will be basing them on the Hyglar's Hell-Raisers from the 1998 Book of the Astronomican, taking their paint schemes  from that era.

Why? Because I love the look of the early Squats and their green/brown/khaki colours. Also, in the Hyglar list many of the Squats are issued with mesh and flak armour, which I feel befits the miniatures more than just the flak of the later list. Anyway, I have another plastic and metal Squat army to use for the later list.

There is a cavet to all this. I am painting these for fun. I might complete this army or move on. I have a contemporary Astra Militarium army which I am looking to paint, and so many other things to do, but for now, I'm enjoying painting these.

Oh, and I'm painting some Rogue Trader Tyranids as well. 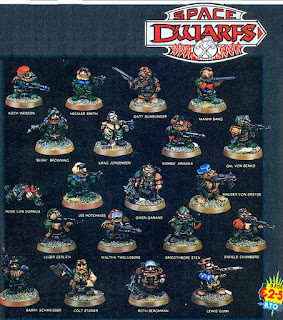 White Dwarf 94 release of Squats (Space Dwarfs).
Many of these are in the Rogue Trader rulebook. 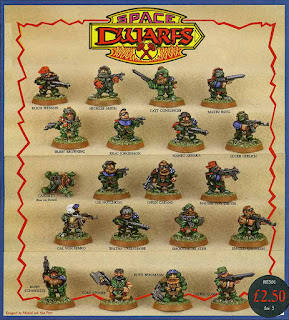 Book of the Astronomican Space Dwarfs. 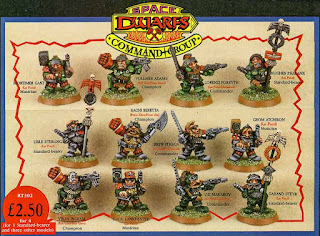 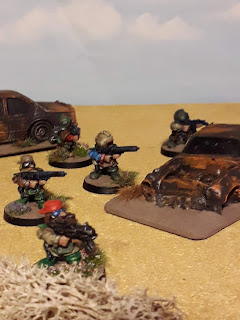 Squats!
My camera has broken, so these are taken with my phone! 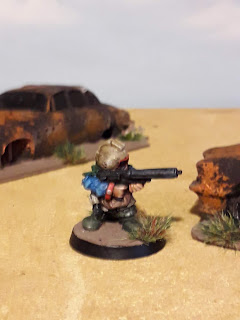 'Maxim Bang'.
The early Squats/Space Dwarfs were all named, and named after firearms.
He is armed with a las-gun, the same one used by the Space Slann, and many human adventurers, and Judge Dredd miniatures.
By the way, they is a lot of smoking going on amongst the Squats. 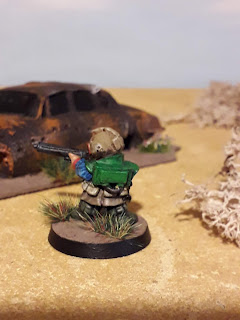 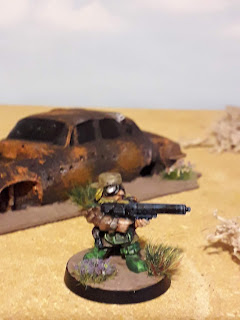 'Lewis Gunn' (told you, named after guns!).
His body is the same base torso as 'Maxim Bang's'. 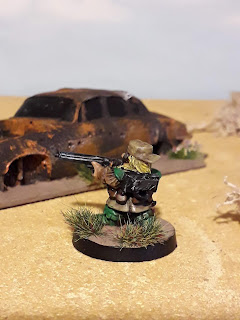 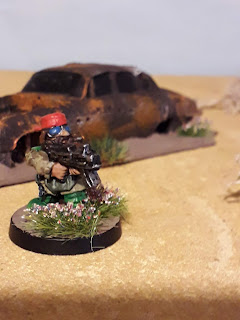 'Mauser von Dreyse'
Again, based on the basic 'Maxim Bang torso. He is armed with a bolter. 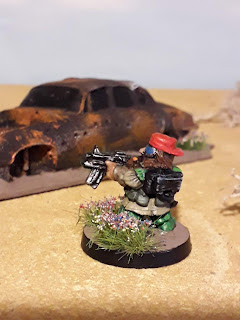 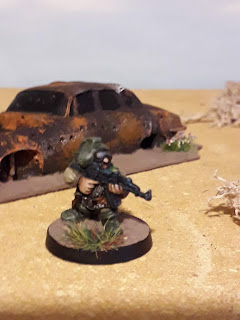 'Luger Gerlich'.
He is armed with looks like an Ak-47, but can be used as an Auto-gun. It is later listed (and I am using it here as) a Las-Gun. 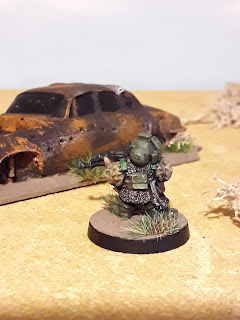 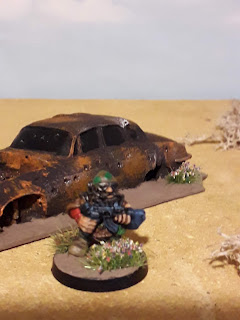 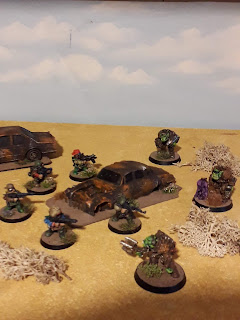 Squats bothering the Orks of the Charadon Empire somewhere in Kolarne system. 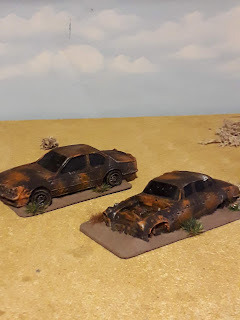 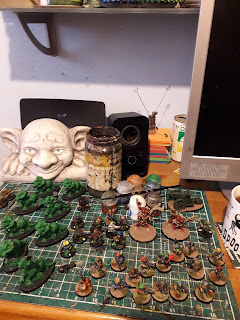 
What's next? Probably more Squats, I'm having fun painting them. :)
Posted by Goblin Lee at 21:09