More Squats, this time a brief update on some Assault Troopers.

The Squat Assault squads in Hylgar's Hell-Raisers are largely armed with Las-Pistols. The early range of Squats didn't have any Squats armed with Las-Pistols, but they did have several armed with what looked like the early Bolt -Pistol. So I have just painted up that pistol in the same grey as I have with the Las-Guns. The army list is flexable, so items can be swapped out, so it wouldn't be too much to have them as bolt pistols.

The pistol armed troopers are based on three sculpts, which themselves are all releated to each other via a basic sculpt. The only difference are the heads are swapped with other heads from Squats in the same range. 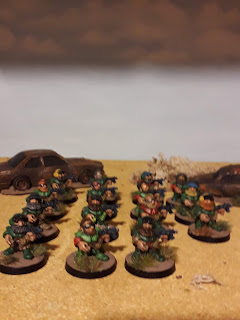 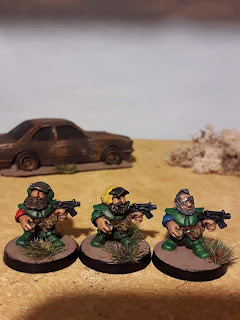 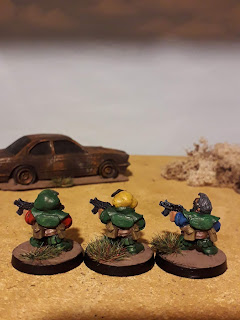 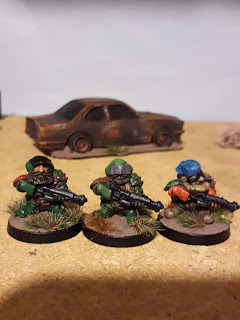 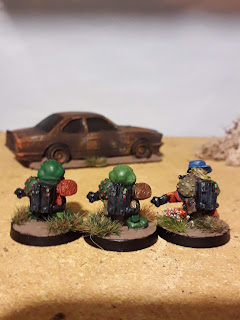 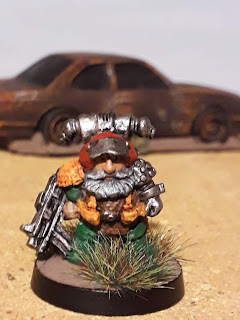 'Roth Bergman'.
The Squat Guard Squad also required a unit leader, but one armed with a Power fist. I did'nt have any other Squats armed with one, so I painted his left arm and shoulder pad in a chrome metal to suggest either a Power Fist or Bionic army counting as one. 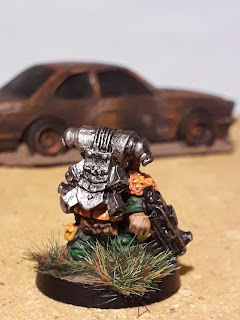 He didn't have his original backpack to I added an old metal Space Marine one, partly to suggest a power pack for his Power Fist.

I have nearly finished all the Squats, but I have also have a couple of other things I want to update on, so might break the Squat updating for an update or two whilst I finish them off.  :)
Posted by Goblin Lee at 18:11