Last of the Turnip28 : The General, and the Elite Regiment (Undead Napoleonic British).

This is the last update on my Turnip28 project which I have been focused on recently. It's a project I hope to return to, but for the moment the first phase of converting and painting is finished. And great fun it has been too. :)

The last phase for my Turnip28 army has been the converting and painting of an elite regiment, and the  General to lead the army.

For the General I converted a Victrix Officers body, an old metal gas mask head, and a Citadel Skeleton arm and shield. I wanted give him a much more commanding and more earthy look than the rest of the army, suggesting a deeper connection with whatever magic are animating them. To this end I added more tufts, a big rusty looking sword, and head which I hadn't used for any other miniature in the army, and a left arm which reaches out, almost suggesting he's using magic or enchantments of some kind. In addition to this, I placed him on a 32mm base to give him more of a visual impact, and decorated the base with tufts and skulls to suggest that extra magical link, like he has crawled out from beneath the mud.

For the elite regiment I wanted to achieve a similar thing. So I used a different mix of the animal skulls from the Citadel skull box set to give a more Fey, feral, animalistic, and creepy dead animal look. For most of them I didn't add backpacks, but green-stuffed parts onto the back and body, so that when I added the tufts, they looked a little misshapen. Added to that, they also all carry melee weapons and a few also shields, in addition to the muskets, to suggest a more brutal approach to fighting. I have tried to give them all more individualistic looking poses to suggest a little more autonomy in the magic which animates them (similar to the Grave Guard in Undead armies). A couple of extra little painting touches, such as grey trousers and blue water canteens also suggest they are of a different regiment than the rest of the army.

Overall I am happy with how they, and the proceeding Turnip28 miniatures have turned out. They have been a great deal of fun to convert, and great fun to paint. I love the Turnip28 idea, and like the Undead take I have undertaken with them . In the future I will wanted to convert some cavalry and maybe a cannon battery. One of the most interesting things is that it has provided an interesting break from the Oldhammer miniatures, and I am now currently sorting out some Oldhammer miniature with a newer and fresh approach. 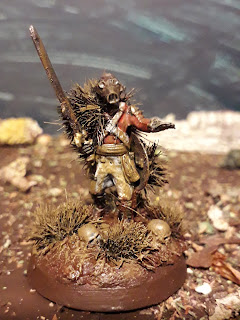 The General.
Who knows what magic animates him, or what his aims are? 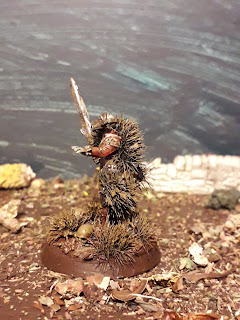 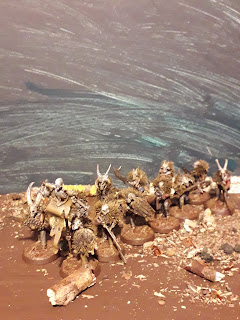 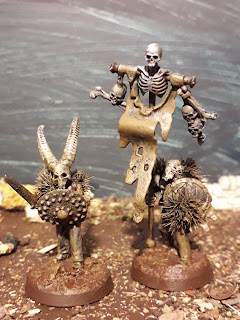 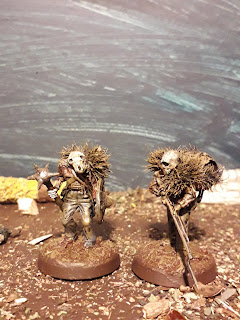 Sergeant and Gin-Trooper (he has a barrel on his back). 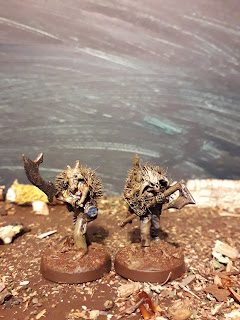 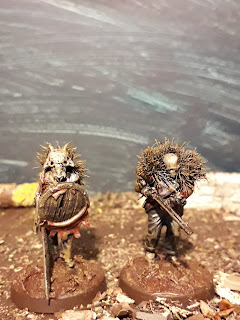 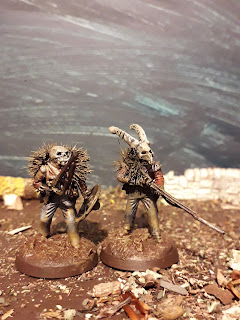 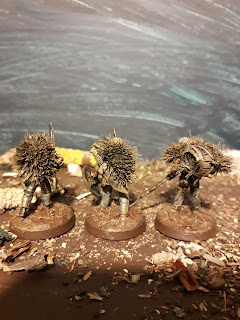 Rear views, with the Gin-Trooper on the farthest right. 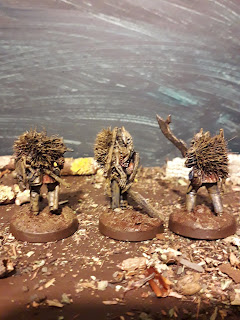 New update will be on the 4th Edition Chaos Dwarfs I have also been painting.
Posted by Goblin Lee at 18:38