As I have been finally painting again, I have decided that it would be a nice idea to have a better background for photography than the Slaves to Darkness book. A quick skip dive (I did ask permission from the builders!) yielded a couple smaller than hoped for  pieces of wood, but which will suffice for the time being until I can make a proper and larger photography box.

Not much to this really. Two pieces of wood nailed together at a right angle. The ground part painted with Citadel's Agrellan Earth, in line with the bases for the Traitor Legions. The sky was based loosely on the Galaxy decoration on shoes and bags, and was only really a few colours. There are tutorials online on how to do it, mainly aimed at painting Converse shoes. 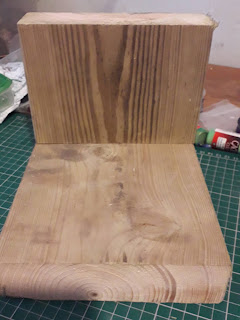 The two pieces nailed together. 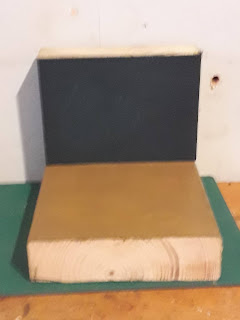 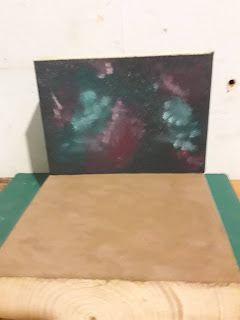 Painted! It took my about half an hour to paint after the base coats had dried. 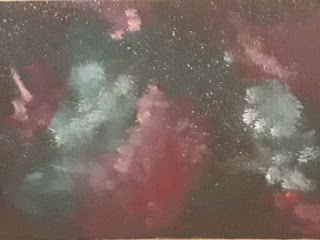 Close up details of the galaxy sky. 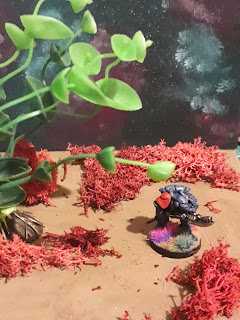 A C100 Space Marine moves across an alien landscape. The Marine is a WIP, and has been painted up as a Rogue Trader era Horus Heresy Night Lord Marine. I just need to paint the shoulder pad symbols and double check the rest of it. More on these later...

Next update will be the Rogue Trader era  Alpha Legion Marines which I have already painted.
Posted by Goblin Lee at 17:46