I have been carrying on with my Tomb Kings painting, and have been painting at quite a rate, even despite working, etc. In addition to what I have painted here, I have also painted 60 Tomb Guard, a Necrosphinx, two WarSphinxes, and I  have nearly finished 20 more Archers! I want to update on those in more detail and shall do so in a later blog post.

For now, here are the random odds and ends, and 40 archers. I have really been enjoying painting these, and they do look effective. I have been slightly distracted by another couple of side projects, but will be focusing on completing the Tomb Kings. Even at this rate I doubt if I will be finished before Christmas as it is a large army, and a lot of the Skeleton infantry require gluing. 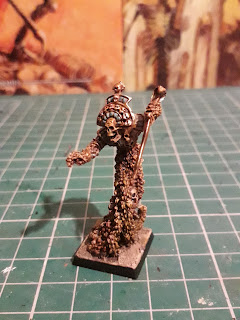 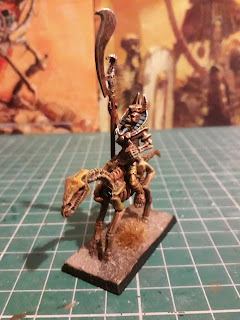 Converted Liche Priest.
I swapped his left arm for the a metal Tomb Kings one, and the right arm for a plastic skeleton one. 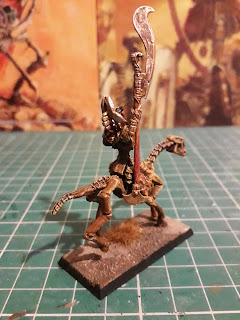 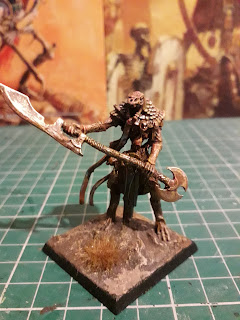 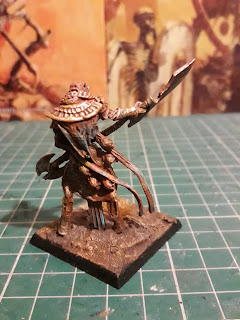 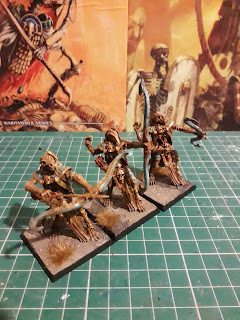 Ushabti with Great Bows.
I really like these miniatures, and it was sad that they were only available in Fine Cast, of which I am not a fan. 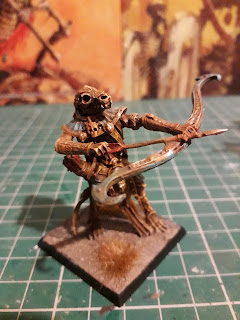 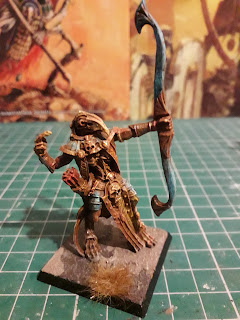 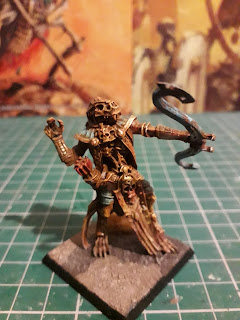 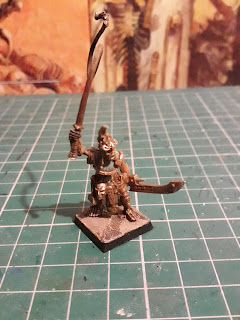 Necrotect.
This particular model, again a Fine Cast. He was, quite unsurprisingly, broken when I bought him from e-Bay second hand, missing his sword blade. I have replaced it with a Tomb Guard blade, which I think looks a lot better. 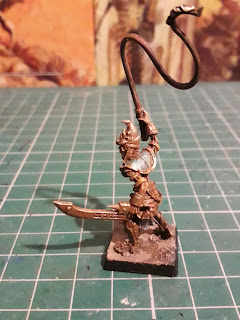 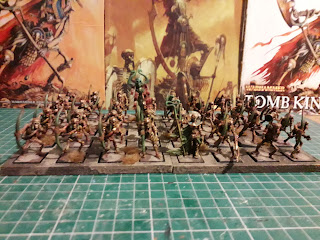 Queen Khalida's archer regiment.
I have painted this regiment with green bows, quivers, and headdresses, to match the green details of Khalida, and to give them a slightly separate identity from the rest of the army. 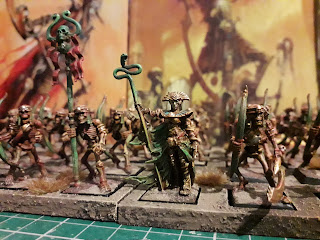 Queen Khalida herself.
It was only after paint stripping her and repainting her that I realised how much of a lovely miniature she is.

Next update will be more Tomb Kings!
Posted by Goblin Lee at 17:20