Tomb Guard, Bone Giants, Archers, and an overview so far...

I have been busy painting more Tomb Kings, and I am thoroughly enjoying painting them. I am finding them quite straight forward to paint and am getting a lot of them done.

The first photograph below is from my progress from earlier in the month, and so there are more completed than shown. For some reason I thought I had already posted a blog update this month, and was ready to post a second with the latest painted miniatures, but it turns out I hadn't!

In addition I have been assembling the last of the kits and re/assembling various Skeleton Warrior kits for the large number of  foot soldiers. Finally, I have painted moody looking desert and desert sky background boards for photography so I can have the miniatures in more of a context. The dead are on their relentless march forward... 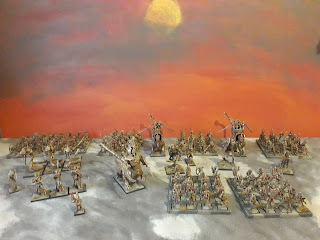 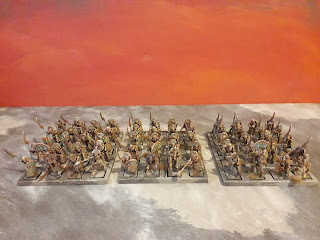 60 Plastic Tomb Guard.
I really loved this kit when it was realised, and bought several, and I have added odds and ends over the years. They appear to be quite sought after now, and rightly so as they are a lovely kit. There are four spare War Sphinx Tomb Guard mixed in, and about four converted armoured Skeleton Warriors to make up the numbers. I have also added a few swords to the mix of Halberds, and a few bare heads, just to give a little more individuality. 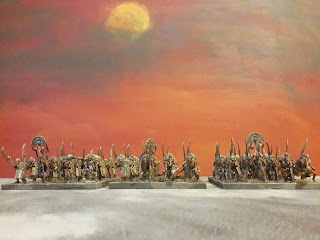 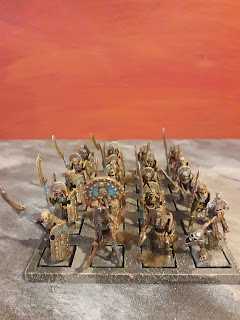 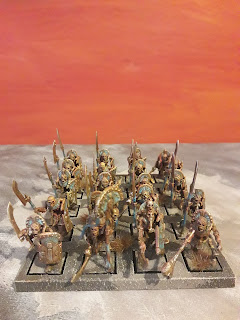 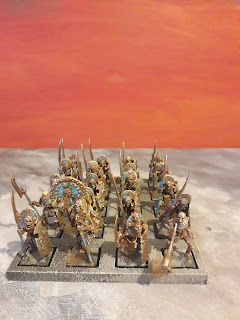 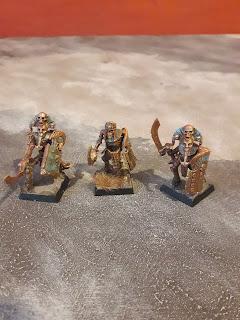 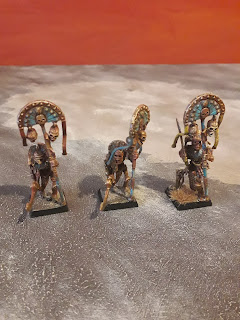 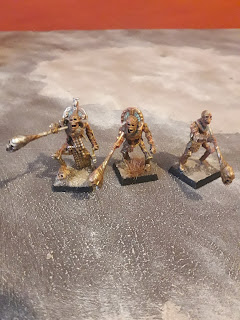 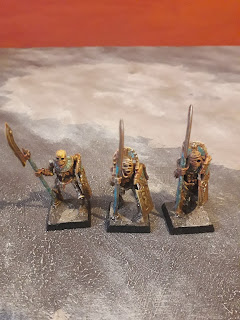 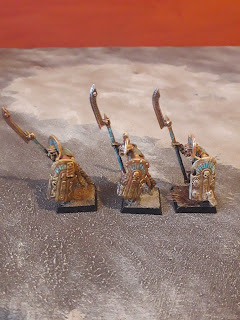 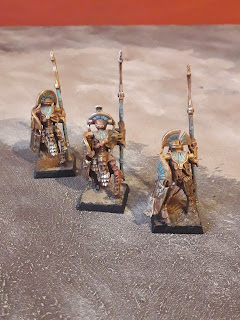 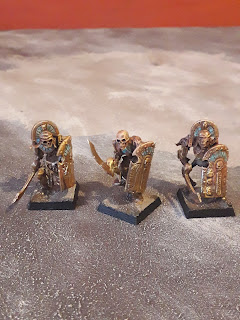 Swordsmen.
I love the look of the Tomb Blades, and I was a little short of Halberds as some of the Tomb Guard were e-Bay purchases, and so I thought it would be fine and look ok to mix a few in. 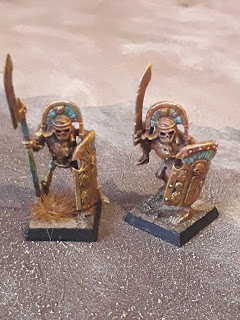 A couple of the recently promoted Skeleton Warriors. Tucked in the regiments, and with Tomb Guard bits they don't really look out of place. 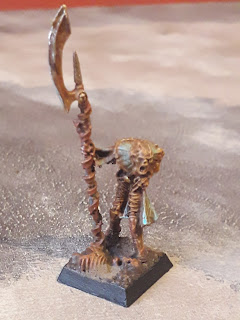 Finecast Liche.
I like the miniature, but it's a shame it is Finecast. 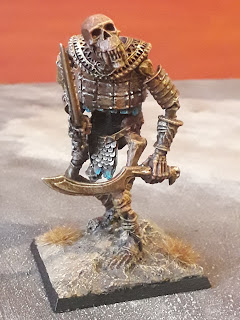 Bone Giant.
I really liked the Bone Giants when they were first released I loved their style and sculpting, and they were a scary opponent for enemies in the first incarnation of the Tomb Kings Army book. I used to field two when I could, causing mayhem. Later I think they were a little overshadowed by the Necrosphinx. Still, I enjoyed painting them and love the miniatures, and I am happy with how they both turned out. 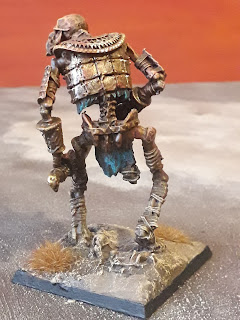 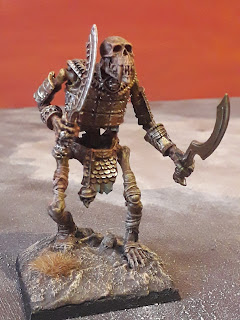 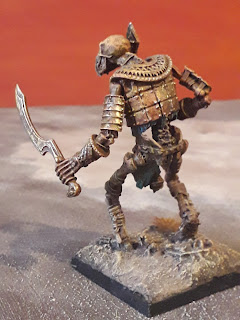 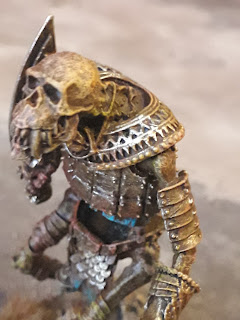 Close up of the detailing of the Bone Giant.
One of the things I am  slightly pleasantly surprised about with the painting technique I am using for the army is how well the muted dry brushing is bringing out the superb detailing of some of the Tomb Kings miniatures. I am a fan of the 'less is more' painting approach and it is quite rewarding to see how playing with basic highlighting is transpiring. 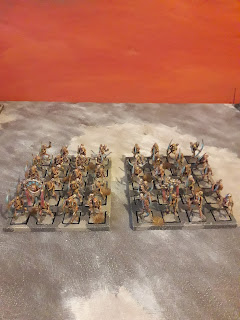 Two Regiments of Skeleton Archers.
These form a sizable portion of the foot soldiers I have another regiment of 20 to paint, and also have Khalida's regiment of 40 archers already painted, giving me a 100 Archers (well 99 really plus Khalida). 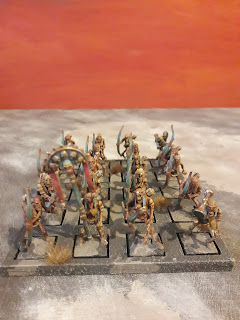 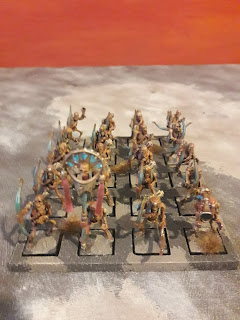 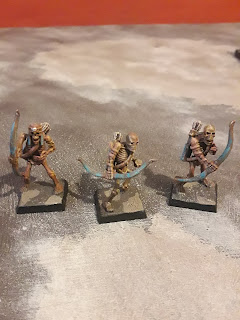 A few of the archers. 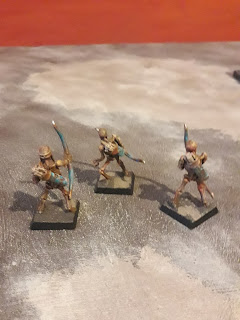 Next month with be more Tomb Kings. I am determined to keep going and finish this project. There are a lot of them, with 200 Skeleton Warriors, 21 Chariots, another Necrosphinx, another Warsphinx, Necropolis Knights, Tomb Scorpions, Catapults, and of course Sterra himself (to name just a few things!)