I have'nt had time to photograph the full Pan Tang army yet. I want to photograph them on a large gaming table, as I have done with the Snakemen and Dark Elves. In the meantime I have re-painted an old Giant miniature.

I saw a photograph online where someone had painted a Giant model as Treeman, which I thought was a good idea. So I thought I would give it a try by re-painting an my old Ral Partha RP01-109 Cloud Giant. It's painting was very simple. I painted the body a dark brown base with lighter browns to represent the woody trunk of his body. The hair and beard I painted greens, to suggest the foilage. To constrast with the browns and greens I painted the fur greys, similar to wolf fur.

I am very happy with how he turned out. People may wonder why a Treeman would require a stone axe and fur clothing, but I just consider him to be more of a tree-ish spirit, working with trees, rather than a tree that has come to life. Also, as I am slowly assembling miniatures for the McDeath Scenario, I thought that this Treeman would work nicely as one of Klinty's Treemen.

Apart from the Treeman, I have been very, very busy sorting out all of my Oldhammer era Fantasy Battle miniatures. The idea is to have a change in approach to my collection and collecting. Before, I just wanted to have a few armies, and cram as many of the relevant miniatures into it as I could. With that end, I spent ages trying to compose armies lists of perfection.

The result was not always the best gaming armies, nor were they I felt really capturing the 'feel' of the armies (with the possible exception of the Skaven). In addition, I rarely made use of allies or hosts, and never used Mercenaries, leaving large sections of my collections in boxes with no future other than to be possiblty painted at some time as a whim or curiosity. So I am expanding the numbers of armies, and the range of the the miniature types, and working to the idea of compiling 3,000 point armies. This project of sorting out things will take the next few weeks, and so I will be doing a series of updates on the results in the new year.

In addition, I am 'Oldhammering' the armies, that is making sure I only use miniatures that would have been avalible at the time (from the late 1970's to 1992). Models wise, I am largely using Citadel miniatures, Marauder, Chronicle, Iorn Claw, with the occasional Grenadier, ral Partha, or Asgard, all form the time of course. Although I like the combination of newer elements to old armies, I wanted to take the 'purest' approach. My only concession to this is that using the ex-Citadel mintures that are now being produced by Foundry Miniatures.

The Snakeman and Pan Tang armies are not included in this approach, as they are projects of their own. The Slann army/ies have some modern elements, but I regard my Slann as a collection all of it's own, and anyway, I can easily field 3,000 points of Oldhammer Slann without any problem.

Finally, it's the 'Oldhammer' Deadcember. So I have dug out (so to speak!) my old RRD2 Nightmare Legion to re-paint. These were my first box set I ever bought (I received them for my 13th birthday), and so I have a soft soft for them. I painted them, not greatly, at the time (on the day to be precise!), and then attempted a tyding excercise about 20 years ago, but they deserve better. I am also going to paint a pre-slotta C21 Skeletal Fanatic up as a Spectre as well. 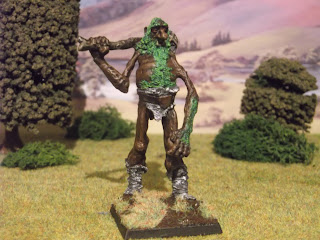 The Giant/Treeman bestrides the hill country. 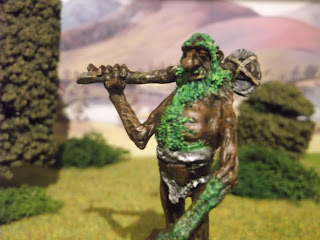 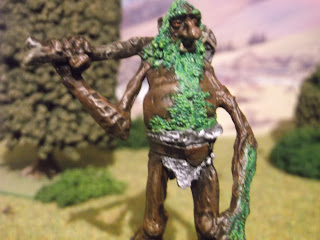 Close up.
I painted the eyes brown, with black pupils, to give that extra tree-ish look. 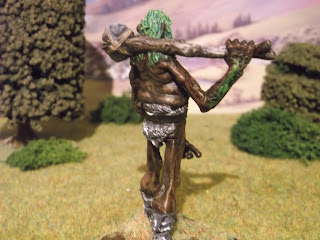 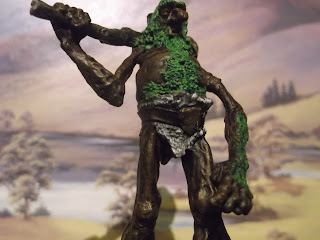 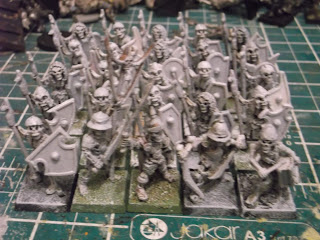 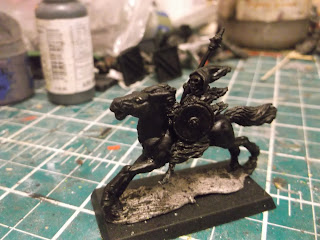 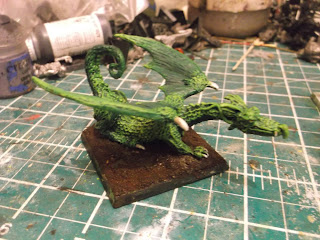 I am also painting the DRAG3 Green Dragon. It'll end up in a as a bound Dragon in one of the armies, maybe Bretonnians.


Next update will be the army photoshoot of the Pan tang army.
Posted by Goblin Lee at 21:43