The Tigers of Pan Tang.

After much foot dragging I have finally finished my Pan Tang Army. I have enjoyed painting them, and will conduct a full army photoshoot for next weeks blog update. In the meantime I am posting photographs of the last element to the Pan Tang army to be completed; the Tigers of Pan Tang. I was going to add some Chaos Thug archers to the army too, but I did'nt think that really worked with the feel of the collection.

As I have mentioned before, The Tigers are an iconic component in a Pan Tang army, and no Pan Tang force would be really 'Pan Tang' without them (well maybe less so when fighting ship-to-ship!). I was very reluctant to paint them as I was'nt sure how to tackle painting Tiger stripes. I recall a White Dwarf article from the 1980's about painting Tiger stripes, and it kind of put me off. However, in the end I just went for it, and used Google photographs of actual Tigers for reference. I don't think that they turned out too badly.

Gaming wise, as the Pan Tang army itself is compiled used the 3rd Edition Warhammer Fantasy Battle Army Chaos Army list, the Tigers will be used as 'Proxy' Chaos Hounds. Given the smaller size of the army, four Tiger teams seems a good number. They are somewhat ticky to source now, so four also seemed a good point from which to stop. 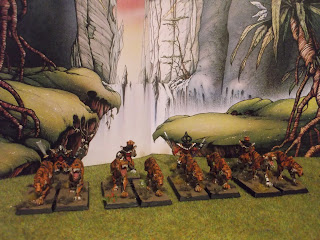 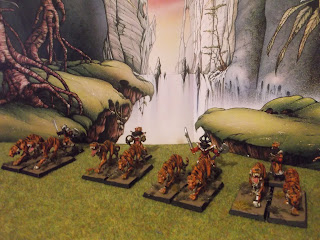 From the left side. 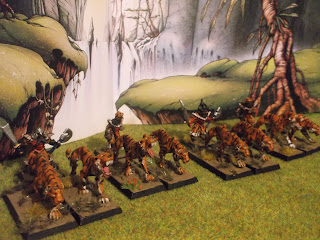 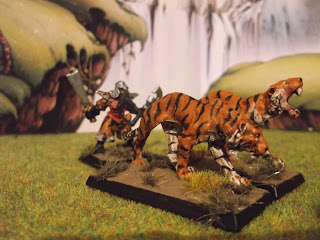 A Tiger team in action. 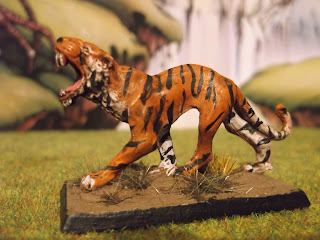 Close up of the roaring Tiger 'Great Tooth'. 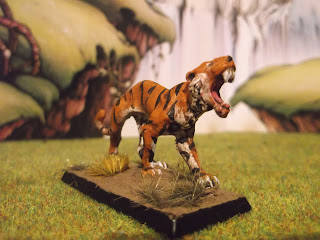 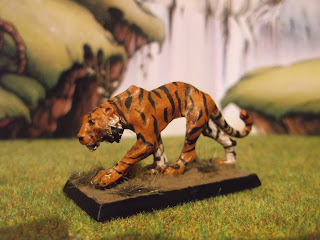 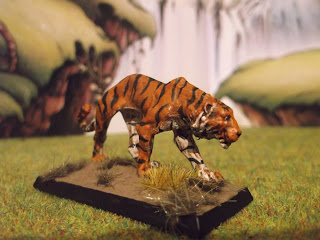 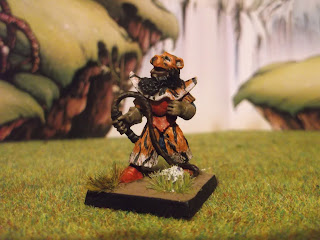 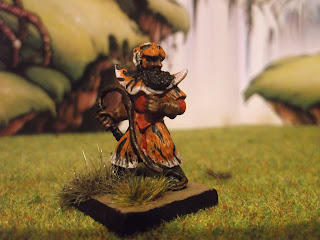 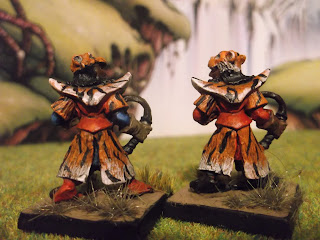 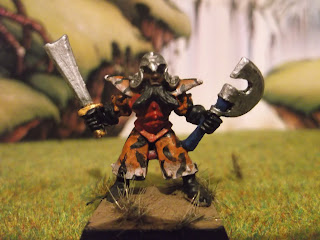 As I had more Tigers than Handlers I decided to use a spare pair of Pan Tang infantry to step in.
This is Grar.
I kept the same indea of colours scheme for these as with the other 'proper' handler miniatures. 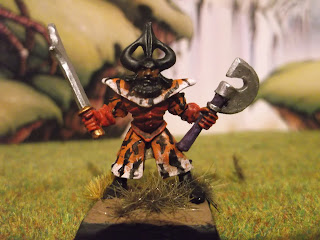 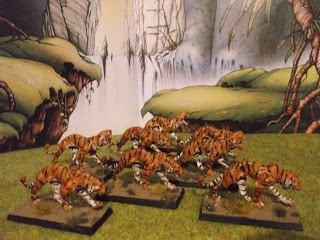 A group shot of all of the Tigers.
I really like the Tiger miniatures, as I do all of the Pan Tang range. It is a shame that they disappeared from Citadels production. I am sure that they could have been produced under the banner of 'Chaos' miniatures, in the same way the Melniboneans became 'High Elves'. However at the time there were a lot of new miniatures being produced and things going one. It was a fun time in which to collect and game. :) 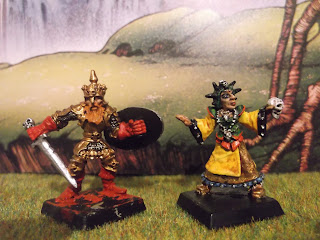 WIP...
...Lord and Lady McDeath. But more on these at a later date.

The next update will be an army update on the completed Pan Tang army.
Posted by Goblin Lee at 20:59