This week I have been continuing the bulk speed painting of the Skaven Clanrats. Despite a slow start to the weeks painting with lethargy due to work and the heat, I have manged to paint 66 Clanrats!  In addition I greenstuff converted-up the Army Standard Bearer.

I have also been continuing to slowly increase the numbers of my WIP Chaos Nippon Army. In additon I found another distraction, a forgotten army in a box detailed further on in this Blog post. 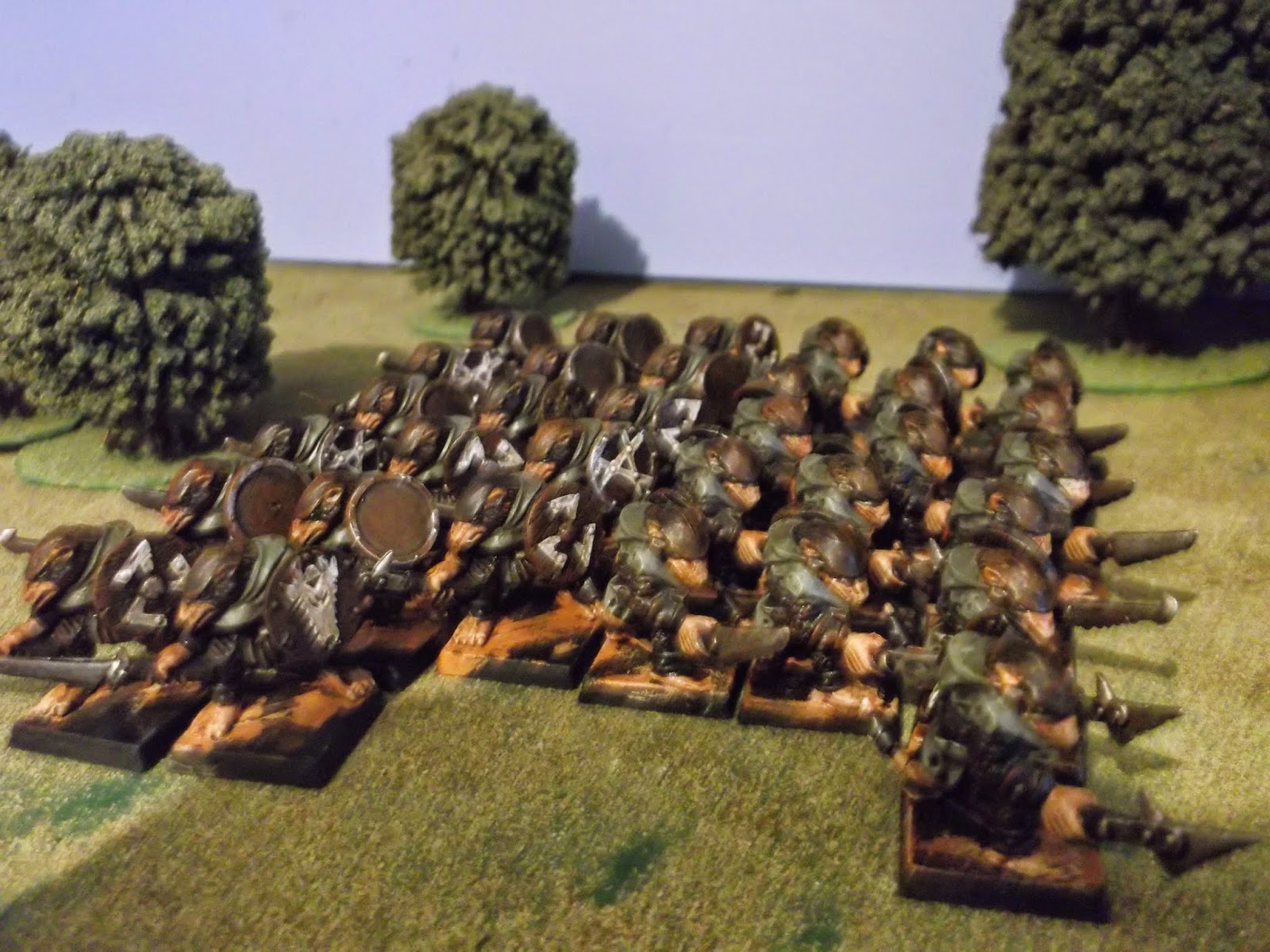 33 more Heroquest Clanrats.
All of the Heroquest Skaven are now painted. I will be painting up all of the Command models in one batch later. 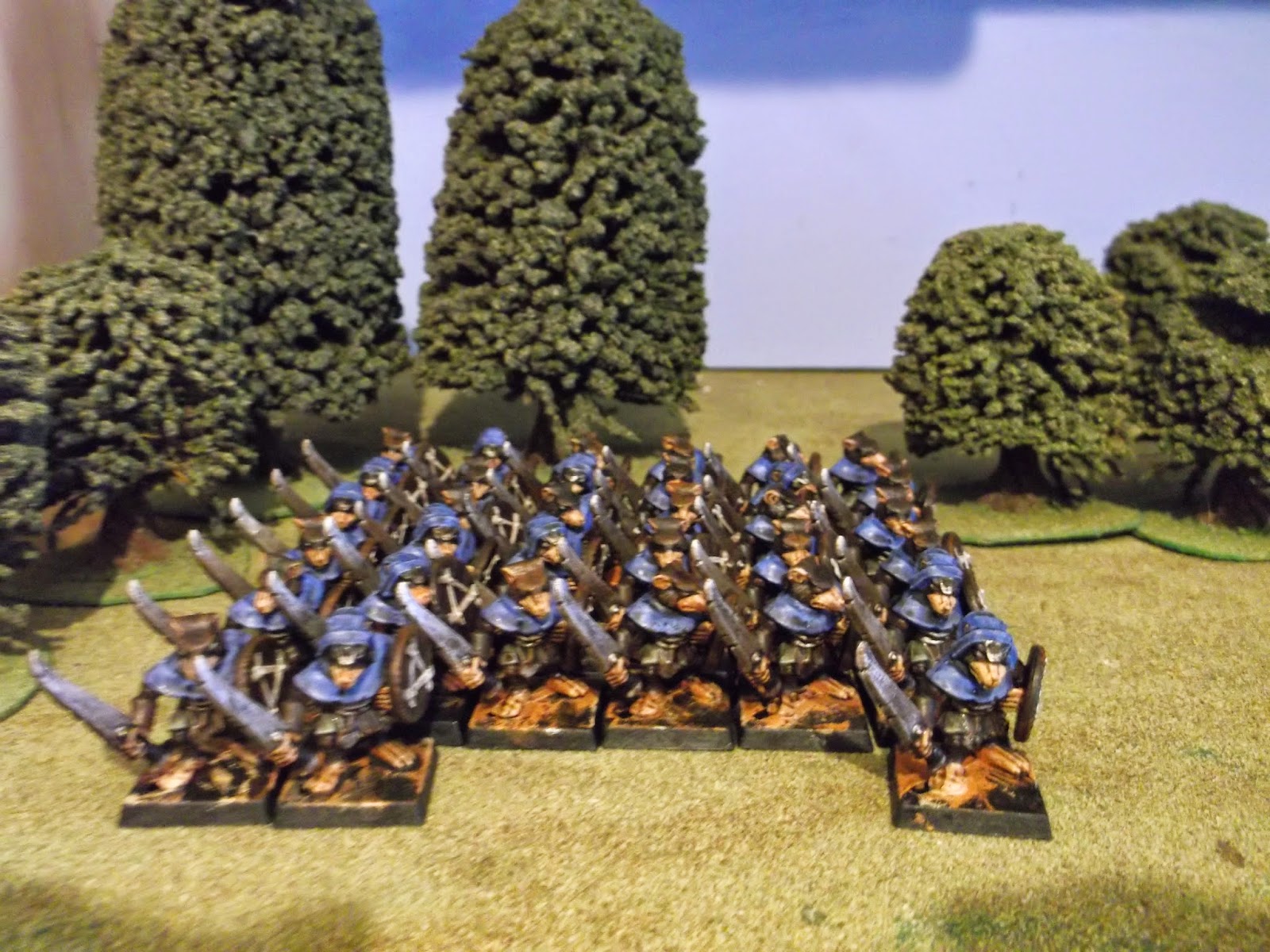 33 Clanrats from the Warhammer Regiments boxset.
These are the only Clanrats formed from the Warhammer Regiments models, with all the other same models being used as Slaves. To differentiate them from the Slaves I decided to paint thier hoods blue and give the regiment a form of coherence. They also all have the shield with the Skaven design on them.
For the Beatles fans out there, I have been referring to the regiment as 'The Blue Meanies'. 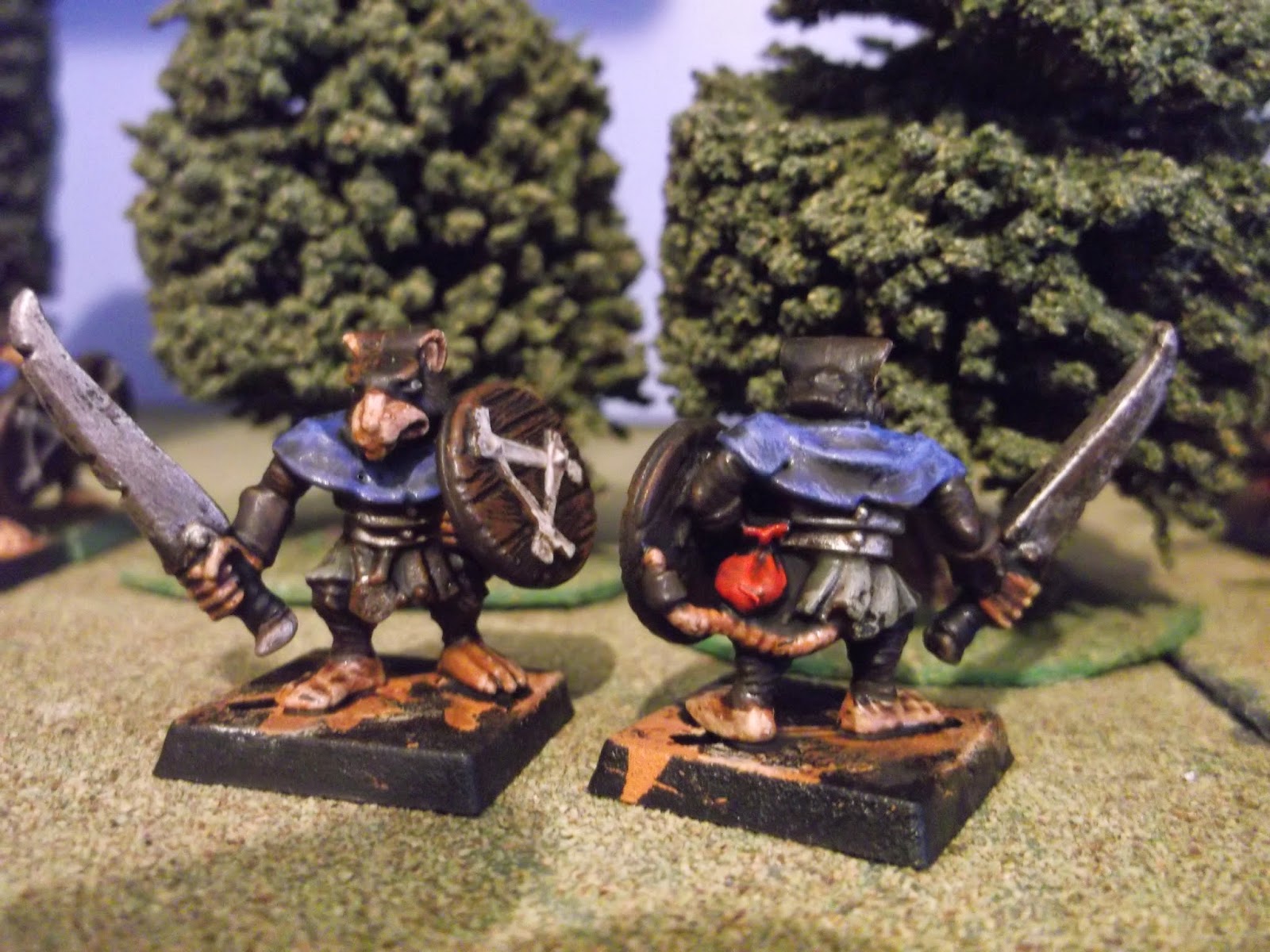 Cloes up front and rear views.
They are quite nice plastic models and speed paint well, I much prefer them to the Heroquest ones. What has been painted so far:
99 Clanrats, 1 Clanrat leader, the General, a Wizard, 3 Globadiers, 4 Warpfire Throwers, 3 Jezailachis, and the 6 Rat Ogres with 3 Beastmasters. 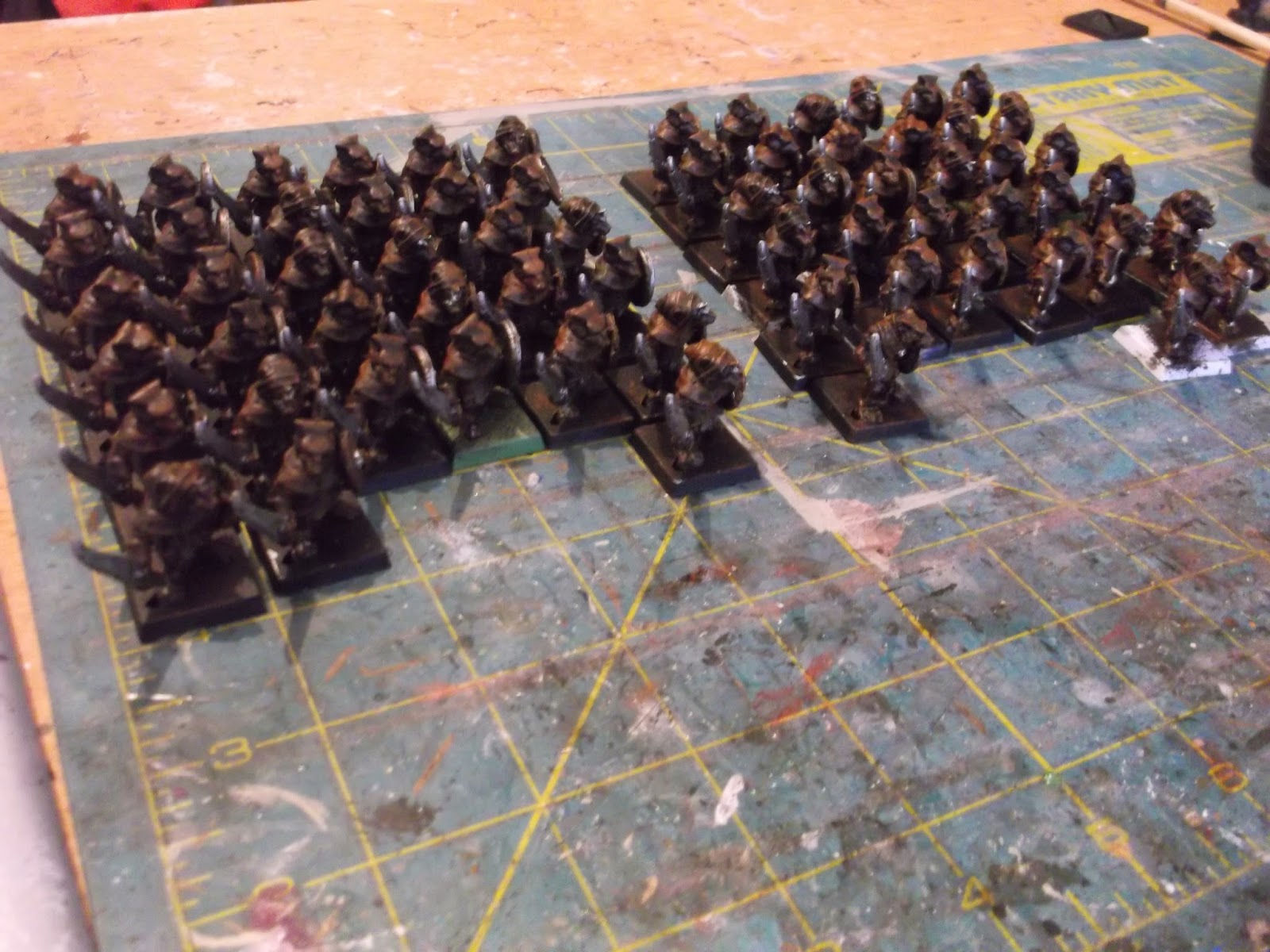 66 Slaves on the painting table!
I only have these, 5 Command groups, 10 Gutterrunners, 20 Stormvermin, theArmy Standard, and a Wizard left to paint.
And the varnishing and basing too of course. 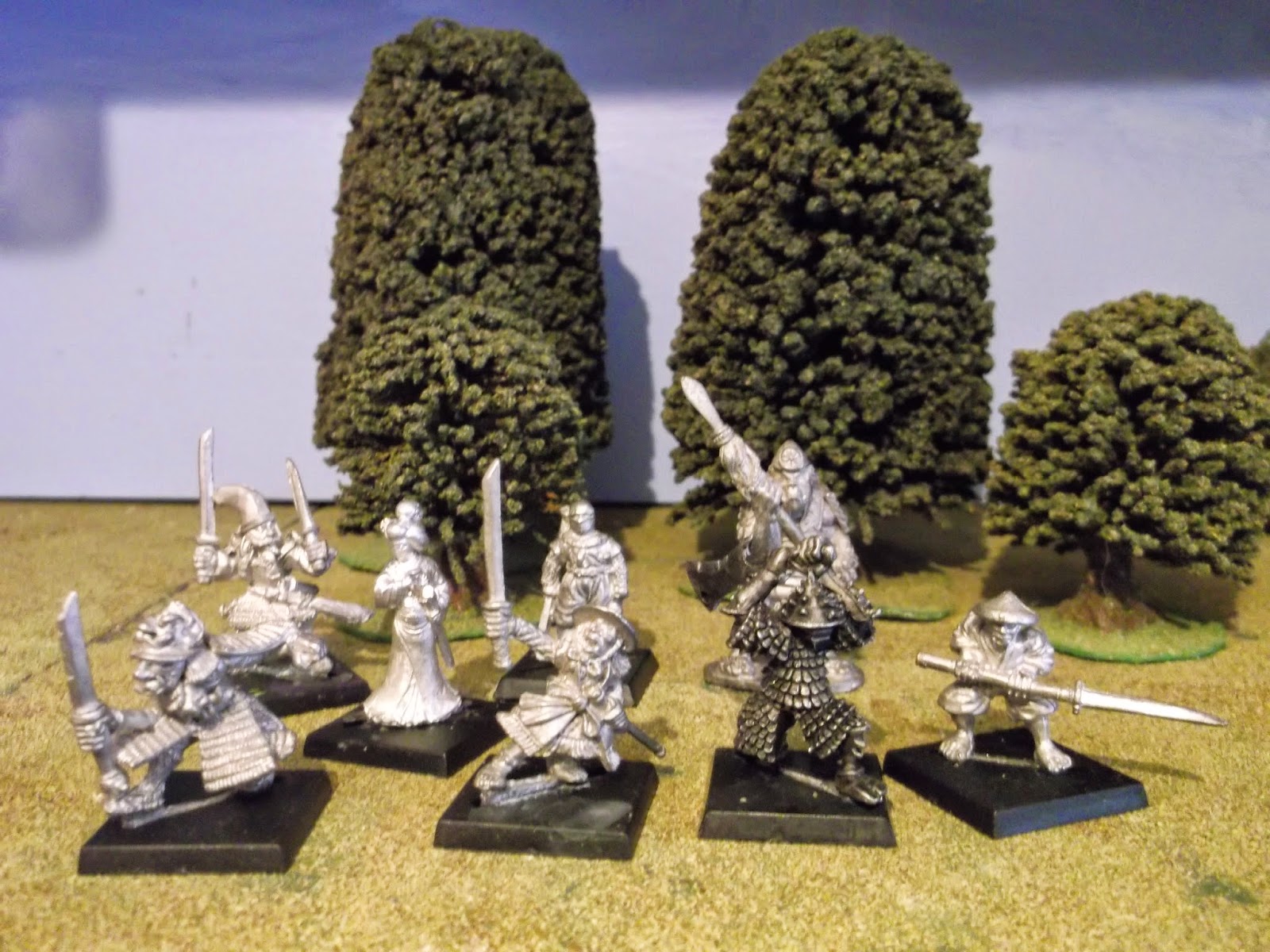 A small seletion of models forming part of the Chaos Nippon Army. 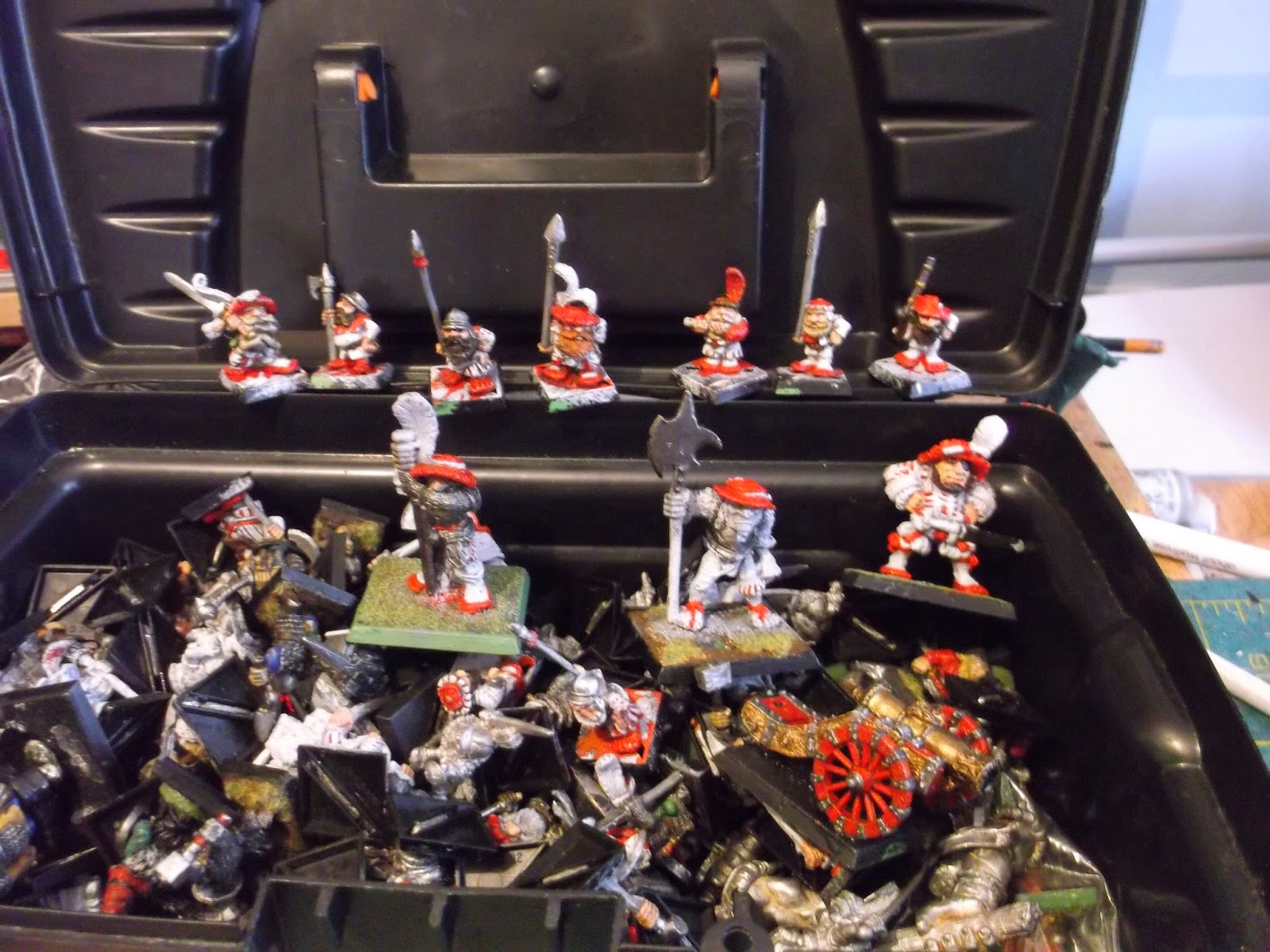 I was looking for something the other day a found an army I have forgotten about.
Back in the 1980's, and on and off since, I bought many of the Marauder Dwarf landsknechts (and Ogres). At the time we used to refer to them as 'Frilly Dwarves'.
The idea was to make a seperate army of them, something which I have not completed. However considering the lovely models made by White Knight, I might revisit the army sometime, although I still have a lot of other things still to do too!!!
I will do a proper series of photographs for them at a later date.

Next update will be more Skaven!

Also, with the building of my Chaos Nippon Army I have been re-examining my 1980's C-Series C36 Citadel Hobgoblins, a lovely collection of models with a great Far Eastern vibe to them. If possible I will do an in-depth update of them too.
Posted by Goblin Lee at 21:57