I have finished painting all of my EC02 Pan Tang Infantry, the basing excluded. This means that the bulk of the army has been now finished, and that three Marauder Warrior units of the 3rd Edition army list army are now completed. I only have the Tiger Teams, Chaos Thug archers, a Chaos Warrior Unit, and a Sorcerer to finish.

Other than that I have been preparing for the new Astra Militarium Codex, which has been released over this weekend, by sorting out my Praetorian army. I need to buy the codex, but I do have a fair idea of what will be needed in the army. I have sorted a lot of the army into specificly posed squads. For example, some squads of ten comprise one sergeant, one greneade launcher, one two-man heavy bolter team, three standing and firing troopers, and three kneeling and firing troopers. I did paint up a pair of Praetorians to fill in a gap in a squad as well.

I also have done a little prep work for my Araby/Haradrim Warhammer army. I have collected a little unit of five of the 1980's Citadel Lord of the Rings range ME54 Easterling Raider. As I only had four riders, I converted one of the foot Easterlings into a unit leader. I will probably use the Bretonnian army list for the army. 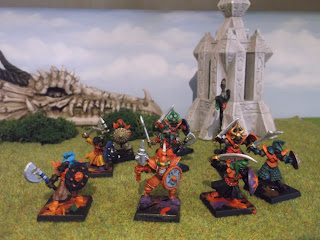 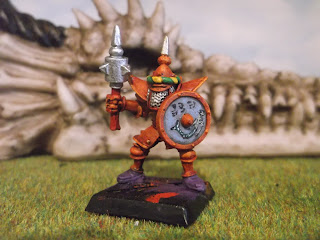 The first of the Pan Tang, is'nt!
He is an old 0201 Chaos Warrior from 1988 Pestilens One Eye whom I shall be using as a unit leader. I think he looks similar to the Pan Tang, and fitis in nicely. He's a great miniature, and I have been wanting to paint him for a while. I have added a little Skeletal Merman and runes to the shield. 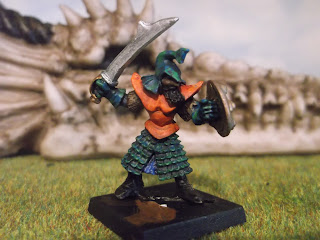 Nisthta.
I only bought this miniature a few weeks ago, and was the only one of the EC02 range I require to complete the set. I will do a blog update on the whole range soon. 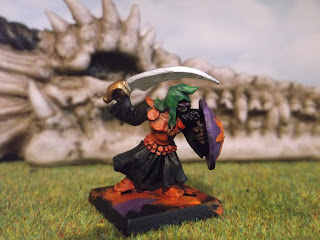 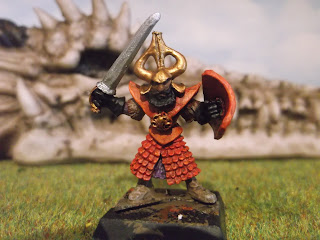 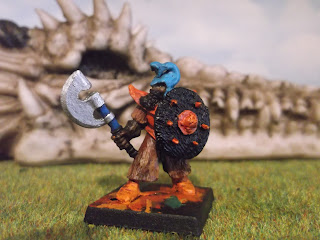 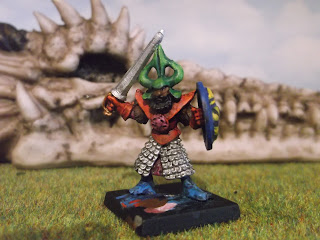 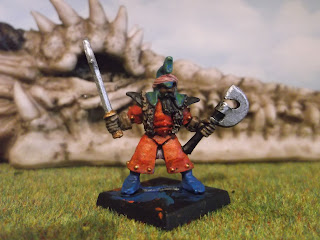 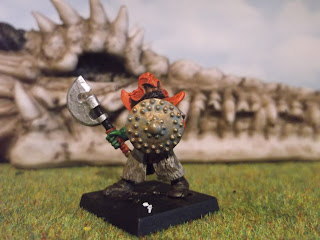 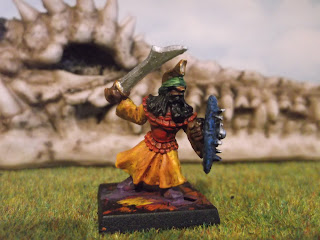 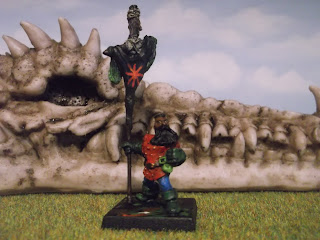 Converted unit standard bearer, converted from an old Citadel Chaos Thug. The standard itself is an old metal part from a resin set of a Lesser Goblin horde model from the 1990's.
The big beard makes him fit in well with the rest of the Pan Tang. He looks a little 'Hipster' too! :) 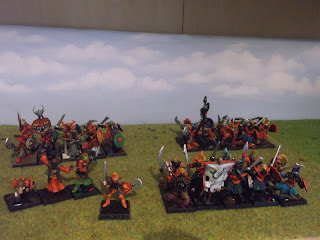 The painted army so far. 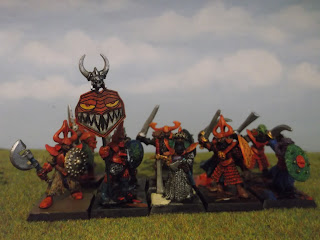 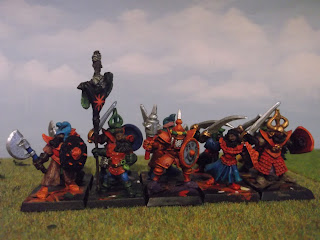 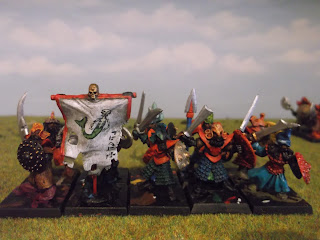 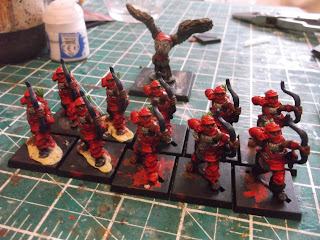 WIP
Archer unit comprising ten archers from Citadel's 0211 Chaos Thug range (021114 in the 1988 Catalogue). Also in the background is an armoured giant owl from Oathsworn Miniatures. 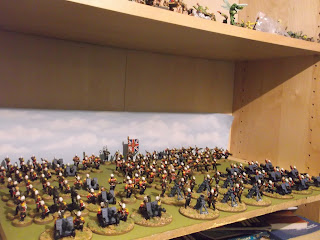 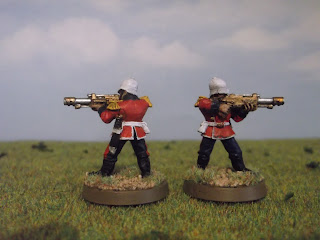 A couple of Praetorian Troopers. The first I have painted in about 7 years!
Quick paint job for the tabletop. 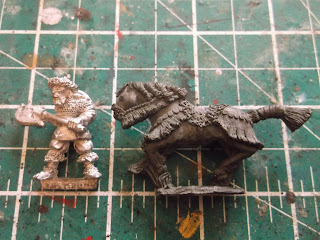 1980's Citadel Lord of the Rings range ME54 Easterling Raider.
I first took the foot miniature and a spare Easterling horse. 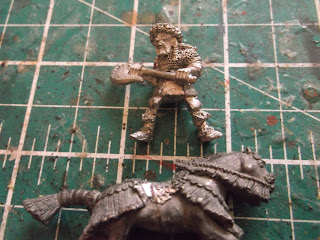 Secondly I removed the tab, and bend the legs slightly more apart. Then using a scalpel I shaved the boots, boot fur, and parts of the rather voluminous trousers. I also cut of some of the fur on the horses saddle. 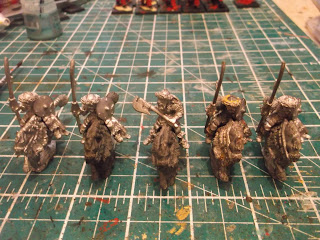 Final outcome.
The converted leader flanked by his other Easterling raiders.

The next update should be the finished Tan Tang Archers. I might make a start on the Tigers as well.
Posted by Goblin Lee at 14:21