Ok, I'll level with you all...
I have done no real painting in about 2 weeks. I have not just seemed to have the time or the inclination to paint. I have sorted out and repaired the Gnolls/Great Goblins, and I have painted two pieces of scenery I have been meaning to paint.  That's why this post is a little short, although I will see if I can post again later in the week!

I bought three fantasy looking resin houses at Salute 2009 and then only ever painted one of them. That one is the little cottage I often use in the background of my photographs, but I still had the other two, which I decided to paint this week.

Other than that, I have repaired the broken Gnolls and undercoated them ready for painting, but for a variety of reasons I never got around to actually putting paint on the little fellows. I have organised them into proper units. I did have to cheat slightly and add about six C13 Night Goblins to fill in gaps. The Gnoll/Great Goblin force works out at five regiments of 25 Gnolls, two regiments of 20, 5 archer scouts, 10 Boar riders, and the Chariot of Rug Longtooth, which works out at a nice little army detachment from the main Goblin horde.

Anyway, I had lunch today, not an irregular occurance, but I had lunch with Justin, an old friend of mine and the author of The Masterwork Guild blog:

One of the subjects that came up was the possiblity of both of us making to the Oldhammer event later in the year. We would both like to go, and will try to make it if possible. He was going to bring as much of his Wood Elf army as he could, and we decided it might be good for me to finish the Slann Army by August and bring all 10,000 points (or whatever it works out at) too.

With this in mind I will, again, be changing projects, and looking at the possiblity of getting the whole Slann army completed in five months. I'll do a feasablity study, and let you all know!
If anyone would rather see, or see in additon to, see any other army at the Oldhammer event, please let me know. I will of course update with other stuff on the Blog as I go just so people are'nt bored by the Slann. 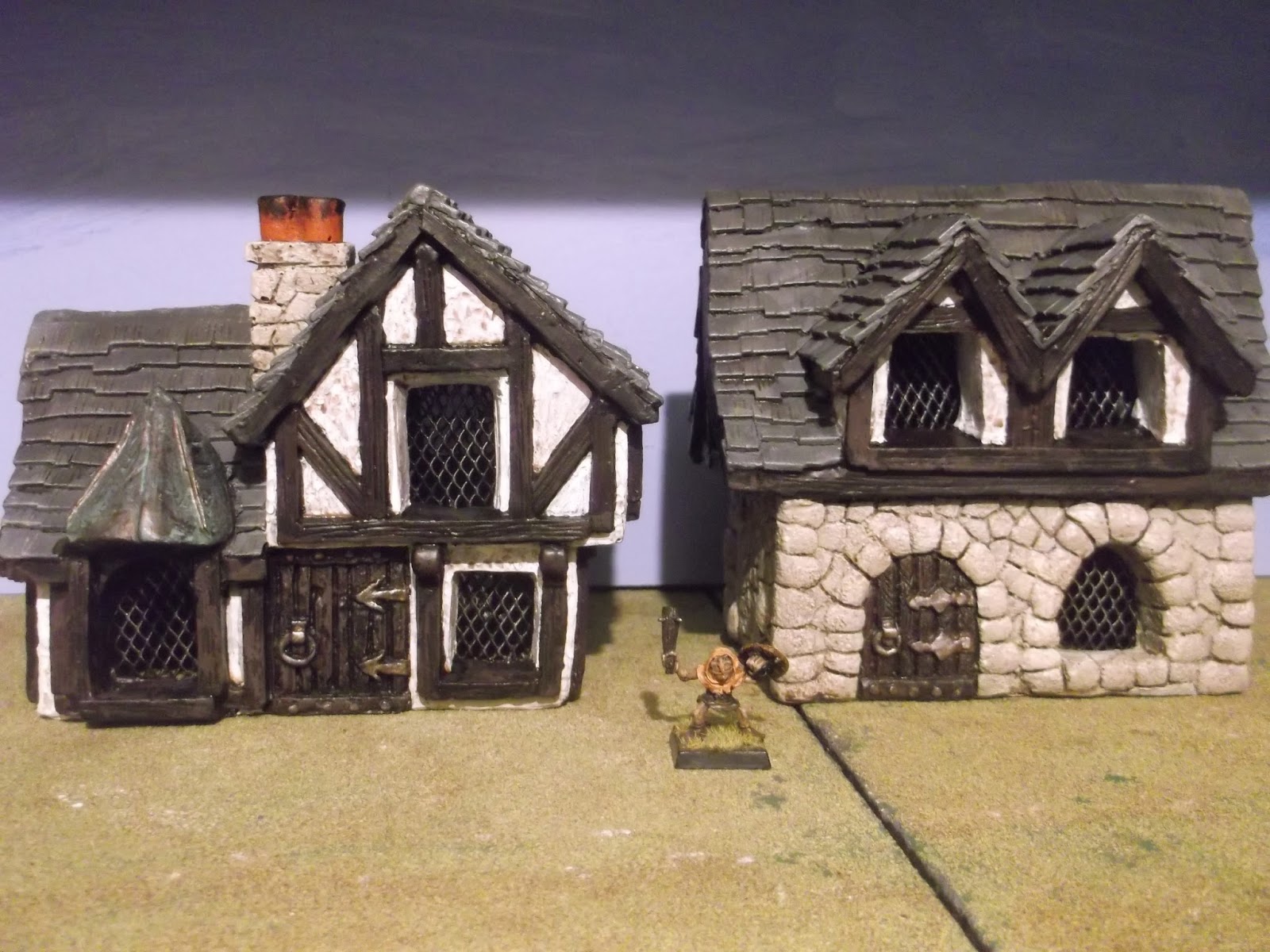 Two houses.
I think they are from an American company, but I don't know.
The Goblin is for scale and mischief purposes only! 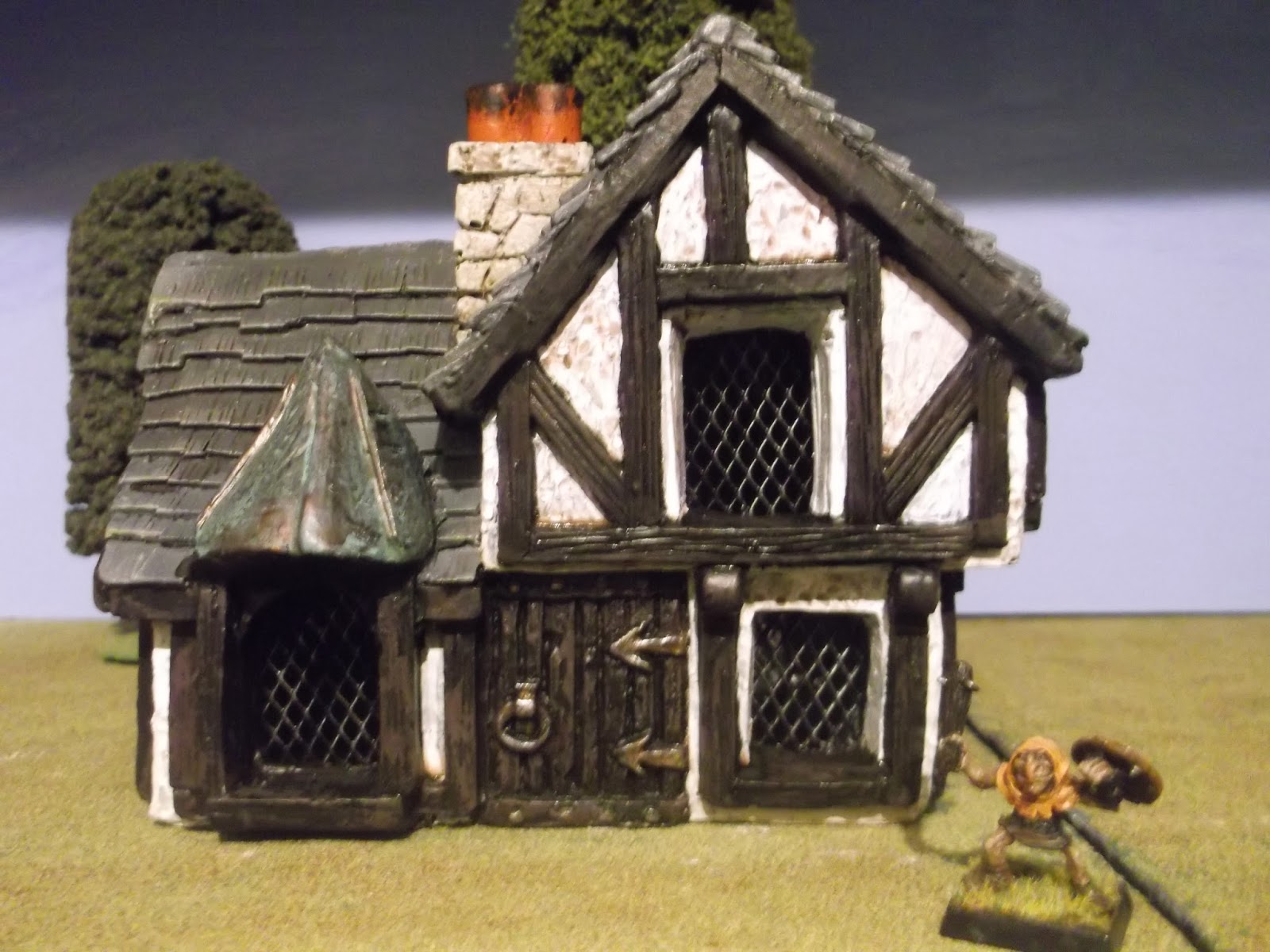 Front.
I liked the little concial roof, which I painted up copper with verde gris weathering.
The windows were orginally just empty holes, so I added wire mesh to give the impression of leaded window panes. 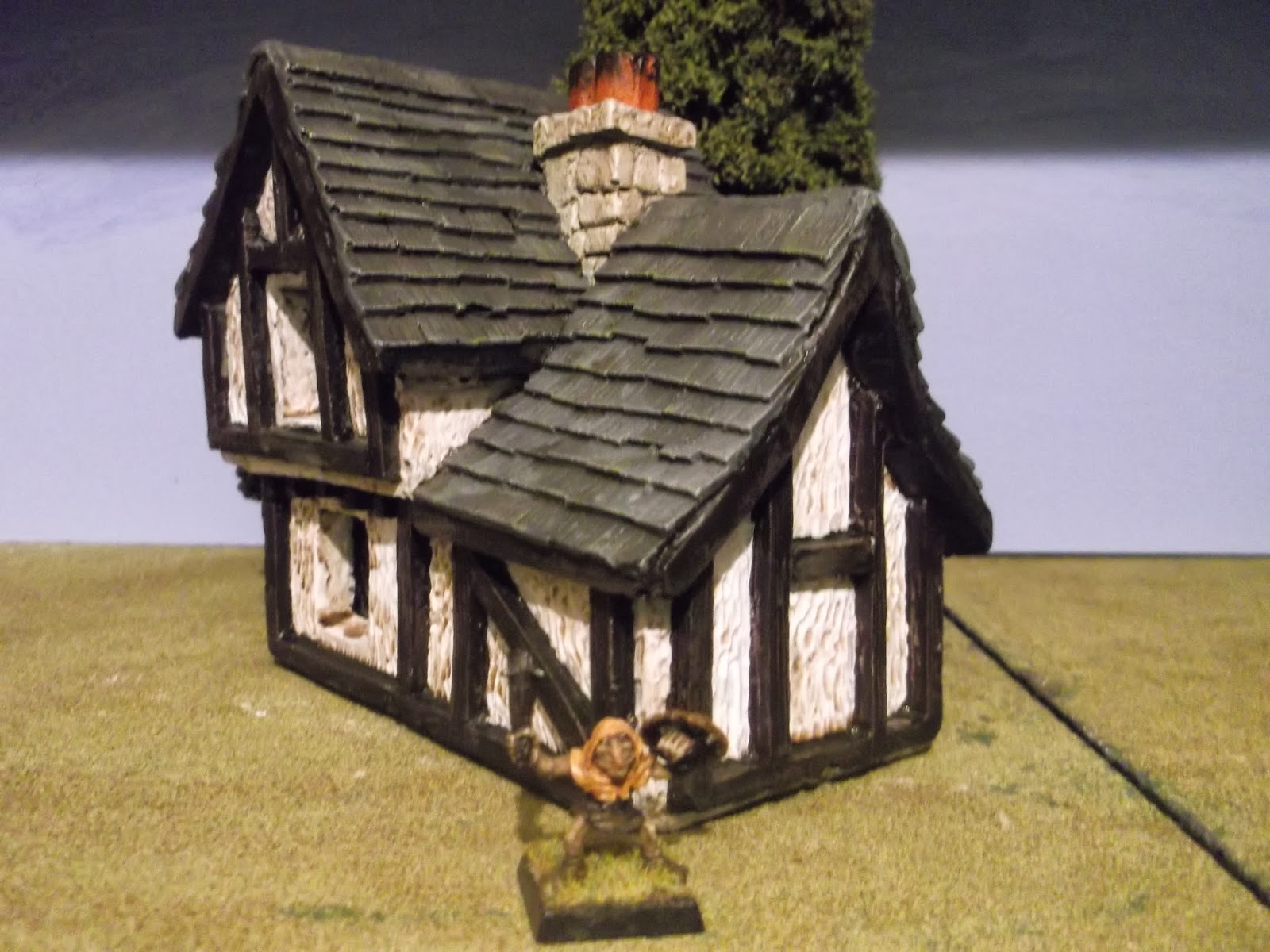 Side view with half timbered walls and sloping slate roof. 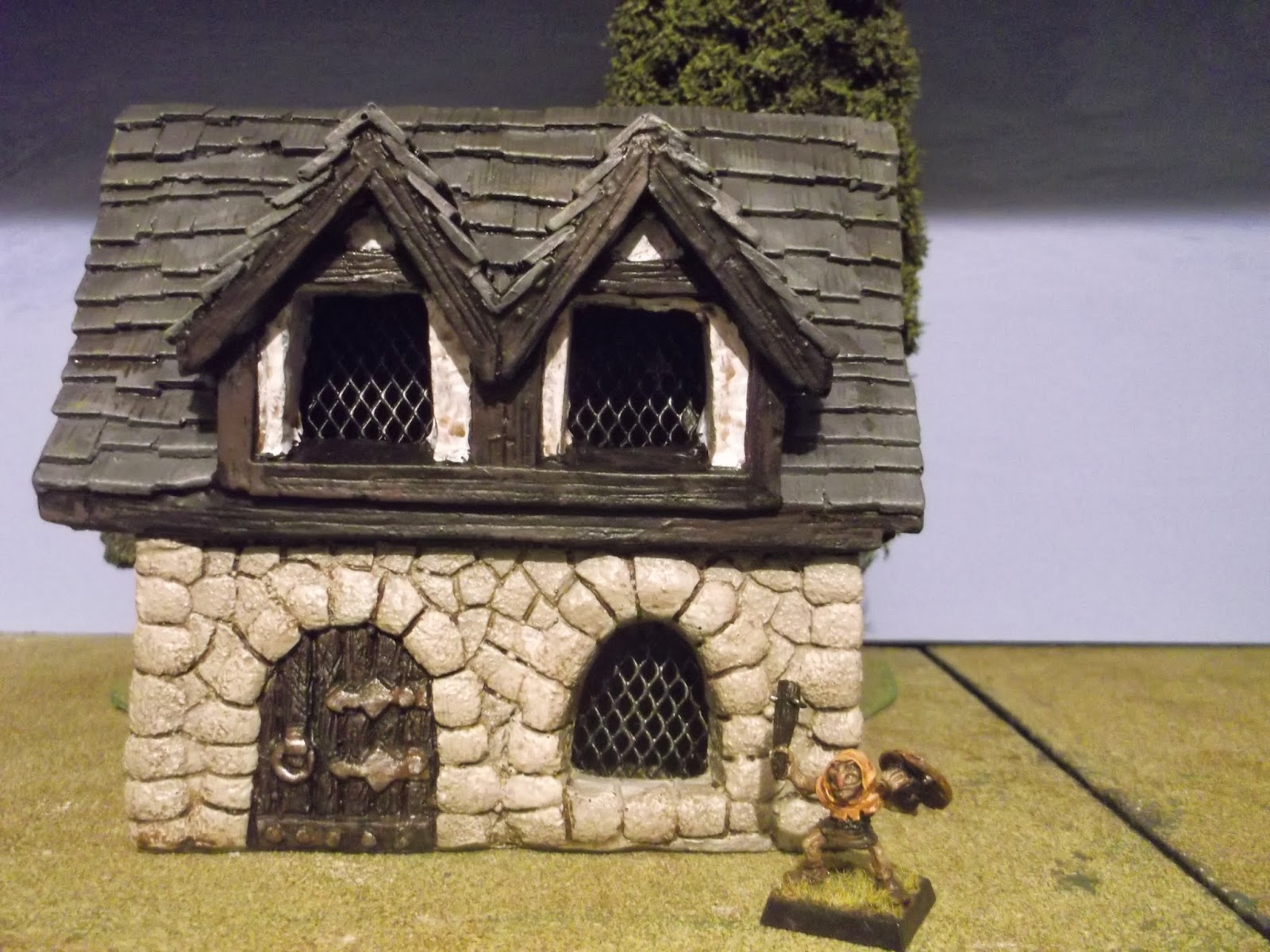 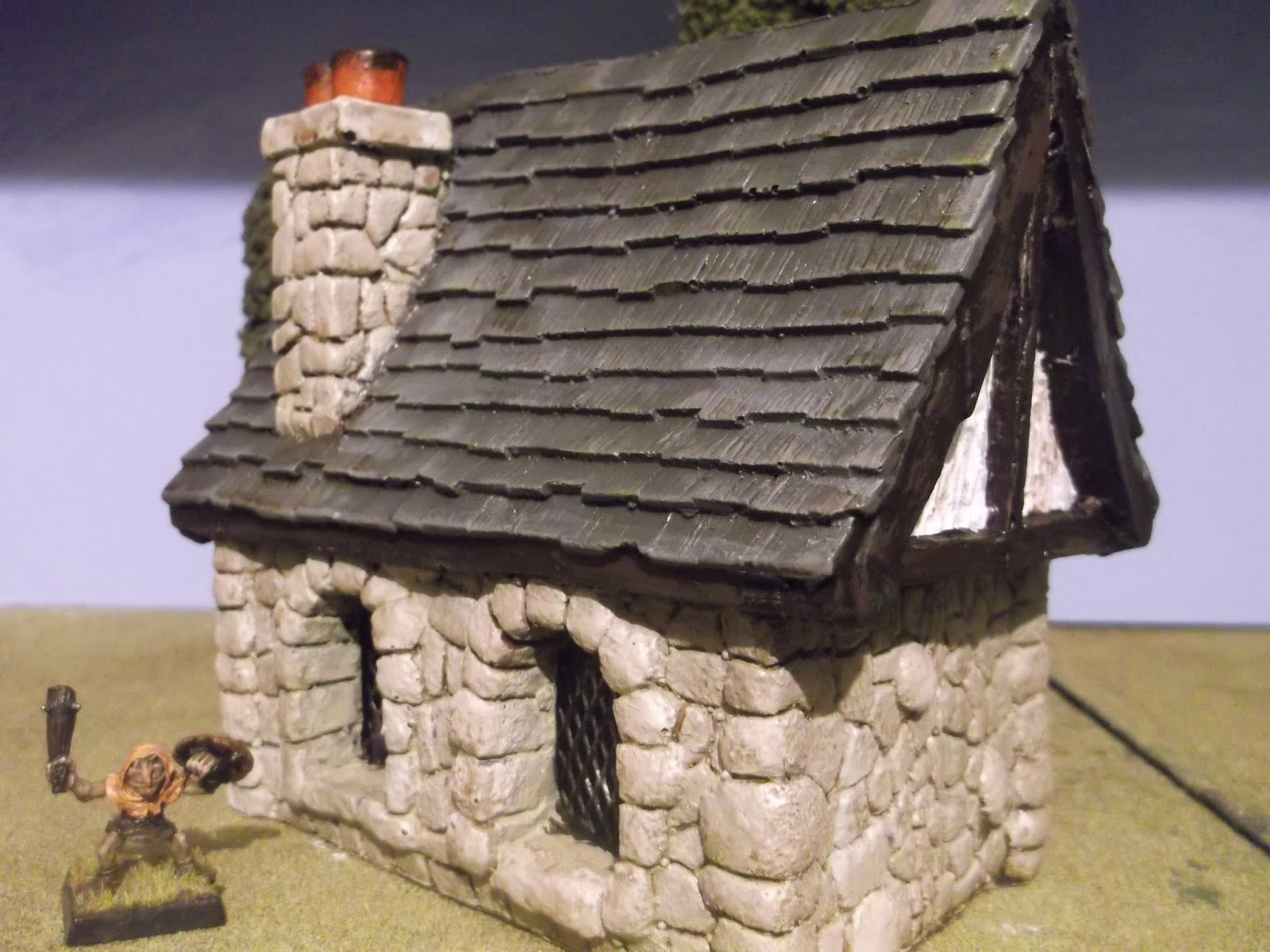 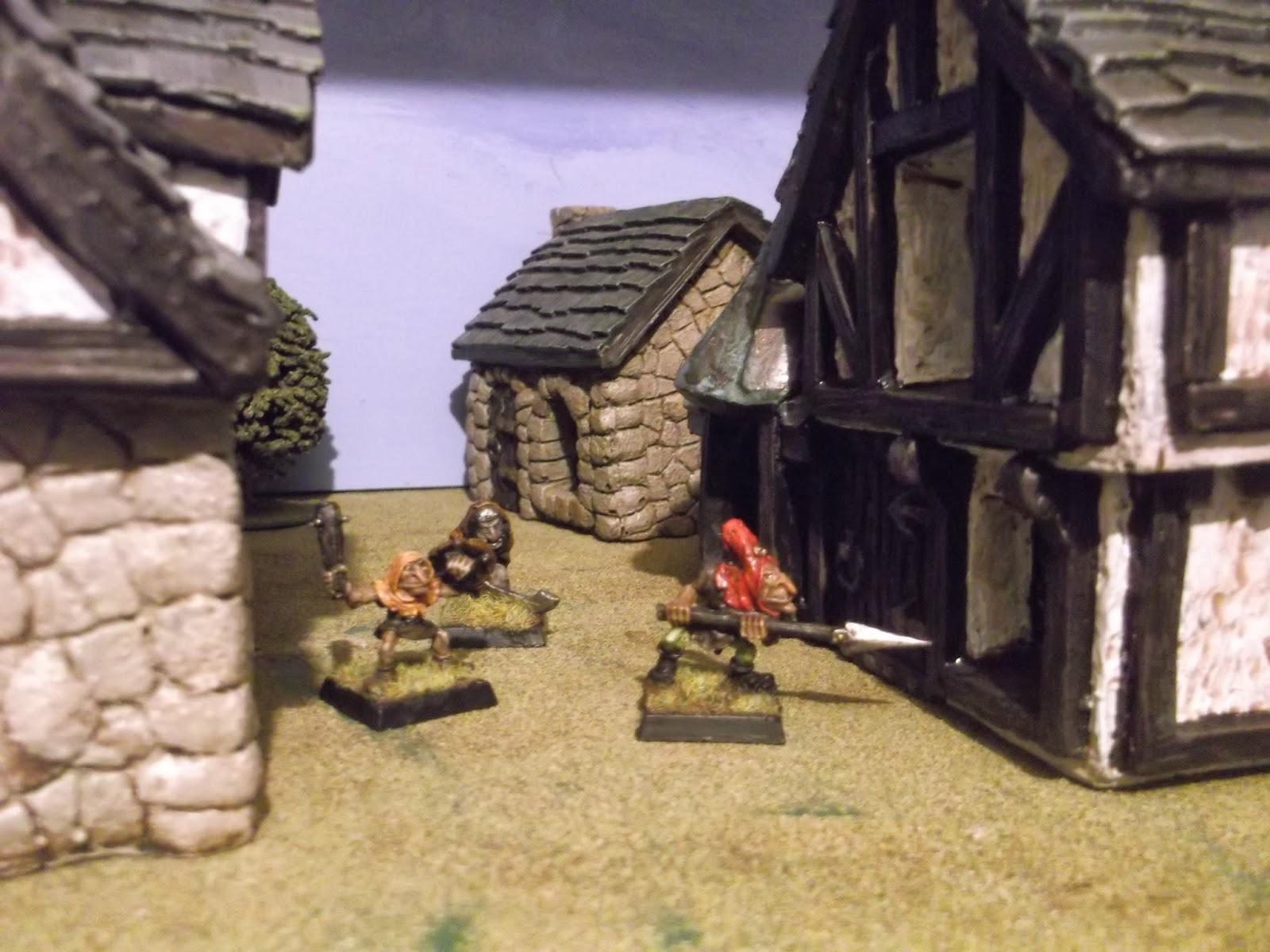 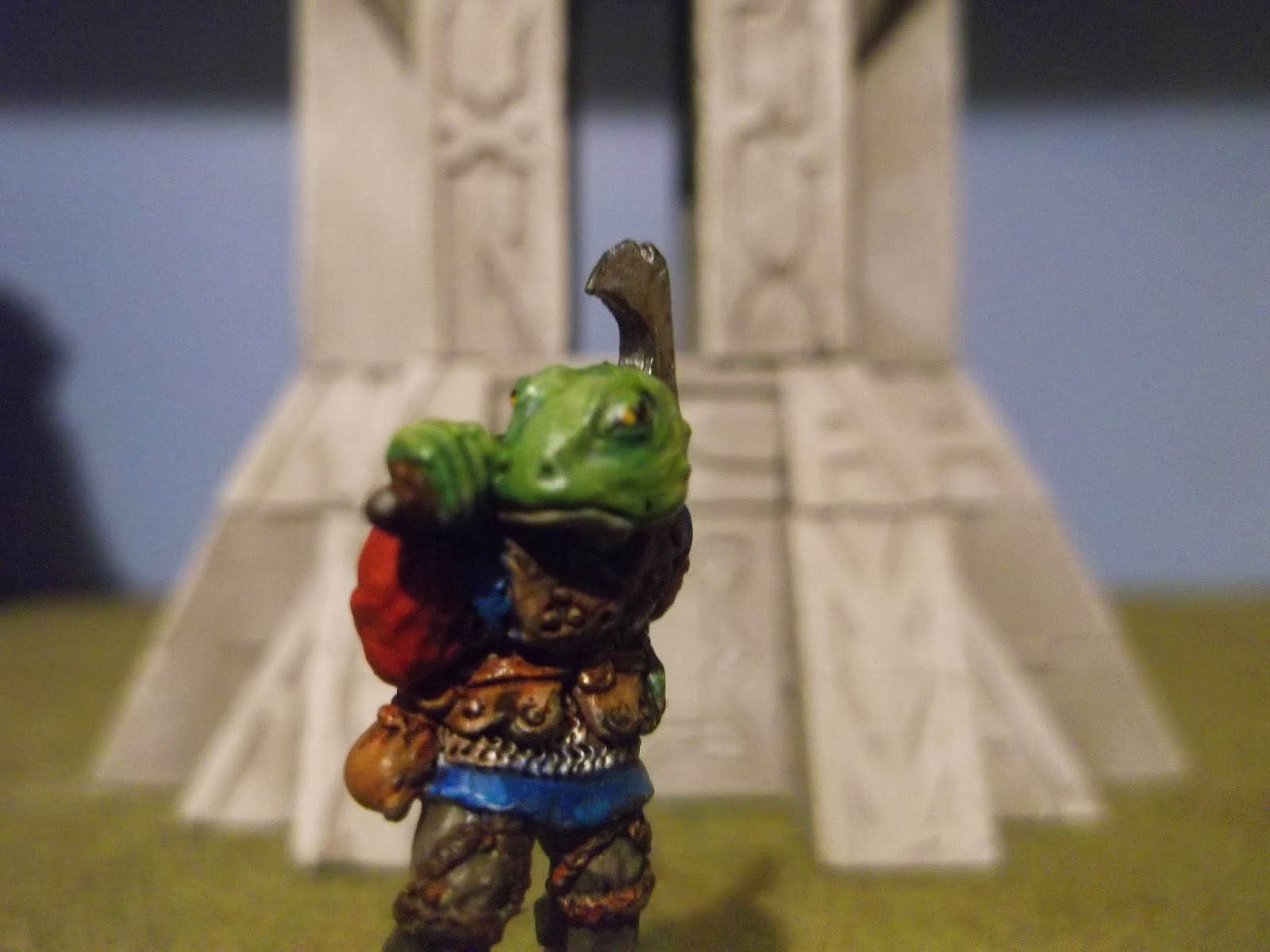 Next update will be about sorting out the Slann. I will also finally endevour to sort out my Blog into race catagories to make is easier for people to find stuff!
Posted by Goblin Lee at 23:15