I  have finalised a 3,000 point army list for the dwarves, and made a start on re/painting them this morning. I decided to amend the paint scheme, getting rid of the old blue and red quartered design (as seen here http://goblinlee.blogspot.co.uk/2013/04/chaos-dwarves-and-ordinary-dwarves.html ) replacing the blue with green version. I think that the green gives them a brighter colour, and I also want to keep the look of a blue/red army when I paint my Empire army.
I will be leaving Prince Uther's Dragon Company the Regiment of Renown colour scheme of red and gold.

15 Hammerers with standard bearer =256 points (these are to be lead by the army general).

For the Clansmen I intend to use some of Prince Uther's Dragon Company, and for the stone thrower I will use the gob-lobber, but only three of the crew.

The tactical plan for this army is a defensive one. I saved 50 points on not giving the Dragon wings to buy another cannon. The Hammerers are to act as a bodyguard for the general. I had to save points and so dropped the musicans in the warrior regiments, they have Ld 9, with a +1 from the Level 10 hero, so they might be ok.

The Following photographs are a mix of finished and WIP models, but when I finish the army full photographs will be posted.
The next post will probably be of some of the Dwarves painted, and probably of a  Slann Army as I have been writing up a 3,000 point list for them too.
Oh, and I posted the Trolls for the fun of it. 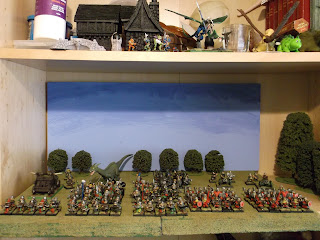 The Army as a whole (try to ignore the stuff on the upper shelf !) 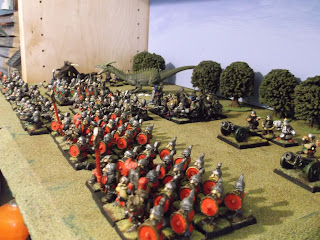 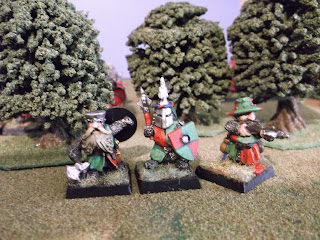 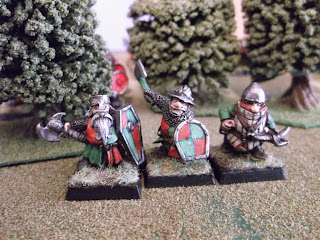 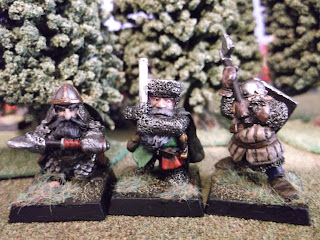 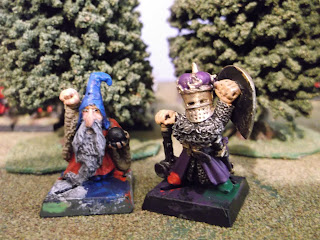 WIP, Dwarf Wizard, and army General. I am painting up the Wizard as per the David Gallagher artwork in the Dwarf armylist on p102 of Warhammer Armies. 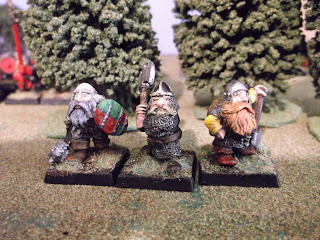 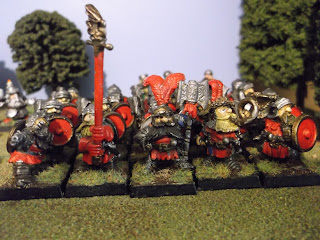 Prince Uther's Regiment. I need to tidy up the paintwork/chips and they will be ready. 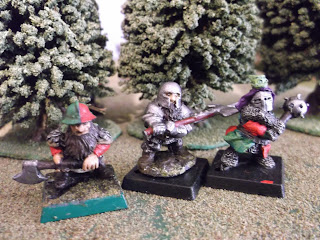 Three WIP Warriors with 2-handed weapons from the painting table. 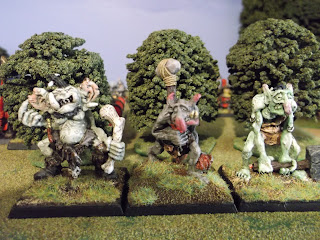 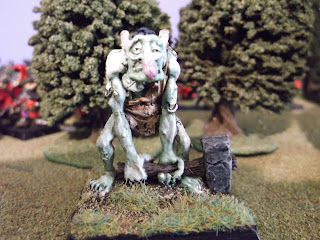 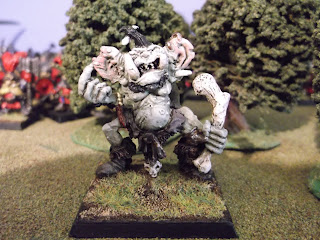 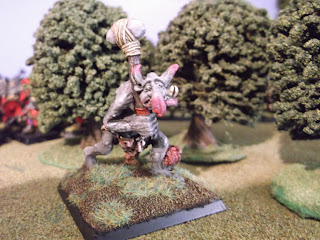 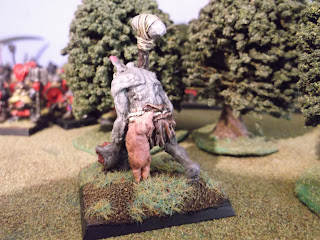