More Orcs, but not quite finished  :(

I've had a busy last few days and weekend, and so have'nt got around to finishing off the Orc and Goblin army.  :(

I have however finished off tyding up the paintwork for 50 more of the Orc Boyz, 20 Arrer Boyz, and a few of the catapult crew.

So here they are, sorry about the rushed photographs. I should get them all done for a big army photo by wednesday. 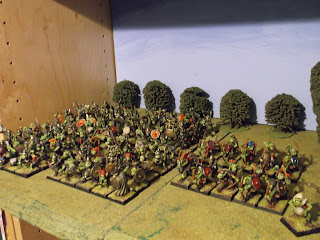 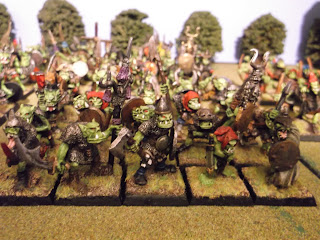 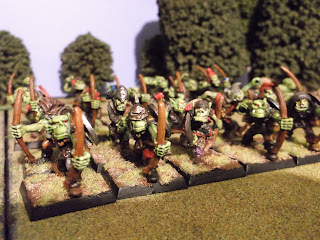 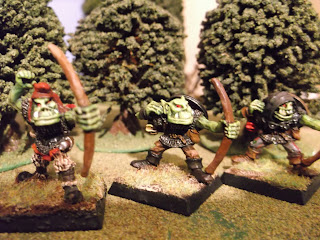 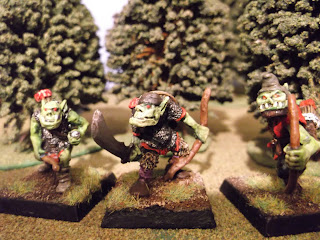 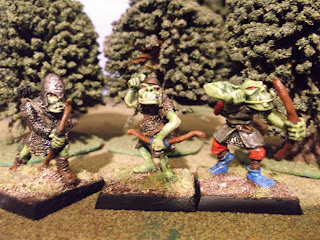 A Solid based C15 armoured orc, and slotta Orc named Grigal, and another later 1980's archer. 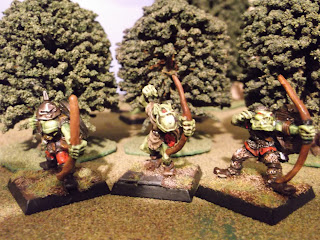 Two more Orcs  and another Lord of the rings Orc, this time a ME42 Orc of the White Hand on the right. 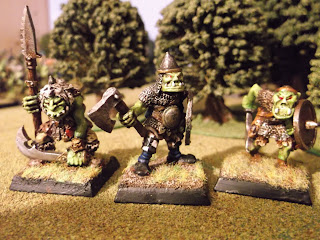 ORC4, Orc Champion Saggrob Spikesticker; ORC1 Orc Warrior Mannik; and an orc warrior I am sure used to be part of the old Lord of the Rings or ADD range, but can't find it listed. Thre are several variants of him. 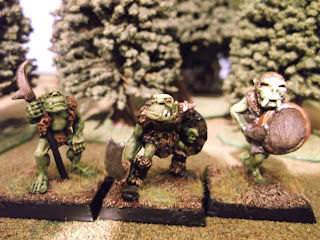 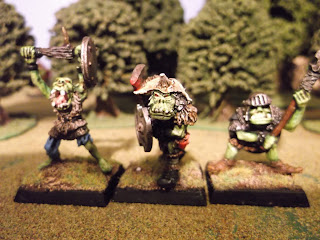 Another C16 Solid based Orc, an Orc champion, and an orc with polearm. 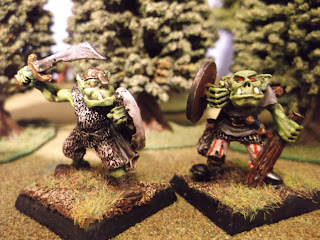 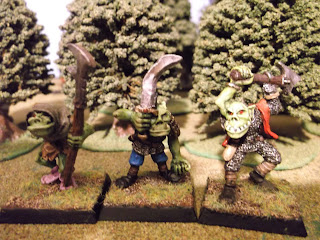 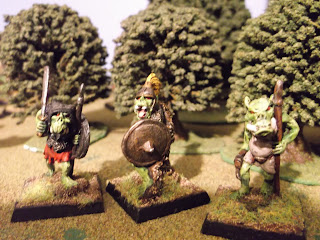 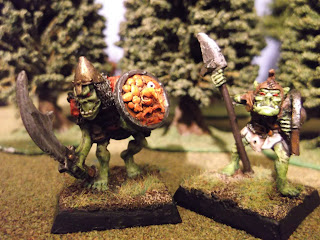 ORC1 Orc Warrior name Darkt with another of my green stuff mutant shields; and the Orc from the D&D BDD2 Monster Starter Set 2. 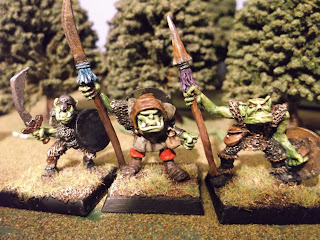 Yet another Orc of the Red eye, and two more spear armed Orcs. 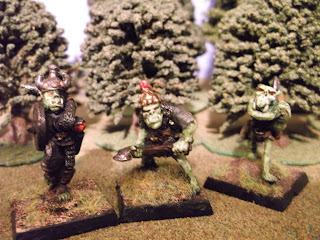 A solid based C15 Orc throwing a dart; an Orc from the C16/FTO-12 Orc boyguard with axe ranges; and a solid based  FTO-06 swinging axe. 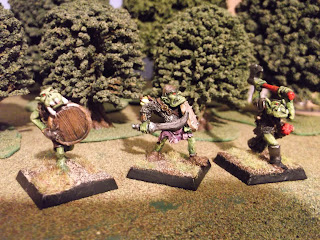 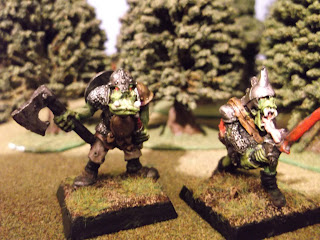 Orc warrior similar to the Orc Champion Mannik, and Solid based C16 Armoured Orc licking his bloodstained sword (on his back are sculpted several severed heads !) 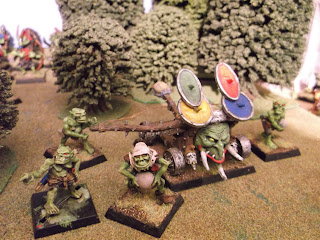 The Man-Mangler catapult with 4 of the six crew (and one in need of basing). I have the other two Orcs base coated and on thier way ! 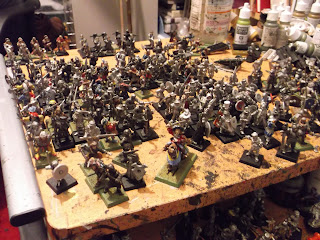 Sorting out stuff so I can write up an army list.
This is the nucleus of my pre 1990 Empire army before they released the new stuff at Games Day 1990 (one of the few I ever went to!) .