Getting distracted by monsters!

After sorting out and undercoating several Regiments of Renown ready for painting I spent a lazy bank holiday sunday afternoon looking through boxes of stuff. This lead me to dig out several old miniatures in  need of re/painting, mainly monsters.
So I painted some, but never got around to the Regiments!
I will focus as the week goes on on getting one of the Regiments done, probably the Skarlocs Wood Elf Archers now as I would like to have a workable Wook Elf army up and running. 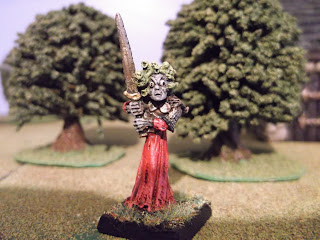 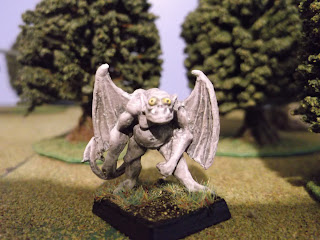 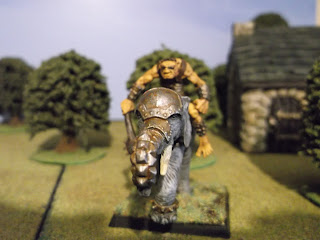 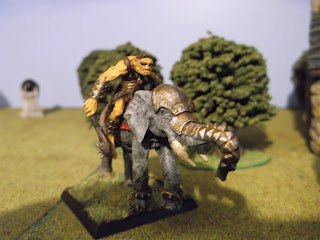 From the side. He is mounted on a 40mm base as he can still fit into the front rank of an Ogre unit. 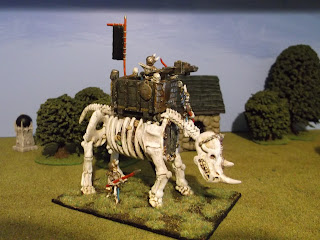 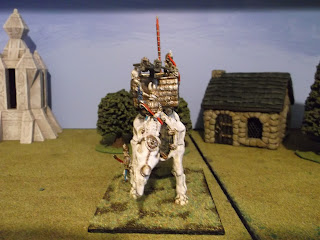 Front view.
I re-based it yesterday, need to give the paintwork a check over. 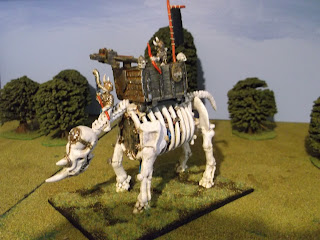 Left side with the archer crewman and captives inside. 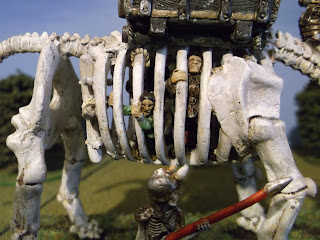 Right side, more captives and a Skeleton spearman that comes with the set. 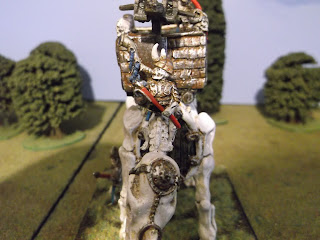 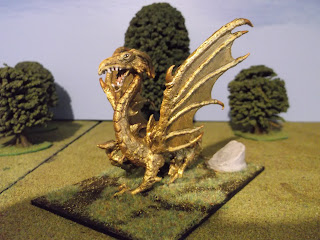 I assembled and painted up the Dragon that was photographed in bits a few posts ago. 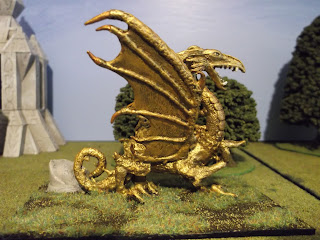 I went for a gold colour for a change. The casting of the Dragon itself is poor quality, which makes me think it might be a very early 1980's non Citadel model. 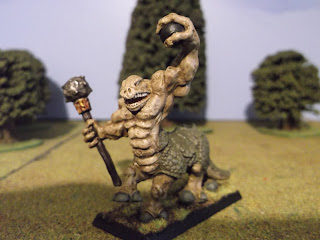 Zoat Wizard!
This is my total Zoat Ally Contingent  :( 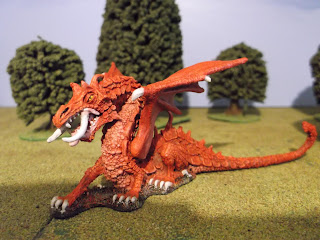 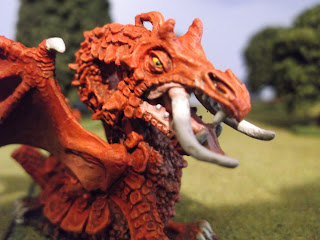 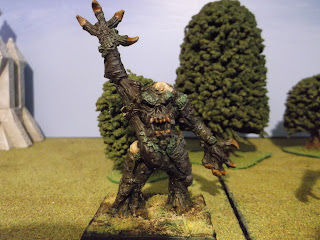 Marauder MB14/A Treeman. Part of the monsters that will help out the Wood Elf army. 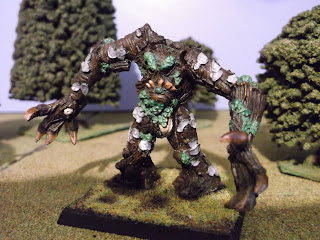 MarauderMB14/B. The other Marauder Treeman. Both of these are mounted on the 50mm square bases as 40mm looked too small.
I like the crazy looking teeth. 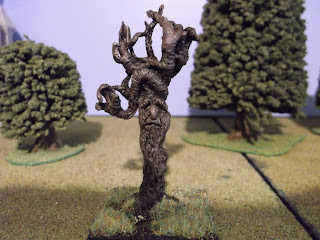 C31 Large monster. Solid based Treeman. An odd looking treeman, looks more at home in an old folk art style woodcut. Mounted on the 40mm base. 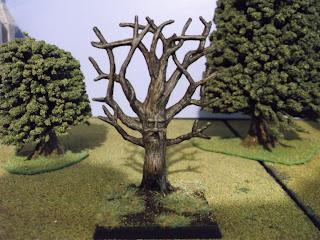 Grenadier Treeman on 40mm base.
Again another one that looks better in a woodcut !
I wonder if Justin recognises this one ?  ;) 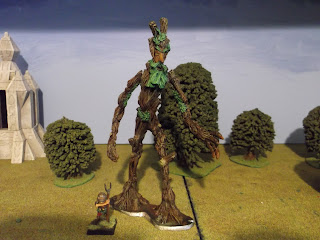 Work in Progress and in need of a base.
I cannot remember who made this Treeman, but I bought it at Salute ages ago. It is huge ! That is a C13 Great Goblin/Gnoll next to it for scale. 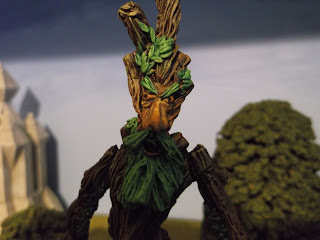 Close up of the face. If I was to game without using the Warhammer Armies book, this could easily be a Level 25 Treeman Hero/Wizard  !  He reminds me of the actor Frank Thornton for some reason (might be the nose) . 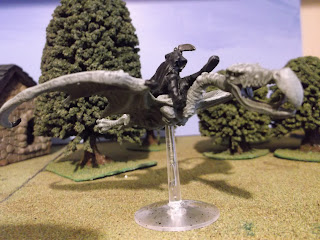 BME -2 Nazgul on Winged Beast.
No idea why I painted this now, I just liked it and it was very easy to do.  Need to find a decent flying base for it!
I like the shaodw it casts on the table too. Very apt :) 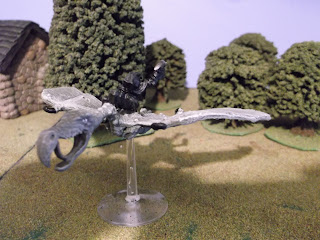