Quick update today as I am pushed for time. I might do another update later on in the week, maybe of the unpainted Goblins I need to do.

As promised, as part of my grand plan of photographing all of the painted Goblins, here is another batch of 40 painted Goblins, this time warriors.
I have also added  a couple of shots of Chaos odds and ends to be added to my Beastman themed 3rd Edition Army. I need to write up a list for them soon.

Apart from that, I am still painting the Dark Elves, and I am picking up things from e-bay bit by bit my 3rd Ed Skaven army, the only army I never really collected at the time. 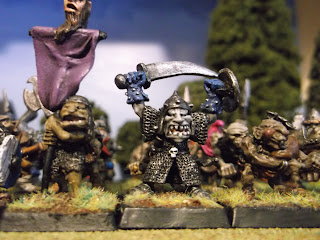 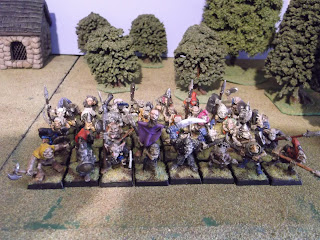 40 Warriors.
One of those blocks from the last blog update! 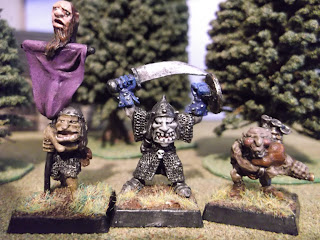 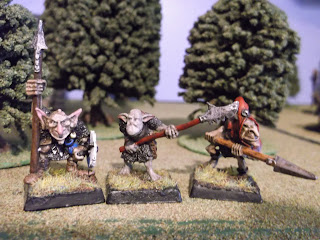 Another happy Goblin, this a Citadel spearman from the later 1980's. Centre is a Harlequin/Black Tree one, and third, another Goblin with spear.
I am sure when I was looking through my old White Dwarf's a little while ago that there are several adverts for Goblins from 1985/6/7 with many of thier names on which  are'nt uploaded to sites such as the Stuff of Legends, etc. I'll have a look for them later. 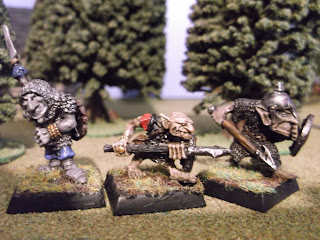 Three Goblin spearmen, the centre one is C12 Knee Spiker.
I think the one on the right might have been part of the Goblins with javelins range. 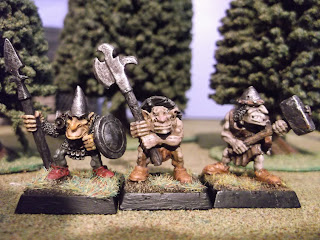 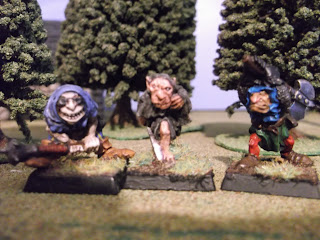 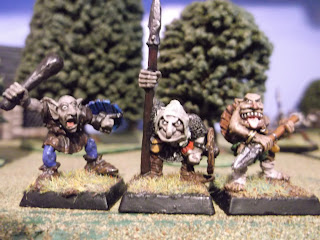 Manic looking Goblin with club, Goblin with spear (I think he looks like Marty Feldman!), and another spear armed Goblin from the Goblin Javelinmen range. 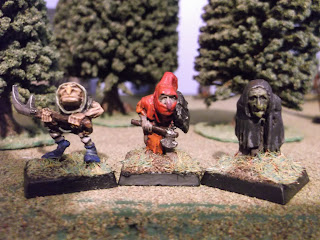 Goblin with two handed weapon (and stripey leggings), and two solid based C13 Night Goblins. The one on the right is one of the few Goblins I painted greenish...... 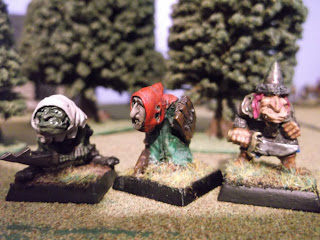 ....as is this hooded toothy Goblin.
His two compainions are another solid based Goblin and an Iron Claw one. 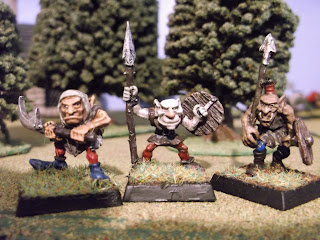 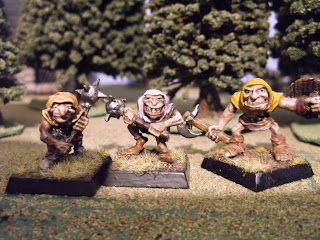 Two mace armed Goblins, and one with an axe. 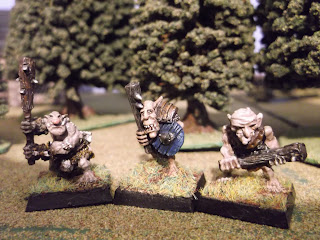 Three Goblins with clubs.
The one of the left is a Redbox Games 'Boneback', the centre Goblin is Harlequin/Black Tree, and the final one is a C12 Goblin named appropriately 'Clubber' (although he might also be a fan of nightlife!) . 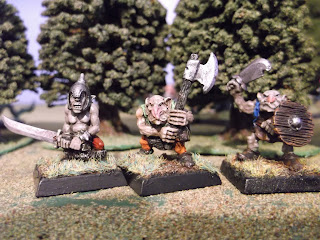 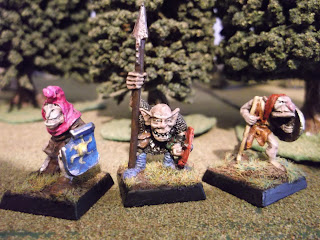 The Goblin warror on the left has an old Citadel metal shield. The spearmen centre is a variant of the happy Goblin in the fourth photo and the 'Marty Feldman Goblin'.
The third Goblin is a Runequest Trollkin with spear, also released as a C13 Night Goblin. He's missing the top of his spear, but I have several others with the spear intact. 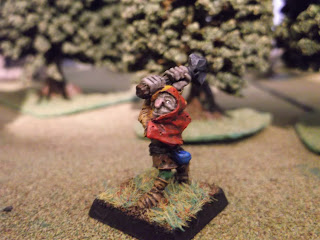 Marauder Goblin in a Jesters hat with stone club.
I have seperated most of my Marauder Goblin into thier own regiments. I feel they are a largley different style to the Citadel Goblins and similar to Citadel-style Goblins. To add them to the main Goblin regiments would dilute the feel of the old style Citadel Goblins in my view.
This Goblin is one of the waifs and strays that fits fine with the main bulk of Goblins. 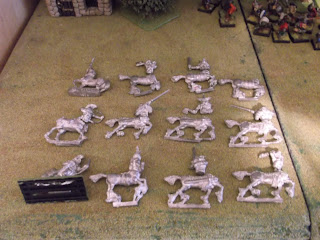 Chaos Centaurs, and Ally Contingent for the Chaos Beastmen army.
I seem to be missing a torso for one, but that should turn up as I am reboxing and sorting stuff out. If not, I have some old Chaos Warrior torsos I can add. 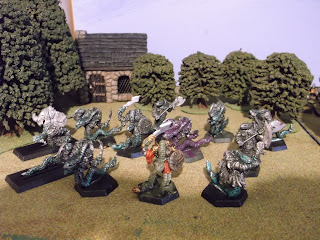 12 of the old C27 Chaos Snakemen.
Unsure what to do with these but I wanted to include them in the Chaos Army. I was thinking of putting them on cavalry bases (I reasted a couple on them for the photo) and using them as more Centuars.
I read on someones blog they put them on 40mm bases and used them as Ogres, a great idea, but I like to avoid using mercenaires. As they have shields they can't be 'stand in' Minotaurs.