I thought it has been a little while since I have updated with photographs of Goblins (I am Goblinlee afterall!!)  .

I faced a dilemma in that I could'nt remember which Goblins I had already photographed!  I know I had only done a few Wolf Riders but all of them, so here are 40 painted Goblins. I still have another 20 to paint up.  It was good to get back to sorting through the Goblins again  :)

The Dark Elf painting is going well, but slow as I have'nt spent as much time on them, but I plan to catch up at the end of the week.

Also, a quick thank you to people taking an interest in my blog, as of midday today I have had 6,030 views since I started in April. I am also enjoying looking at the excellent work of other peoples blogs.
In addition, I have also joined Warseer (as Goblinlee!) and so have taken a totally technologically confused step into the world of forums.
At a later date I will look at how to have galleries for each of the armies and races making it easier for people to view tihngs. 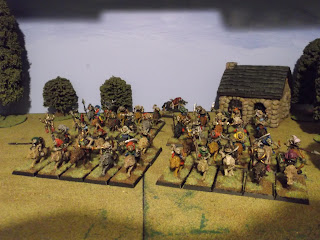 40 Goblin Wolf Riders in four regiments of ten.
The Goblins themselves (with a few exceptions) are a mix of the C21 Goblin Wolf riders, and various C12 Goblin Warriors that also fit on wolves (I think that may have been Citadels plan). All but two are mounted on the C21 Wolves. 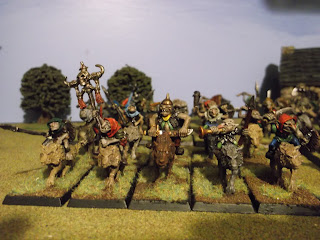 First regiment, being led by a spare Grom miniature. 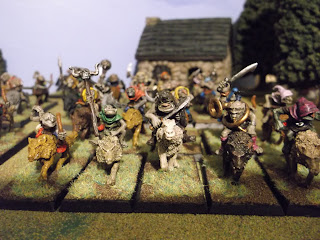 Second regiment, led by the Lord of the Rings ME-41 Goblin Warg rider. 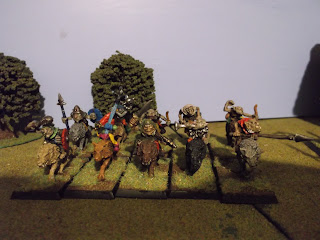 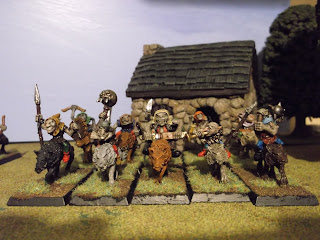 Fourth regiment, led by a goblin warrior, a similar sculpt to the Grom miniature. 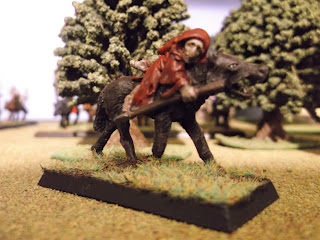 Citadel Wierd Fantasy range:
WF-13 Petrified Gnome being taken for a rider.
He's not part of any of the goblin regiments above, just thought I would add a photo of him ! 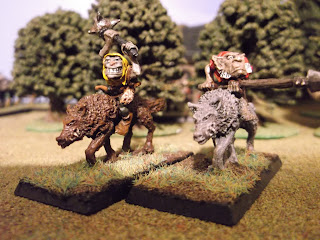 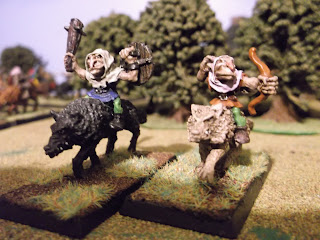 Club wielding goblin, and archer.
When fielding them I usually fully equip them with light armour, shield, spear, and short bows, creating a 14 point goblin! 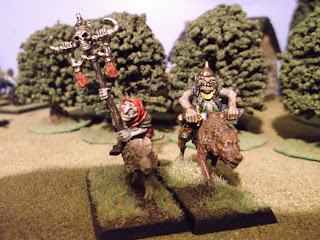 On the left is a converted standard bearer, using a broken standard from the Goblin Kings Chariot.
The leader is a Grom miniature from the later 1980's Regiment of Renown set. As he is a bulky Goblin I gave him a slightly larger wolf, and is riding the vicious Giant Wolf from the BC2 Monster starter set. 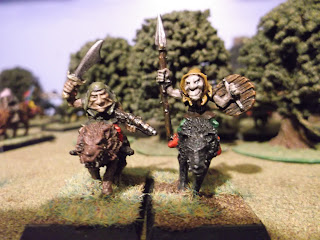 The Regiment leader on the left is a 40k Gretchen with a shotgun which I thought looked good, and looks more like a caputured arquebus. Counts as a short bow.
The goblin on the right is the C21 rider, Agblog Grinspear. 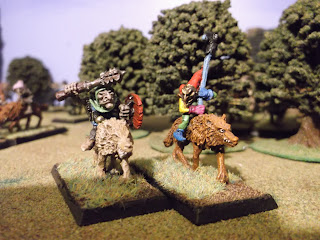 Another C21 rider on the left, this time Grubtog Clubspike.
The standard bearer is a converted Chaos Familiar (only converted in that the legs needed bending). 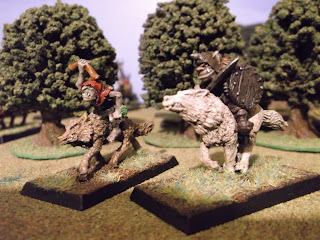 C12 Goblin archer, and a closer view of the ME-41 Warg Rider. 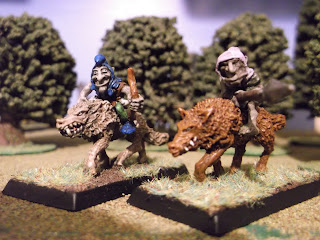 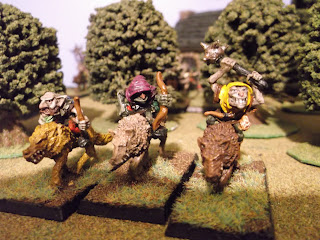 Two more Goblin archers, and strangely the same goblin from earlier that I seem to have photographed twice!
That's Goblins for you, mischievous little photobombers ;) 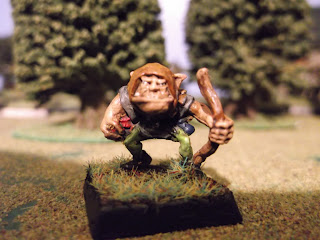 ...and a random Goblin archer. 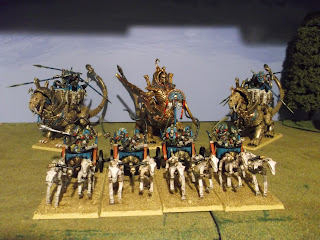 Tomb Kings:
I am considering doing a blog update showing my current edition Tomb Kings army. I know it's not 3rd edition, but wondered if  people might like to see them ?
(Don't worry, I am not running out of old stuff to photograph!) 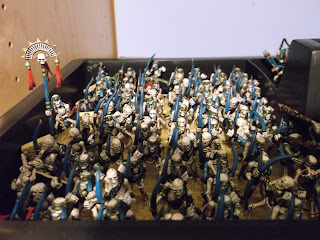 ....and now with added archers.