After reaching 10,000 views on my blog yesterday, it was suggested by Thantsants that I post a picture of a 10,000 point army.

So I thought I would go for the Slann as I have'nt seen them all on one board as an army, and as it turned out, I still have'nt.   I did'nt have enough room for the Pygmies, Lizardmen, Troglodytes, Bound monsters, and Dragons, but have managed to photograph all the Slann and the Human Slaves in one place.

I do also have about 40 or so Slann for a Spawn Band unit and some of the Cold Ones riders, but they are not in the picture as they need to be assembled and allocated to regiments first. I did add the Cold Ones themselves to the photo to give the impression of them being there.

For closer views of the army please look at the previous blog entry:

Apart from the Slann, I have been continuing the painting of the Bretonnians, and have managed 14 Knight and a Wizard, and have made a start painting the peasant Rascals.

For the next update I plan to write up an inventory with photos of all the 3rd Edition Army list entries, Ally Contingents, and Mercenary Contingents that I have .
I'll get back to photographing Goblins next week :) 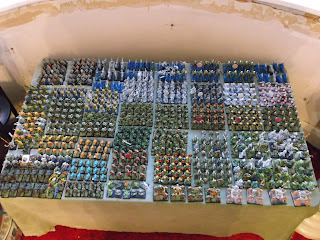 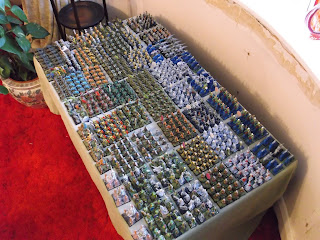 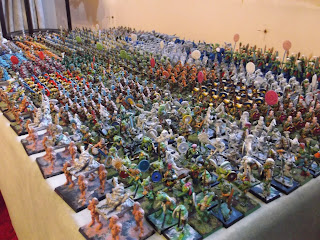 View along the battle line. 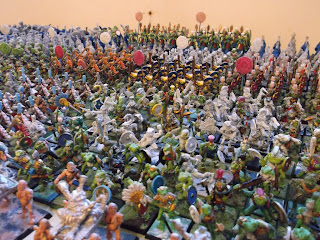 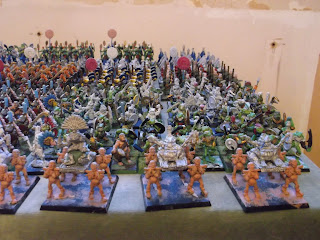 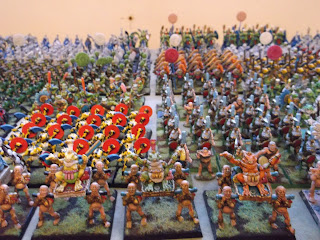 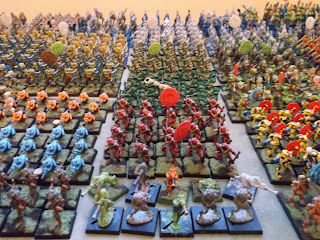 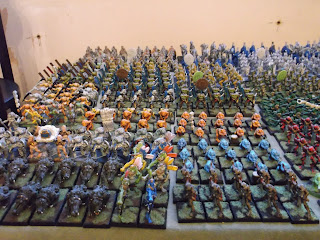 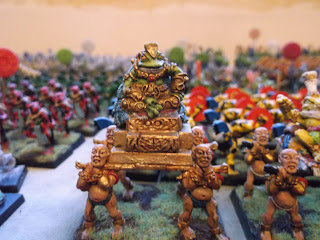 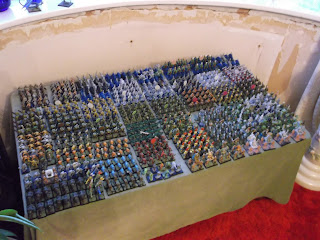 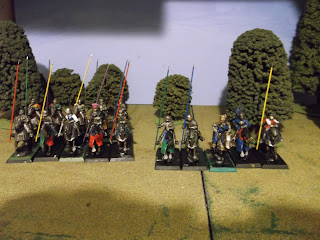 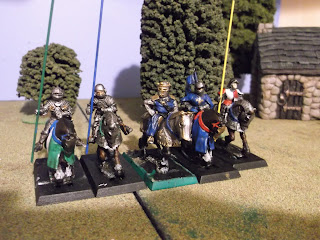 The King and five of the Chevaliers D'Honneur.
I have'nt actually painted the Knights up to fit in an particular regiment, but have been painting them up as individuals. 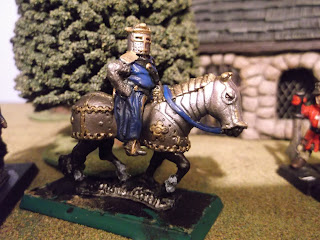 The King of Bretonnia. 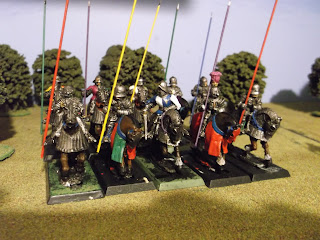 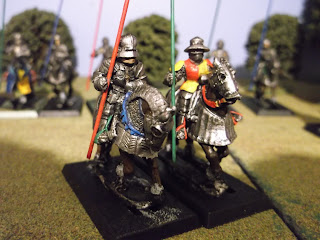 2 of the Knights close up. 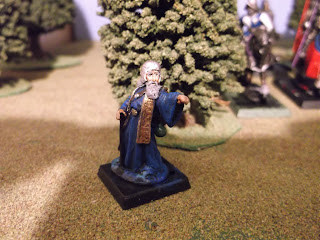 Level 20 Wizard WIP.
Need to finish off the robes and scarf.
As in Dave Andrews Bretonnian army, I thought I would paint him up blue, as another Adept of the 'Sacre Bleu' cult ;)  .