This is just a quick post of a further Goblin regiment.

I have been rather busy of late, and have also not been painting due to my arm, as it has ached all the way up to the shoulder, so I have been  resting it and it's now starting to feel better. Soon be painting again and getting the Chaos army will be finished.

I have also been sorting out my 1980's Empire and Bretonnians. Although in 3rd edtion you are of course free to make up your own army lists, I was wondering if anybody who does Bretonnian prefers to use the list in Warhammer Armies, or the updated replacement list in White Dwarf #137 ?

I am considering getting a few Foundry War of the Roses range, the old Citadel C26 Men at arms archers/billmen, and turning the Empire Army into a pseudo-English one by some billmen and max-ing out on the longbowmen (the Forstjaeger and Bergjaeger) and adding mercenary Forstjaeger.

Of course, this is getting ahead of myself. I still have the Chaos Army to finish, and the Dark Elves (I really want to paint up the Snakemen)  as well as making a start on the Wood Elves, but I would be interested to hear any feedback on the the Empire and Bretonnian ideas. 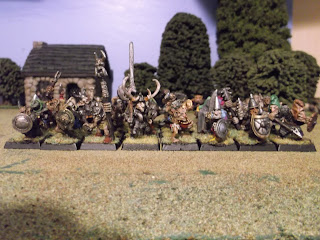 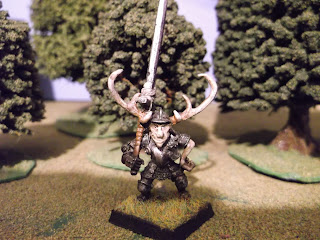 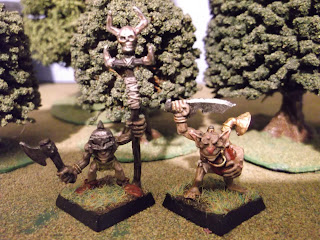 Two Goblins from the Command range. 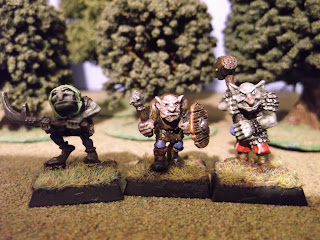 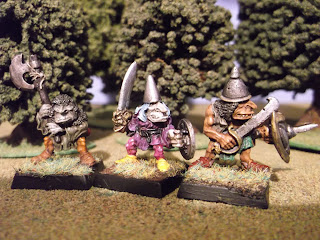 Three Iron Claw Goblins, the one on the right has a Harlequin/Blacktree Saracen range shield. 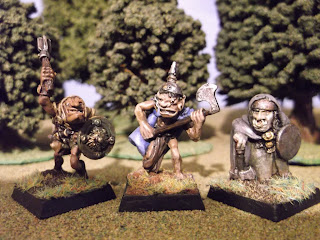 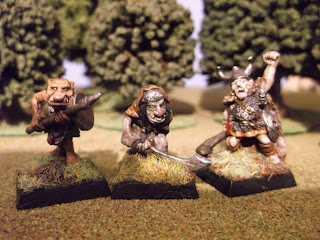 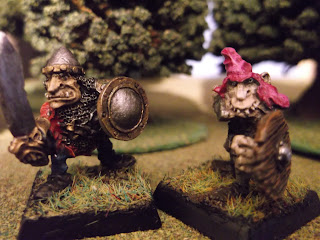 Two more Iron Claw Goblins.
The sword hilt on the swordman on the right is in the form of a lovely detailed Goblin face, although it's not clear from the photo. The teeth on the other Goblins are great. 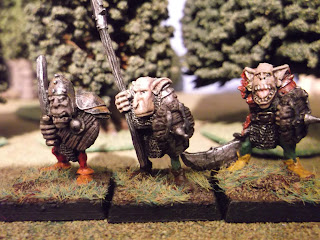 Three Harlequin/Black Tree Design Goblins, sculpted by Kev Adams in the 1990's.   They fit in really well with the 1980's Goblins. 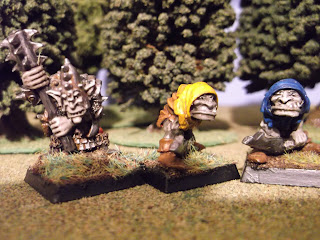 A fouth Harlequin Goblin on the left, and next to him two of the same Kev Adams Goblins from Citadel in the 1980's. I love the expression on the two of them, always reminds me a little of Animal from the Muppets. 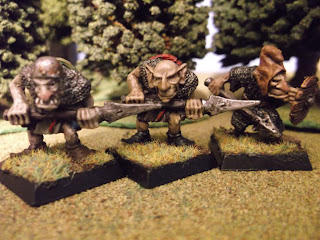 Three Goblin Javelinmen. The two on the right being variants of each other. The third being a variant of the central one in the photograph below. 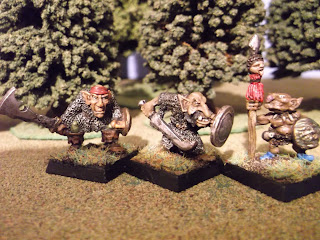 Two later 1980's Goblins, and on the right a spearman from the C12 range named 'Spear thruster' . 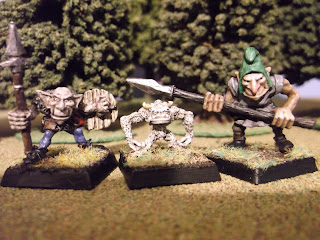 Centre is another one of those roaming Chaos Familars that lurk amongst the Goblins. He is named Daemonet.
The other two are Goblin Spearmen from the later 1980's. 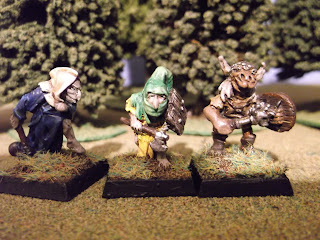 Two solid based Night Goblins from the C13 Range, and what I think is a Heritage Miniatures Goblin. 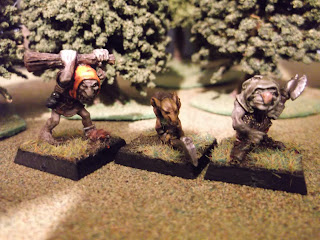 Centre is a Harlequin Lesser Goblin, and either side Citadel Goblins.
The one on the right has had his broken off mace replaced with an axe head from the plastic Skeleton Horde sprue. 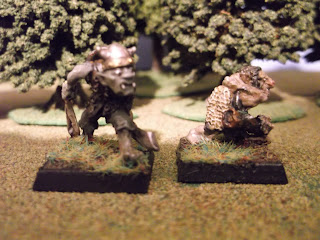 Finally, a Goblin slinger from the Citadel ADD range, and a Goblin with a net and club from the mid 1980's. 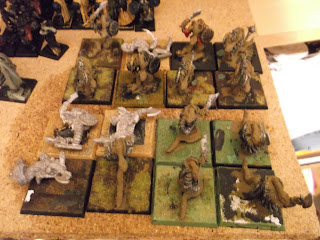